Breath of The Mild 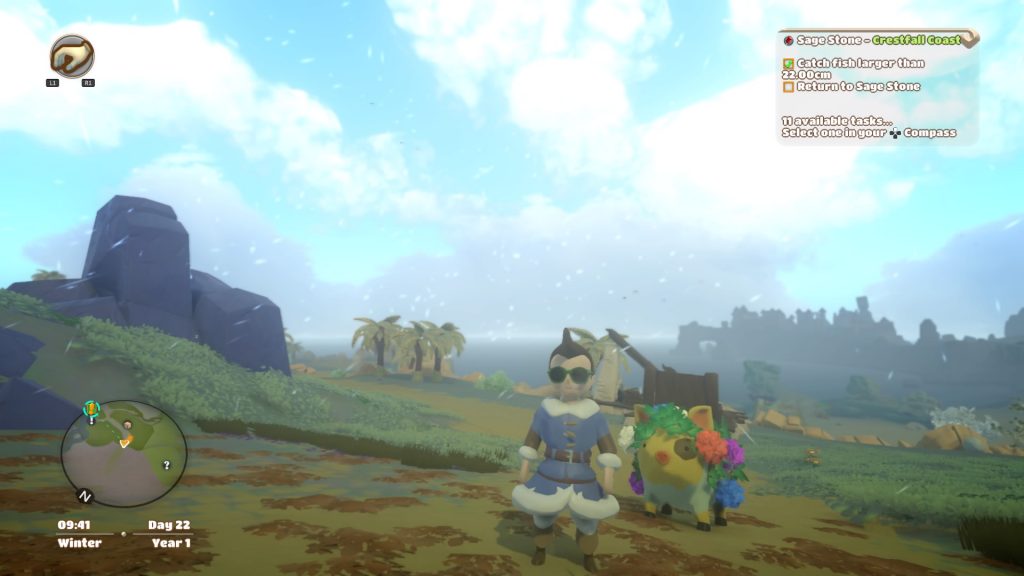 A curious thing happened on my way to a relatively ‘meh’ review of Yonder: The Cloud Catcher Chronicles. The masses. You see, most professional reviews of the game echo my own. It’s an aesthetically beautiful game that’s a mile wide and about two inches deep. While IGN, Polygon, and other popular outlets (including this one, ultimately) give the game middling marks, those mediocre professional reviews stand in stark contrast to Yonder’s overwhelmingly positive 9/10 on Steam from thousands of user reviews.

But first, what *is* Yonder? The setup is simple and endearing. Following a shipwreck, you’re charged with clearing ‘the murk’ from the mystical land you find yourself beached on. To do so, you’ll help improve the environment by starting a farm, helping town folk, planting trees, rescuing kittens, discovering pixies, going fishin’, and lots and lots of crafting. To progress you’ll discover mystical sprites by way of completing objectives and exploring, that are then used to open new sights, sounds, and biomes.

So, there’s lots to do, but none of it is particularly challenging or dynamic. There’s items to collect and craft, but few of them have specific applications other than their monetary value or visual appeal. You can build a farm…but there’s no point in really tending to it. You can explore a gorgeous world, only to find it lacking in enriching activity and progress.

This game cries out for a variety of mini-games to entertain the player, to keep them engaged and challenged. Alas, outside of some fishing, there isn’t much in the way of gameplay variety. Thus, to borrow a yiddish phrase, it’s hard to find the chutzpah to return to Yonder, because the systems never really click together or keep you coming back for more.

Where Will The Children Play? 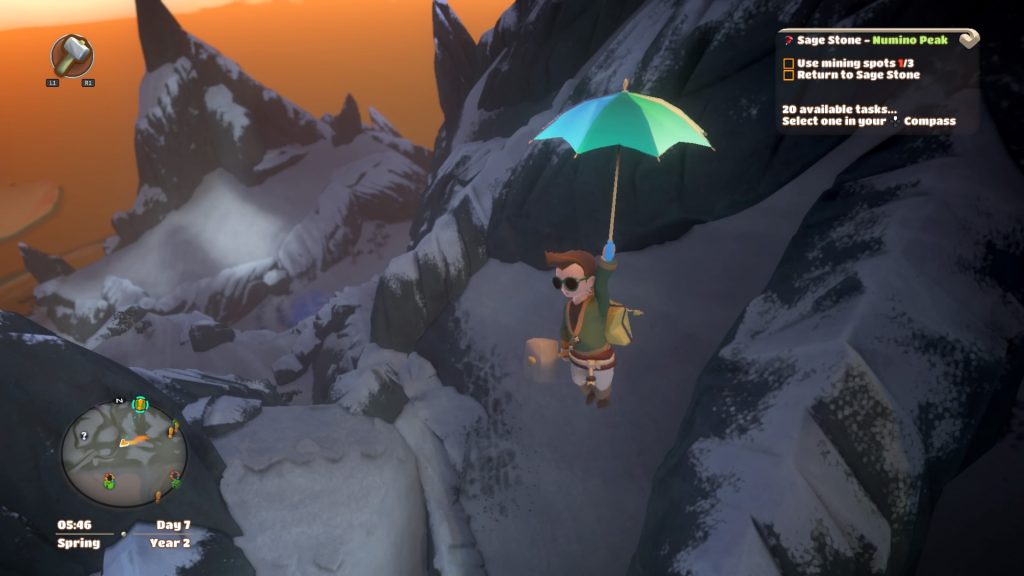 So how to explain those darned Steam reviews, then? Most championing sentiments regarding how relaxing and serene the game is. And they’re right. Yonder: The Cloud Catcher Chronicles is a fundamentally relaxing experience – it’s a warm summer breeze in game form. Towns, cliffs, deserts, beaches, adorable animals populate the world with a soft glow and abundant pep, and cascade upon you with good vibes and gentle intentions.

Yonder’s relaxing nature is helped by the game’s complete lack of combat. Which those Steam reviews seemed to praise, too. The lack of combat also means a lack of stress and a lack of potential failure. You can putz around the game world, collecting resources, crafting items, catching fish, and checking quest boxes with one hand on the proverbial wheel if you so choose – aided by an intuitive compass system that points you in the direction you need to go via a frankly angelic beam of light.

If you’re the kind of gamer that loves collect-a-thons but hates losing progress to cheap deaths, well, here you are. I imagine, in many ways, this is like assembling a multi-piece puzzle – the joy is in finding the next craftable, to complete the next quest to level up, and then rinse, repeat your way to completionist satisfaction.

Lastly, and perhaps most…profoundly, on Steam, there’s multiple anecdotes of parents sitting down to Yonder with their kids and placing the controller in their hands, confident that there’s no objectionable or particularly frustrating content to be had in the entirety of the game’s open world. And with that, I ‘got’ it. If I were a gaming parent and had a 4-6 year old and saw that the vast majority of games’ primary mode of interaction is violence – or insane complexity, I’d be desperate for a game kids could play that wouldn’t be condescending nonsense, while also being enjoyable for the parent to partake in. 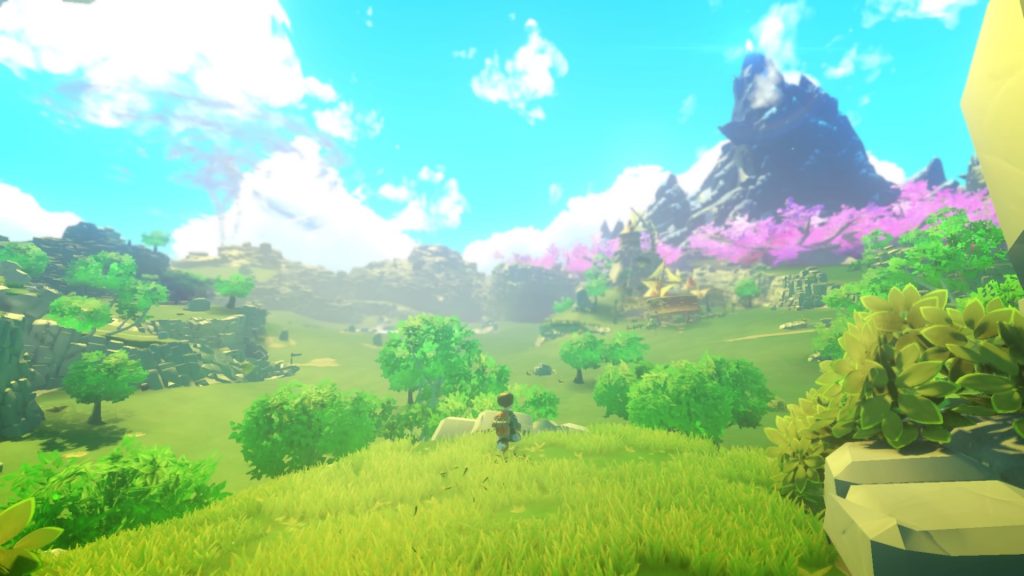 So, intentional or not, Yonder: The Cloud Catcher Chronicles exists as almost a gateway drug (or muscle relaxant). Final Fantasy: Mystic Quest for the open-world crowd. Exploring this game, and discovering sprites, hidden kittens, and how to craft items and tame animals, in such a genial a way is kind of wonderful if you put it in the right context.

And now I find myself at a cross-roads. There are literally thousands of people who really, truly, love this game. I do not. I was bored and suffered from ‘what do I do now’ itis. There’s also no way I can wholeheartedly suggest this game to people who relish in Doom and Skyrim and even Mario. Those who eagerly anticipate State of Decay 2 or the next Tomb Raider. Heck, even those obsessed with Factorio and Terraria may want to avoid this one. Yonder’s not as deep as Minecraft and not as robust as Stardew Valley or Harvest Moon. It’s breath is smaller than Zelda’s.

This isn’t to say these sorts of gamers can’t enjoy other types of experiences, it’s just that, well…they’ve likely had *better* versions of the experiences Yonder: The Cloud Catcher Chronicles claims to offer.

Then again there’s something to be said for a decent, family friendly, sorbet. Thanks in part to the folks on Steam, Yonder: The Cloud Catcher Chronicles earns itself a pass. A tepid recommendation for those who know what they’re getting into. There are better games, more exciting ones, but few serene, calming, and adorable ones like Yonder. It runs well on The Switch, and for a certain kind of gamer, you may just want to catch this breeze on the go.

Full disclosure: This review is based on a Switch  copy provided to Hey Poor Player by the publisher. 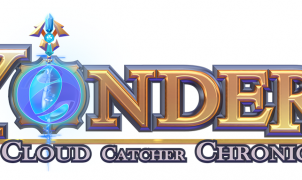 Yonder: The Cloud Catcher Chronicles Is Coming To Switch