Battle Chasers: Nightwar is out now on Nintendo Switch 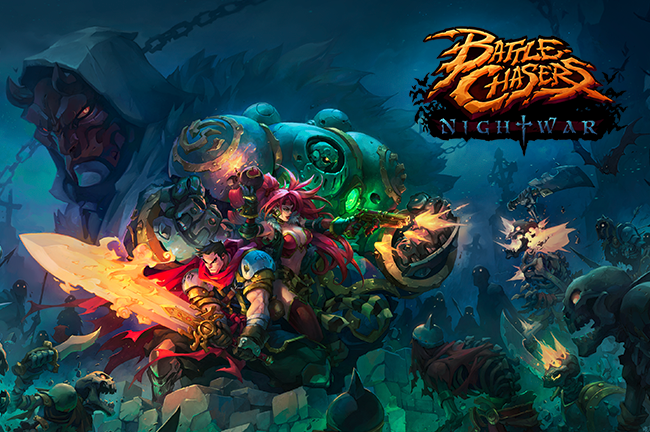 Battle Chasers: Nightwar is inspired by the classic RPG’s found on classic consoles featuring turn-based combat just like from an old-school JRPG with a unique overcharge mana system, deep dungeon diving, and a world to explore to unravel the rich story. Explore the beautiful, randomly-generated dungeons full of traps, puzzles, secrets, and loot. Traverse through an overworld riddled with hidden dungeons, rare bosses, and randomly appearing friends and foes. Build your party by picking three of six available characters from the Battle Chasers comic series, each with different abilities, perks, and skills.

Take control of Gully and her group of Adventurers and explore the Lost Continent. Follow the storyline to find the long-lost Hero Aramus. Defeat enemies in turn-based combat, level up your party, gather new materials, and challenge yourself in randomly generated dungeons.

Battle Chasers: Nightwar is available to purchase now on Nintendo Switch for $39.99.