In a Laser League of its own

Laser League is a competitive multiplayer arena battler that has really brought something different to the genre. It combines quick decision making, complex stage designs, and multiple play style to provide something totally fresh. Laser League takes a few rounds to get the hang of. But once you gain some experience, it provides some deep, rewarding, competitive gameplay.

In Laser League, there are two teams set against each other with the goal being to eliminate the other team. There are a couple different ways to eliminate the opposing team and this is what makes Laser League unique. Before each match, you pick what arena that you want to battle in. In each arena, there are lasers that come in different shapes and patterns that can be activated by running into them. Once activated, if the opposing team runs into the lasers they are then eliminated. But if a teammate runs over the body, the eliminated teammate can be revived and get back in the action. So each match has players frantically running around the arena trying to activate lasers while avoiding them at the same time. Lasers do reset and must be activated again so the team that is the most active in the arena and moves the most usually gets the win. It almost turns into a bullet hell game because you will be dodging so many lasers at one time. And on top of that, there is another layer of strategy added by combining the onslaught of lasers and your player’s abilities. 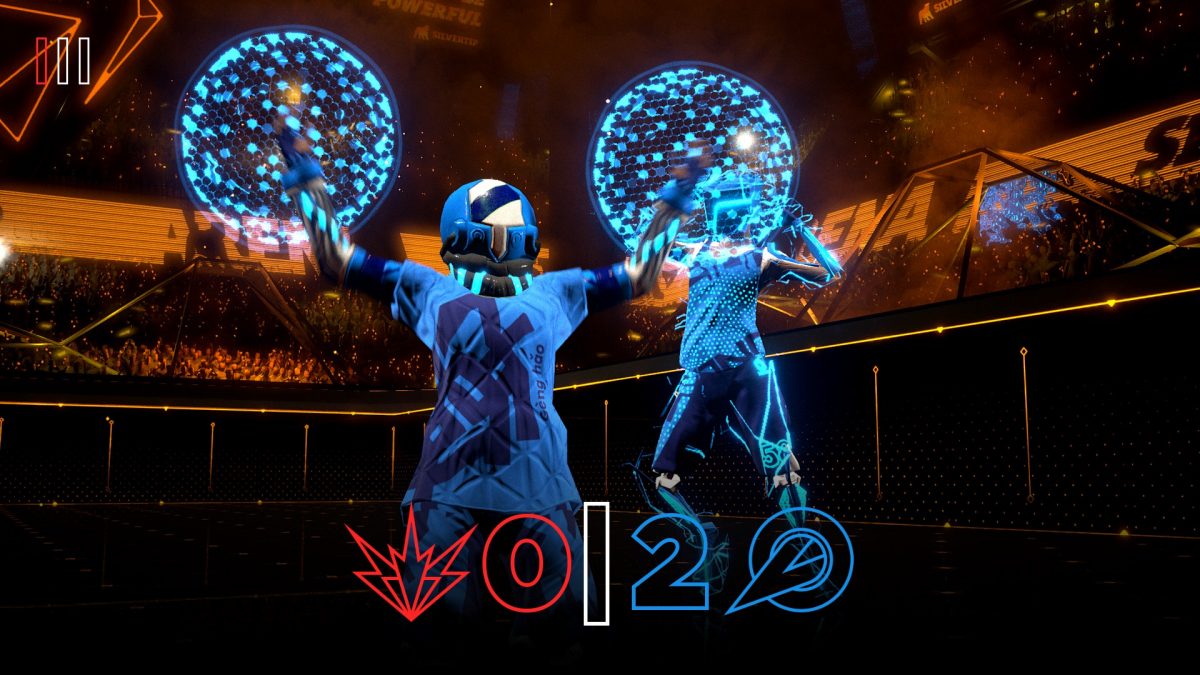 Just like choosing an arena, there are different characters to choose to play, who provide many different play styles. Some can stun enemies, some can straight up just eliminate enemies, and some can teleport through lasers. Now I know that usually in games players like to be on the offensive side most of the time – as in they want to be the ones eliminating other players rather than helping the team. But Laser League excels when played in a conservative manner rather than bringing it right to the other team. Yes, being very offensive can be fun, but stunning an enemy right before an oncoming laser takes them out is much more satisfying – or shooting right through a laser to pick up an ability that triggers all the lasers in the arena and wipes out the other team. Even running around and reviving teammates can almost guarantee a victory. And this is what I liked most about Laser League. Every aspect of this game is balanced so perfectly. No characters are too powerful. And no characters are too weak. Everything is crafted to provide a balanced and finely tuned competitive experience.

What I did wish for were some more characters to play as. While the characters that were provided were balanced and fun to play as, I just felt like there was a lack of variety at times. It’s not like they got stale to play as, more that I just wish I had a wider range of options to choose from. There are only two characters available to play as that can eliminate the other team with their movesets: the blade and the sniper. And I was terrible as the sniper so I always relied on playing as the blade. So if I wanted to be more offensive I really only had one choice. I would have loved to see something like Overwatch, which has a high amount of characters to choose from that are all unique in some way. 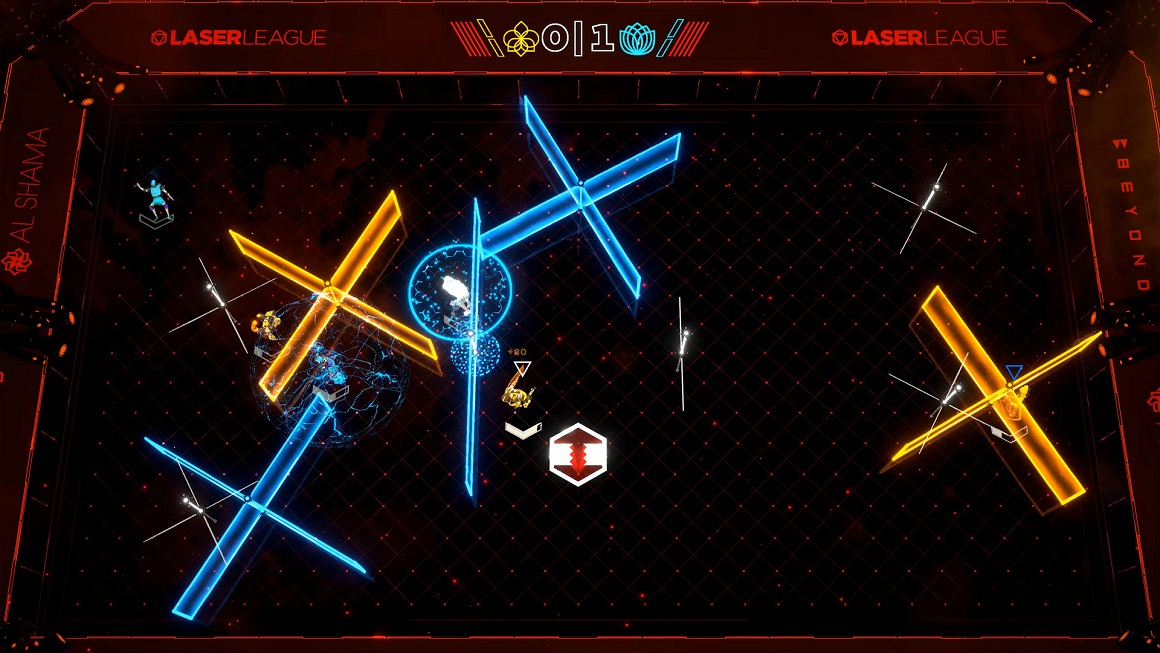 Graphically, I would describe Laser League as very bright. Being a top-down title, the characters and surroundings aren’t very detailed. However, the scenery is colorful and well-defined enough to make it clear what’s going on, which is very important in an arena battler. You must be constantly on the move. Always on the lookout for incoming lasers that must be dodged or maneuvered around. So each match has teams with contrasting colors that go against each other. And it works perfectly. Lasers are so easily indistinguishable which is so so important when these decisions must be on the fly.

Laser League is a very unique and fulfilling title. The fast-paced, pulse-pounding gameplay is addictive as all hell. The characters available to play as are all perfectly balanced and provide very different types of play styles. And if played with a group of friends, it can even be a better experience utilizing communication and teamwork. Now I don’t want to jump the gun on this one, but I could really see this game taking off just like Rocket League did. The competitive nature and repetition of matches could break into that competitive indie market. If this game is ever released on PlayStation Plus or Games with Gold then it could skyrocket and hook many players. If you’re looking for a rewarding, fast-paced multiplayer title, then I highly recommend picking up Laser League.

Full disclosure: This review is based on an Xbox One review copy of Laser League given to HeyPoorPlayer by the publisher.

Paint the world of STRAFE in pixelated blood.     Indies have earned a reputation for banking on nostalgia. Yooka Laylee, Mighty No. 9, and the upcoming Bloodstained have…