A charming, gore-spattered throwback to the arcade days 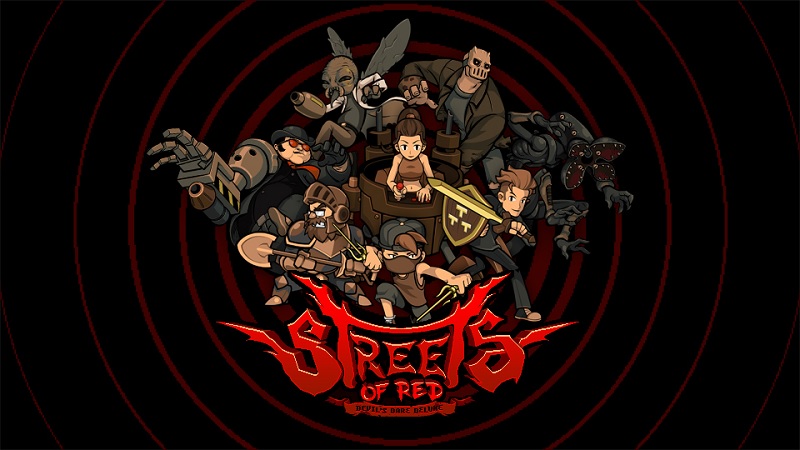 One of the cruelest injustices of the games media – besides the obvious stuff like not paying its writers, treating women like dirt, and comparing everything to Dark Souls – is the dismissal of the noble beat-em-up as a legitimate genre. Once, when we were all very concerned with Art and deciding which games were and weren’t Art, we looked at the simplicity of games like River City Ransom and Final Fight and decided they were too childish, not realizing that it was their dedication to simple, addictive gameplay with little input that made them, perhaps, the purest distillation of the idea of “game.”

All of this to say that beat-em-ups still rule, and so does Streets of Red, and I’m immeasurably pleased that such an excellent arcade throwback has made its way onto the Switch. 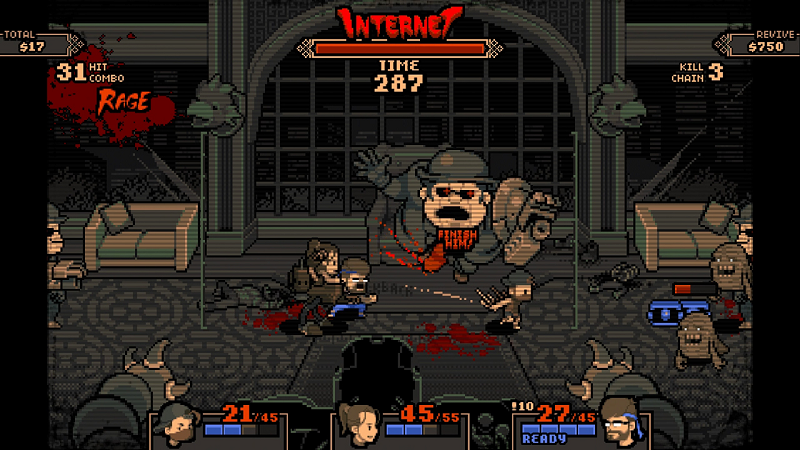 Who among us hasn’t wanted to kill the Internet at some point?

Streets of Red: Devil’s Dare Deluxe is mercifully brief with its story. There’s some business with a Red Fairy of mysterious intent and the group of cosplayers-turned-heroes that make up your party, but it really just comes down to this: there are monsters, make them dead. From there you’ll travel through four areas, which can be played in any order and which will become longer and more difficult if you choose to play them later.

The presentation is sprinkled throughout with references to other videogames and to games culture in general, but fortunately these references are handled with enough  restraint that they become charming, rather than the exhausting barrage of memes offered by something like the odious Rage Quest. If you happen to recognize that “Mister J” – a Brit in red sunglasses who orders the players to “Thank God For Him” – bears a similarity to a certain YouTube personality, or that another boss named “Big Mama” appears as a giant swollen leg to stomp the players from above much like another best-selling Switch port title, that’s all well and good. But if not, the bosses are still cleverly designed and a lot of fun to fight.

The graphics are mostly the sort of classic 90s pixel art you’d expect from an indie throwback of this type, with a dull brown George Romero aesthetic, punctuated by bright bursts of red, that nicely fits the horror theme. The music is catchy and repetitive, and the whole package feels charming and cohesive. 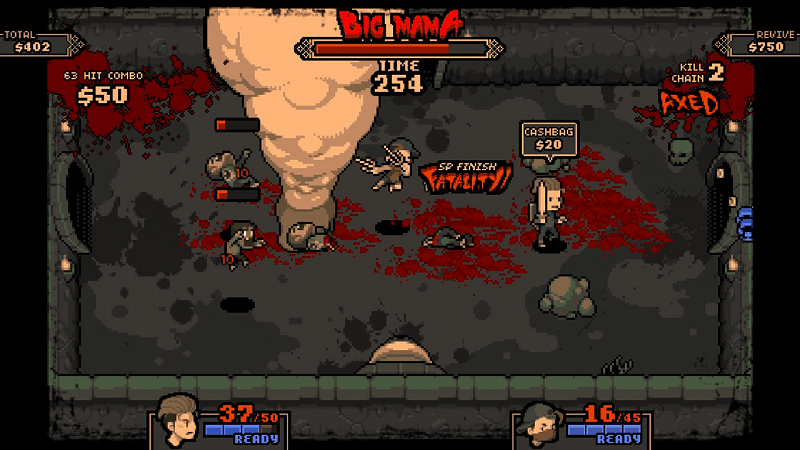 Streets of Red has a lot of references, but it also has incredibly solid gameplay.

The fights themselves play out exactly as you would expect: you enter an area, enemies swarm, you mash buttons and combos until they’re dead, at which point you are allowed to move a little further to the right and do it again. Streets of Red is wonderfully unashamed of its genre origins – you even heal by eating fully-cooked turkeys off of the disgusting ground, as well you should. The punching is fast and satisfying and the combos are fun and easy to pull off, so you don’t really need anything else, but there is a small gameplay twist, which is the way that you can “Fatality” every enemy by killing them with a special move. You technically don’t have to do this, but it’s the most reliable way to get money, which is used to buy upgrades at the end of the level and to buy yourself an extra life if you die. And if you Fatality three or more enemies in a single blow, you get health, which is otherwise quite scarce.

In short, unless you’re an incredible player, you need to be doing Fatalities as often as possible. It’s a mechanic that took a little getting used to, especially since it adds an odd element of resource management as you need to make sure you have a few SPs (a mana-like resource required to execute special attacks) saved up at all times. But soon it just becomes part of the flow of combat – indeed, I really like how this mechanic means that the best way to get health or items is to fight better, instead of running away to a nearby ground turkey. 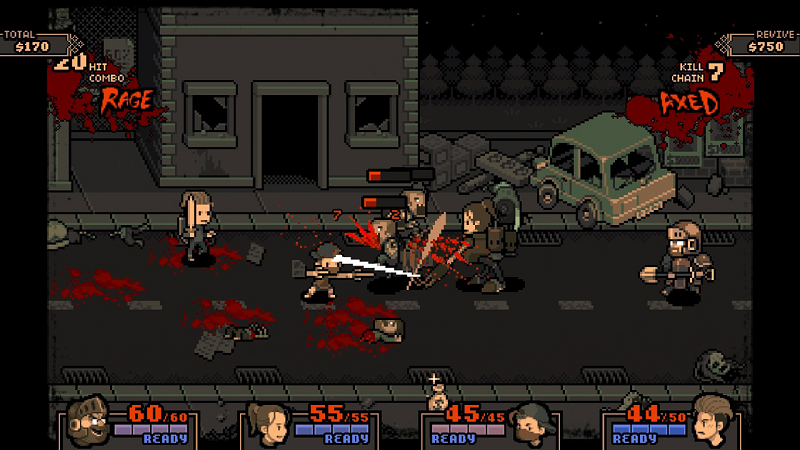 Punch! Kick! It’s all in the mind!

And that’s pretty much all there is to Streets of Red. There’s multiple difficulty settings, the most brutal of which is likely to test even the most experienced arcade veteran. The changing nature of the stages means that there’s some replayability, but not a lot. If that sort of thing’s important to you there’s also multiple endings, two hidden characters to unlock, and a Survival mode if you just want to test your skills against wave after wave of monsters. Personally, I felt that my time with Streets of Red was complete after a couple of playthroughs of the main campaign, but considering the whole package only costs a few dollars, I would definitely say that I got my money’s worth.

Streets of Red is “just a beat-em-up”, but that’s a very wonderful thing to be.

Full disclosure: This review is based on a review copy of Streets of Red given to HeyPoorPlayer by the publisher. 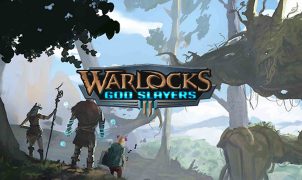