Need some help on understanding Labo? Look no further! 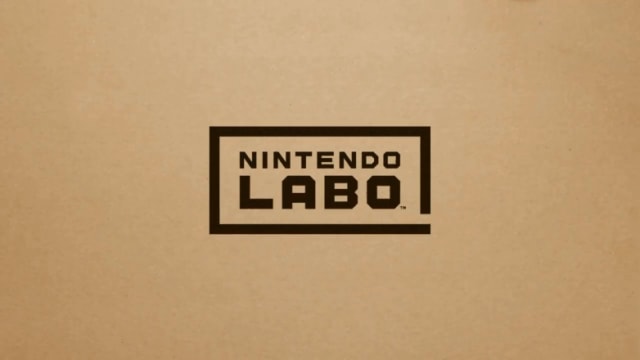 It’s been two weeks since Nintendo’s latest Switch peripheral — Nintendo Labo — has arrived in all it cardboard glory. It’s not an immediate runaway hit, but it’s certainly a success with most everyone who’s tried it: Digital Trends praises its worth as a teaching tool, Mashable speculates it’s changing the way we look at games, and even UPS’ expertise in cardboard led to a handy invention! Yes, the actual software involved may be little more than glorified tech demos, but its springboard into endless creativity has won over kids and adults alike, myself included.

Still, that $69.99 price for the Labo Variety Kit is a tough pill to swallow, especially when at first glance it looks like nothing more than a pile of cardboard. As we’ll discuss below, it’s certainly more complicated than that, but we designed this guide for anyone — especially parents shopping for their kids — that’s curious as to what all the hubbub is about. We don’t dive into elaborate how-tos such as building each Toy-Con, but simply aim to answer general questions on both kits (Variety Kit and Robot Kit, although we’ll be focusing on the former), decoration, repairs, and more. You should also be sure to check out Nintendo’s own official Labo site, as well as their own official FAQ, for any further questions.

What exactly is Nintendo Labo?

Nintendo Labo is a series of games involving D.I.Y. cardboard peripherals for the Nintendo Switch gaming console. Crafted around the system itself and the detachable Joy-Con controllers, the latter’s IR sensors and cameras bring the “Toy-Cons” — the categorization for each Labo creation — to life via motion control, IR stickers, rubber bands, and ol’ fashioned hard work. The Variety Kit includes five different Toy-Cons to build: RC Car, Piano, Fishing Rod, Motorbike, and House, and all are constructed and activated once you’ve inserted the Variety Pack game card into your Switch (for clarification, yes, that does come with the Variety Kit itself). 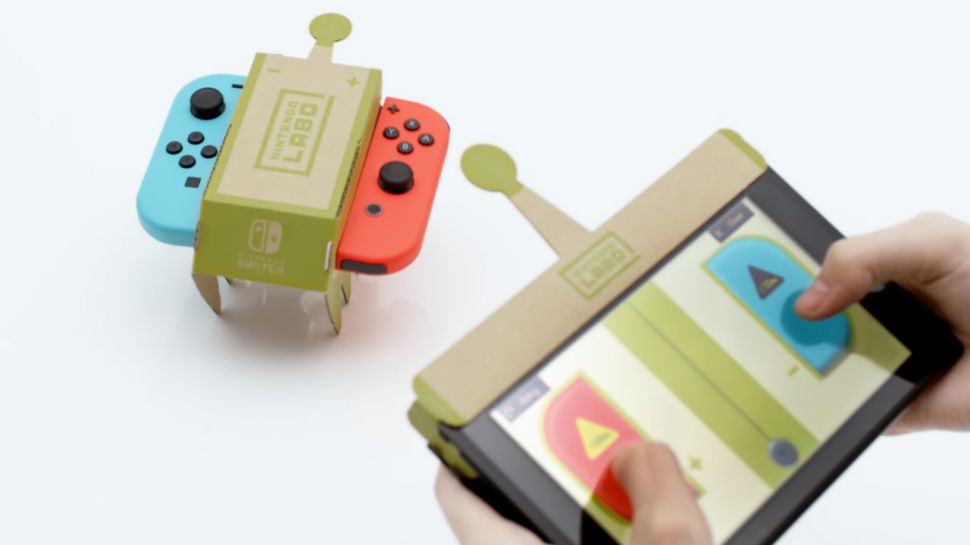 Naturally, each Toy-Con has their own respective purpose: the RC Car, which can skate around on flat surfaces, chase IR-marked checkpoints and — supposing you have two sets of RC Cars — engage in sumo fighting; the Fishing Rod, which can catch virtual fish; the Motorbike, which uses cardboard handlebars to race virtual contestants and the left Joy-Con to design your own courses (get this: you can even scan real-life objects to shape the course!); House, wherein you plug in Toy-Con Blocks to play various games with the virtual pet; and Piano, wherein you can play and record tunes via the cardboard keys or a self-built conductor’s baton. For a closer look, check out the line-up on the official Labo site.

Are instructions included for building each Toy-Con?

Yes; actually, the game includes elaborate interactive tutorials on constructing each Toy-Con. Depicting your cardboard sheets and Toy-Con materials in 3D, you are guided through a delicate, meticulous process in creasing your cardboard flaps, folding them, inserting them into little holes, and poking expendable outta them. What’s especially helpful are the interactive tools: you can rewind and catch bits you may’ve accidentally goofed on, or spin the camera about to carefully inspect each individual piece. This is all electronic, so thankfully you won’t be losing the manual amid all the cardboard!

Once you’ve finished your Toy-Con, however, you’re suddenly thrust into their respective software, so you may be a little confused in what you’re doing.  But don’t fret: in the “Discover” section, you’ll find the helpful trio of Professor Gerry Riggs, Lerna Lotte and Plaise Allatyme, fictional characters who’ll go in-depth on the purpose of each Toy-Con, further uses beyond the construction process, and even how they work. Their assistance is highly recommended not merely in getting the most out of Labo, but for educating your kids (or even yourself!) further on the DIY process.

How long does it take to build each Toy-Con?

While the in-game instructions list the approximate amount of time for each Toy-Con — the longest being the Piano at 150-210 minutes — that’ll largely depend on the trials and errors you’ll endure with building each one. For instance, the RC Car Toy-Con is listed as taking 10 minutes, but it took me maybe about a half-hour to make; meanwhile, it certainly took me more than three hours to build the Piano. In other words, you’ll definitely want to set aside some time for each one. 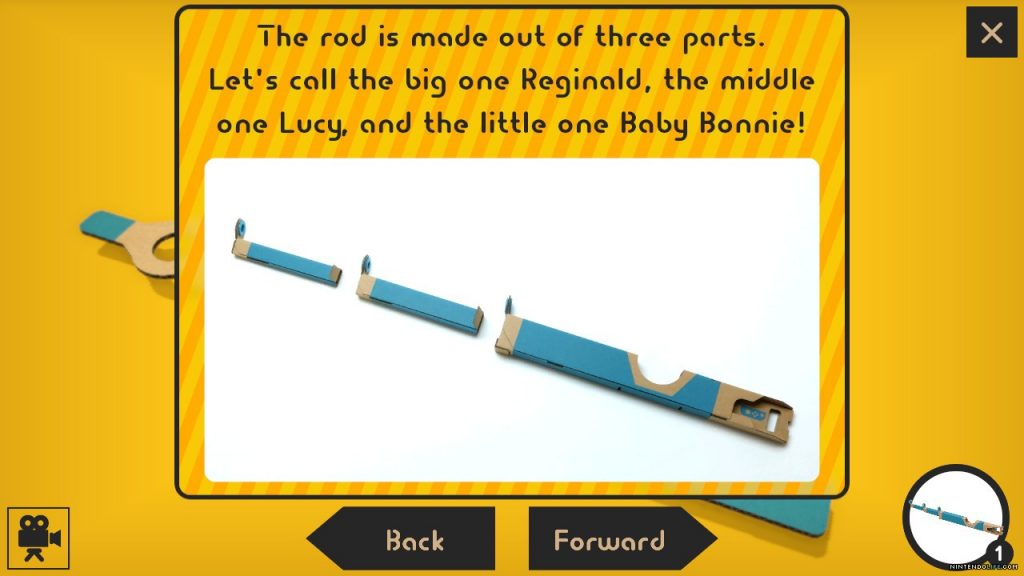 Don’t forget, though, that each designated step in the building process offers a break upon completion, so be sure to utilize those!

Well, taste varies from kid to kid, but regardless, Nintendo Labo is designed for children. We’ll be honest: most of the games provided aren’t that engaging for adults; for instance, while the Fishing Rod game is some pretty neat tech, there’s only ten fish to catch, so gamers with a “completionist” mindset won’t find much there. However, that doesn’t mean they won’t be excellent time-wasters for your kids: young car/bike fanatics will enjoy the physical hands-on handling of Motorbike, and House provides plenty of mini-game experimentation via the Toy-Con blocks.

However, music-inclined youth probably gain the greatest boon of all: given the wide variety of options including recording, octave adjustment, sound output variance, and Waveform Card customization, there’s a surprising amount of depth for children’s musical imagination to soar. Actually, even grown-ups are quite taken with it: check out how this guy plays a certain tune from Super Mario Bros. 3!

There’s also the matter of Toy-Con Garage, but we’ll get into that in the final section.

These look pretty fragile; are the Toy-Cons easy to repair, and are there replacement sets available?

As for the first question, it depends on how serious the damage is. If it’s just a rip exposing the interior, then that’s nothing tape can’t fix. However, if your kid destroys a Toy-Con via tantrum or your pet dog decides they’re chew toys, then yeah, you’re gonna need a replacement. But don’t fret, you don’t need to plop down another $69.99 again — just head down to the Labo Section of Nintendo’s Online Store and you can purchase any and all necessary replacement packs you need. As they cost only up to $13.99, they’re quite the bargain!

By the way, some users have reported their IR stickers have difficulty staying in place; in that case, we recommend using glue sticks as opposed to tape, as that’ll interfere with the IR camera process (this is also why tears and rips should be taped up as tight as possible, as too much light in the Toy-Con interiors will have the same result).

I heard you can decorate the Toy-Con pieces as well? What tools can I use?

That’s right! As seen here, you can use crayons, colored pencils, paint, stencils, colored tape, colored clothes/paper, stickers,  and more to customize your Toy-Cons and express your own creative flair! Actually, Nintendo has a Customization Set for sale that includes stickers, stencils, and tape rolls, so it’s an excellent way for free-thinkers to get their feet wet. (By the way, how many Nintendo characters can you recognize on that sticker sheet?) 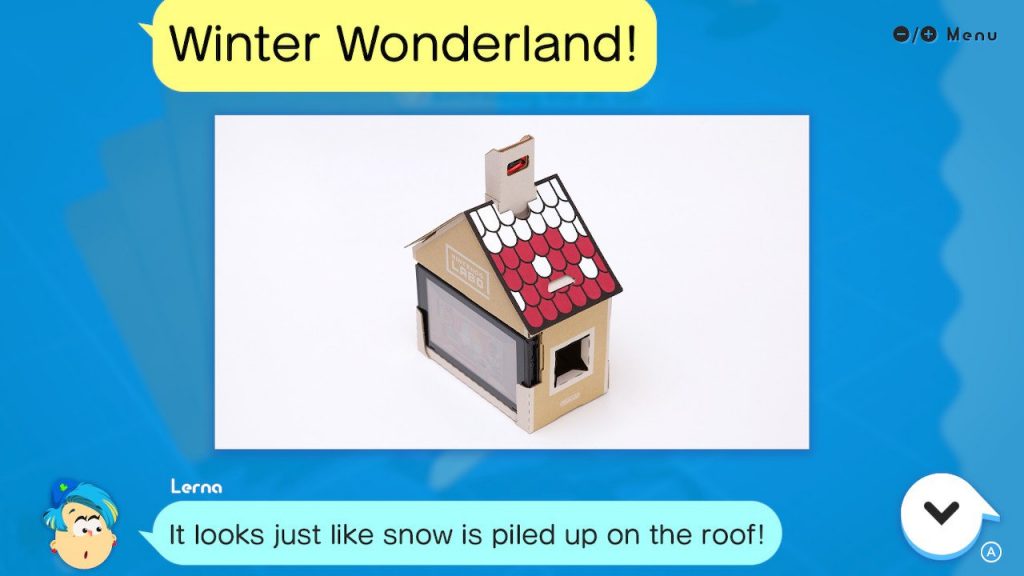 However, cardboard can be a particularly fragile material, so naturally decoration comes with some caution. For starters, never decorate and/or place anything on the IR/sponge stickers, as that’ll impede their function (or, worse, possibly damage them). Painters must also be extra careful, as the moisture can warp the cardboard’s structure, and too much water will dull the colors. As painting requires a precise touch, we might recommend easier methods such as crayons and colored pencils instead. Also, certain tools such as stencils require the use of scissors, so adult supervision may be necessary. Finally, bear in mind that while Labo comes with an appropriate number of IR stickers, rubber bands and more for the kits to function, you’ll have to provide your own artistic tools via the Customization Set or whatever you have laying around the house. Perhaps it’s time for a trip to an arts and crafts store?

Does the Robot Kit come separately?

That’s right: the Robot Kit is separate from the Variety Kit, and is available for a higher cost of $79.99. As seen on the official site, it functions as a cardboard backpack/visor that responds to stretchy Joy-Con wires, emulating the wearer’s movements in punching, stepping, leaning, and more. Be it attacking UFOs, destroying your in-game surroundings, or even battle against a friend wearing the same Robot set-up, there’s plenty of content to enjoy.

However, it apparently takes five hours to build, so you’ll want to set aside for a special day to make it!

What is Toy-Con Garage?

Why, it’s where you invent new ways to play! As detailed here, you can customize any input into any Toy-Con to induce various effects such as rumble, sound output, and emitting screen flashes. Alone, that may not sound very interesting, but that’s where creativity comes into play: you can invent a game of dominoes via IR markers, strum audible air guitars through motion, move the RC Car with the Fishing Rod, or even use the Motorbike as an instrument!

There’s already been plenty of cool inventions via Toy-Con Garage; for instance, a Japanese engineer created the world’s first electric wheelchair powered by Nintendo Labo. Meanwhile, games such as throwing objects into a hat and even Game & Watch recreations have been crafted, and let’s not forget these awesome cat-themed bongos. Can you believe someone even made a dog treat dispenser? There’s far more we could share, but we’ll let Kotaku and DigitalTrends take it from here. Really, our point is… 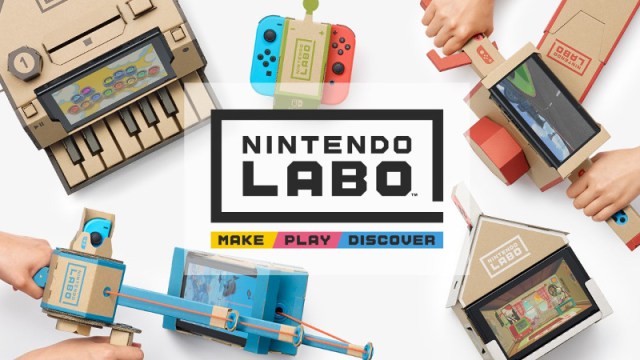 The Labo sky’s the limit!

Truer words have never been spoken! Hopefully our guide provided a proper introduction to Nintendo Labo, but we’ll be happy to answer any further questions in the comments. In the meantime, did you know cats really dig Nintendo Labo? It’s true. If you have any pets, you’ll definitely want to consider storing your Labo creations in a safe place… 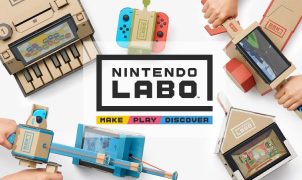