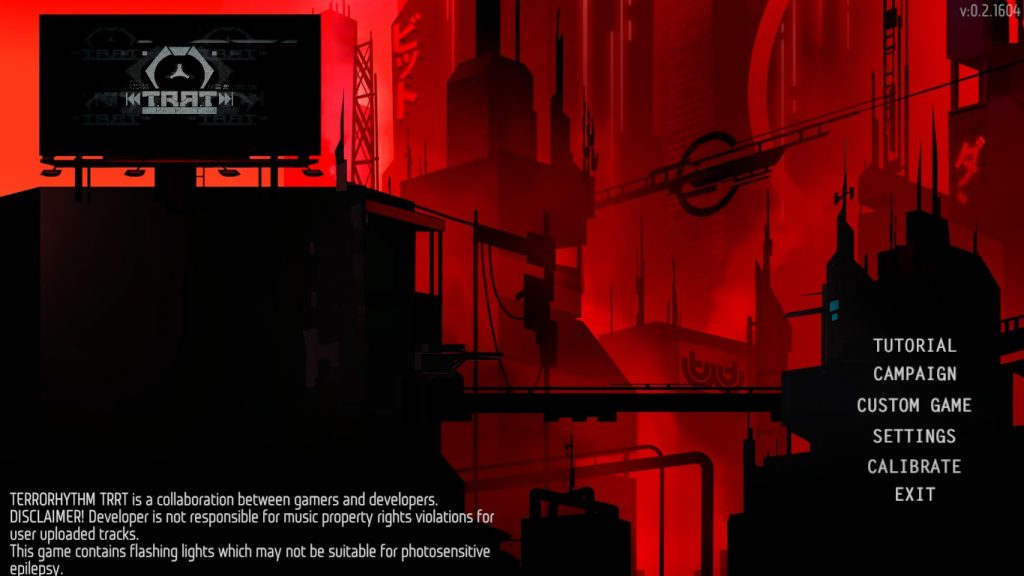 Beat-em-up games have ranked as one of my favorite genres of video games for as long as I’ve been able to pick up a controller. When you are pummeling large waves of foes unscathed, it almost feels like you are dancing by moving from enemy to enemy raining down blows in rhythmic succession. It is this sensation that always made me feel like the rhythm genre and the beat-em-up genre would make for amazing bedfellows. Fortunately, the fine folks at EvilCoGames had a similar vision because, thanks to them, I have been able to see interpretation of this concept in motion in the form of their game Terrorhythm.

In the 25th century, the world has fallen under the control of a totalitarian government. For reasons unbeknownst to us, they have decided to outlaw music and blanket the populace beneath a bedspread of silence. The player takes on the role of a lean, mean, kabuki beatdown brawlin’ machine decides to take to the streets and hit’em where it hurts in order to bring the bass back to the masses.

Pointing the Way to Terror Beat 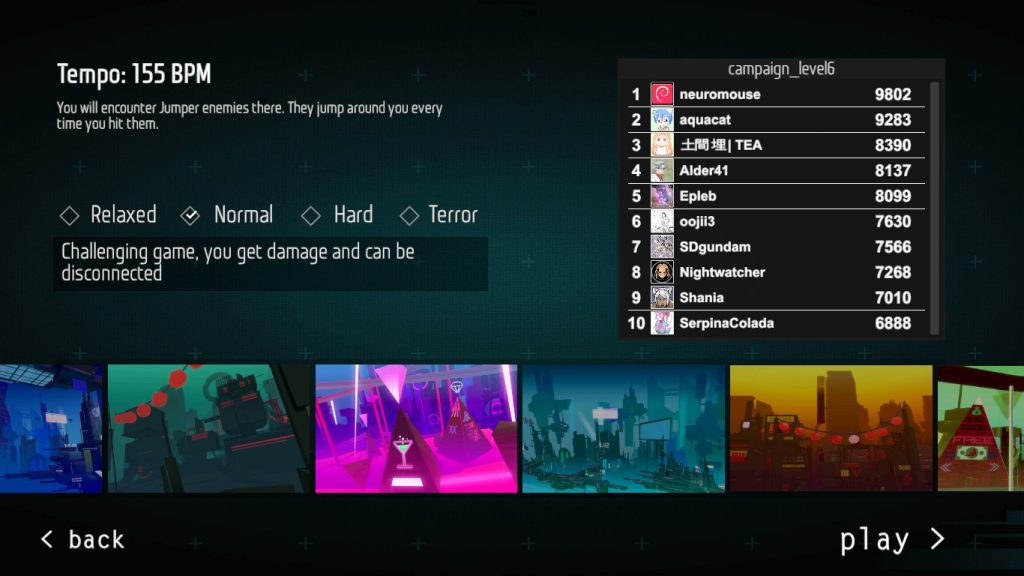 Terrorhythm‘s gameplay consists of the player avatar being positioned in the center of the screen. When the stage begins, music will start playing and enemies will begin to funnel in from both sides of the screen. Once they step within the character’s reach, the player must press the arrow key in the direction of the enemy in order to charge at and defeat them. Pressing Down on the keypad will extend the distance which the player’s attack can reach and pressing Up will initiate a BlastBeat charge. A BlastBeat is a more powerful attack that can do double damage to larger targets and can also cut through a pair of foes that are standing a bit too close to each other while they are coming towards you. All of this is happening while a music track is playing and the enemy lines are all coming in tune with the music being played. In order to maintain a score combo and attack effectively, the player must also time all of their input actions to this rhythm as well.

Things start out fairly simple with enemies merely consisting of grunts that go down in one hit and brutes that require two punches or a charged Blastbeat attack to topple. But with each new level in the campaign, new elements continue to be introduced. From densely packed grunts that require a BlastBeat attack due to being too tightly packed to defeat in tune with the song, to shielded enemies that demand you either use or refrain from using BlastBeat attacks to pierce their defenses. And while the tempo starts out slow and easy to manage, things eventually take a turn for the overwhelming with enemies coming in waves so densely packed and quick that even a single mistake could spell out a rapidly depleting life bar and eventual stage failure. 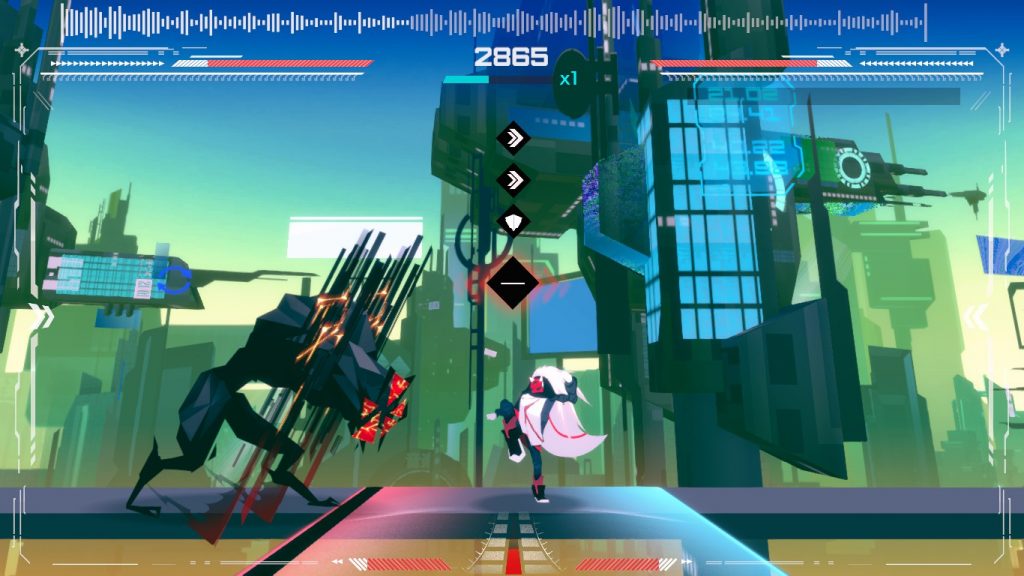 Mixed in with the waves of enemies will also be occasional power-up drops that will be released upon the death of an opponent. Indicated by symbols above the holding enemy’s head, each provides a unique temporary bonus to aid the player. The sword acts as a more powerful attack. The scythe extends the attack range to the max. The chakram offers up a ranged attack. And, of course, there’s the traditional health recharge. Each of these will ultimately result in a change to the player’s way of processing beat patterns too. A brute plus a grunt would normally take three beat successive attacks to defeat but with a sword in hand it would only require two. The chakram, in particular, was a power-up that altered my situation in a way that I honestly wish it could either be turned off or avoided altogether. It would deflected by shields even if I charged a BlastBeat attack and it kept me firmly in position preventing me from utilizing spacing to place distance between me and some enemies that I may not have had time to attend to at the given time.

A Mad Rush To Meet Their Maker 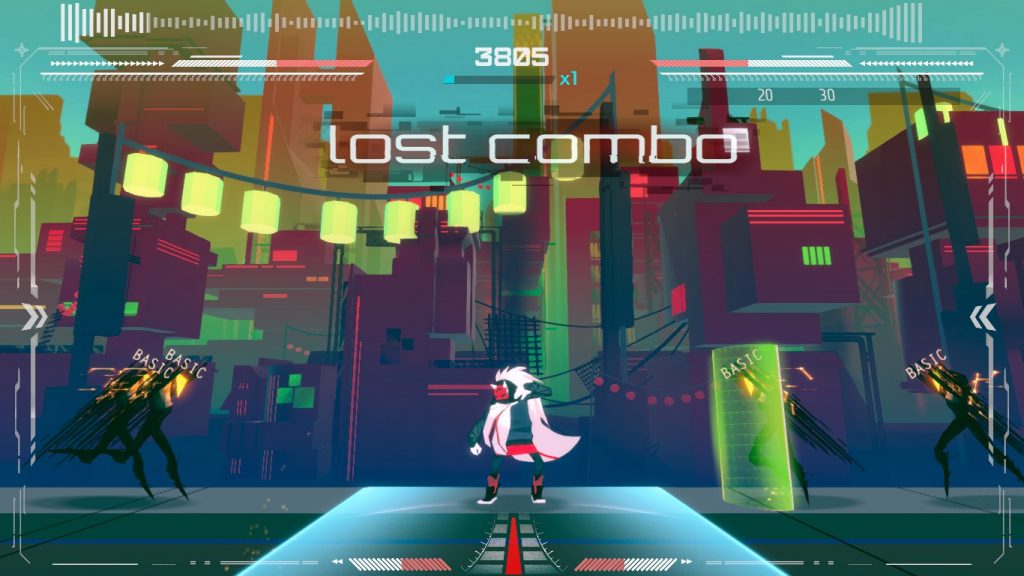 Ultimately, I had a great time playing this game but, unfortunately, the campaign only has a total of 14 stages spread out between a total of six songs. Even though each level also has four difficulties, this still leaves Terrorhythm’s main campaign for much to be desired in content. However, this is an early access title and the developer has stated that more content is on the way both in levels as well as music. In the meantime, there is also a custom mode available where players can upload their own music and play a stage tailored to the song after being analyzed by the game. The song can be played at either its default BPM or doubled. I decided to give this a try using “Soon” by My Bloody Valentine. Probably not the best song to choose but, at double speed, this ended up making for a rather frenetically frantic keyboard click-a-thon. It’s a simple tool with very few options for tweaking but it still makes for a good bit of fun for the time that it takes players to tire of experimenting with what their music has to offer Terrorhythm. 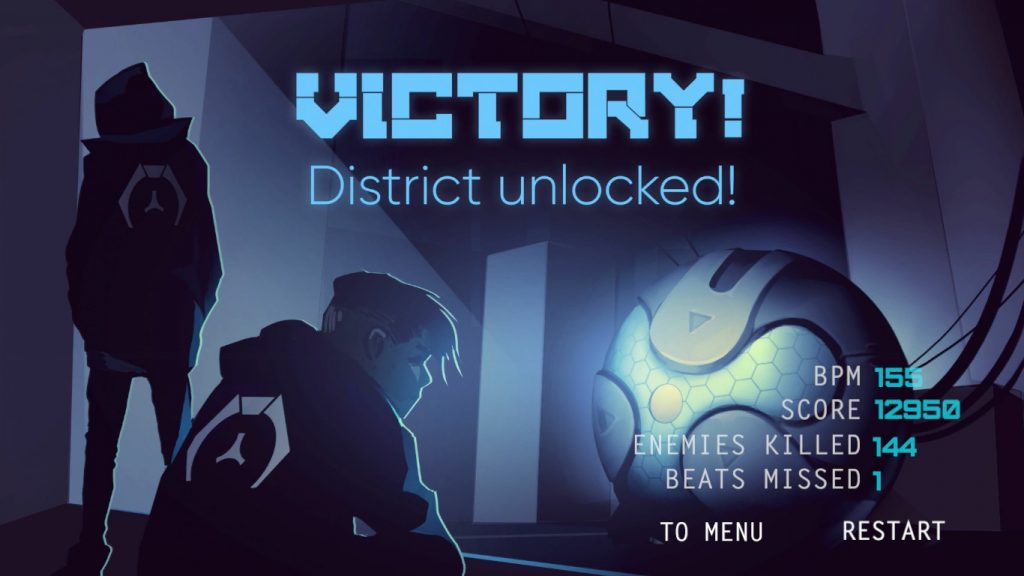 EvilCoGames has a great idea on their hands here with Terrorhythm and I hope to see it grow into something even bigger than I had exposure to here. More stages, a plot for the Campaign mode, more memorable music, and maybe even more enemy and character variety. But, in its current state, it needs a bit more of that aforementioned meat in order to become a hard recommend from me. Also worth noting that I didn’t experience any game crashes during my experience so it seems like some of those issues may have already been ironed out since the game’s initial release. The score presented below is my thought on the title as of 4/19/2018. However, in the event that EvilCo comes through with adding more content and possibly allowing players to ditch/avoid certain power-ups then I would honestly add an entire additional point to my score. Regardless though, the content of this review provides enough info about how I felt about Terrorhythm and how it plays to suitably inform any would-be interested buyers. If what I said sounds up your alley and the detriments don’t sway you then I wholeheartedly recommend jamming out to the Terrorhythm for yourself!

Full disclosure: This review is based on an early access release copy of Terrorhythm provided to Hey Poor Player by the publisher. 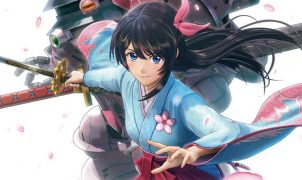