In Layers of Fear: Legacy you’ll discover the true meaning of horror. 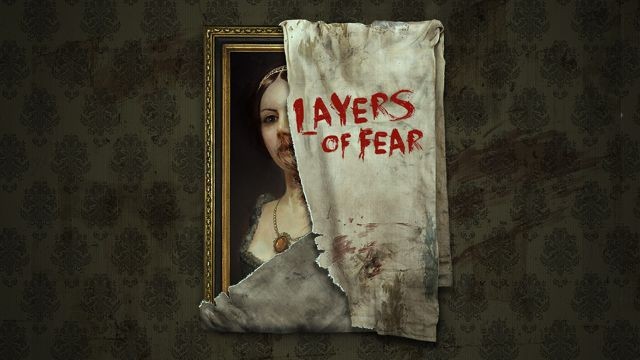 Layers of Fear: Legacy made me pee a little. Twice.

Not satisfied with making everyone on PC, Xbox and PlayStation cry themselves to sleep in fear, the Bloober Team have decided to take their horror game, Layers of Fear: Legacy, to the next level: importing it to the Nintendo Switch! Now you can be scared whilst on the go, and heck, isn’t that what all horror fans want?

In all seriousness, Layers of Fear: Legacy is a game that couldn’t have come sooner to the Nintendo Switch. While the console has games like Outlast 2 to its name, there weren’t too many games that really had the good scare factor that left us quaking in our boots and peeing our pants. Layers of Fear changes that completely, and what makes it so refreshing is that it’s up to you on how scared you want to be. Unlike most horror games where there will be instances where the game forces you into an area where terrible things happen, this game it’s entirely up to you where you can go and what makes it better is that these choices are there for a very, very good reason: the characterization of the nameless protagonist you play.

I’ll set the scene, however, you should expect spoilers. With that said, let’s go!

You play as a well-acclaimed nameless artist who has recently lost both his wife (through suicide) and his daughter, leaving him in a state where his only purpose in life is to seemingly create the perfect painting. You’re no doubt sitting there, scratching your head, wondering ‘how, how can he create the perfect painting when his life sucks so damn hard?’ Well, some people use drink to get through tough times. Our nameless painter? He uses blood, skin, hair and the hobby of gouging out his dead wife’s eye. Hey, to each their own.

Gameplay tells a story of its own. 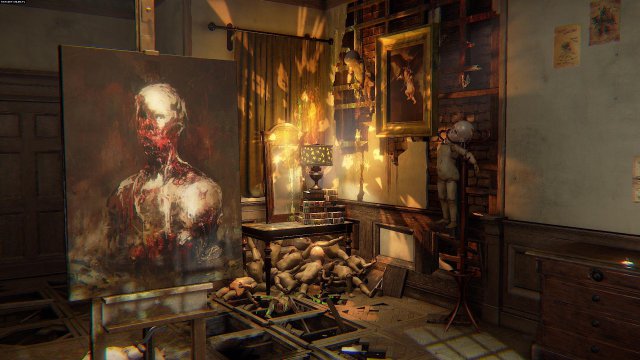 The game touches on themes of madness and sacrifice.

It becomes quite clear early on in the game that the painter isn’t mentally sound, which is a trope that is shown in probably 70% of most horror games, right? What makes Layers of Fear different is how madness is shown through thrilling gameplay that twists and changes to correlate with your previous decisions.

For example, you come to a hallway and there are two different rooms that branch out in other directions, one room is barely lit and you can hear the sound of a baby crying inside, whereas the other room is well-lit and the only sound you can hear is a gramophone playing in the background. You may think that this is just the game giving you two scary options, even with one dressed up in a warm, inviting manner, but that is not the case. The game is giving you a choice that links directly to not only the artist’s mental well being but yours too: will you embrace the madness of the pitch-black room or will you avoid it at all costs and go the safer route?

Gameplay isn’t necessarily punishing, but it can be difficult at times to understand what you have to do, so missing things on your first playthrough is a given. There was one puzzle where you had to figure out the right numbers to put them into an Ouji board, however, if you hadn’t picked up a note previously then you are doomed for failure as you’re now locked in a room with no way of knowing what the answer is. It can mean restarting the whole chapter again, as the game only seems to save when you enter the room where you are painting your masterpiece, yet another frustrating mechanic that is featured in Layers of Fear.

But looking past the poor save points, Layers of Fear truly does like to keep you on your toes. Gameplay rarely feels as though you’re just doing the same old thing over and over again, particularly because there’s just so many different ways you, as a player, can progress throughout the story. While you may think going through room to room would get stale, Layers of Fear doesn’t allow it to feel like that. Puzzles, hallucinations and (surprisingly) a water level keeps the game from feeling like a chore.

DLC offers insight about the protagonist, but not much else. 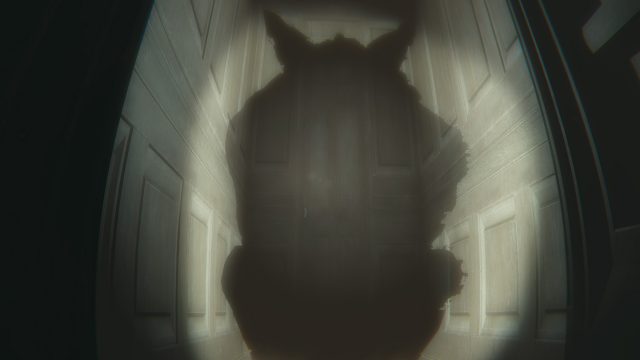 There’s not much difference in the DLC than the main story. Like one and you’ll like the other.

Layers of Fear’s DLC, Inheritance, places the player in the shoes of the daughter of the nameless painter who has returned after many years. Unlike her father, the daughter is much more talkative and often comments about things that occur as she explores the mansion from the previous game. Speaking of the mansion, there is also a very clear shift in who the antagonist is in this DLC. Whereas in the first game it’s obvious that the painter’s despair and guilt have warped the mansion into something he can barely recognize, it is the mansion itself that is the antagonist in the daughter’s eyes.

Sadly this is where most of the differences end as the controls are pretty much the same (and are as clunky as ever), as well as the collectibles being distinctly pivotal to getting the best ending. It’s one of those moments where you realize that this a game with the same gameplay, but just a different story. I wouldn’t say it’s lazy, but I almost felt comfortable going through the mansion in this DLC, rather than scared. Like, ‘oh there’s that painting again, oh and that jump scare is kinda like how it was in the original game, neat!’

To touch on the controls a bit more, the Nintendo Switch version of this game is a lot clunkier than it is on the PS4 where I originally played the game. When I played in handheld mode there were times when it took me a few times to try and grab the object I needed, often resulting me picking the wrong option and dying in the process. Tabletop mode didn’t give me this problem at all, however, playing a certain way shouldn’t make me feel at a disadvantage and it was disheartening to not play my usual way in order to have the full experience of the game.

If there’s one horror game you need to play on the Switch, this is it.

Despite what may seem like a list of misgivings about the title, Layers of Fear: Legacy is one of the best games I’ve played this year on the Switch and it most definitely deserves your attention. The gameplay is fantastic despite the awkward controls, and the story is phenomenal. The Switch doesn’t have a lot of horror games, so if you’re looking for one then make this one a priority and remember: play while walking home alone for added effect.

I’m joking. Please don’t play while walking. You will drop your Switch and cry.

Full disclosure: This review is based on a Nintendo Switch review copy of Layers of Fear: Legacy given to HeyPoorPlayer by the publisher.