Getting Addicted All Over Again 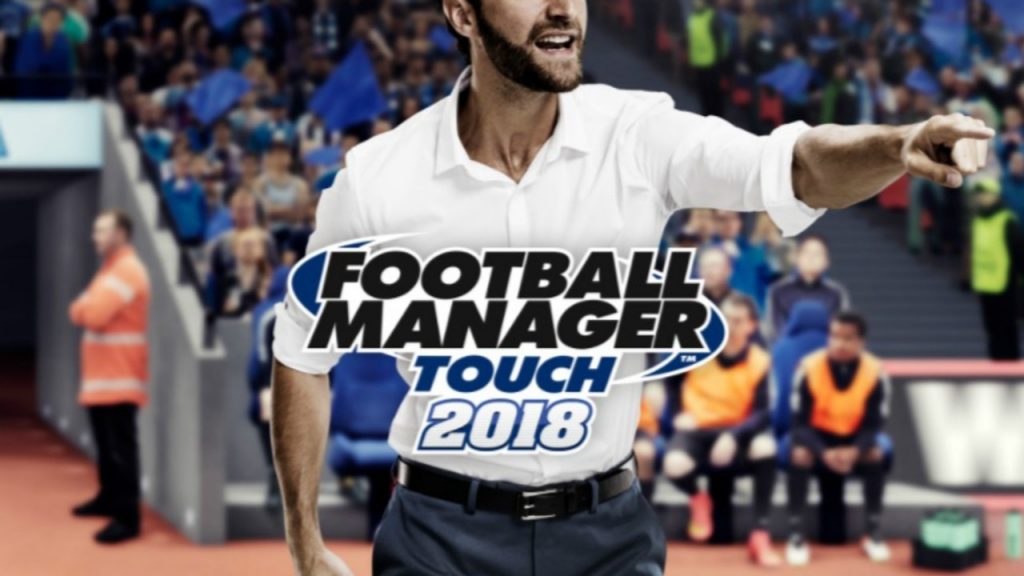 When I reviewed the PC version of Football Manager 2018 back in November I praised its ability to suck me into a sport that I knew absolutely nothing about. I loved the game so much that I almost didn’t review it because I couldn’t stop playing long enough to put my opinion onto paper…er…screen.  Despite me knowing nothing about football, I didn’t NEED to know about the sport because I delegated all the actual “football” to my assistant coach. While he was handling all of the grunt work I was dealing with player morale, post-game interviews, and tabloid rumors. After a few months, I had a team that led the league in almost every offensive category imaginable. My assistant coach and I actually turned a team that hated showing up to practice into a powerhouse squad that won nearly every game that they played. It was amazing!

Here we are 5 months later and I catch wind that Football Manager 2018 is coming to the Nintendo Switch. I might as well just kiss my social life goodbye. The only reason I would stop to play the PC game was that I needed to leave the house.  A man’s gotta eat! With this new Switch release, I now have no reason to ever stop playing. Hold on a minute. This is Football Manager TOUCH 2018.  Hmm. Whenever I see the word “Touch” I automatically think of a watered down mobile version of a full game…well except for a select few Wario titles. So does this “Touch” version fall into that watered down category? Eh, kinda. 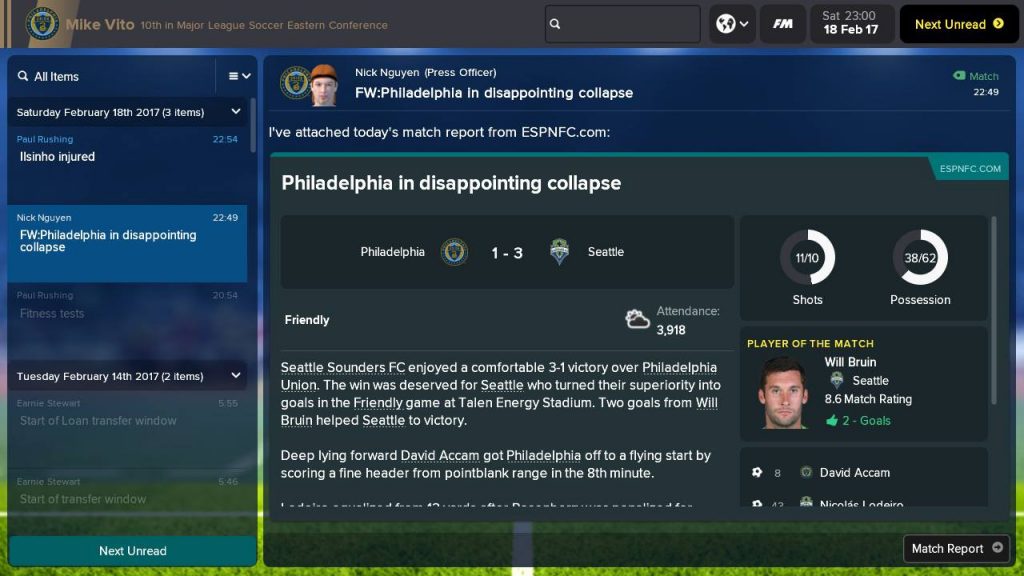 So what’s missing? If you’ve read my review of the full PC version, you’ll notice that I had the most fun with the game while interacting with individual players and media in between the actual football games. Well, all of that is gone. In fact, all of the media interaction is gone. All pregame and postgame interviews have been removed. The option to give an individual player a pep talk or scolding during gameplay is nowhere to be seen. This touch version simply has you set your lineup, set your in-game tactics, and jump into matches. In between games you still have to deal with injuries and signings, but they’re all done inside of an email system that involves layers upon layers of menus.

So what does this Touch version add? You can now touch the Switch’s screen to navigate some the menu system. This is a great addition if you happen to have small fingers. But if you’re like me and possess fairly thick fingers, then you’ll be better off using the Switch’s right analog stick, which acts as a mouse cursor. In addition to the cursor and the touch controls, players can also navigate the majority of the menus with the Switch’s bumper and trigger buttons. I shuffled back and forth between control schemes pretty often, but when all was said and done I believe that the combination of the right and left trigger and bumper buttons along with the right stick was the most comfortable. 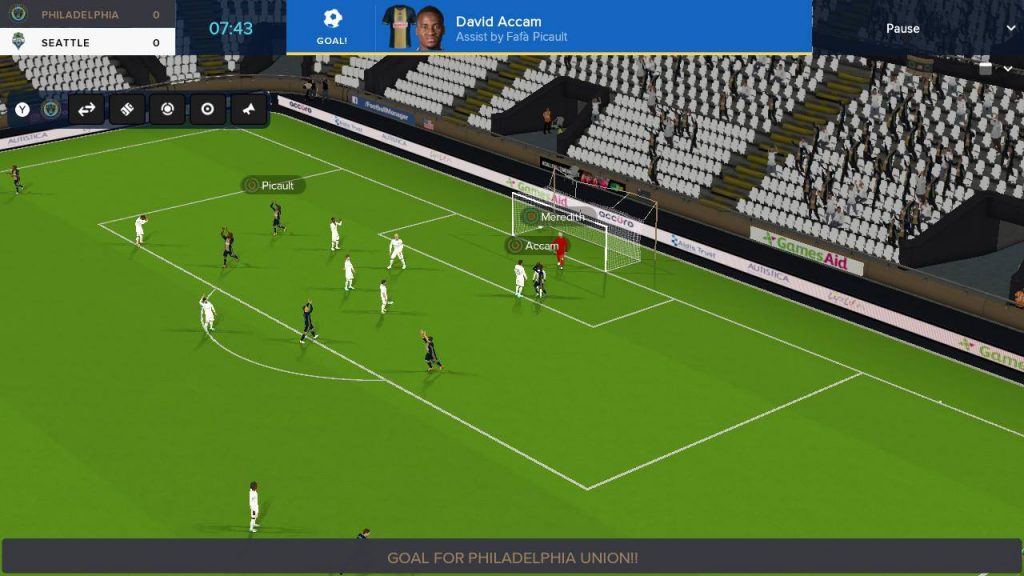 Game highlights have not been removed

As with the full version of Football Manager 2018, you can choose to watch the actual games play out.  While watching a game progress the player will be treated to in-game highlights, usually featuring goals or stops. This looks stunning while in handheld mode. If playing docked, the field and stadium visuals can look a bit muddy, but they’re still serviceable. Given the game’s portable nature, I doubt many would be playing this in docked mode anyway.

Did Anyone Order Rehab? 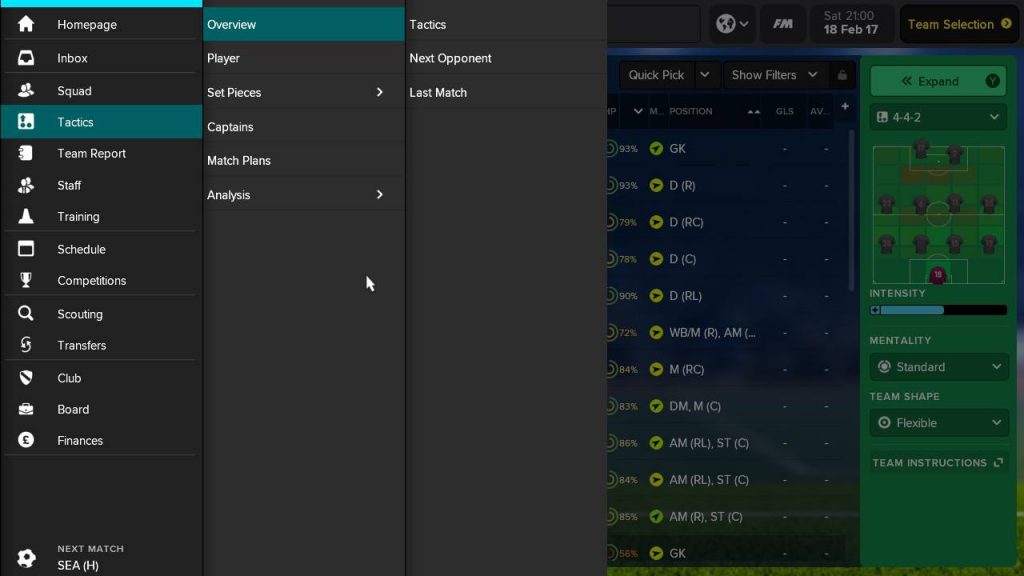 Layers upon layers of menus…all controlled by touch

After getting a few games under my belt I did get into a groove and that addiction did come back again. After a few seasons, I began to fully understand the menu system and I felt in complete control. That being said, no matter how much fun I was having, I just couldn’t stop thinking about all of the features that were missing. I couldn’t help but feel like I was playing a mobile version of Football Manager but on a console.  The more I thought about it the more I realized that playing FMT 2018 on my phone would probably be more convenient, not to mention $20 cheaper.

Should you get Football Manager Touch 2018 for your Nintendo Switch? That’s tough to answer.  If you have a PC and spend a lot of time gaming on it, then no. You’re better off getting the full version. Especially considering that the Touch version on the Switch is a hefty $39.99. If you don’t mind the removal of the social aspect of FM 2018, then this game is perfect for you. But for me, there’s just too much missing. Maybe one day we’ll get a full version on the Switch, but until then, this’ll have to do.

Full disclosure: This review is based on a Steam review copy of Football Manager 2018 given to HeyPoorPlayer by the publisher.