Join The Graffiti Art Movement From the Comfort of Your Laptop 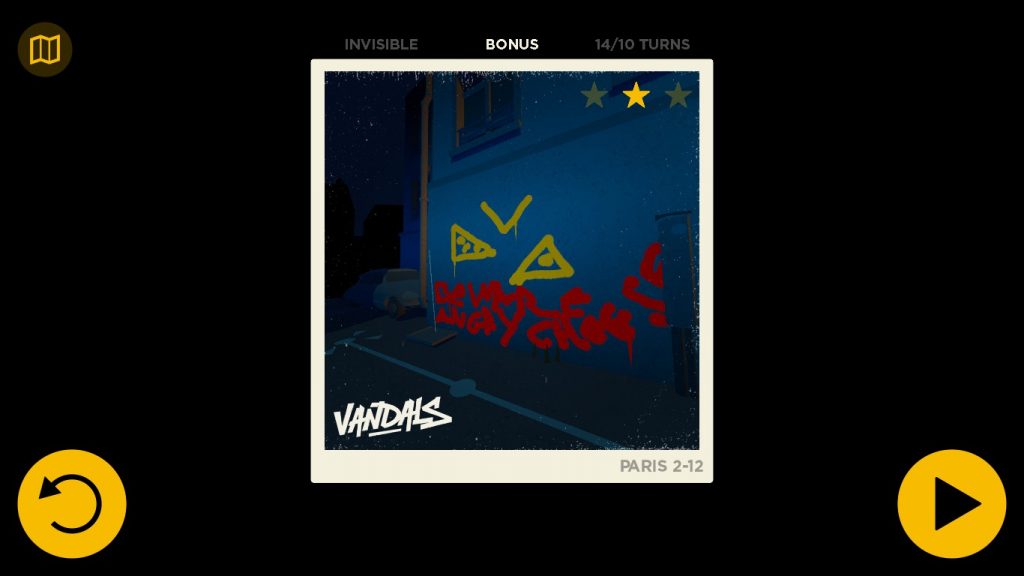 When I was a nerdy little teen, I did try to go through a rebellious phase. Since I’m far too wimpy and too much of a push-over with no self-esteem to my name, I can’t say it went anywhere, but I did wonder what having the courage to do graffiti art would be like. Considering that all my drawings look like a Pollock-inspired toddler, I wouldn’t have been that great at it. Yet with Vandals, I was finally able to live that dream in the major cities of the world!

Vandals is a turn-based, stealth, adventure, strategy kind-of Indie Game, created by Cosmografik, Novelab and Ex Nihilo. You are a hooded, misunderstood rebel with the aim of graffiting the cities of the world, during key periods in graffiti art. The player has to tag the walls with their mark, while avoiding the police who have nothing better to do than watch out for people trying to draw on the walls. Good thing no worse crimes were going on at the time!

Sneaking Around at Night 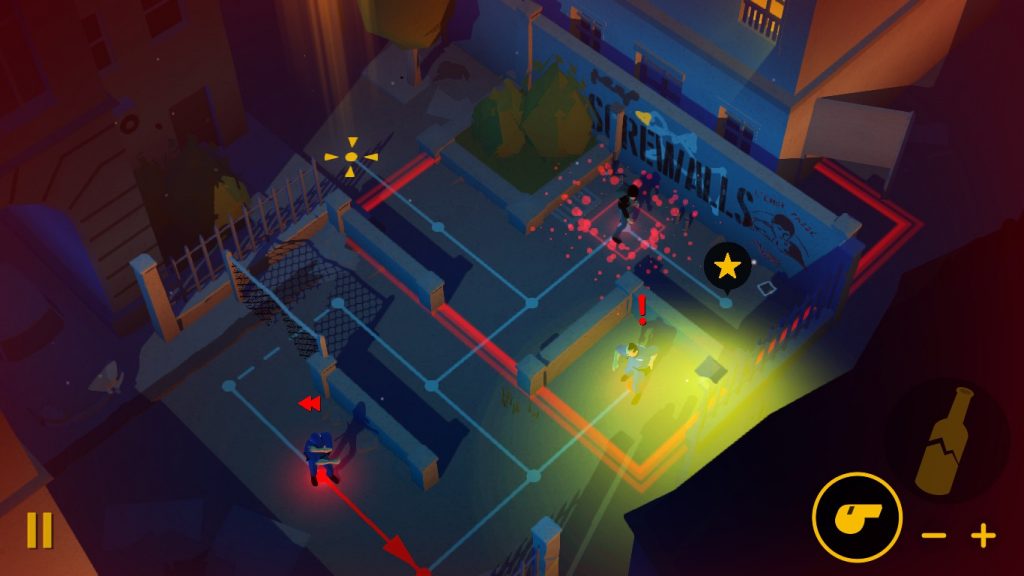 Each level you follow paths around a grid to get to the tag space and make your mark, then escape the area before the police catch you. You can distract the police by whistling or throwing bottles, in order to clear paths or throw them off your scent but can later cut through fences or climb down manholes.

I did get a little cynical at this point. If I can jump down manholes, then why not run away through the sewers? Granted it would stink and be horrible, but I’m already in the sewer. You also can’t carry more than one bottle at a time, which I discovered after deciding on the genius plan to collect all the bottles before making my way to the tag. Why can’t I do this? And why can’t I carry things to throw into a new level?

But that’s just me being pedantic. If you are caught by the police and fail the level, then you just start the level again from the beginning, so you don’t lose any progress. And it is very courteous of the police to wait their turn to move, rather than just chasing after you! If you’re two spaces in front of a police-officer, then they won’t be able to catch you (even if they’re looking directly at you), so keep your distance and you’ll be fine. They grow more sophisticated later by changing the direction they’re looking in ever now and then, but never look directly behind them and don’t learn a lot. They’re typically dim-witted video game mooks. They never seem to cotton on that whistles are meant to distract them, and they always investigate where the bottle landed rather than looking for where it came from. 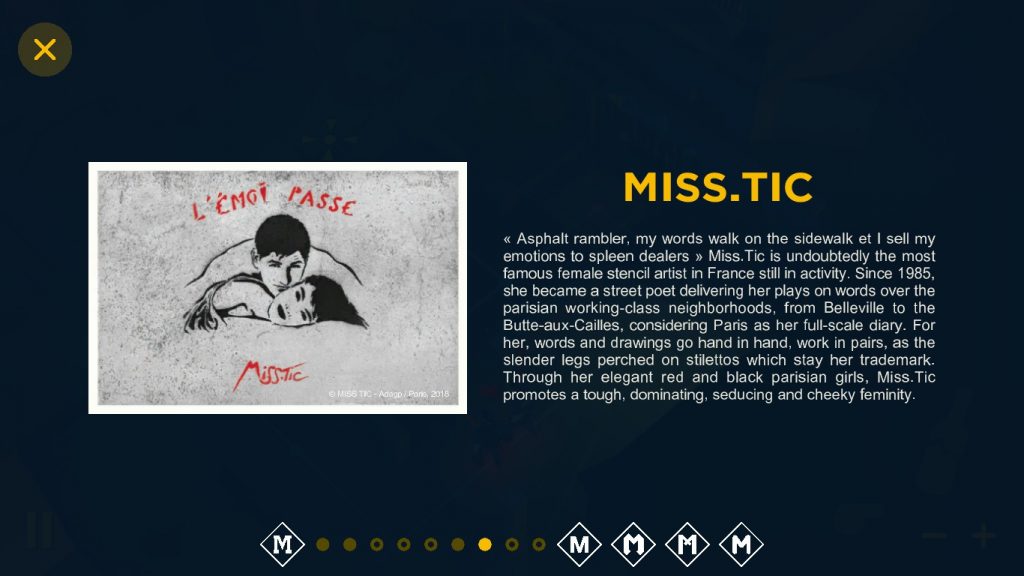 During your first mission, you choose your tag by typing it out. Then each level you can use the tag, but also decorate it with a variety of colours. What I love about the game is that there is never a time limit for how long you can take on your artwork. Even if the police are hot on your tail, you can sit there and spend as long as you please on your doodle! I decided to draw lots of pride rainbows surrounding my tag, to give them a sense of brightness and joy!

It’s a good idea to plan your route out before you start your tag. (If you stand still then the police don’t move.) After you’ve completed your art, nearby police will be made aware of your presence and will move to where you are. Luckily, if the police catch you, you won’t lose your artwork. When you restart the level, you have to go back to the tag point, but you can just paste your last image there again. It’s really considerate for the developers to add this. While my drawings weren’t very sophisticated, I can imagine better artists than me taking their time to make something great.

Some levels have descriptions of well known graffiti artists and educate you about the artform. As someone ignorant about the topic, it was very interesting. The smooth jazz playing some levels, adds to the artistic atmosphere, creating an almost sophisticated experience. Having said that, I think Vandals appearance might put some people off as all the cities look very similar. For such an artistic game, I’d have liked to have seen each city look a bit more original. 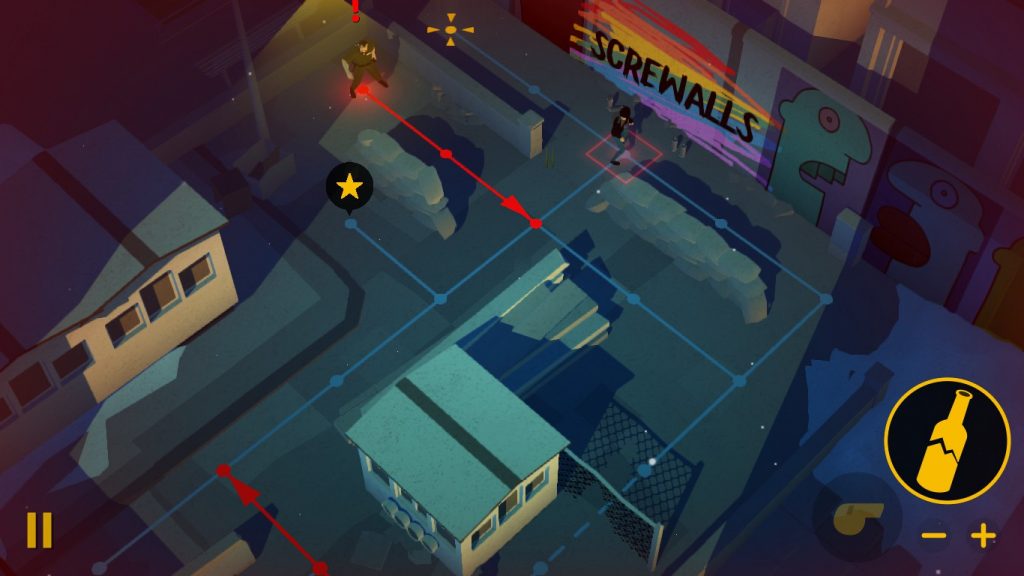 My biggest pet peeve with Vandals is that the reward system doesn’t seem to offer the player any motivation to do well. At the end of each level you are given a rating out of three stars. One star is awarded for invisibility, which you win if you are never spotted by the police. The second star is given if you reached the bonus area somewhere on the map and the last star is for completing the level within a certain number of moves. While these are fine things to complement a player on, they often contradict each other. For example, reaching the bonus area takes more moves, risking the last star and deliberately using less moves puts your invisibility at risk. This isn’t a problem per say, in fact it makes a lot of sense as a score system, but you don’t get anything extra if you get all three stars.

Vandals could be improved a little if gaining the third stars meant you had more moves for the next level. Or if getting the invisibility star three levels in a row gave you a stealth bonus. Right now, there is nothing to convince the player that getting the stars is worth it. Why should I make things harder for myself and get all three stars when I’ll progress in the game regardless? The game is still in an early post-release state, so the developers might have more plans for their reward system. If not, it’s something the creators certainly should consider.

Many Elements of Art 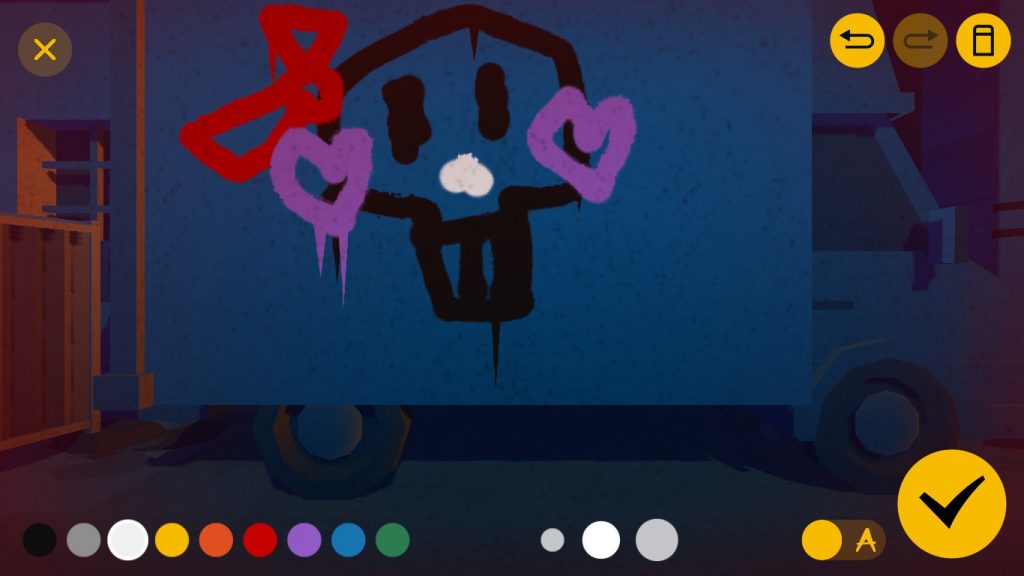 What’s amazing about Vandals is that the creators clearly have a lot of passion for graffiti art. Whether they are partakers or admirers, they’ve done a lot of research on the topic which shows. I’d certainly recommend the game to someone interested in art or the history of graffiti.

At the same time, it’s a really great logic game. I love games that make the player use their brain and reward thoughts or strategy’s rather than clicking or luck. Vandals is one of those games. During each level you learn more, the lack of timers allowing you to think about the route you’re going to take, rewarding strategy rather than speed.

Another area the creators should take another look at is the games lack of difficulty curve. Some levels, in the middle of the game, you’ll breeze through gaining all three stars and not need to think too hard then you’ll fail the next level five times and barely scrape through it. Given that there aren’t any penalties for failing a level, only that you have to start again, it’s not frustrating at the moment. But if the creators want to introduce a lives system or something similar, they will need to take another look at the level order. 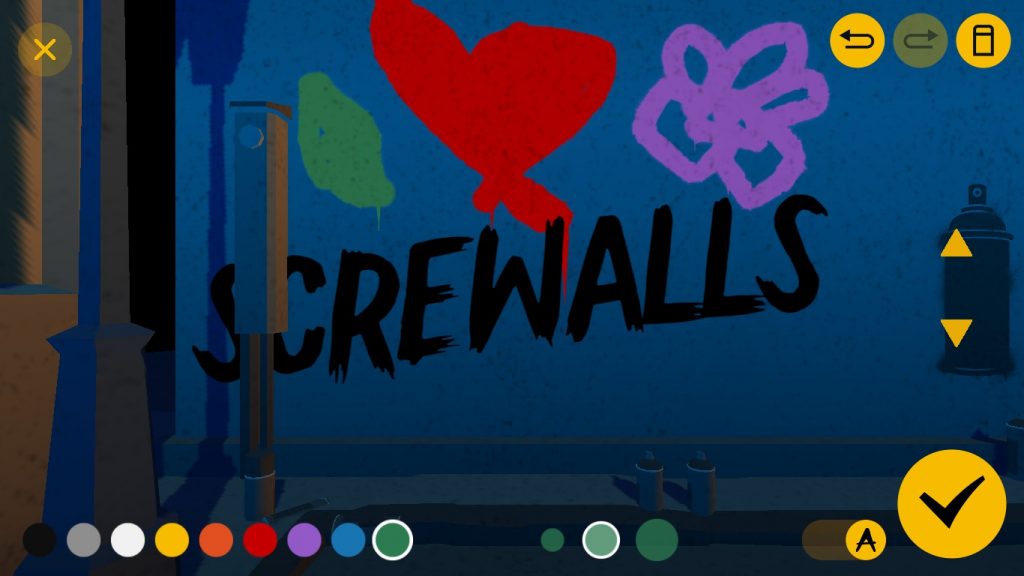 Vandals is a very interesting project with a lot of passion in it. At the same time it’s very whimsical and slightly cute. (Mostly it’s the stupidity of the police that make it adorable!) It’s clear that this is a topic that the creators hold dear to themselves. For gamers interested in graffiti-art, it must be almost perfect.

There are a lot of areas where it can be improved. Most notably motivation for players or giving each city something unique. But it’s a fun game, and I enjoyed playing it. At least now I can smash the system from the comfort of my desk, and isn’t that just the dream?

Full disclosure: This review is based on a review copy of Vandals given to HeyPoorPlayer by the publisher 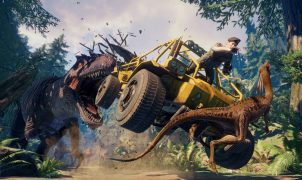