Umiro left me feeling puzzled but in a good way. 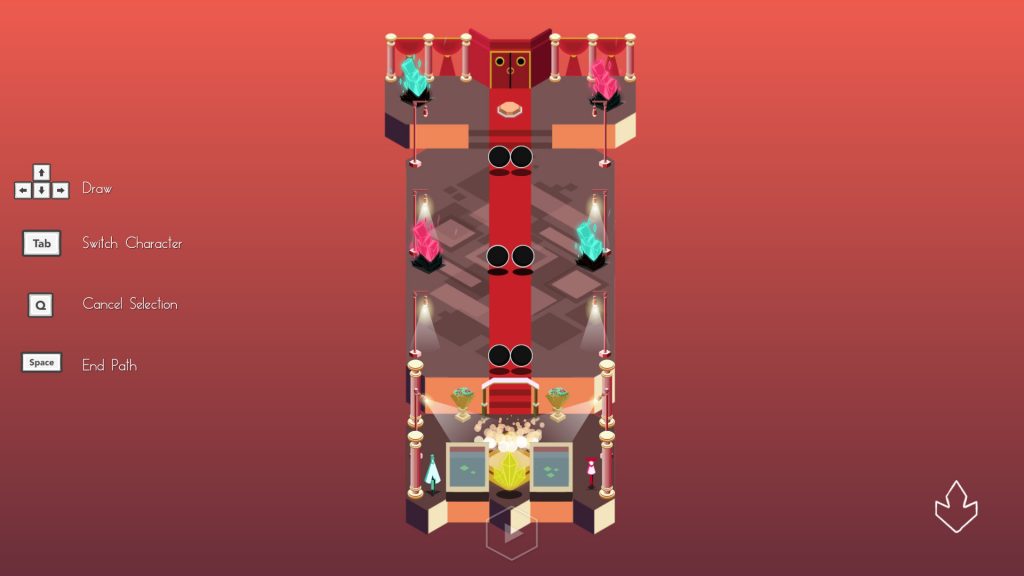 Join Huey and Satura in Umiro, an adventurous puzzle game where the world is without color.

Puzzle games have never been my thing, but I’d be damned if I let you leave this review feeling as though Umiro isn’t worth your time because it has to be one of my favorite games of this year. The concept behind the game is pretty simple: you take control of the characters Huey and Satura in a world with no color. What’s more is that neither of them has memories of what their life was before waking up in this world, and so their only path to salvation is restoring color by taking the right path to their respected crystals. It’s a simple game, but that doesn’t take away from the absolute enthralling content that the game provides.

You first play just as Huey, which is fine because getting one person to the crystal is hard enough for someone who sucks at puzzles like I do. Getting to the crystal means you’ll need to use your mouse and drag a line to the crystal, making sure you avoid all objects that may happen to get in your way. This can get pretty hard as times goes on, which means you need to get far more creative in order to slip past the dark orbs that block your path. You can do this by whirling around in circles with the mouse or drag it up and down. It’s easy to avoid if you do the timing right, but if you’re as terrible as me it can also be a complete nightmare.

This can get progressively more difficult as time goes on, especially when you finally meet up with the other playable character, Satura. Satura and Huey run at the same time no matter what you do, so even if you feel as though you’ve planned the perfect route for one, you need to keep an eye on the other to see how it works out for them. This left me scrunching my face up and bawling ‘WHY CAN’T YOU JUST WAIT’ a few times, but that’s because I’m a frustrated fool and I later came to appreciate the difficulty of the game. You will too, trust me.

The simplest story is made beautiful by the right music… 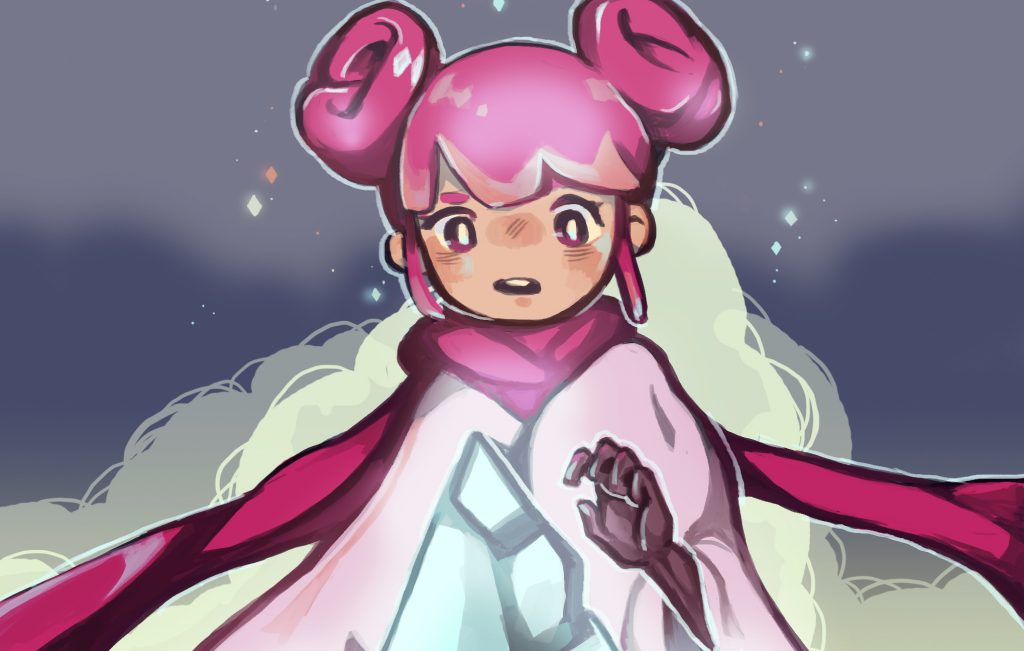 Umiro’s art is pretty stunning too…

I wasn’t that fond of Umiro’s story at first, it felt too much like an afterthought for my tastes. Huey and Satura eventually find out who they are and sure it’s cute and bittersweet, but it felt meaningless as I didn’t have a strong enough connection to either of them to care about their journey outside of wanting to grab all the crystals. That was until I got to the ending of Umiro – that, my friends, changed everything.

Umiro’s music truly is haunting in the best kind of way. The scene at the very end of the game made me sit up that little bit straighter and take heed of what the story was trying to convey to me, particularly the connection between two souls and how the world can seem when those two souls are parted from one another. It’s a touching scene that is made more beautiful by the soft, tinkling noise that stands out from the harshness of Umiro’s opening music. It brings to life vulnerability and friendship, making a stiff story become one that I wouldn’t mind diving into once again to try and uncover what makes it tick. And sure, it isn’t a musical masterpiece like Pyre, but let’s just say I wouldn’t be complaining if Umiro’s OST was released anytime soon…

Another thing that would be a crime not to mention is the artwork that makes Umiro the enjoyable game it is. Even if the game was downright diabolical (it isn’t), the artwork would be more than enough to make me give the game past a rating of 1. The environments, both grayscale and colored, are fascinating in their attention to detail and how this detail shows off Satura and Huey’s personality. Huey’s color is blue, Satura’s is red and it suits them and the environment they color in perfectly. Their movements are practically the same, but Huey’s calm blue affects the environment just as much as Satura’s fierce red. It is a detail that truly adds another layer of depth to the game, and to be honest, a rather fun layer too.

Umiro excels at what it sets out to do. 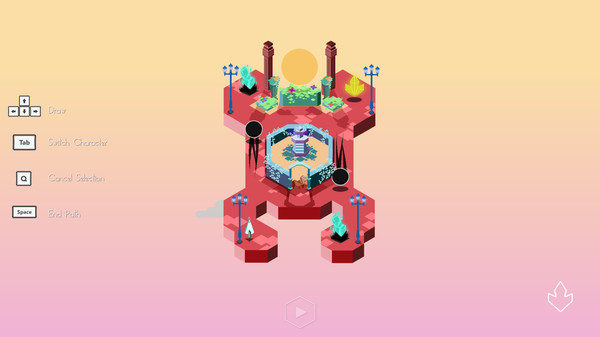 But music alone can’t keep me coming back for more.

Umiro really is a package deal. It excels at what it sets out to do: giving you an adventure full of puzzles and mystery in a strange new world. But it lacks one thing: replayability. As you may expect from me if you’ve read my reviews before, replayability is a huge part of how I rate a game and Umiro falls just short of being a game that I’d play again and again. It’s a game that requires patience and creativity, and depending on your workload, you may either have that in spades or none at all.

Despite what may seem like a negative perspective on the last part of this review, Umiro is worth your time. It isn’t something that demands your attention at all costs, but it certainly does help to give it your all. And if you aren’t intrigued by the story and just want to get your puzzle on, that’s fine too. You can even take Umiro around with you as it is on mobile too, in fact, I’d argue you that you’d get most out of the game from your mobile than a laptop as the portable aspect is really appealing. You can take this little puzzle with you, and you don’t even have to have an internet connection.

The bottom line is this: if you love puzzle games with a lot of intrigues then this is the game for you.

Full disclosure: This review is based on a PC review copy of Umiro given to HeyPoorPlayer by the publisher.