Take a Closer Look at the World(s) of Water Falls 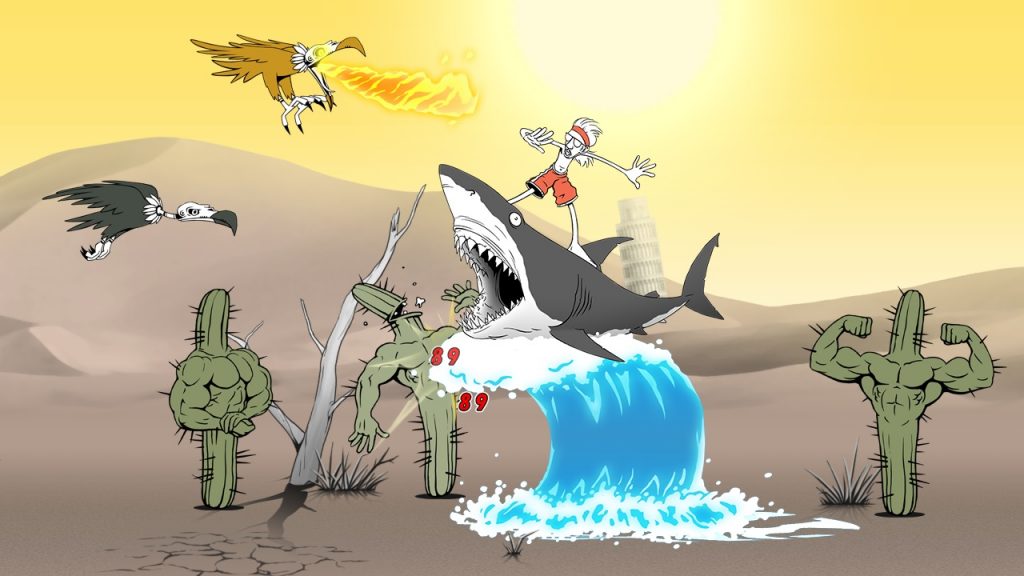 Earlier this month, we here at Hey Poor Player had the chance to sit down with Super Daryl Deluxe – a high school-themed Metroidvania developed by Dan & Gary Games featuring books that can bestow godly powers unto their readers, adventures across multiple dimensions, and perhaps the most unlikely protagonist ever – for the Nintendo Switch. It was weird. It was wonderful. And, most importantly, it left us with several questions that we just had to have answers for.

Fortunately, those questions weren’t destined to stay as such forever. Recently, Hey Poor Player was given the opportunity to sit with none other than Dan & Gary Games’ very own Dan (with some help from Gary too, of course) in order shed some light on Super Daryl Deluxe’s inspiration, development process, and more.

HPP: Tell us a little bit about Super Daryl Deluxe.

D&G: We’ve been describing it as a RPGvania with brawler style combat that takes place in a perfectly normal multidimensional high school where people are going missing and classrooms are locked down and nobody’s ever seen the principal – you know, perfectly normal high school fare. Enter Daryl, this off-putting, tacky new kid who wanders into town who only wants to make friends. So naturally, as he attempts to climb the adolescent social ladder, he begins to uncover all sorts of sinister undertakings happening within Water Falls High.

Oh, and the classrooms are all separate worlds based on the class’ subject. Like, you know, Science is like this Tron-like universe where you can lay the smackdown on sentient flasks and other equipment, History is just a giant tangle of iconic figures clashing against one another, etc.

But the main mechanic of the game is for the player to buy and collect the dozens of skills that are available for Daryl to use to fight against the hordes of monsters that await him in his pursuit of friends.

HPP: A high school-themed Metroidvania is certainly a unique premise. How did you end up settling on that?

D&G: By complete accident! We always wanted an open world for Daryl to explore within Water Falls High to make it seem like, you know, a high school minus the strict scheduling. Of course we wanted certain areas to become accessible as Daryl became stronger or as the story progressed. It wasn’t until years later when people began telling us what we were doing with the whole Metroidvania thing that we realized that genre even existed.

HPP: Where did the inspiration for Daryl himself come from?

D&G: From the very beginning we wanted to create a new student with just some of most unfortunate combinatination of traits – someone sweaty with bad hair who would just stare blankly at you and breathe out their mouth. Some of the early concepts for Daryl were just downright despicable though, so we softened his edges a bit and tried making Daryl a tad more appealing.

HPP: Even among silent protagonists, Daryl’s unwillingness to speak is pretty remarkable. What’s it like designing a story around a character who never fully interacts with, or responds to, anyone?

D&G: It was pretty stupid, and calls for some pretty presumptuous characters within the world of Water Falls. It made for some fun workarounds though,  like people taping cameras and walkie-talkies to Daryl’s person and making all the people pulling the Daryl strings interact unwittingly with one another throughout the story.

D&G: Our lawyers will not permit us to answer this.

HPP: It was surprising to see so many famous characters from history and literature – such as Napoleon Bonaparte and Ebenezer Scrooge – within Super Daryl Deluxe. What was it like working with characters who already had pre-defined backgrounds and stories within the confines of this game?

D&G: We just had fun with it mostly. We occasionally approached the realm of historical accuracy such as when you meet Beethoven in the Theater an der Wien writing Fidelio and the whole French occupation of Vienna thing, but mostly we just thought it would be funny to throw all these figures together in Water Falls and see what happened.

HPP: Despite having plenty of goofiness and satire, there were several times – especially toward the end – where the game took on a much more serious tone. What was it like trying to balance out both seriousness and satire in Super Daryl Deluxe’s story without having one ever completely overtake the other?

D&G: Well, comedy and tragedy go hand in hand, right? So… I’m not sure where I was going with that.

Writing a completely off-the-wall story was always our main goal, but throwing in the occasional dose of gravity adds a whole new dimension to the narrative when the line of satire and seriousness gets blurred a bit – things that make you go “Huh. Well sh*t.” in the midst of all the absurdity.

Of course, some people definitely think the game was a tragic waste of time and resources, so there’s that.

HPP: What was your favorite part of Super Daryl Deluxe to work on?

D&G: My favorite was probably outlining the story and coming up with all the insane and absurd stuff thrown into the game. The whole story writing process from beginning to end was the two of us just trying to make each other laugh, so that was pretty fun… it sucked, of course, but it was fun in principle.

HPP: What was the most difficult part to work on?

D&G: Well we’re idiots basically and decided we just had to make a full-scale RPG with a billion maps and characters with another billion quests and dialogue, etc, etc. I think just the sheer amount of content we had to produce was the toughest hurdle.

Beyond that, just trying to get any exposure whatsoever as just another Indie in a vastly oversaturated market has always felt like an uphill battle.

HPP: Who is your favorite character in Super Daryl Deluxe, and why? (Feel free to pick a few if you can’t decide on just one.)

D&G: Mr. Gumdrops for his knack of saying exactly the right thing at the right time every time, and the Mustachioed Portal Repair Specialist for the opposite reason.

Also the Literature Guardian has some depth if you explore enough, so that’s kinda cool.

HPP: Do you think that Daryl will ever show up in any future games?

D&G: If our threatening emails worked, he will be.

But yeah, we got some half-baked ideas for sequels and spinoffs. There’s a lot of potential for the Dwarves & Druids characters we think. Also – Super Carol Deluxe.

HPP: What does Daryl do outside of school? It’s hard to imagine him doing anything just for fun, or without first being told to do it.

D&G: Gary and I have talked at great length about this, and I can assure you it bugs us too.

HPP: Is there anything else that you would like to tell us about Super Daryl Deluxe that we haven’t already covered?

D&G: Oh man, tough to say! I’m still pretty burnt out from PAX East, so who knows what we haven’t covered.

We here at Hey Poor Player would like to thank Dan & Gary Games for taking the time to answer our questions. If you’re interested in learning even more about the game, feel free to check out our Nintendo Switch Super Daryl Deluxe review. 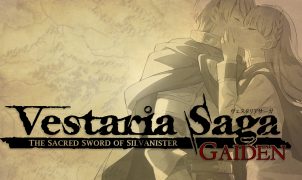 New Tokyo, new problems I’m comfortable saying that I spent a decent amount of my time in Operation Babel: New Tokyo Legacy not completely knowing what I was doing. It wasn’t for…