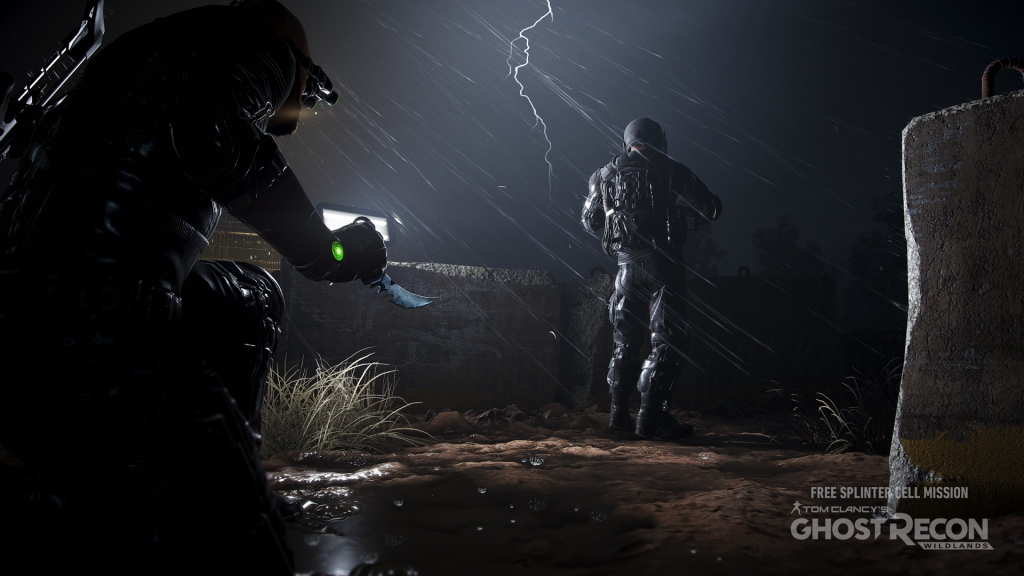 Ubisoft has announced that they will be celebrating the second anniversary of Tom Clancy’s Ghost Recon Wildlands in the best way that they can — with exclusive new Splinter Cell-themed content.

Beginning today, as part of Special Operation I — the first major update in the second year of post-launch content for Wildlands — players swill be able to team up with Tom Clancy’s Splinter Cell‘s iconic Sam Fisher and help him complete his new high-risk infiltration mission in the fictional future Bolvia. Players will be able to undertake this new mission alone, or in groups of up to four players.

“We are all super excited to bring such an iconic character as Sam Fisher into Tom Clancy’s Ghost Recon Wildlands, said Ubisoft Senior Producer Nouredine Abboud. “Teaming up with Sam Fisher will require the Ghosts’ stealth, cleverness and tactics…we can’t wait to see the reactions of our players as they face this new challenge!”

Ubisoft will be rolling out additional Splinter Cell as well, including a new PvE mission, exclusive customization items, and a new Ghost War PvP Class. Upon completing the new mission, players will abe rewarded with exclusive new items such as Sam’s sonar goggles (complete with a new night-vision filter), and more. The mission will be a permanent addition to the game, however the rewards will only be available up until May 16.

Tom Clancy’s Ghost Recon Wildlands Special Operation I is now available on PlayStation 4, Xbox One, and PC. Are  you looking forward to teaming up with Splinter Cell‘s Sam Fisher? Let us know in the comments below!

A quality, by-the-book Metroidvania affair.   The older I get, the more I’m starting to realize that there are certain gaming subgenres that are just plain bulletproof. I’m not…