Date A Hipster Vampire: The Game 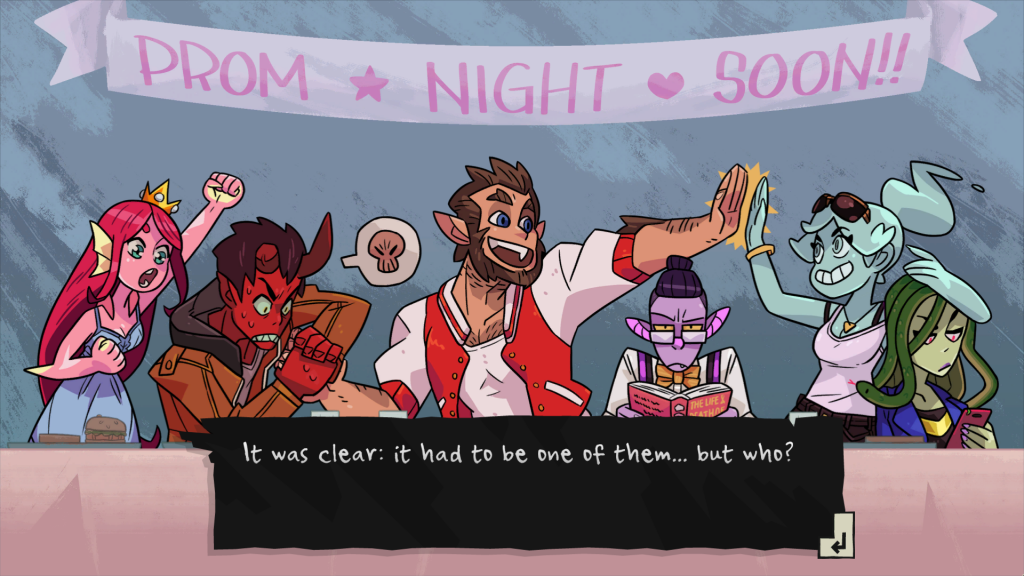 I never went to prom in my adolescence, mostly due to not understanding the appeal of spending money for a trivial school event where the real fun is only after the fact. That all being said, if the process of prom was as hectic and bombastic as Monster Prom makes it out to be, then seventeen year old me would have missed out on something. Monster Prom has been described to me as a multiplayer competitive dating sim which is totally the game I’ve been waiting for my whole life. What other game lets you woo a cast of charming monster husbandos and waifus and ruin the chances of other people getting a date to prom? Monster Prom not only is a cool concept, but a well-executed, hilarious one at that. There’s a lot to love about the game, and my favorite aspect thus far is the charming cast of monsters. 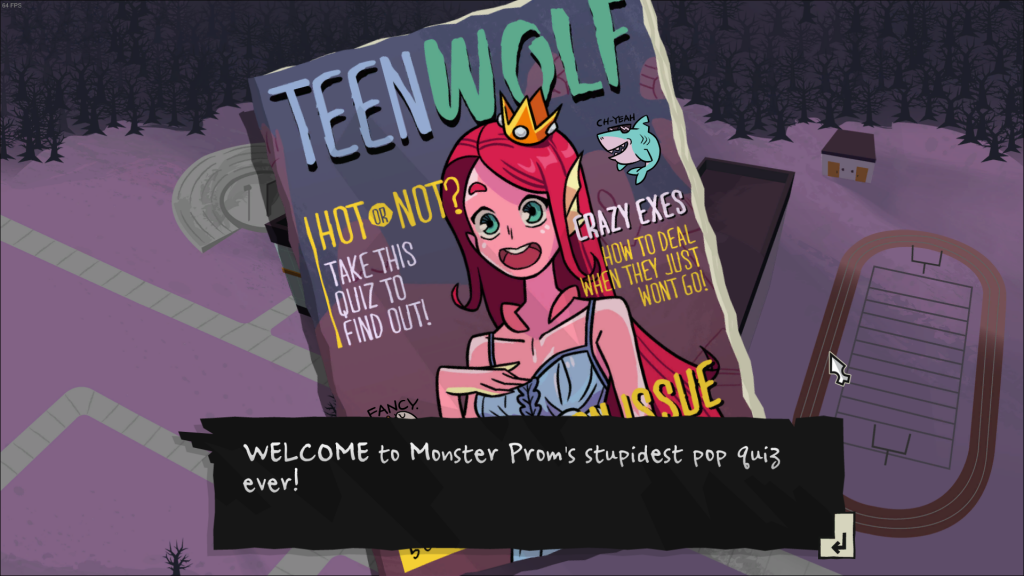 One of the best aspects while playing through my preview build is the characters and the writing. As of right now there are a total of six characters that you can attempt to romance, all being different monsters and American high school clique stereotypes. They include a werewolf jock, hipster vampire, rebellious devil, mermaid princess, a business-savvy gorgon, and a ghost who parties hard. These characters are so distinct from one another in terms of personality and design that it makes the cast feel colorful and varied. While they sound very cliche, the game’s writing is so over-the-top, that the characters’ otherwise overused tropes end up very charming and endearing. There is a sense of self awareness in the game’s writing that allows these typical high school archetypes to come into their own.

This is great considering you are going to have to invest time and effort to romance your character of choice. I like to consider myself a man of culture. During my first playthrough I decided to romance Polly, a ghost who likes sex, drugs, and partying. I ended up enjoying Polly’s character because she was extremely funny and used obnoxious millennial lingo appropriately (speaking as someone who uses obnoxious millennial lingo). However, in my subsequent playthroughs, I went after other characters just to see how I would enjoy the experience. I ended up loving all the characters because of the smart writing and depth to all these monster teens that extend past their archetype. They felt like real teenagers and not the one-note cartoon people they seem at first. Kudos to the writers for making a rather realistic depiction of obnoxious modern high schoolers despite the insane premise.

No Date For You 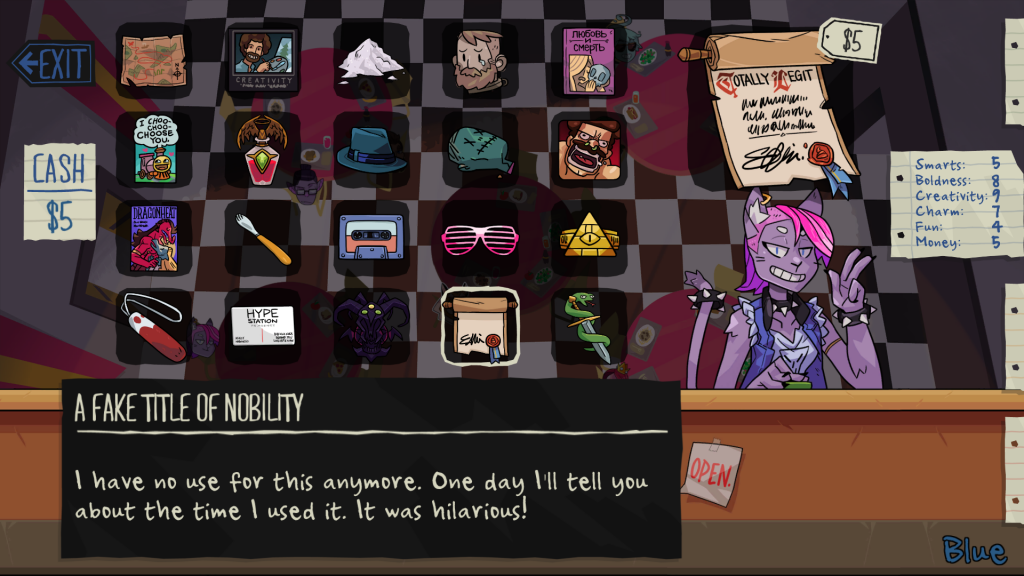 Monster Prom at its core is a multiplayer dating sim with the main goal of getting one of these charming monsters to go to prom with you. However, the way you “win” the game is very interesting and not as linear as one may think. While the goal of the game is to romance one of the available characters, the one you go for is not strictly expressed in the game; you keep who you’re going for a secret. So while all the players might go for different character, you may all try to go for the same character. This leads vastly different scenarios at the end of multiple playthroughs. You may all end up romancing a different character, everybody might go for the same character and only one comes out on top, no one gets a date, etc. Given that the game is meant to be played multiple times and with people, this keeps every playthrough dynamic and most importantly, fresh every time.

Each playthrough is played in five in-game weeks, with three phases (morning, day, and night) during each week. Much like a traditional dating sim, you can choose several locations and events during each part of the day in order to interact with the various characters. This where you can raise up your affection with the person you are trying to romance and raise your personal stats. These interactions and stats are ultimately how you will win the heart of your monster crush. There are also random events that can either greatly increase or decrease your affection with a love interest depending on the choice. This is where the strategy takes place because you want to pick and choose the best way to build up your relationships while not losing out on stats. These mechanics, on top of the great presentation, make for a game that is fun and dynamic with each playthrough.

Monster Prom is a fun time to be had for sure. While the game can be played solo, the real fun is with other people. The game has charming characters, fun, well thought out dating sim mechanics, and multiple endings for those who want a fresh experience every time. The game is set to be released this month on April 27th on Steam. Are you planning on romancing the monster of your dreams?