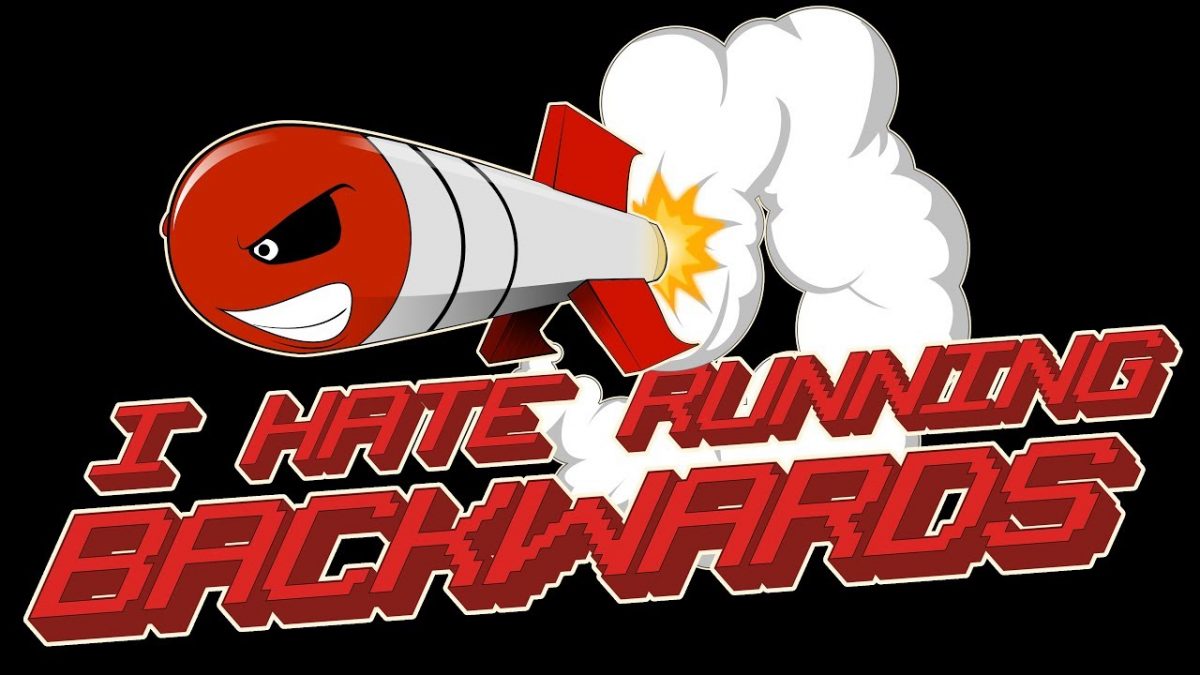 Oh, Devolver Digital, you bastion of a booth. Through both years I’ve been personally able to attend PAX East, it’s been a reliable bastion of great indie developers with games getting a chance to shine. And no wonder– Devolver had something of a reputation for that kind of thing. There’s no debating that. I Hate Running Backwards is in good company.

And yes, as was quickly confirmed for me by a representative from developer Binx Interactive, the game’s title does indeed come from the Serious Sam games. So do a lot of things in the I Hate Running Backwards wheelhouse. According to the representative I spoke to, the Serious Sam community is aware of this fact, and they love it. 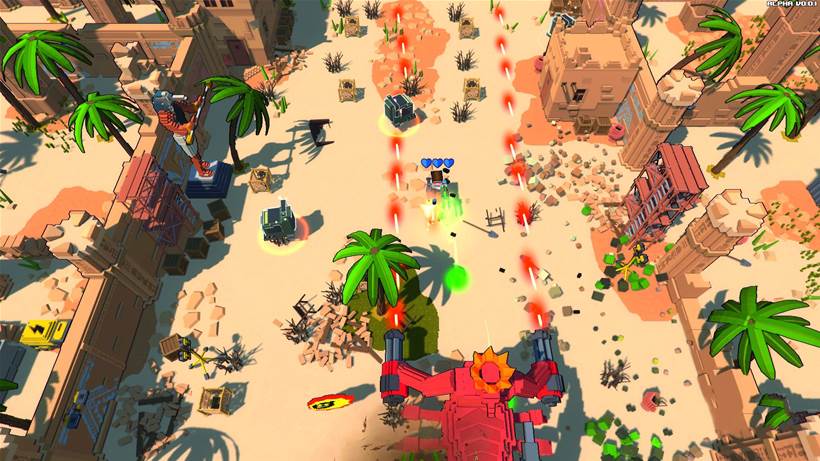 The game is a top-down vertical shoot-’em-up that constantly scrolls down. The idea is that monsters ranging from small to literally ox-sized will run at the player from the bottom of the screen, leaving one or two players to shoot them down while running up and away. In addition to gunfire, characters can do a spin attack with a quick recharge, which is extremely useful when taking the fully-destructible environments to task. Smashing treasure chests will gain players special weapons with a count of about 40 all in all. If you’re playing as Fastman Freddy, for example, your main weapon is a shotgun. If you get a flamethrower as a special weapon, you can dual-wield the two, mowing down enemies with twice the force.

Enemies killed, environment destruction, boss destruction, ultimate meter usage and stat perks (30 of them, on top of everything) all factor into your score as you play a run of the game. That aforementioned melee strike can also serve as a bullet-deflector, which is extremely important when facing off against the game’s bosses. Otherwise, you might do what I did: die in embarrassing number of times. Death comes with a quick revival time if you’re playing with a friend. If both players fall, however, that’s the long and short of it.

It’s also worth noting that I Hate Running Backwards is part of the Croteam Incubator Initiative. The initiative works to connect developers and expand their opportunities. In the case of this particular game, that has resulted in some character additions from other games. Of the 10 somewhat Minecraft-y characters, several are from other games. Characters from Hotline Miami, Enter the Gungeon, Broforce, Nuclear Throne, and Shadow Warrior. There’s also a character based on one of their play testers, which I honestly just thought was real neat.

The game runs players through five stages of procedural generation and destructible environments. Each time a boss is defeated, a monument will show up in the game’s starting room. Players can use these monuments to create new challenges for themselves, adding buffs to foes and more. The more of these modifiers players activate, the more bonuses will get slapped onto their score. Players will start a new run every time they hop in. That means endless variety within the game’s stages, and endless chances to make one’s life worse at will.

I Hate Running Backwards is planned for a launch in the next couple months at most, and will be out on PC, Nintendo Switch, Playsation 4 and Xbox One. For more about the game, tune in to the Hey Poor Podcast this Wednesday.