I do not remember this Aladdin sequel 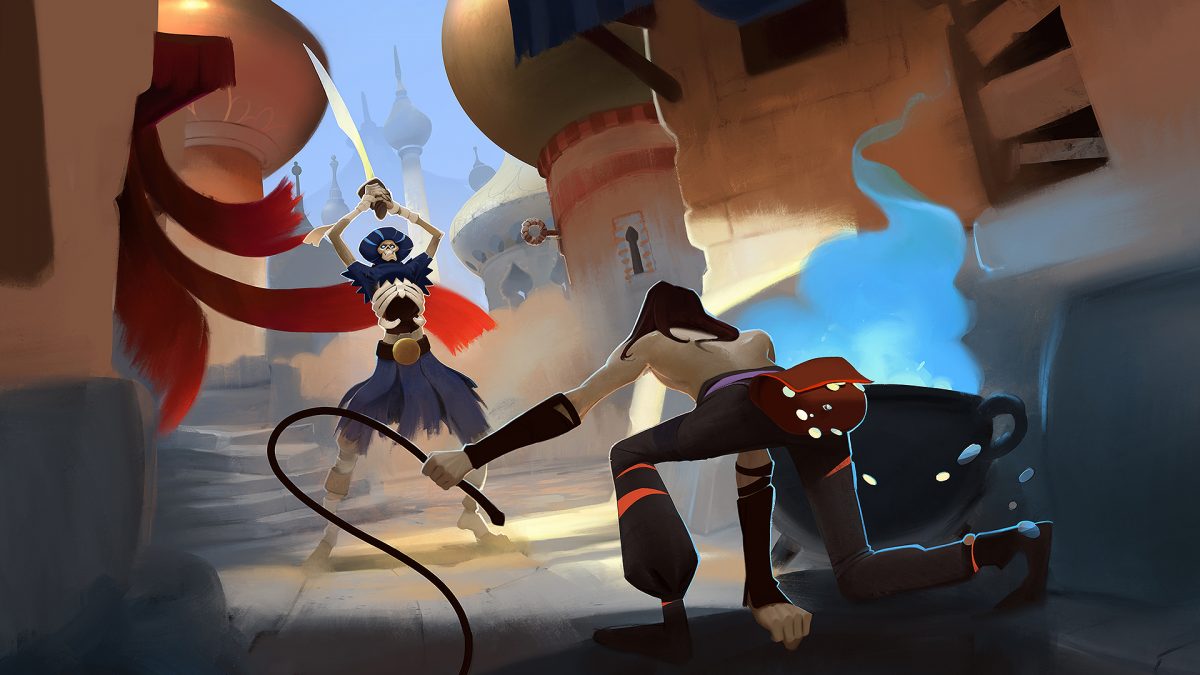 City of Brass is a game forged from the efforts of developers who previously worked with Irrational Games in the early days of Bioshock. As I was told while playing their new game at their PAX East booth, the folks at Uppercut Games have been taking some of those influences and directing them into a new game based on ancient tales of Arabian Nights. Genies, monsters and more lie in wait in City of Brass.

The story of City of Brass is locked in myth. Treasure is locked in a city sealed away ages ago by genies, and now the magical security has gone lax. Players take the mantle of explorers hoping to get a taste of the treasure long lost within the depths of the titular city of brass. Problem is, on top of brass, the undead are also waiting, swords drawn, ghastly fangs beared. The player must traverse 12 levels, split into sets of three with bosses at the end of each.

I’ll take a second right here at the outset and say this: I am bad at this video game. In my 20 hands-on minutes, I died. A lot. But as it was explained to me, taking hits here and there is a very intentional part of how the developers what players to learn and come to think while playing. The game’s levels are all procedurally generated, including enemy placement, traps, and levels of verticality. Traps are a persistent foe as much as angry skeletons holding swords are. Spikes can pop out from the ground and run you through, wind tunnels can push you around, pools of lava wait for you to walk backwards into while fighting a witch. It’s a lot to process. The plan is for players to become attuned to visual signs that will help them pick out obstacles. 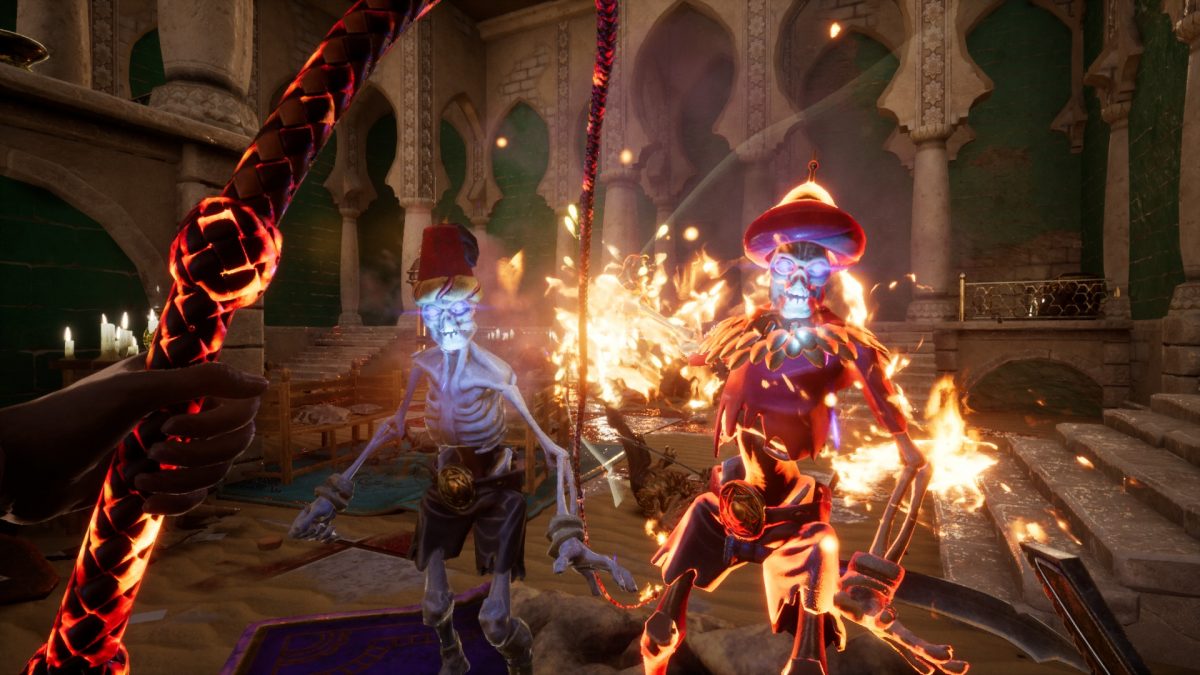 Procedural generation isn’t easy. The representative we talked to from Uppercut Games told us that careful consideration had to be put into things like levels of verticality; three at max. The game’s art style and variety in architecture mask the procedural nature of the environments well. Nothing feels out of place. Nothing ends in a chain of dead-end rooms.

The genies who sealed off the city of wonders may have gone lax on security, but they’re still around to both help and harm players as they traverse the streets and alleys. Genies can sell players several different resource types. These include improved armor, some with effects such as flash-freezing enemies; physical improvements like higher jumps and accelerated speed; modifications to the player’s sword and whip; and the ability to nullify traps in the area. Similar to the nature of levels themselves, the resources you’ll get from a particular genie are also random. On one run, I almost immediately encountered a genie offering a complete trap shutdown for the right price. I didn’t have a single coin to my name just yet, but it was a nice thought.

City of Brass is coming up soon. The game escapes its genie and heading to Playstation 4, Xbox One and PC on May 4.