While it’s true that customization isn’t that big of a factor in Far Cry 5 (it primarily only serves as an aesthetic add on and does nothing to bolster damage, defense, etc) one can’t deny that it’s almost always fun. Thus, I’m rather sad to see that we can’t change out any of the Fangs for Hire’s aesthetics. Collars would be the most obvious option but armor would be fun as well, even if it’s only there for the visuals (especially considering my number one point on this list). Add some hats? Maybe war paint? This could honestly go in just about any direction, although I doubt any of them would be boring.

I fully acknowledge that it would be odd to add this to your animal companions and disclude your human companions in the game, so let’s just say that we’ll extend it to the entire roster of allies and make it a day?

The many challenges you’ll face. Literally.

Now this one I do feel is a missed opportunity. As stated earlier each furry friend has their own set of abilities, but I felt that these singular abilities were lacking – even though one could make the same argument for the human companions too. If you’re not happy with the animals’ abilities, take the humans! Right?

Well, sure that’s all fair and good, but it’s not as much fun!

It also feels disingenuous to get stronger and stronger as a person while your allies are left in the dust.

Are skill trees too much? Okay, that’s fair. I know that additions like this are obviously expensive for games, even the AAA industry, so let’s make it more approachable. Let’s add a few ally specific perks instead that you can purchase as you see fit. Maybe they can be “class” specific, like adhering to only your stealth-based allies, or the heavy hitters, etc. Either way, I feel like this could give your allies in general some much needed depth. 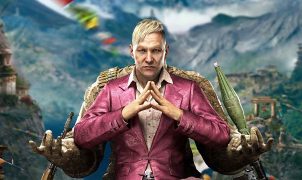