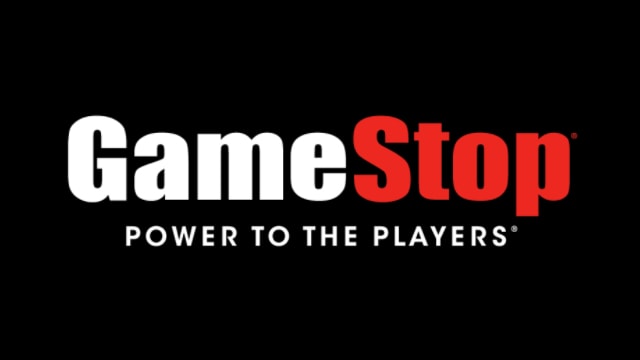 Okay, so GameStop has its fair share of problems, but this has gotta be a new one: stealing fan art to promote the upcoming Smash Bros. Switch game. It all started when the below image began making its rounds across social media, ridiculing the retailer for supposedly leaking the game’s roster: 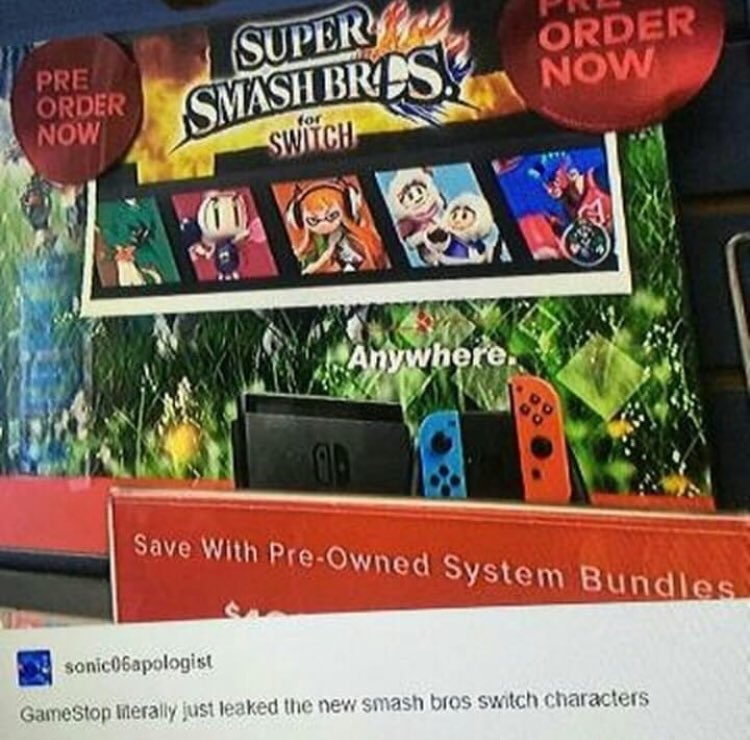 In case you haven’t been paying attention, the likes of Bomberman, Spring Man, Decidueye and the Ice Climbers have yet to be confirmed for the latest Nintendo crossover. Needless to say, GameStop probably wouldn’t have knowledge of the game’s roster beforehand, but that hasn’t stopped them from engaging in false advertising (another user noted this pre-order cover advertising 100+ fighters). However, things took a sudden turn on Twitter…

Hey @GameStop, that's cool you used my photo and all to promote #SmashBrosSwitch pre-orders, but can you at least give me some credit next time? Thanks guys.

Oops. Well, at least now we know why a Luigi logo was randomly chilling near Spring Man.

Unfortunately, this isn’t the first time retailers have made up character additions when placing promotional ads for the latest Smash game — yours truly recalls a Brawl-era one that included Rayman and Birdo — but this is the first time we can recall one stealing a fan mock-up for such advertisements. Needless to say, that’s pretty slimy.

Do you think GameStop owes an apology to Mr. Williams? Let us know in the comments below! 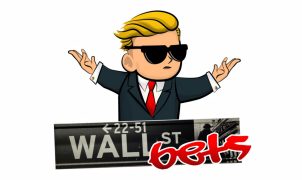 How A Meme Sparked A GameStop Revolution 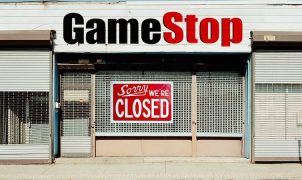 Felicem Diem Marmota monaxi! Every once in a while, a game comes along that feels bigger than it really is — impossibly vast despite its fixed map, deeper than…