Everyone is a suspect. 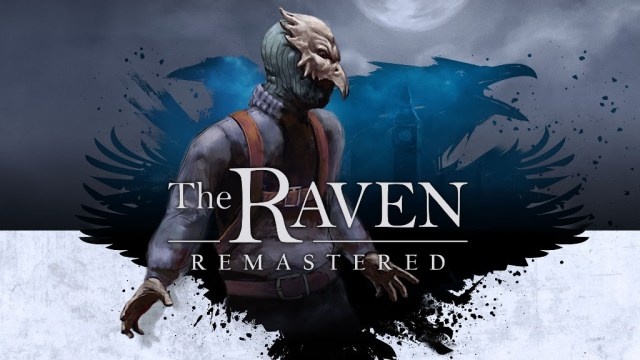 Murder. Thievery. Deception. Bird references. All are intertwined in The Raven: Legacy of a Master Thief. The team behind last year’s Black Mirror, King Art Games, are back with a remaster of the 2013 point-and-click-style adventure. The THQ Nordic-published team have given this last-gen tale a new lick of paint. On top of that, the chance to eliminate certain issues has not been wasted.

The titular Raven was a criminal mastermind of the 60’s. Networking with the upper-class by day, swooping in to take all the priceless artifacts at night. The Raven would then proceed to give the police the run-around while they try and track him down. It was believed that The Raven’s reign of terror and mischief was finally over. However, years later, a priceless artifact is stolen. A simple raven feather left at the scene. Could The Raven still be alive?

Let me see, then, what thereat is, and this mystery explore 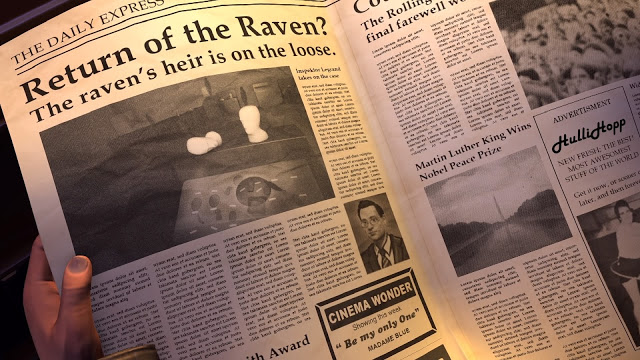 You predominantly play a Swiss Constable by the name of Zellner, as you assist the man who thought he killed the original Raven on a journey across both rail and sea. Think of Zellner as a portly Poirot wannabe who shifts his weight and demeanour around like George Stobbart from the beloved Broken Sword series. And just like that beloved series, there is plenty of interaction. Arguably a little too much. Most conversations are bullet-pointed with that moments’ burning issues. But they mostly last a few minutes at a time, so if you’re a real stickler for detail be prepared for the long haul. Thankfully the voice acting and dialogue are of stellar quality. Particularly Zellner, whose determination and purposeful demeanour is an instant crowd-pleaser.

The gameplay is simple: walk around with the analogue stick, interact with the cross or Circle buttons, open your inventory with Triangle and get a hint with Square. You want a game that requires engagement, attention and plenty of puzzles, you’ve hit the jackpot. Just like Black Mirror, there are inventory puzzles, environment interactions, and a great story with twists and turns. In addition, the remastered version feels a lot more responsive, more polished and easier to control/work with.

Desolate yet all undaunted, on this desert land enchanted 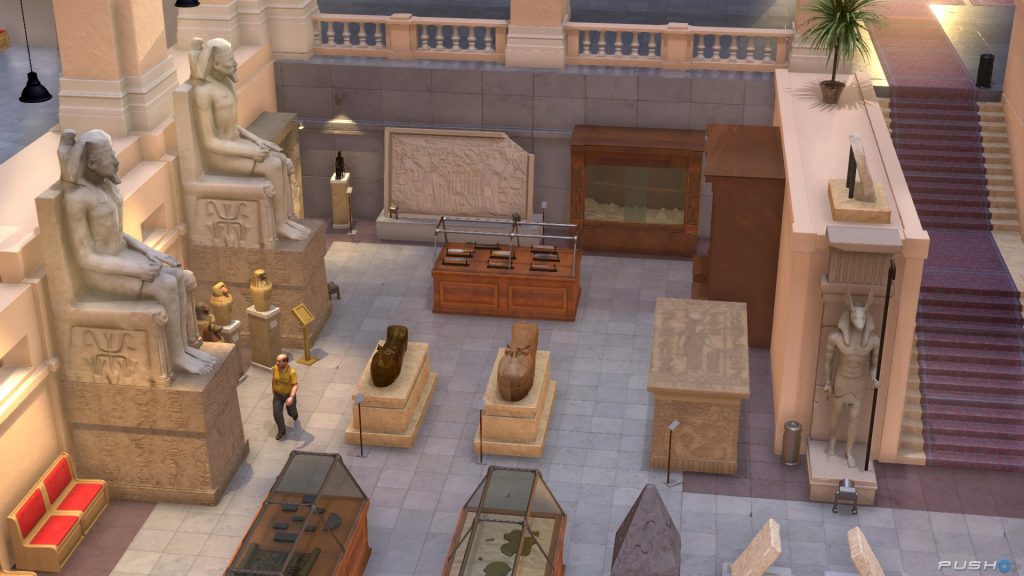 Hmm, nothing of interest here…..

The order of the day is puzzle solving. Despite an abundance of character development, this is no Telltale game. Lock-picking mechanisms get you into prohibited areas. Manipulating people gets you into others. There are more tricky elaborate puzzles that require a bit more patience, even revisiting those 5 years on. But as the narrative dictates, a calm and cool head is the requirement for this 12 or so hour adventure. So The Raven certainly isn’t for everyone.

Now as a remake, The Raven has certainly been improved visually. It’s an artistic design that borderlines on the cartoon, but firmly rests in a not-for-kids style. King Art Games have fully remastered the animations, lighting, even hair in full HD along with applying the odd polish here and there. It may not look much different to the previous version, but the minor improvements made increase the enjoyment of the game. 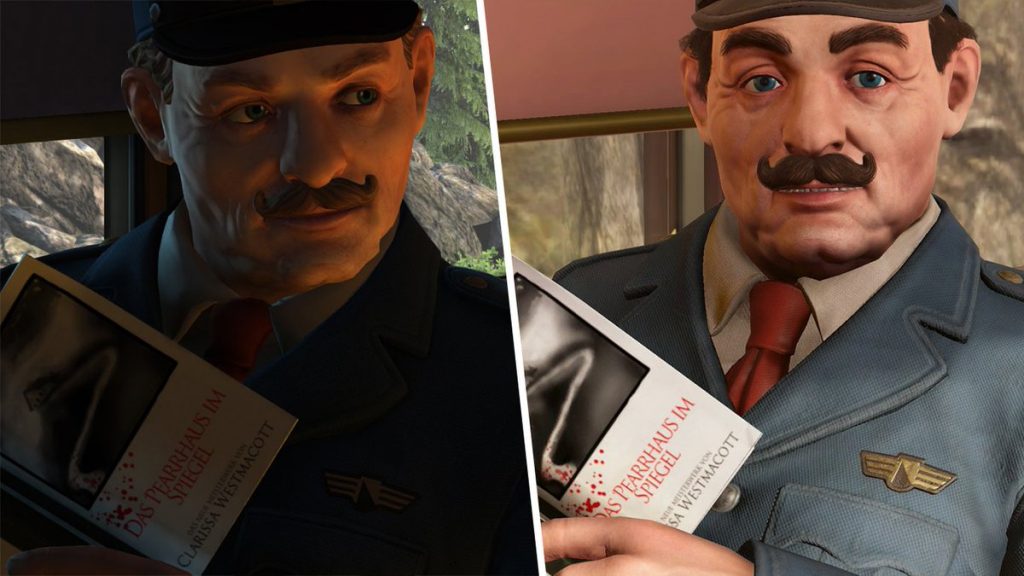 The delights of newer technology

There are still issues with character movement, however. Zellner often handles like a drunk Niko Bellic from GTA IV, occasionally getting stuck when walking. Other times Zellner would just stop, as if in thought, when actions have been activated. Close-up shots and cut-scenes quality have certainly been improved and addressed. One thing this remaster has introduced however is screen-tearing, which is a shame. On a few cut-scenes the screen tears as they play out. It’s only for seconds at a time but appear to have been a glaring oversight.

One of the stand-out features of The Raven is the detective scoring convention. Every event you complete, particularly side quests or collecting all the evidence in a crime scene, grants an influx of points. At the end of the chapter points are tallied up granting a grade of Amateur, Advanced or Master Detective. This offers replay value for the PSN trophy hunters and completists. Achieving Master Detective unlocks bonus items such as concept art and the soundtrack. As for the soundtrack, not a deal has changed for the remaster but it didn’t have to. The soundtrack offers perfect ambiance, as does the sounds and effects.

“Be that word our sign of parting, bird or fiend!” I shrieked, upstarting 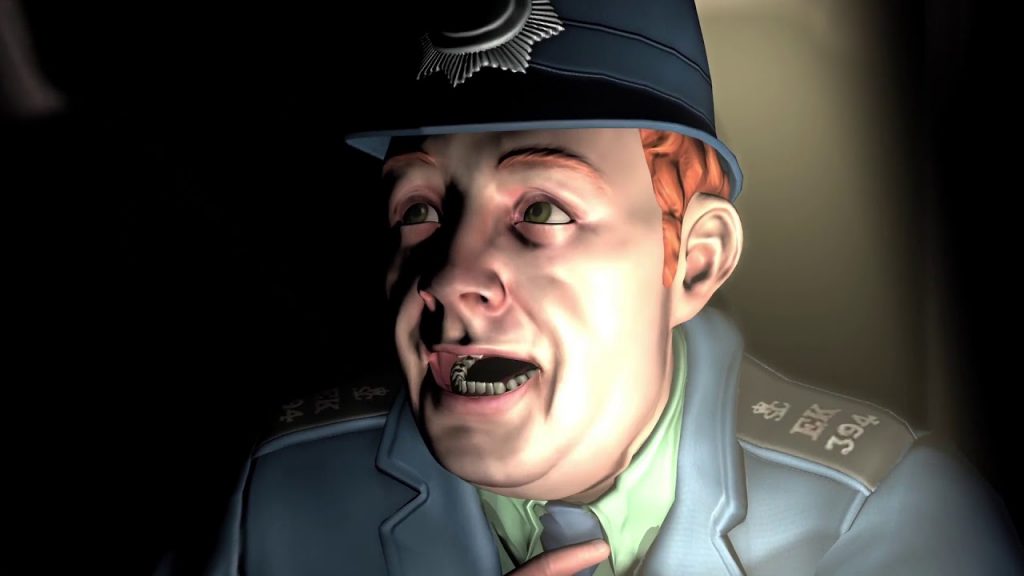 As a remaster, The Raven is more of a hit than a miss. Improved visuals, animation and sound whilst retaining the ambiance of the original makes it a welcome addition to the current generation. Existing fans and trophy hunters will flex their knuckles ready to whip through this excellent mystery. For those new to The Raven, it offers a narrative-laden adventure that is among the best detective stories in video games. Reasonably priced, reasonably paced, reasonably satisfying.

Full disclosure: This review is based on a PS4 review copy of The Raven Remastered given to HeyPoorPlayer by the publisher. 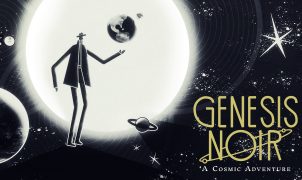