“It Ain’t The Sharpest Cast In The Pod” 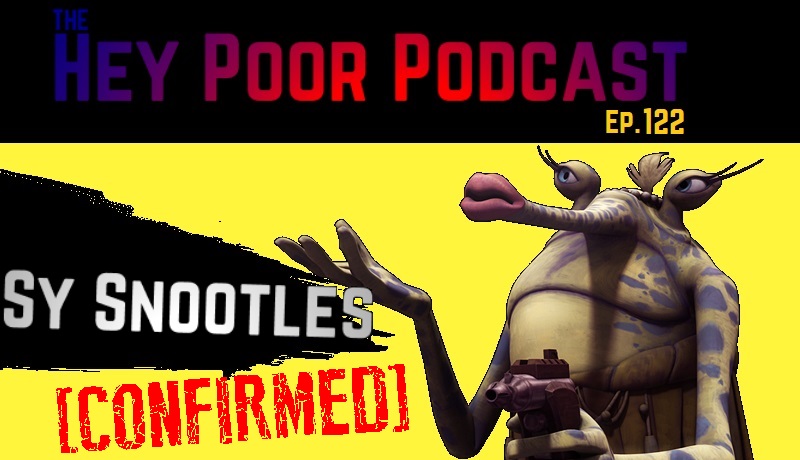 This week’s Hey Poor Podcast sees the old crew of I “Steamed Hams Inc.” Coleman, Jay “Sister Confession” Petrequin, and Nathaniel “Nico Naked Nathan” Terencio reunited for the first time in 2018. And not a moment too soon, either – from Battlefront II to Shadow of the Colossus to the never-ending parade of cool Switch ports, there’s lots of games to talk about. Plus: I Coleman can’t find anything bad to say about They Are Billions, Nathan rates the attractiveness of every single Smash Bros. character (#1 may surprise you), Jay tries to analyze the fall of the Marvel Netflix shows, and the POTUS made a half-assed attempt at regulating videogame violence. Oh, and there’s an extended discussion of awful Star Wars side character Sy Snootles, pictured above. We’re sorry, but not that sorry.

Games/Films/Etc of the week: Monster Hunter World, Shadow of the Colossus, The Flame And The Flood Switch port, Dragon Ball FighterZ, Marvel’s The Punisher, Marvel’s Jessica Jones Season Two, The Tick Season 1B, Warhammer Vermintide 2, They Are Billions