A Sublime Shooter That Will Test Your Mettle 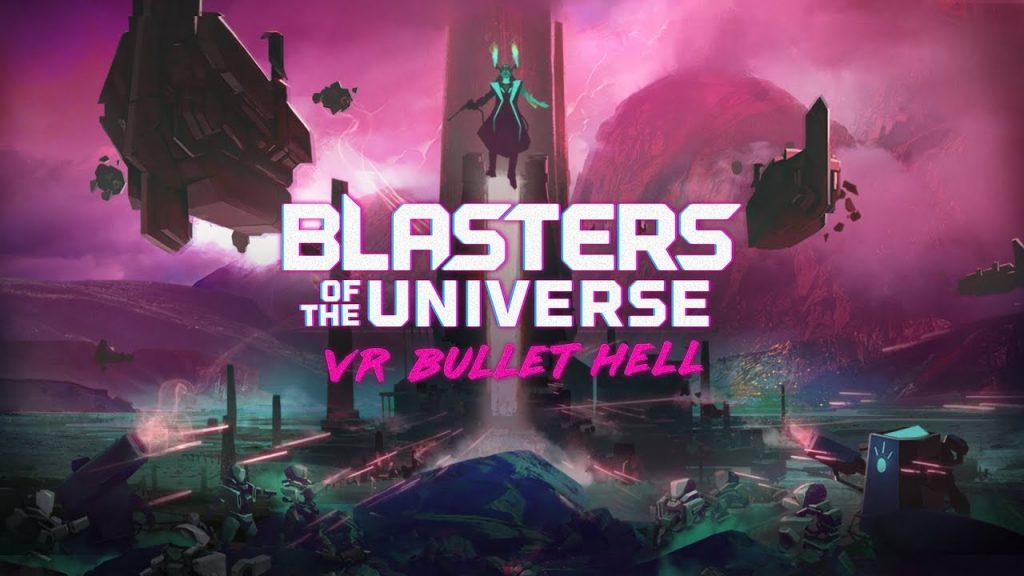 If there’s one thing that the medium of VR isn’t lacking, it’s wave shooters. And honestly, that isn’t such a bad thing. Games like Robo Recall and Superhot are prime examples of just how immersive and fun it can be to mow down hordes of baddies in virtual reality. Blasters of the Universe is the latest title to scratch our itchy trigger fingers. Developed by Toronto-based studio Secret Location, the game combines a slick, neon-saturated 80’s aesthetic with bullet hell elements to create a sublime shooter that manages to stand out from the pack. 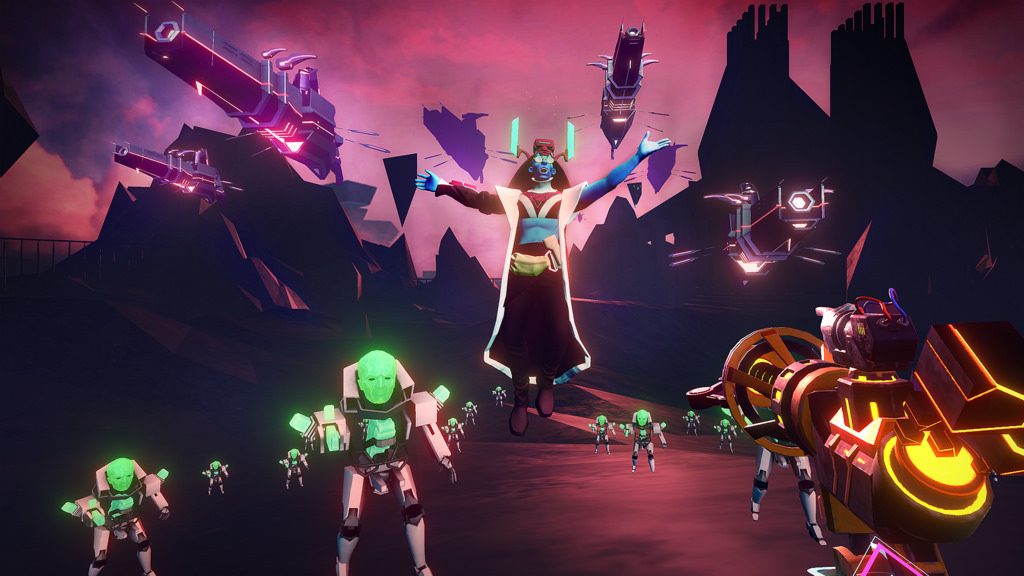 Blasters of the Universe’s story is as gloriously cheesy as the name would have you believe. After the local arcade receives its latest game, Blasters of the Universe, resident man-child and arcade rat Allen Fitzpatrick becomes obsessed with it, uploading his consciousness into the game. to challenge all who dare venture into his virtual realm. Now calling himself Grand Master Alwyn, it’s up to the player to blast their way through four challenging levels and dethrone the digital despot.

It’s not the most convoluted premise, of course. And the game is all the better for it. Blasters of the Universe doesn’t dare waste players’ time with walls of exposition. It kicks you in the ass and hurls you headlong into a neon fever dream, all while trading barbs with you as you try to claw your way out of the chaos. 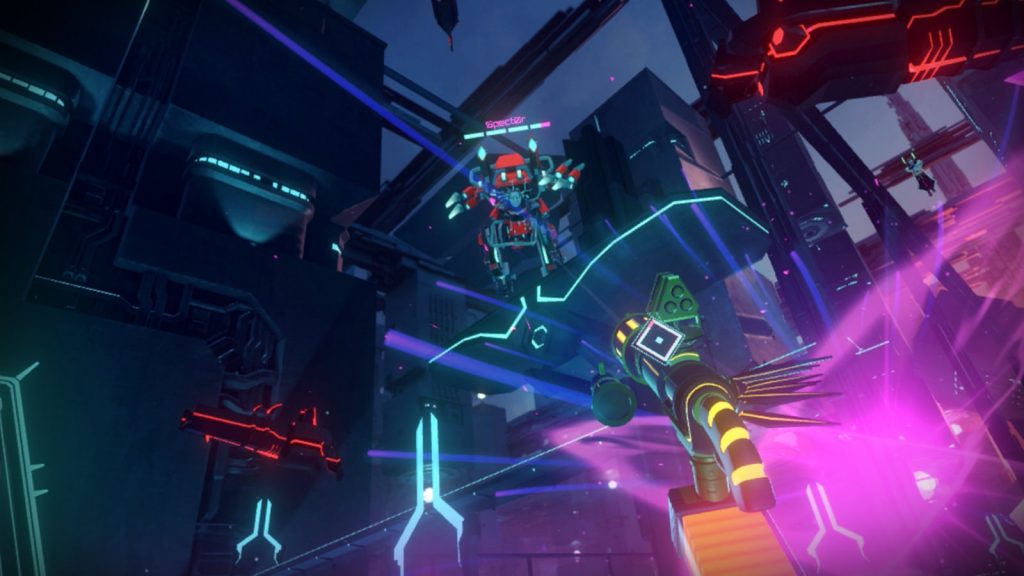 Blasters of the Universe’s bosses are challenging gauntlets that will test your skills.

Have you ever wondered what you’d get if Superhot VR bumped uglies with Furi? If so, you probably need serious help. But that being said, the end result would probably look and play a lot like Blasters of the Universe. From the pink and purple-soaked visuals that would look at home on any synthwave album cover to the glowing waves of plasma that fill the screen, the game shares both Furi’s striking retro aesthetic and its penchant for testing your skills. Likewise, like Superhot VR, your head is your only weak spot in Blasters of the Universe. That said, this is one physically demanding experience that forces you to duck, dance, and weave between walls of fire if you wish to stay alive.

If you’re thinking that sounds like a lot to manage, well, you’re absolutely right. This game is hard – brutally hard. Even veteran wave shooter fans will be left licking their wounds in the first level if they’re not careful. The only way to survive is to prioritize the enemies you fight and understand each of their various attack patterns. This is easier said than done, though. It’s not uncommon to find yourself dodging attacks from all sides. There were countless times I was weaving between a swirling vortex of bullets from one enemy, only to step right into the fire of an enemy I couldn’t see. Simply put, there are LOTS of occasions where there’s no way to avoid taking a beating.

This is Alwyn’s realm, after all, and you’re playing by his rules. 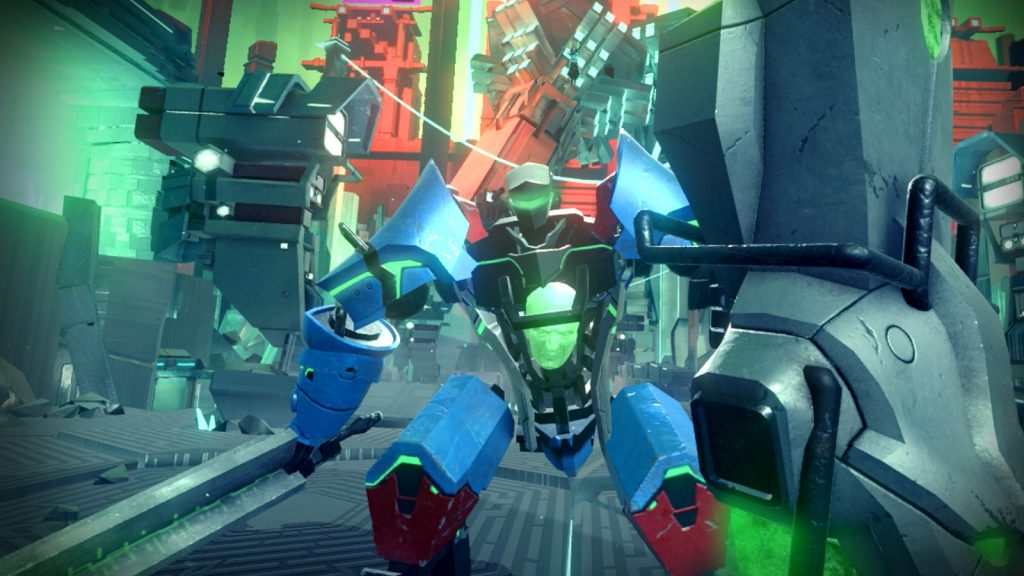 Blasters of the Universe requires two PlayStation Move controllers to play. One hand holds your gun, while the other deploys your energy shield, which can be used to block enemy fire. Don’t get too comfortable, however. It can only block a few barrages before it needs to recharge, so it needs to be used sparingly. The key to surviving the game’s four perilous stages is knowing when it’s best to dodge fire or deflect enemy shots with your shield. You’re only given five hit points per stage. And after the last of your health has been depleted, it’s back to the beginning with you.

One thing I really liked is the way the game’s weapons system is handled. Rather than having various guns you unlock, instead you craft your own weapons from a variety of frames, barrels, bullets, and more. The frame is the heart of your weapon and determines what kind of special you can unleash. Bullets and barrels can change your shot patterns and rate of fire, which all great affect your weapon’s handling. It’s so much fun experimenting with all of the different combinations at your disposal to design your perfect killing machine.

It’s worth noting that given how much the game forces you to move, it can get hot under that headset pretty quick. I often felt like I needed to take a short break after just a few attempts, which is rare for me with any VR game. Blasters of the Universe is just that demanding. So if you happen to suffer from VR motion sickness or are averse to too much physical activity, you might want to sit this one out.

Wave shooters are anything but scarce on the PSVR, but Blasters of the Universe is still well worth your attention. While it’s four levels may not seem like much, they pack a hell of a challenge and will keep you coming back for more. This unrelenting challenge, combined with excellent production values, make for an addicting trip to bullet hell that no fan of the genre should pass up. Just be sure to consult your physician before going toe-to-toe with Alwyn. Who knew fighting an evil arcade overlord could be such a workout?

Full disclosure: This review is based on a PlayStation 4 review copy of Blasters of the Universe provided by the publisher.