Oh I Zombie, you made a zombie outta me. 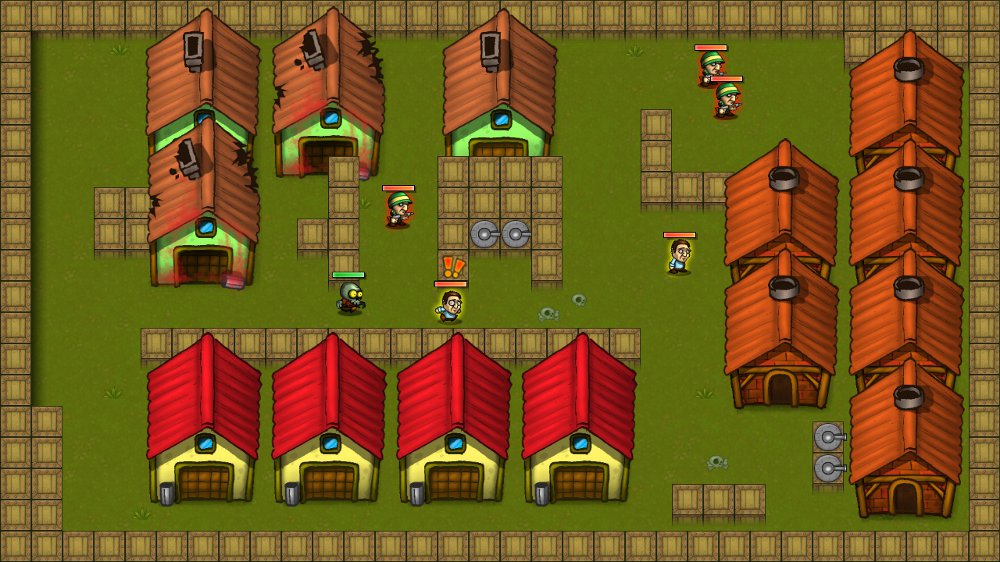 Nothing quite says painful than a game like I Zombie. A game that has the potential to be something great.

I Zombie is a game that I’d recommend taking with you when you’re on a plane and the trip only lasts about an hour or so, because that’s how long it’s going to take to complete. Yep, sounds good, doesn’t it?

Already you can probably tell where this review is going, but I won’t lie and say that I hated the game. No, in fact, I feel as though my problem with I Zombie stems from the fact I was really enjoying it. Until I got halfway and realized that its repetitive nature was becoming something of an issue for me, right to the point that when I got to the ‘end’ of the game I had an hour nap due to a mixture of exhaustion and relief. Mostly relief.

But I assure you that I Zombie isn’t all bad! It does what it sets out to do: a puzzle game about zombies infecting humans isn’t really ambitious, but Awesome Games Studio makes do and has produced a game that is worth playing… But only every now and then.

Puzzles are fun and inventive 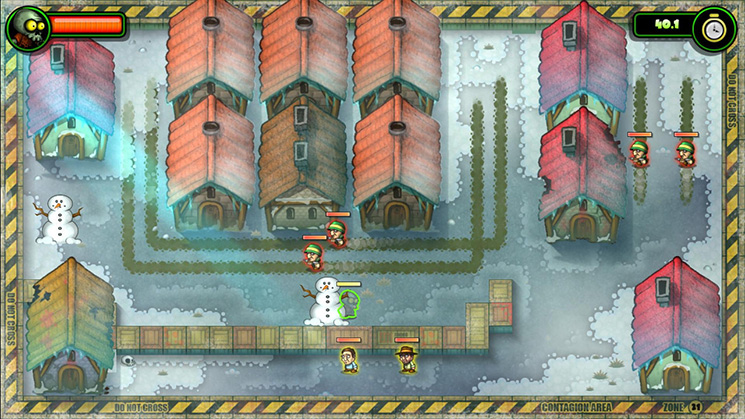 Despite the repetitive nature, I Zombie does show moments that are creative.

The game doesn’t really have a narrative when it comes to these puzzles, it really is just a simple ‘infect humans on screen and you’ve won’. Despite my frustration with the simplistic approach, I won’t deny that the planning behind each puzzle is very fun to solve, even if the endgame isn’t all that great.

One of the most common levels is your zombie character being placed to the left or right side of the screen with some non-armed human individuals waiting for you to munch on. It seems simple enough but as time goes on, more armed soldiers appear on the map in order to make your life a living hell, making it much harder for you to infect your appetizers when you’ve got soldiers shooting at you from all sides. With these different obstacles in your way, it’s up to you to try and figure out how to get around them.

Luckily for you, there’s always an advantage in numbers and once you’ve managed to nab at least one snack, things usually do get easier. But first, you’ve got to understand the controls on guiding your zombie buddies around with you and trust me, it isn’t as easy as it sounds. You can see above that you have your health on the left-hand corner of the screen, once you have a zombie friend to hang around with you’ll have a command come up below your health. These commands are known as: follow, attack and stop. Learning to use these at the right time really can make or break you screwing up the level, particularly during more difficult levels.

One of my favorite gameplay moments for this game was when you already had a zombie buddy, but he was on the other side of the map. That always led to quick thinking and fun, especially when having to navigate your fellow zombie towards you at the same time as not getting caught. It led to some really satisfactory moments, particularly when launching an almost pincer-like attack on any unexpecting victims coming your way. 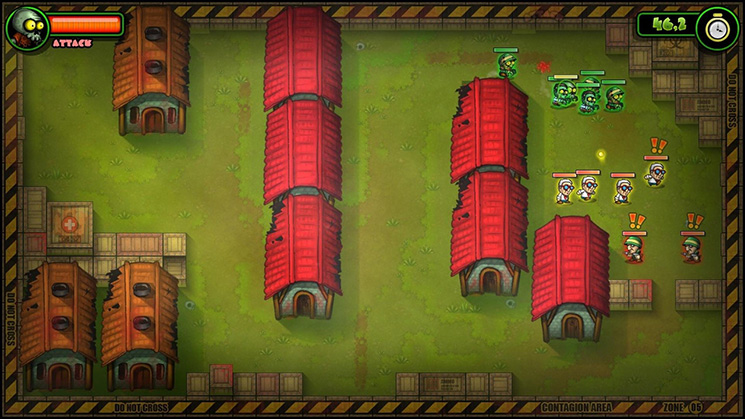 The problem with I Zombie is just that there’s not enough in it to make anything stand out.

I’ve said before that the game can be completed in a few hours, some levels being pretty much completed in about a minute if you’re really good. This wouldn’t be an issue if I felt like I was working towards something, but it takes about 25 levels before you can get a change of scenery! Not only that, but winter levels are just a handful which is a shame because they were my favorite ones.

In retrospect, it just makes the game incredibly dull at times. And it’s frustrating because I Zombie has such great potential, but to me it feels as though the creators couldn’t be bothered to create more than two maps. So they called it a day and then used the excuse that ‘we have a level editor where you can create your own levels and other people can play them too’ in order to make them feel better about it. But trust me when I say all it really does is make the problems the game has become more glaringly obvious than they already are.

And, as I’ve said, the level editor can only be so much fun. Designing levels is fine, though getting them to work and test them out is another issue altogether. While trying to save my level the game kept freezing and then after waiting for a while, it didn’t show if my level had saved in the first place – making me leave the editor a huge gamble each time as I wasn’t 100% sure it would save.  It just isn’t as fun as the game makes out to be.

Maybe leave this one alone for a while… 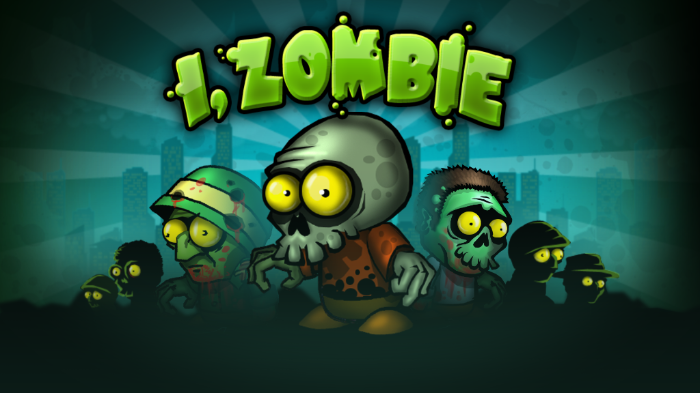 This game desires an active audience, though only time will tell if they’ll get it.

It’s hard to sit down and point exactly where I Zombie went wrong, but if I had to guess it was the hope of an active audience to fill in the gaps of an empty game. Sure it’s cheap, but the replay value of the game doesn’t even make it worth it. And to push off your own work in the form of attempting people to create their own maps, while a novel idea on paper, falls flat with this game. It just doesn’t feel worth making a map because of only being given certain assets anyhow, and with only two sorts of enemies in the game? There’s no adventure or creative space to try new things and thus it makes the game very underwhelming indeed.

So if you want to try I Zombie out just for some fun puzzle games, then be warned: this game might not be the one for you.

Full disclosure: This review is based on a Nintendo Switch review copy of I, Zombie given to HeyPoorPlayer by the publisher.