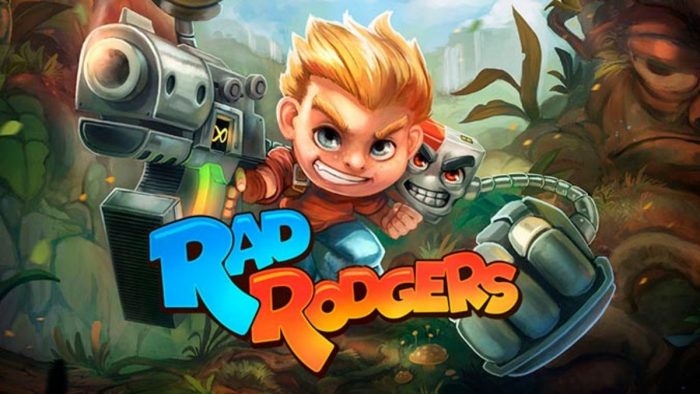 In THQ Nordic’s Rad Rodgers, you play as a kid, Rad, that gets sucked into his TV and into a world of platforming. Accompanying you through the world is your trusty console, Dusty, a foul-mouthed guide who snarks at you as you traverse the world in search of an exit. I must be easy to please because I loved this one.

A mix of old and new 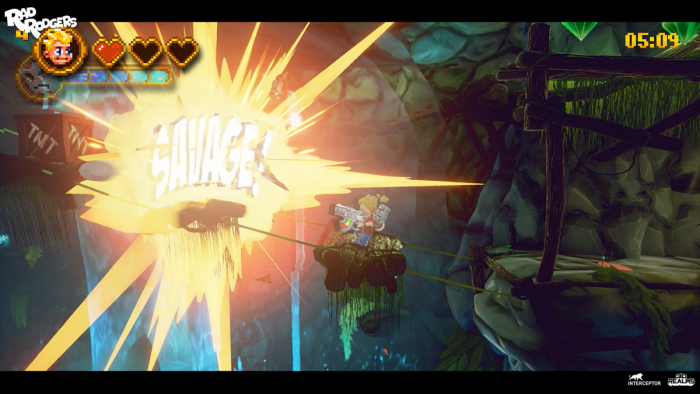 For me, Rad Rodgers hits some really nice nostalgia buttons while being a nice reflection of current games. The backgrounds, soundscapes, and music are delightful. The levels are all unique and colorful and the music is vaguely Outrun-esque but definitely suits the tone of the game. It’s a sidescroller but the levels are big. The verticality of levels surprised me. There can be a number of areas that go low then go high or fall even lower which might lead to more sidescrolling which might lead to more vertical exploration. Because of this, the levels aren’t linear. The ultimate goal is to collect four exit pieces to fit into the exit door and it leaves you to explore however you wish. Generally, the levels allow you to backtrack through the entire map to retrieve powerups, hearts, or gems. If you feel like you missed something, it might be a little time consuming to retrace your steps, but you’re never out of luck. 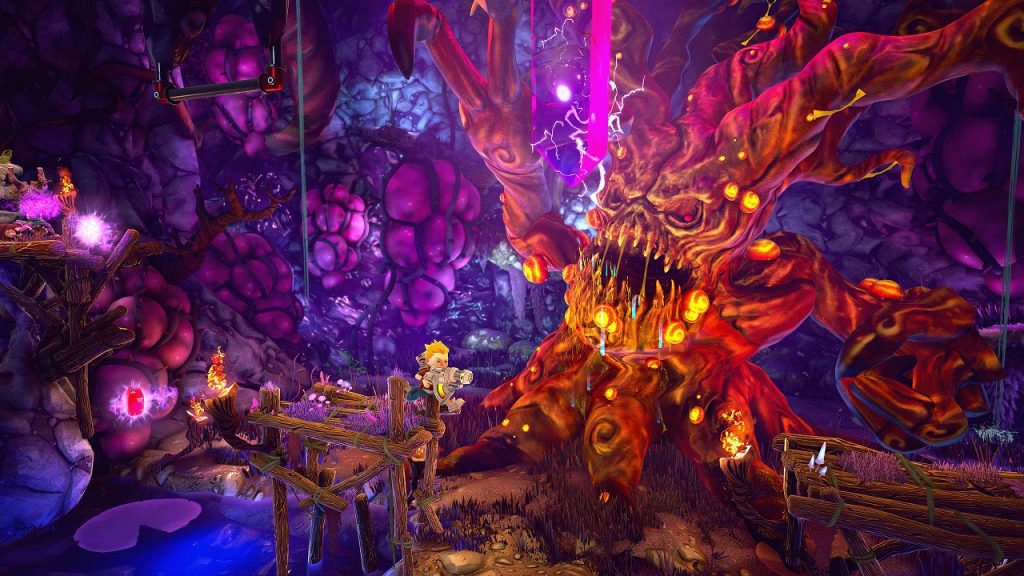 A setting you choose when you first boot Rad Rodgers is what age range you want to play as. There’s a kid-friendly version which censors swear words (of which there are many) and the adult version that lets you have the full monty. Though it does make this option available, there is an assumption in the script that players are of a certain age and like classic titles like The Legend of Zelda and Super Mario Bros. Dusty, your console companion, really likes to break the fourth wall and like a true sucker for pandering, I gobbled it up. When you make a mistake and lose health, Dusty can and will snark at you. He references video games that go, “Beep! Beep! Beep!” at you (before giving his own sardonic beep, beep, beep) and how he should’ve worked with the guy with the mustache because Rad is such a disappointment. 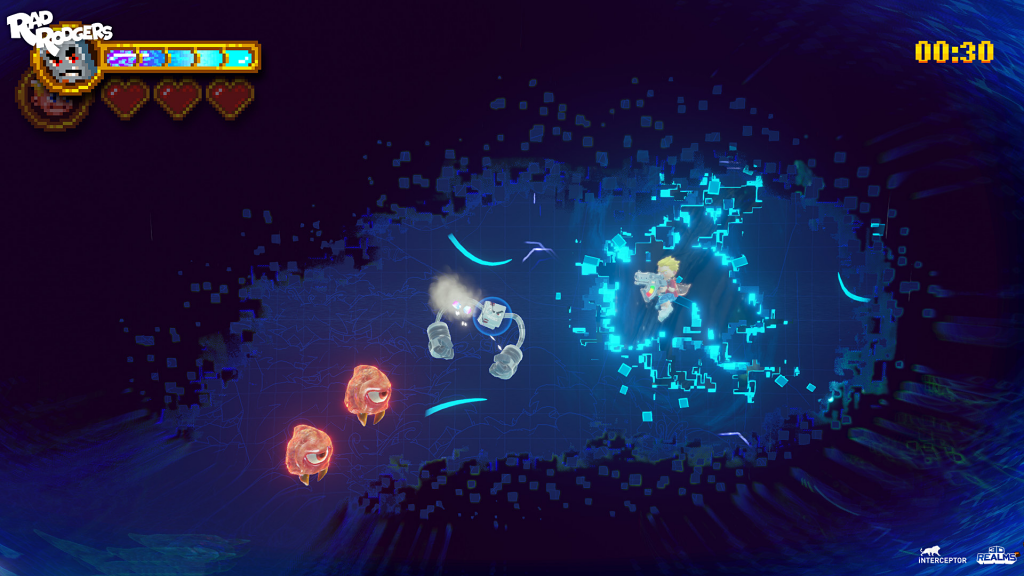 Honestly, there’s just so much to like in Rad Rodgers. One thing that took me by surprise was the level “repairs” that you have to do a couple times per level. If you get near a broken section, usually denoted by a blue “tear” in the world that is pixelated, you also become pixelated. If you jump into them, you lose control of Rad as he lounges and waits for Dusty, who you now control, to fix the issues. As Dusty curses the lazy developers, send him to navigate harmful bits and locate missing assets, punching them back into place. I will admit to struggling with Dusty puzzles, usually related to connecting parts in a certain order, but these sections add a bit of flavor. There are also hidden sections that can be a bit of a puzzle to reach. I’m not a completionist by any stretch but Rad Rodgers tickled my completionist fancy. I still haven’t completed a level to one-hundred percent and you don’t have to by any means, but I definitely stared wistfully at secret areas as I tried to jump to them with futility.

You go through levels and move around the world map in classic Super Mario Bros 3 fashion. The platforming itself doesn’t feel as smooth as it probably could be but it’s classic nonetheless. There are no double jumps but it’s fun and inventive: you can move logs back and forth with your weight to close gaps and swing on rope-like structures to get more air and most everything is placed just so. Your basic blaster is enough to get you through most enemies but there are a variety of upgrades peppered throughout every level. Personally, I was a fan of the quickfire mode and loathed the grenade launcher. You can enter NPC’s “houses” as it were and speak to them to receive goodies like weapon upgrades, health, and gems. It’s a relatively short game, though full of charm, and I highly recommend it to fans of old-school platformers. I hope that’s a lot of you.

Full disclosure: This review is based on a PC review copy of Rad Rodgers given to HeyPoorPlayer by the publisher. 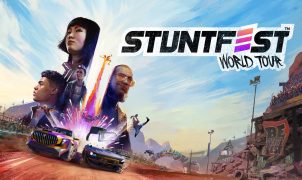 Can Stuntfest – World Tour Revive A Genre On Life Support?