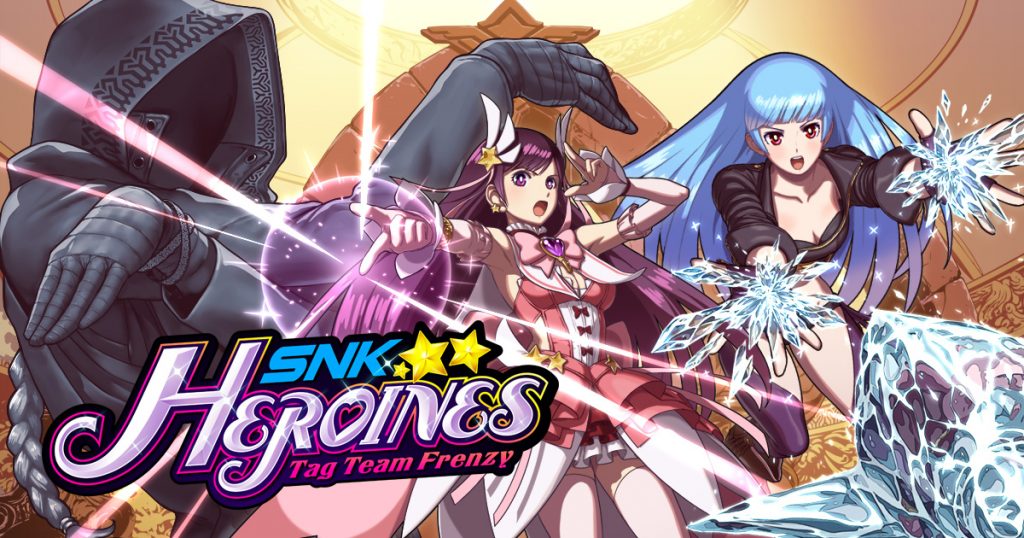 Despite my average skill level at fighting games, I am always excited for a new release. This year has quite the lineup for upcoming fighting games, and for me, SNK Heroines: Tag Team Frenzy was on the lower end of the spectrum in terms of hype – until I got to play it. I was more or less keeping up with the game for the mere novelty value of having a fighting game solely focusing on cute female characters. However, I am more than happy to say that SNK Heroines is shaping up to be a really enjoyable and accessible fighting game experience, that just happens to have a fair bit of fanservice. The game is colorful, fast paced, and a little different than your usual fighting game affair. 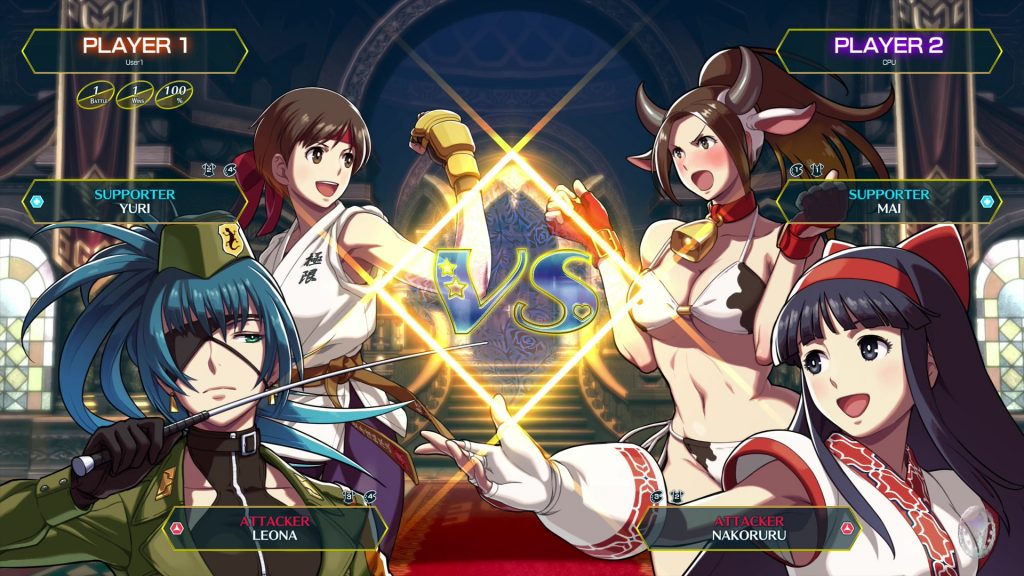 First and foremost, SNK Heroines oozes with style and charm. The game runs on what looks to be a version of the King of Fighters XIV engine, and while not the most graphically intensive game, it is very colorful. From what I got to play, the game has a stable FPS and animations are very fluid and responsive, which for a fighting game is a must. Even with amount of debauchery going on with special moves and items, there was never any FPS drop in my multiple playthroughs. 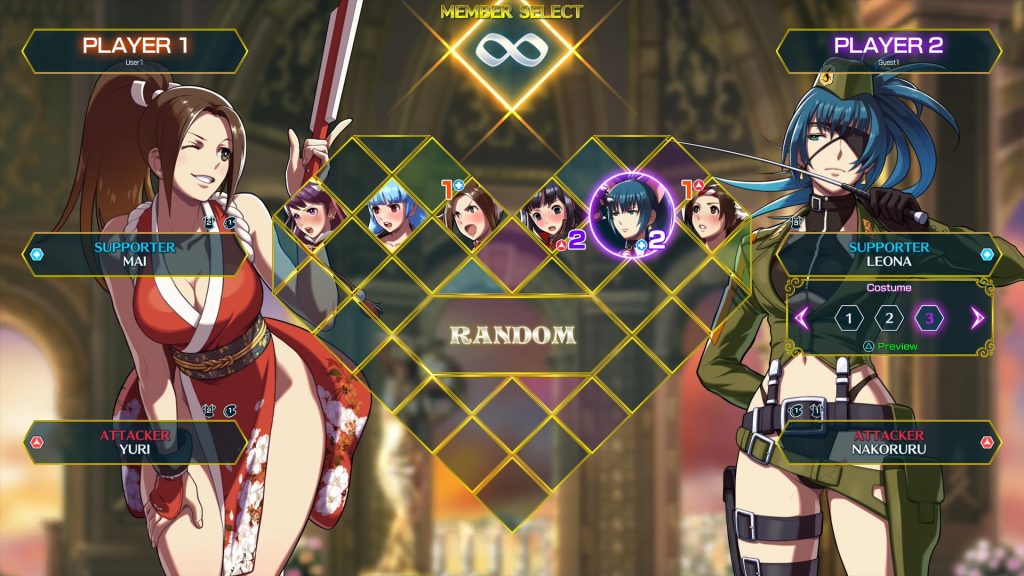 Another topic of note is the character models and art design. Overall, the over-the-top flamboyant aesthetic is very appropriate given the title’s concept. There’s a lot of bright over-the-top colors and very cutesy character designs. Everything from the UI to the character art to the backgrounds in each stage displays a vivid, rainbow blend of color. Even the playable characters in the current build all feel tonally consistent, despite the different backstories and motif of the ladies. It all feels very playful more than anything, and I do think it a nice change from your more serious and edgy fighting games. Tag Team Frenzy is a visual feast without ever being too overwhelming on the eyes, and given how much bright playfulness there is, that is a great accomplishment. 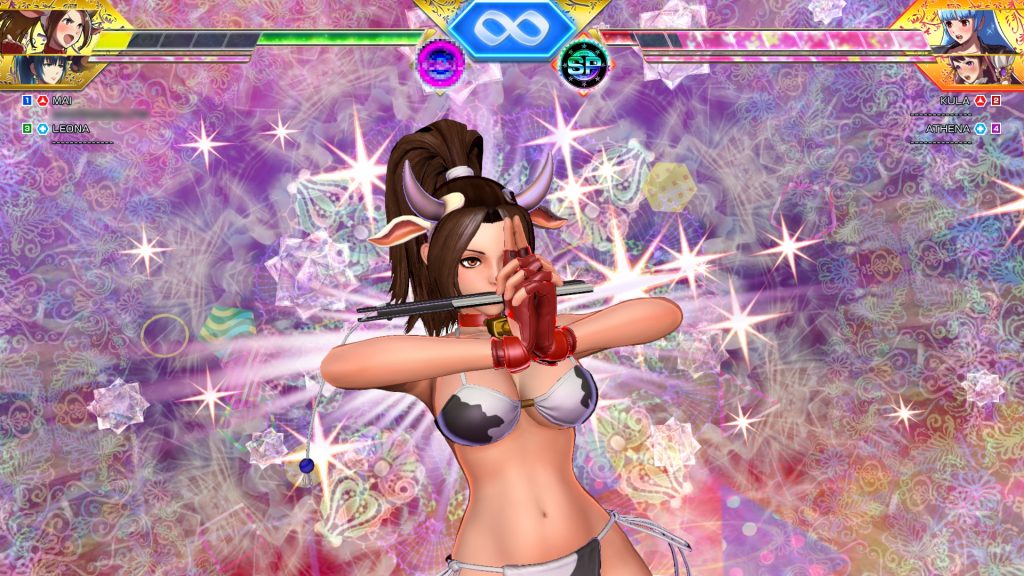 At its core, SNK Heroines is a tag team fighter, and a lot of the usual elements are there. However, there are some key mechanics that are very different from your usual fighting game affair. The most important, being the emphasis on meter management rather than HP. In most tag fighting games, your characters have separate health bars, and when a character loses all their health they are unable to be used for the remainder of the round. In Heroines however, both your characters share a singular health bar. This by itself is very unusual, but what makes it even more unusual is the fact that in order to end a round you must use a special move. Wailing on the opponent will not reduce your opponent’s HP any further when it gets low enough; at this point you must use what is called a dream finisher. Dream finishers are special moves that require a lot of meter, and can either be used to deal a lot of damage, or end the opponent when their HP is low enough. Now while on the surface this may sound clunky and problematic, but the execution is where the mechanics really succeed. 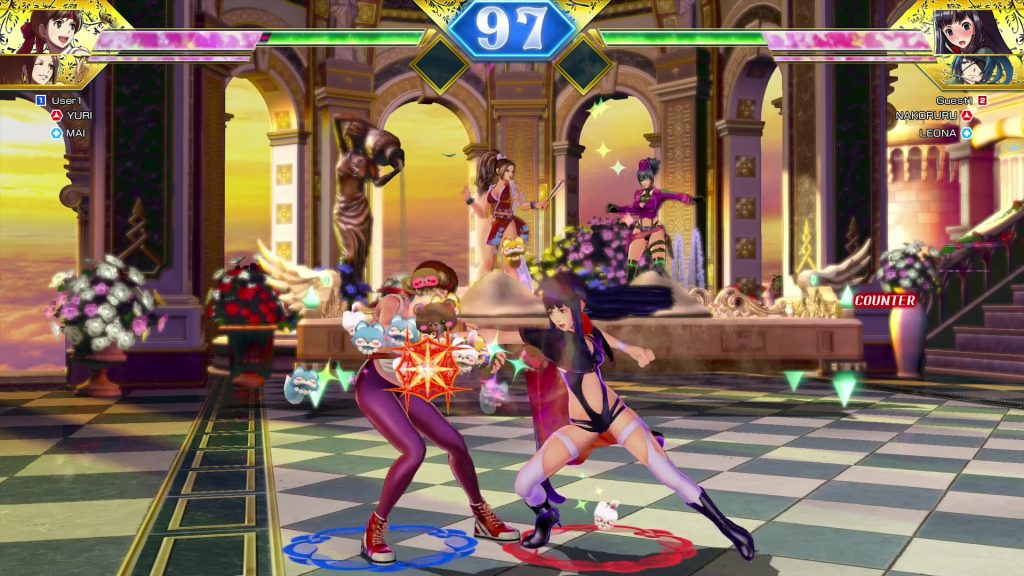 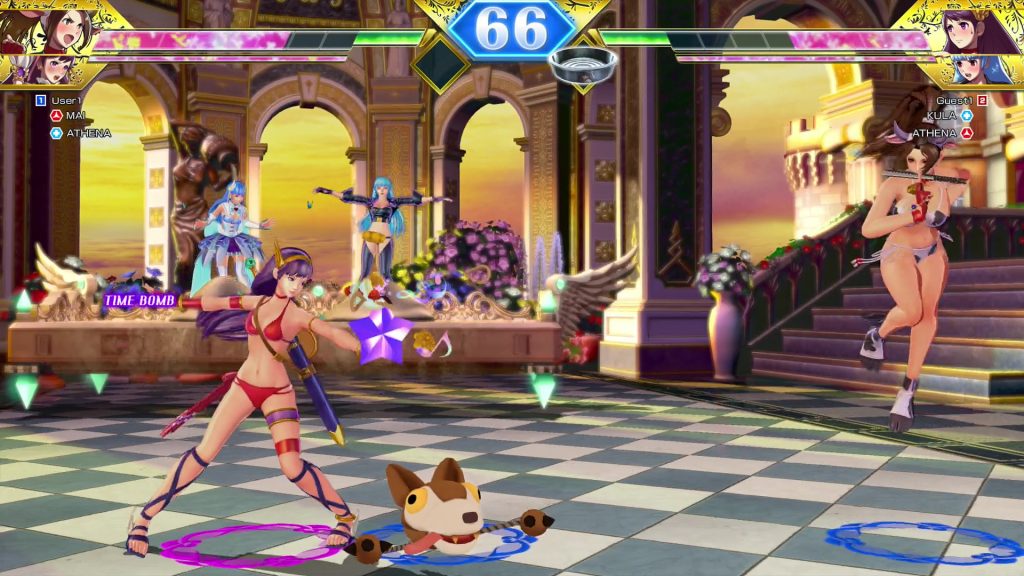 The last big mechanic I want to talk about that really does make SNK Heroines different from other 2D fighters, is the use of items. Items can be gained by hitting bright orbs in the stage, with the item inside being random. Now items are a huge controversial topic in fighting games, because many feel it takes away skill and adds unnecessary randomness to a game. While I do understand people’s concerns, it’s actually implemented rather well here, and in a way that doesn’t feel broken.

When most people think of items in fighting games they usually think of something like Super Smash Bros. Items in this scenario are used as a balancing act for less skilled players who don’t know the deeper mechanics, giving them a modifier for their lack of skill. In SNK Heroines however, items are used a supplementary mechanic on top of a player’s skill. Items by themselves won’t serve much use unless the player knows how to adequately use it in a given situation. There were many times where I received a powerful item mid match, only to mess up using it because I didn’t know the range or used it in a poor position. Lastly, none of the items in the current build are so overly powered that you will win a match just by having it. The items are only as good as when and how you use it, which is a big difference from games like Mario Kart or Super Smash Bros. SNK Heroines manages to put a mechanic that most see as cheap RNG, into something that rewards your game knowledge and skill.

I left the NIS America event wanting to play more SNK Heroines: Tag Team Frenzy. There was so much depth and action, that I immediately wanted to learn more of the finer mechanics. For a game that looked like an SNK fanservice wet dream, it has a great amount of thought and depth put into it. On top of all that depth was a good looking fighting game that was easy to pick up and have fun with. There’s so much going for the game and I can’t wait to see more waifu… I mean characters, get announced. The game is set for a Summer 2018 release, and for more info as it arrives keep checking back here at Hey Poor Player!