“Blaze of glory, end of story.” 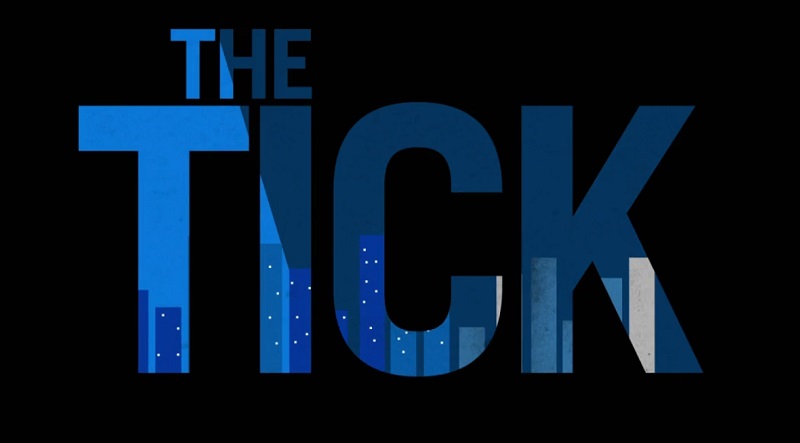 What the heck is a Season 1B? That’s a funny story. Amazon Studios, supposedly in order to “build up anticipation” and encourage discussion, released half of their revival of cult superhero parody The Tick in August of last year and held the other six episodes hostage until this weekend, exactly six months later. Unsurprisingly, heavily marketing what turned out to be a little over two hours of resolution-free buildup and then doing sweet F.A. to promote the second half did nothing to stir up anticipation and served only to give what was always going to be a niche series an even worse chance of success.

Which is a shame, because The Tick really is good. No – it’s great. It’s a hilarious, smart, and surprisingly heartwarming take on the overcrowded superhero genre that anyone reading this site is sure to enjoy. Its second half successfully pulls its many sideplots and characters together into a thrilling conclusion, and if you’ve been missing out on the show there’s never been a better time to get in.

Since, y’know, the whole thing is actually out now. 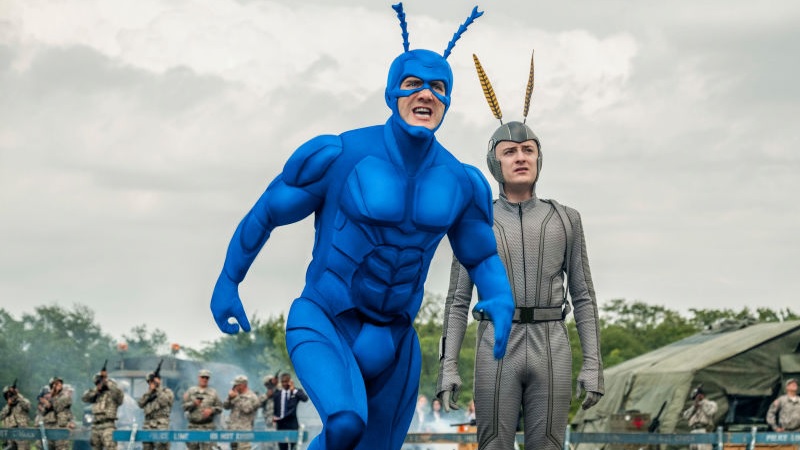 The Tick and Arthur are back from facing their greatest foe yet: Amazon’s ludicrous release scheduling.

When I reviewed the first half of the season I said it centered around a single question: “What if Arthur is awesome?” The second half of the story is about taking that idea a step further: “What if everyone is awesome?” The show has been building to a superhero teamup between The Tick (a big blue invincible man-baby), Overkill (a grim and gritty robo-ninja who’d fit right in in a dreary Netflix series), and Arthur (Arthur), but what’s more surprising is how the show brings in every character who got so much as a mention in the first half, from Arthur’s badass sister Dot to Goat the paranoid shopowner to the darn near omnipotent Tinfoil Kevin. For a series that has so much to say about capital-D Destiny, it’s refreshing that the focus isn’t on spandex-clad Chosen Ones so much as it is on the everyday heroism of ordinary people.

(Incidentally, this focus on bringing back every character and sideplot from the first half means that you’ll need to rewatch the previous episodes to make sense of the new ones, and is the sort of story construction that works best with a series you can binge straight down. But no need to belabor the point, I suppose.)

Of course, The Tick also has superheroics to spare. There’s a city in peril, a delightfully complicated evil plot afoot, and a pair of dastardly villains to face. Some of the CGI’s a bit hokey and none of the action sequences quite reach the height of Season 1A’s Tick/Overkill team-up, but that’s never been the focus of this character and they’re mostly here to make the final moments of Arthur’s journey feel suitably epic, which they do. As in previous incarnations, Amazon’s The Tick is more interested in skewering the tropes of the genre, and does so in a way that’s a far cry from what we normally think of as “parody.” This isn’t The Orville, thank goodness – it’s not about just doing what other superhero shows do, but “funny” – it’s about deconstructing the genre and looking at whether or not the things it takes for granted are really things worth celebrating. Having a superhero teamup that’s almost all regular people is a good example, but the most inspired bit of business is the titular Tick’s hilarious search for an origin story, with the show rightly concluding that how he got his powers doesn’t matter as much as what he chooses to do with them. 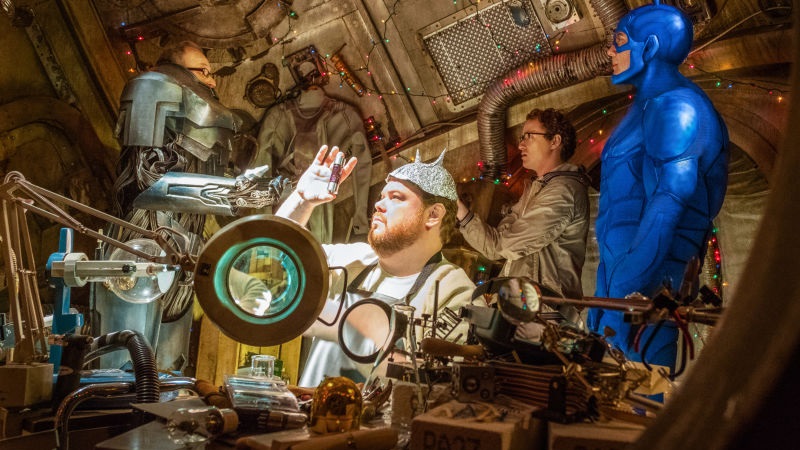 Despite its more grounded approach, the show maintains the franchise’s penchant for goofy character designs, particularly in the newly-introduced Doctor Karamazov (far left.)

Trying to be a comedy, a genre commentary, and a genuinely compelling superhero show is a tall order, but for the most part The Tick succeeds in keeping all its plates spinning by focusing in on the relationships between its well-rounded characters. Griffin Newman continues to steal the show as the neurotic but genuinely heroic Arthur Everest even as he and The Tick settle into their more familiar roles as each other’s sidekicks, and comedy veteran Peter Serafinowicz walks the fine line of giving the Big Blue Bug O’ Justice some moments of real pathos without losing sight of his role as a larger-than-life joke machine.

But the best back-and-forth comes from the show’s villains: Jackie Earle Haley’s Terror and newly-promoted series regular Yara Martinez as Miss Lint. Just as Arthur had to grow into his role as a hero, Miss Lint has fully embraced her destiny as a villain and Martinez is delightfully terrifying as she takes over The City’s organized crime. But while Lint’s methods are brutal and efficient, The Terror is an old-school supervillain – evil, certainly, but also fond of ridiculously convoluted plans and perpetually concerned with his image (“I can’t just maniacally laugh! I have to see something maniacally funny first!”) The two are compelling both as a genuine threat to The City and its sworn protectors and as two individuals from very different eras of the superhero genre, but most importantly, they’re laugh-out-loud funny as they constantly butt heads and plot to destroy each other. 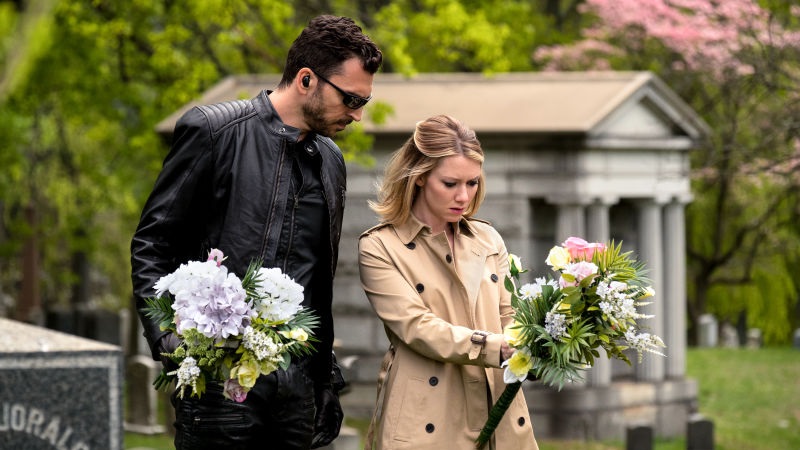 Not everything here works quite as perfectly. A sideplot with Dot becoming more confident by carrying a firearm probably felt a lot less uncomfortable a few months ago than it does now (by the cast’s own admission). The worst bit is a sideplot involving Alan Tudyk’s Dangerboat coming out as gay, which serves firstly to make the show’s only canon LGBT character a non-human (a trope which has historically been used to otherize gay people) and which is also followed by him essentially stalking Arthur and groping him in the shower. In my mind, this felt like a classic case of the stereotype of the predatory gay man, and a surprising misstep considering that the 2001 Tick had a whole episode dedicated to gay rights. But others have responded to the character differently, citing him as a breath of fresh air in the otherwise overwhelmingly straight superhero genre. I suppose the fact that a goofy comedy like this can inspire such debate is in and of itself a good thing – still, for my part, I was uncomfortable.

But besides those minor gripes, the show did a remarkable job of sidestepping my worst fears. Every time it seemed to be getting too serious, it course-corrected, as when Arthur responds to a lengthy bit of exposition with a hilarious tirade about how stupid the whole situation is. An uncomfortable burgeoning relationship between Dot and Overkill – not a bad thing on paper, but which would have felt forced and ham-fisted with so little room to grow – instead veered into something much more interesting and amusing. And there’s even some welcome nods to the old series (series-es?) for us dedicated fans, including the return of Tick and Arthur’s most famous catchphrases.

The last live-action Tick series was pitched as “Seinfeld with superheros.” This one is perhaps more accurately “Jessica Jones with jokes.” Yes, this is a more grounded series, with less of the madcap energy that defined its predecessors. But the old shows and comics will always be there, and taken on its own terms Amazon’s The Tick is still a brilliant piece of television writing. It’s inventive, goofy, and heartfelt even as it interrogates questions of identity, destiny, and loneliness. Is it the best superhero show? It’s certainly my favorite, and certainly the best thing Amazon Studios has ever done.

If you haven’t watched the show yet, now’s the perfect time to enjoy the completed first season. And if you already have, then go tell it on the mountain: The Tick is well and truly back.

The Tick is currently streaming its first twelve-episode season on Amazon Prime. 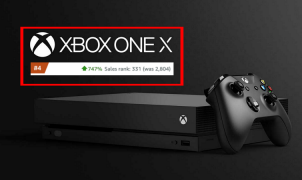 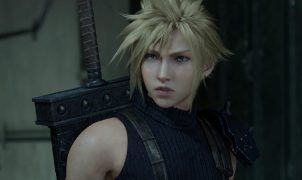