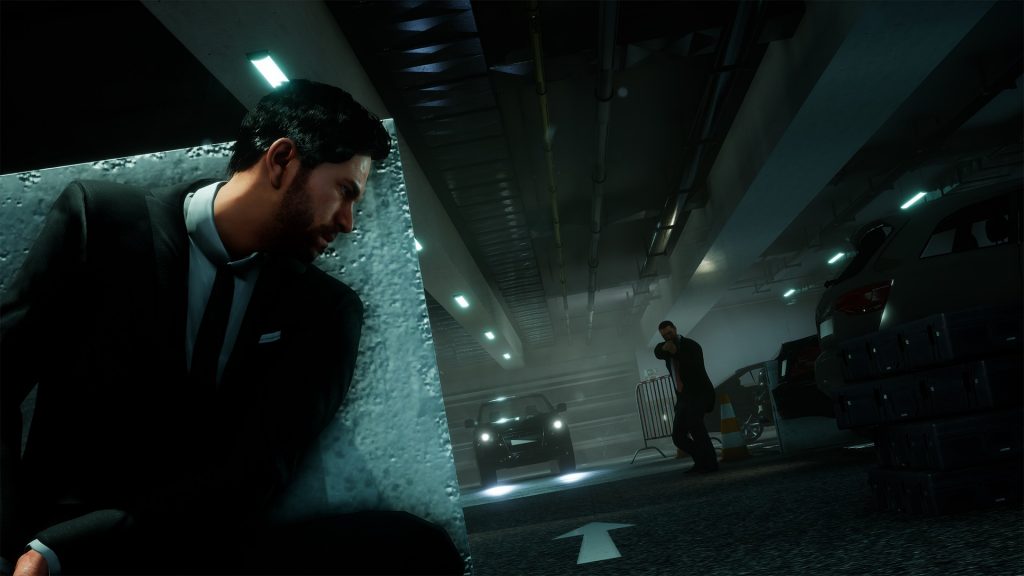 On the surface, Past Cure certainly has a lot going for it. The debut release from indie developer Phantom 8 Studio, the game is a cinematic, story-driven psychological thriller that puts players into the shoes of Ian, a former soldier who spent 3 years in captivity while a shadowy organization experimented on him. While his captors robbed Ian of his memory of those events, luckily for him, they were kind enough to leave him with a few powers as a parting gift. Now, Ian must use those abilities to track down those who kidnapped him and get revenge while battling his own inner demons.

Sounds like a pretty cool premise, right? I certainly thought so. The opening moments of the game started off promising enough. Taking control of Ian, I was tasked with navigating a crumbling tenement while hordes of ceramic nightmare mannequins pursued me, hell-bent on stomping on my head and splattering my brains upon the floor like an overly ripe cantaloupe. Unfortunately, while the third-person gunplay and nightmarish, Jacob’s Ladder-inspired aesthetic are certainly appealing, myriad technical issues and a poorly-paced narrative squander Past Cure’s potential. 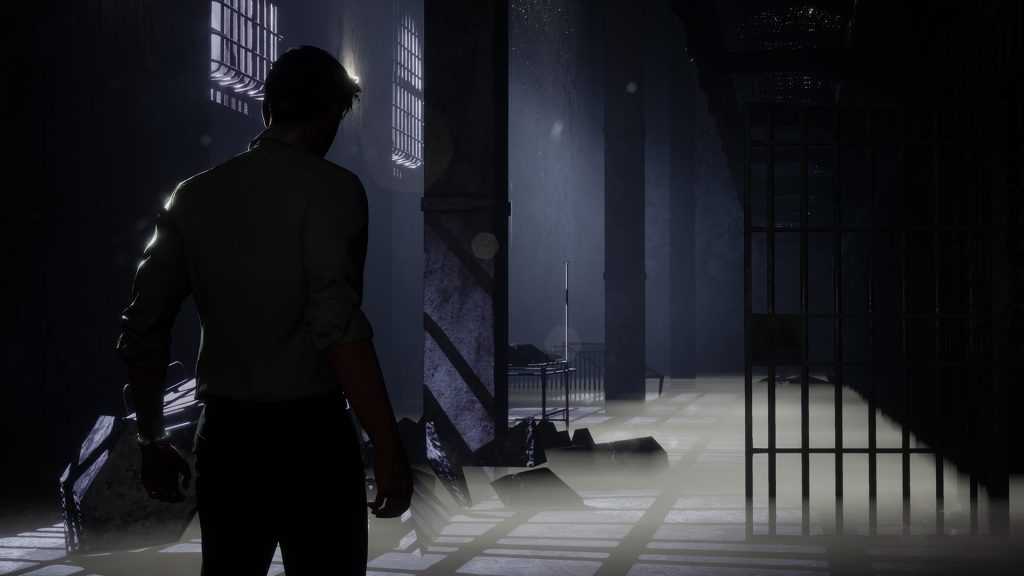 When not gunning down mercenaries in ultra-modern suites, Ian explores his own crumbling psyche.

Past Cure tries to do a lot of different things at once. The problem is that it’s not particularly good at any of them. The gunplay feels way too loose and weightless.  This is especially frustrating given the fact you’re almost always fighting a half a dozen faceless goons at once. Stealth segments don’t fare any better, either. They drag on forever and are hamstrung by the brain-dead enemy AI and makes them a real slog. And while the horror elements seem promising at first – like when you’re exploring Ian’s house and those aforementioned porcelain nightmare mannequins manifest all around you – the scares are quickly diminished as these doll-like antagonists become your constant companions when you venture into Ian’s crumbling inner world.

If all of these mechanics were more seamlessly implemented then this would be all fine and well. Sadly, that’s not the case with Past Cure. In fact, it often feels like these segments are ripped from different games altogether. Needless to say, this makes for a game that plays like a collection of disparate parts that don’t quite fit. To make matters worse, each level you’ll explore is absolutely massive (just wait until you see the parking lot stage), which can make the action become quite repetitive.

More interesting level designs and a wider variety of enemies to battle would have gone a long way towards making Past cure a more palatable experience.

I’ve Got The Power 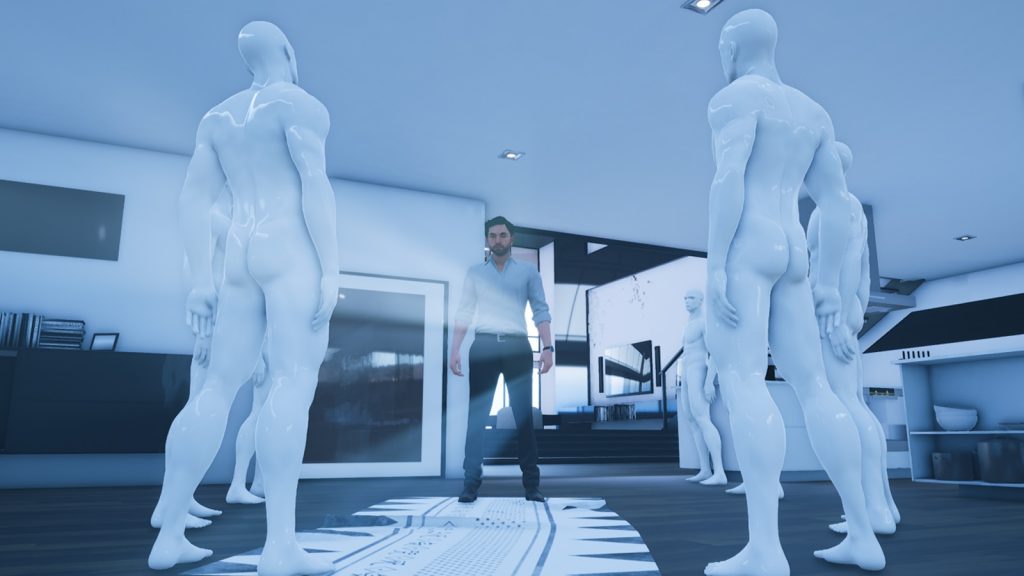 These porcelain pursuers aren’t going to make your life easy.

Over the course of the game, you’re given access to Ian’s superhuman abilities. The most useful of these tools is Ian’s ability to slow down time, which can, in theory, be used to do things like cross platforms before they crumble or shoot bullets from the air. The thing is, these more novel ideas are almost never used throughout the campaign. Most of the time you’ll simply utilize this ability to slow down enemies so you can line up a headshot or get away from pursuers before they can catch you with that dreaded one-shot kill.

In addition to being able to manipulate time, Ian can also use astral projection to view faraway areas and hit switches that are out of reach. It’s a cool idea! The problem is it’s never used in more interesting ways, except for on the very rare occasion you’re able to transfer your conscience to an enemy and have them hack a terminal before their brain melts.

Phantom 8 Studio really had the opportunity to make Past Cure stand out by making Ian a superhuman powerhouse. The idea of mowing down shadowy underworld commandos and crushing their psyches with your mind like some supernatural John Wick is nothing short of awesome. Instead, we’re treated to a handful of special abilities used in very mundane and monotonous ways. Bullet Time was novel when Max Payne did it because Remedy crafted an excellent shooter that was enhanced by Max’s powers. The problem here is, as a shooter, Past Cure is a sloppy mess full of cumbersome melee combat and clunky gunplay set in areas that feel more like shooting galleries than functional battlefields. The end result is a game where the powers you’re given feel less as a way to empower the player and more like a necessary tool to overcome its flawed design.

Stuck In The Past

Men’s Wearhouse isn’t messing around with their 2018 ad campaign.

In terms of presentation, Past Cure is all over the place. Despite being crafted with Unreal Engine 4, the character models leave quite a bit to be desired and would have looked right at home on the last generation of consoles. The animations are similarly archaic looking, with Ian’s knees barely moving as he moves through the environment. Still, the environments are occasionally pretty impressively rendered. I especially like the sleek, ultra-modern look of Ian’s brother’s home and the way it’s contrasted against the dark, crumbling world within Ian’s mind.

While technically unimpressive, Past Cure does feature some solid art direction. This is especially evident during the cutscenes. They do a great job of conveying the game’s unnerving atmosphere of psychosis. The only problem here is that the voice acting that accompanies them is truly awful. I’m not exaggerating when I say that Ian’s voice gives Tommy Wiseau’s notorious performance in “The Room” a run for its money. It’ll tear you apart, Lisa.

Poison Is The Cure

Despite its numerous problems, Past Cure has its moments. The story may be almost unintelligible at times thanks to some inconsistent pacing, but the mystery managed to hold my interest throughout its 5-hour duration. And while the visuals leave a bit to be desired, the fantastic soundtrack is suitably oppressive and moody, which did help pull me into the experience.

Past Cure is a title with tons of ambition that’s hobbled by sloppy execution. The game’s varied cocktail or horror, gunplay, stealth, and a strong, story-driven narrative could have made it something truly special. However, the lack of polish, repetitive design decisions, and some serious technical issues that extend right down to subtitles that don’t even match the onscreen dialog, make for a game that’s hard to recommend to all but the most starved shooter fans.

Full disclosure: This review is based on a copy of Past Cure given to Hey Poor Player by the publisher.