Itch.io has got a winner when it comes to Lost Wage Rampage 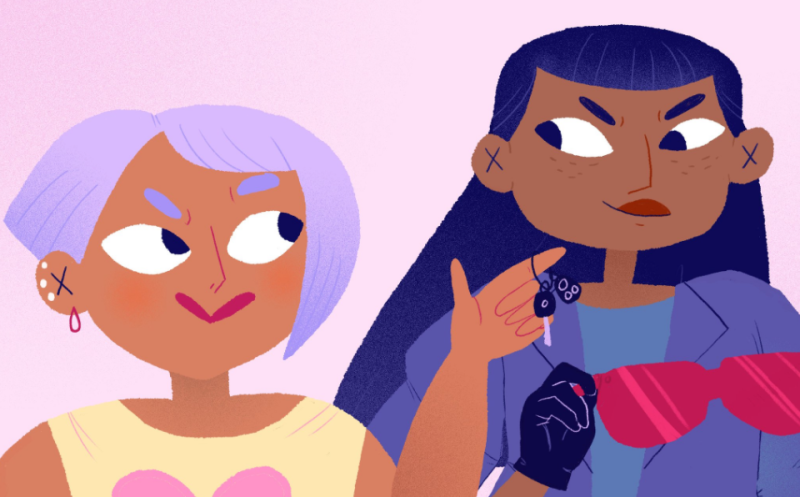 Lost Wage Rampage is delightful while also speaking about a very real issue.

In this day and age, we still suffer from one of the most ridiculous issues: the dreaded gender pay gap. I say ridiculous for a very simple reason: how is it so hard to pay people the exact same thing if they do the exact same job? Why is that hard? Why are we still struggling to understand this?

You may think I’m digressing, but in Lost Wage Rampage you get to turn your disbelief into anger, anger that leads the two main characters (two retail workers) to hop into the nearest convertible and take back what they’ve earned – Thelma and Louise style! Cruising throughout your local shopping mall, running over clothes, TVs and whatnot to help you grab all that sweet, sweet loot in revenge? This is the kind of game that we need in our lives, don’t deny it to yourselves!

In all seriousness, what makes Lost Wage Rampage so fun is the simplicity of it all. These two ladies don’t have intricate backstories that pull us in, in fact, all we really know about them is that they aren’t getting paid the same as their male colleagues, and isn’t that the most important thing we need to know that makes us root for them anyway?

It’s a great game and gameplay can last up to 30 seconds to seven minutes, so it definitely isn’t a game that’s going to take up all of your time.

So give it a go here on Itch.io!

And be sure to tell Jane Friedhoff, Marlowe Dobb and Andy Wallace what you think!