The Easiest RPG You’ll Ever Play 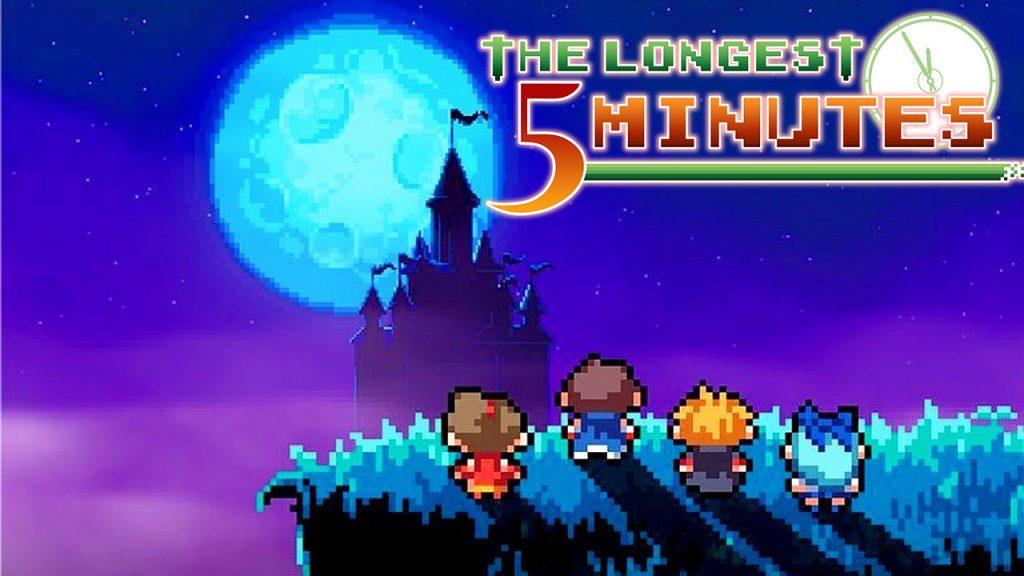 If there is one thing I’ve learned about video games, it’s that hero characters have a knack for suffering from amnesia. Almost all the classic stories we know and love start off with amazing heroes completely forgetting who they are. We saw it with Gillian Seed from Snatcher.  Zero from the Mega Man series. And of course, Darth Reven from Knights of the Old Republic. This is usually done to make the player feel weak and powerless at the beginning of a story. Sequels often seem to suffer the same fate. I can’t help but roll my eyes whenever an awesome hero who just saved the world simply forgets everything that he’s accomplished and can’t remember how to use any of his abilities. It’s laughable, but as gamers, we accept it. 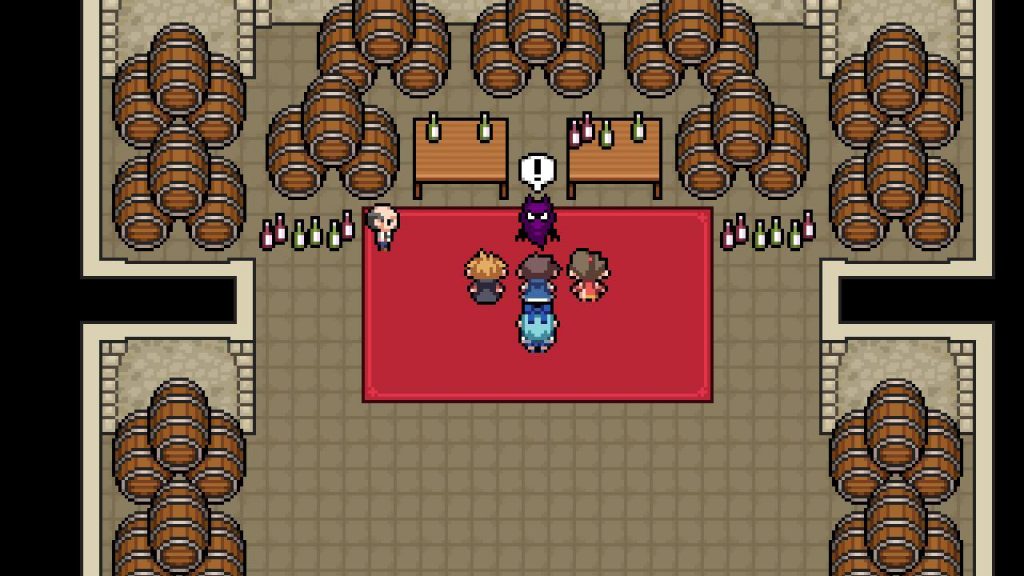 So when I first found out about Nippon Ichi Software’s JRPG cleverly titled “The Longest 5 Minutes”, I couldn’t help but smirk. Just take a look at the first few words of the game’s synopsis. “Our hero tries to regain his priceless memories”. Yup, here we go again.  But the further I read into the story the more I realized that this isn’t your average tale about a hero with amnesia. Well, let me rephrase that. The hero technically does still have amnesia, and he technically does forget how to use all of his abilities. But The Longest Five Minutes flips things around a bit, resulting in a classic JRPG story with a twist.

For starters, the game begins at the end. Sounds crazy, right? It’s kinda reminiscent of a Quentin Tarantino film in a way. But to flip the script, our main hero has never suffered from amnesia…until now. Yep, at the beginning of game’s final boss battle, our hero has completely forgot what got him there. He and three people that he doesn’t even recognize are about to go head to head with a demon the size of a house.

So how do you defeat the final boss of a game if you forgot how to fight? Flashbacks!  Flashbacks are exactly what is needed to help him remember and regain all of his abilities. Coincidentally, our hero’s name is Flash Back.  Yeah, it’s corny, but any hero with the name Flash is automatically cool in our book.

What Have I Gotten Myself Into? 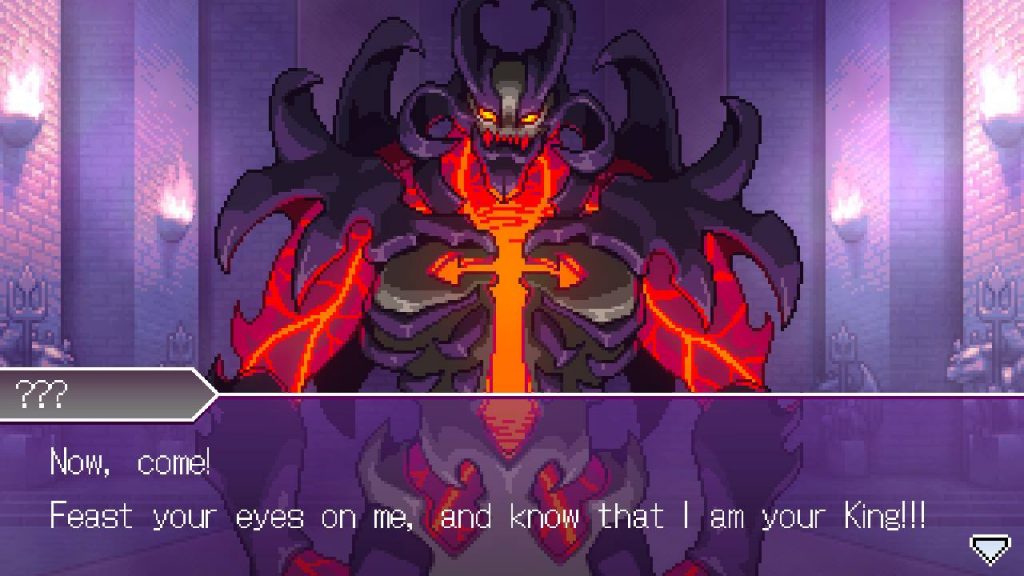 The story plays out in several flashback scenes in which you control Flash and his three friends as they battle monsters that appear out of a mysterious purple fog that has taken over the land. As Flash regains different abilities and defeats certain enemies, the story flashes forward to his battle with the final boss, where he uses his new found skills against him. As the fight goes on the boss will attack our hero with stronger attacks. This means the hero must flashback to a memory where he learned a specific tactic to counter this new attack. During these flashbacks Flash will also learn about the three other characters who are fighting beside him. Oh, and this all happens within the five minutes that it takes to bring down the final boss.  It’s a premise that works really well and introduces a fresh take on the stale amnesia storyline that we all have come to know and love. 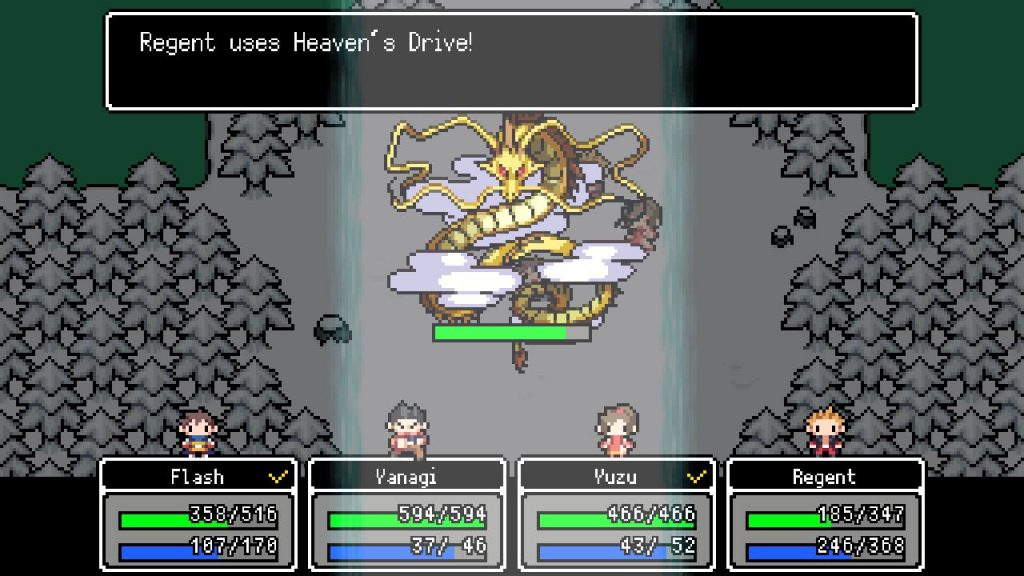 Although the story works well, the battle system leaves much to be desired. The Longest 5 Minutes could possibly be the easiest RPG ever made. Similar to other classic 8-bit  RPG’s, our hero and his friends travel together on a overworld map. Random enemy encounters will open up a battle screen, where the player can choose physical and magic attacks to use against the enemy. If the hero is taking too much damage, the player can always guard against incoming enemy attacks. If the hero has no chance of winning a fight, the player can attempt  to run away.

Forget all of that because the only thing that is needed to complete The Longest 5 Minutes is the basic physical attack. The whole game (with the exception of a few boss battles) can be completed by simply using the physical attack option. Sure, there’s magic to use, but it’s not needed. It’s baffling why magic is even in the game. If you like your games to lack any challenge whatsoever, then your in luck. Not one bit of skill is needed to complete The Longest 5 Minutes. 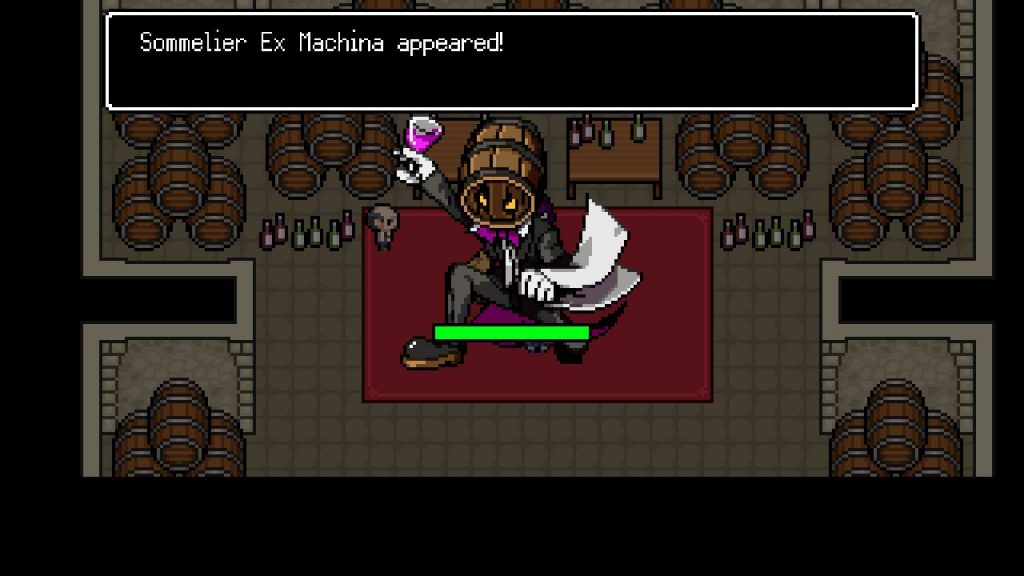 Other traditional RPG elements are introduced throughout The Longest 5 Minutes, but they are also not needed. Shops offering health items and armor upgrades are located in towns that can be visited within the game. But since there is really no need to ever replenish your health or magic, there’s no need to pay a visit to any of these places. There are also side missions to complete, but the experience points that they reward are ultimately worthless since the game is overly easy. Almost everything in the game that’s there, besides the story, feels as though it’s there just to keep up with tradition.

Although there is no challenge, does that mean that the game is bad? Absolutely not.  The story and the characters are all magnificent. Even though the game starts at the end, the flashbacks give the player a chance to get to know Flash and watch him build friendships with the other three characters. You can tell that the writers had a lot of fun with the story, and the flashbacks really give them a chance to let their creative juices flow. At the midway point of the game you’ll start to see flashbacks of flashbacks. This is where you’ll really start to dive deep into certain character backgrounds.  The storytelling here is amazing, and I really hope gamers can look past The Longest 5 Minutes lack of challenge to experience it. 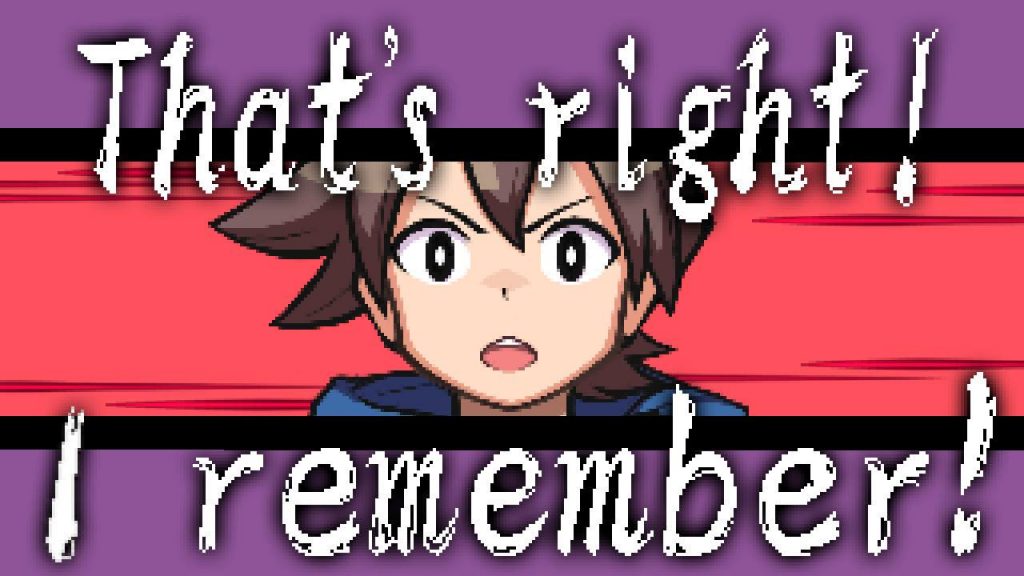 As far as visuals go, everything is in an 8-bit style. The characters are all pixel perfect as well as the towns and environments. The enemy designs are creative and fun to look at, although you might not even notice since battles never last more than 5 seconds. It didn’t matter if I was playing handheld or docked, the visuals always remained crisp and vibrant. Keeping up with the visuals, the music throughout The Longest 5 Minutes is equally impressive. Every flashback had a matching tune that fit the situation perfectly. Looking at the visuals you’d think that the Nippon Ichi Software would stick to tradition and create a chiptune soundtrack, but they went against the grain. What is here would fit nicely in most of today’s modern RPGs.

Full disclosure: This review is based on a copy of The Longest 5 Minutes given to Hey Poor Player by the publisher.