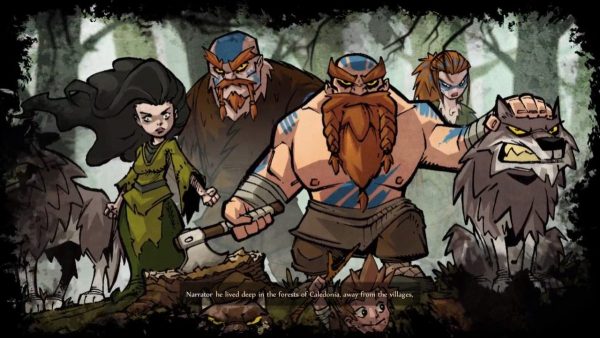 I’ve got a love-hate relationship with beat-em-up games. It’s not as though I dislike them, per say. I’m just not very good at them. I like to blame it on my aging brain, which as well all know gives disadvantages to our dex roles the older we get. The reality though is that I’ve never been good at them, even though I’ve always liked the concept. Sadly, my skills haven’t shown much improvement as I dove into Wulverblade last week. I persevered, however, because if I’m going to succeed at anything it’s going to be kicking Roman invaders out of my ancestral homeland!

Wulverblade takes place some time after the death of Boadicea. (And if you don’t know who that is you seriously need to brush up on your “badass ladies of history”.) With the Romans now returned and having amassed most of the land in the south, it is up to the Northmen (and women) of Caledonia (modern Scotland) to take up arms and repel the encroaching invading forces. We all know how this goes down in history of course, but that doesn’t make the gameplay any less satisfying as you tear through hordes of Roman allied tribes of Britannia and their armies in the name of freedom.

Players will battle the 9th legion as members of the Wulver family. Choose between Caradoc, Brennus and Guinevere, each of whom has their own unique fighting style and personalities that you will experience as you viciously tear through Roman hordes. I picked Guinevere for my duration of the game because seriously, how could I not?

Grab your kilt, paint yourself blue, and strap in lads and lasses as I tell you just exactly why you should buy Wulverblade. 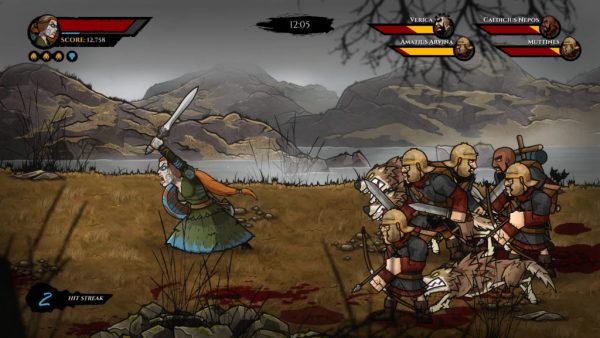 The wolf attacks seemed out of place at first until you realize that “Wulver” is actually a Scottish werewolf.

It’s hard to know where to begin when talking about Wulverblade. Artistically the game is something to behold. With it’s cell shaded art and visceral animations it’s easy to be thrown off by what’s going on on the screen. The game is unapologetic in its violence, yet the brutality is part of what makes it so charming. The simplest hacking and slashing – your core moveset for a majority of this game – sends limbs and heads literally flying across the screen, many of which you can then pick up and throw at the next contender in your ballroom of death.

This will be the majority of your activity as the Wulver clan works its way south down the island. In total there are eight levels that stand apart from each other. No two levels feel or look the same; a refreshing feat for a game like this. Each will also increase in its complexity as new enemy types are introduced. Every level has a single checkpoint halfway through and a boss that you must defeat in order to progress the story.

It’s the bosses of Wulverblade that will pose the biggest challenge to players, and it’s clear that this is exactly what the game intended. But because this is a beat-em up, you won’t ever be facing off with just the boss. Stragglers will leech into the arena as you hack down a total of three life bars on each level boss, adding to the complexity as you dodge blows from all angles. If you’re not too careful, certain types of attacks can render you temporarily immobile or knock you down. After so many layers of your health bar are pulled away you are killed and must either start the level over or restart from your last checkpoint. 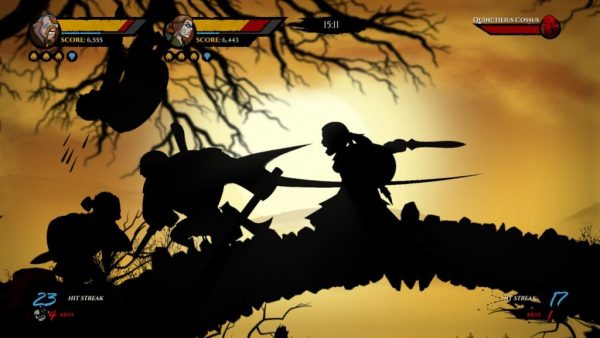 This can get taxing, but if you’re careful and use all of the tools available to you (such as the Rage mechanic and the wolf pack you can call in once per level) you might be able to get through this game with only one or two broken controllers. I say that because for as fun, beautiful, and stylized as Wulverblade is, it’s also really hard. I know earlier I stated that I’m kind of bad at beat-em ups, but I’m pretty sure I’m not this bad. Furthermore, I’ve talked to a few other people who have played the game and they confirmed my suspicions. The game is complicated in how overwhelming fights can get, and certain bosses will have to be approached with supreme caution and even several tries.

Between each level you’ll get short cutscenes that illustrate your progress and hint at what is to come. I genuinely wish that these had been longer as I wanted the game to provide me with more story. It also seemed like such a waste given that the art and music are so lovingly crafted to create the atmosphere of Wulverblade. What we end up getting instead, in the form of hidden drops across the levels, are historical papers depicting the life of the ancient cultures of the region. These are interesting, don’t get me wrong, and it showcases the effort that was put into Wulverblade to ensure that there’s some historical accuracy and context to the game.

These drops are easy enough to find, but stopping to read them bares the risk of taking players out of the game long enough to lose your groove. It’s not the end of the world, just something that irked me as I played. The same issues were shared for the tutorial of the game. Instead of displaying onscreen how to do all of my abilities, the game asks you to pause it and go in to the menu to read what you just unlocked. This bothered me far more than the historical tidbits because, unlike those, this information was necessary. I didn’t want to pause my killing to read about how to do more killing. Just show me how to do the killing already!

Cut And Slice, Chop And Dice. 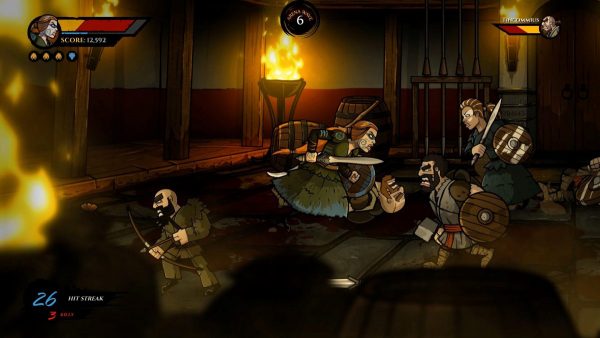 I must confess: due to Wulverblade’s difficulty and repetitive nature it’s not a game that I could sit and play for hours at a time. It is a game that I could play one or two levels of just to enjoy something unnecessarily violent and then move on to something with a little bit more depth. This isn’t me knocking the game at all, mind you. I truly feel that Wulverblade was a labor of love from the developers. It’s something you can feel in the fine tuning. The game has mistakes to be sure, and perhaps they could have made some better choices about a few things here or there. But ultimately, the game is very good. If I was a better judge of the beat-em up genre I might even go so far as to say it’s a masterpiece.

Still, I’m all for more games that showcase pre-Roman history of the British Isles. Even if that representation is a little tongue and cheek. It’s somehow not a setting we see in a lot of games these days.

The animation and art remind me of Samurai Jack while I’m quite certain the music had more than a little flair of Loreena McKennitt. The voice acting, the cutscenes, everything was very much on point. If you’re up for a challenge or just want something a little different to break up the monotony of your current gaming library, Wulverblade might be for you.

The only way this game could have been better is if it came with a lifetime supply of haggis.

This review is based on a PlayStation 4 review copy of Wulverblade given to HeyPoorPlayer by the publisher. 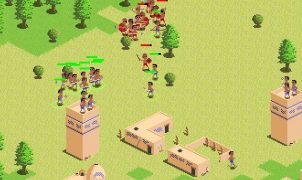 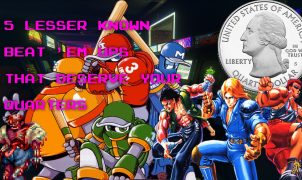