Under Night In Birth Exe:Late[st] Reveals The Crimson Knight, Wagner

Under Night In-Birth’s 2D fighting game comes out tomorrow, but not without revealing The Crimson Knight! 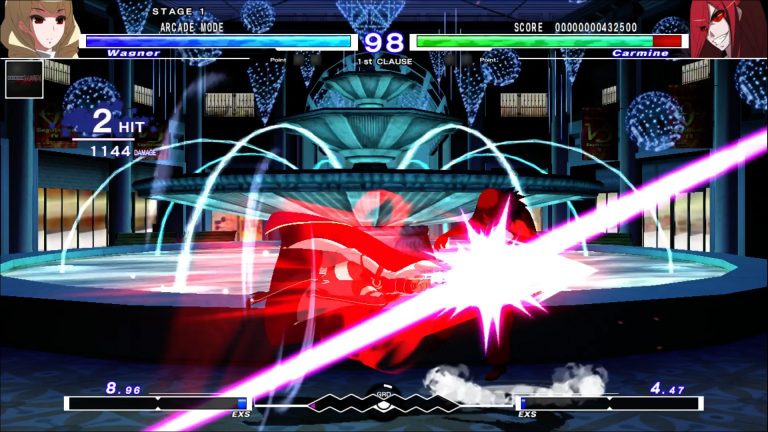 And boy, she is NOT messing around!

Fans of the 2D slash visual novel game, Under Night In Birth Exe:Late[st] are more than likely already clutching their controllers in joy at knowing that there’s just one more sleep before they can play it on their trusty PlayStation consoles.

But as of today, as announced by French-Bread, there will also be some new characters added to the mix! Particularly Wagner, the Crimson Knight who is a big fan of swords, and from the looks of things, she’s not afraid to use them either!

And it looks like she’ll fit right in too! As described by French-Bread, Wagner is “a high-ranking member of the Licht Kreis, an organization dedicated to protecting people from the terrors of the Hollow Night and controlling the manifestations of the dangerous monsters known as Voids.” She’s also described as cold and relentless, willing to exterminate anything and everything that dares to get in her way. Insert shudder here.

French-Bread includes more information about Wagner, which I’ll quote below.

Her powers as an In-Birth is that of the ‘Flame Tyrant’, the EXS of Scorching Heat, that allows her to control flames. Wagner uses this ability to envelop her weapons with fire and enhance the damage of her attacks.

Wagner is a fierce close-range combatant that pressures her opponents with relentless pressure and quick attacks. She’s able to cancel her special moves into each other, making long attacking sequences and extended combos on the fly. She’s also able to power up her sword and her shield with her flame powers to change and improve the properties of her special moves. 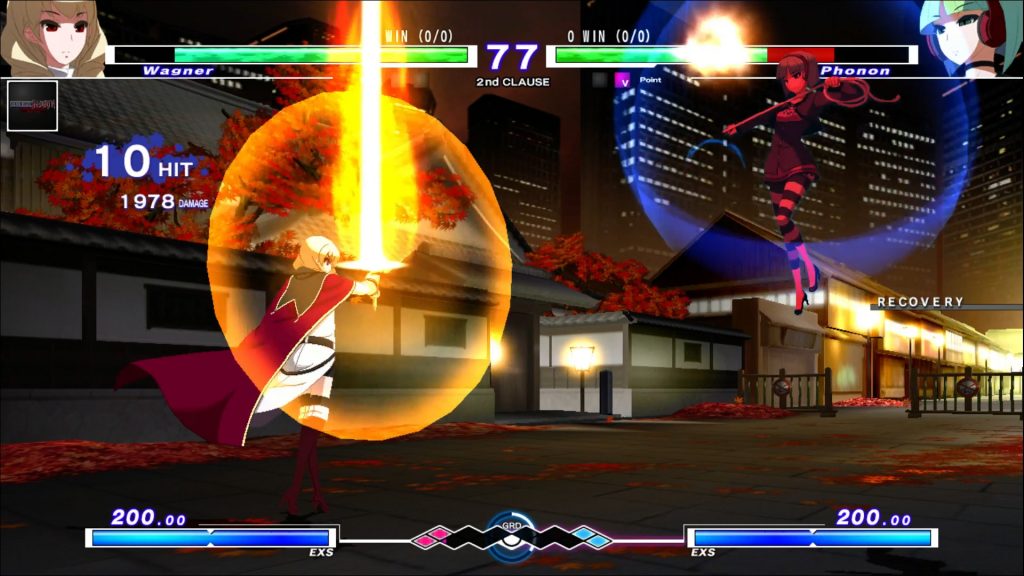 For more information about her move set, continue reading!

The ‘Kugel Blitz’ is a charging sword attack where Wagner spins forward like a drill. The A version goes horizontally across the screen, while the B version goes diagonally up. Kugel Blitz passes through the opponent on hit and can be followed-up with ‘Zerlegen’ by just pressing the arrack button again, which adds another hit that pops the opponent up into the air and leaves them open for extended combos.
The EX version of Kugel Blitz is very fast diagonally up drill attack that ends with a kick that sends the opponent behind Wagner – an excellent choice when you have your back to the corner of the screen. It also opens the opponent up for a combo afterwards. 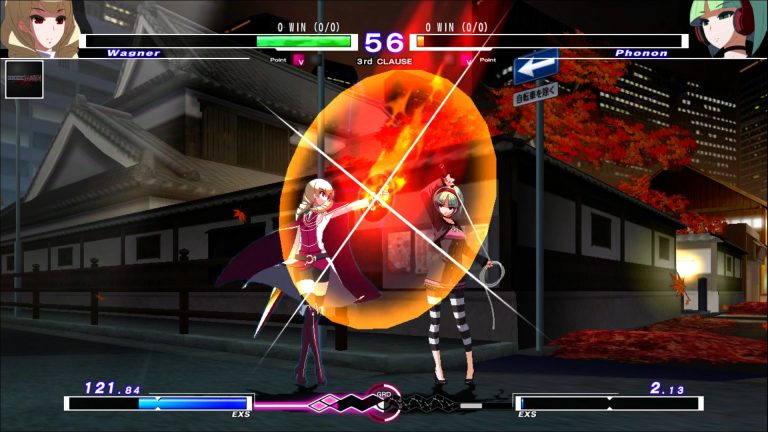 ‘Sturm Brecher’ is a big shield charge where Wagner rushes across the screen and slams into her opponent with her shield. The A version is quick and short, while the B version is a bit slower but moves about half a screen length. It can also be cancelled into the Kugel Blitz sword drill both on hit and on block, which allows for extended combos.
The EX version is very fast and has some invincibility during the start-up of the attack, it moves about 90% of the screen in a flash, and will cause a wall-bounce that allows for combo opportunities.
‘Lohen Schneide’ powers up Wagner’s sword by covering it in flames. It makes the Zerlegen follow-up attack to the Kugel Blitz much better, in that you no longer have to spend EX meter to follow up afterwards and it’s much easier to combo off of. 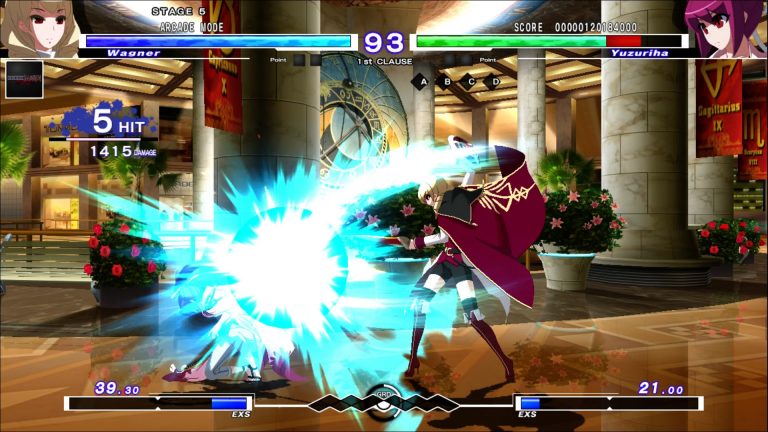 ‘Schild’ is Wagner’s Force Function (A+B): a big shield bash that can be charged up by holding A+B rather than tapping it. When charged, it becomes an overhead and has to be blocked standing. When hit by this, the opponent will be temporarily stunned and unable to defend themselves. It can be cancelled into special moves and even worked into combos for added damage.
‘Lohe Garde’ powers up Wagners shield and can be used to cancel her shield special moves for tricky feints. Once powered up, her Sturm Brecher shield charge will have better attack properties and be safer on block.The EX version powers up both her shield and her sword at the same time. 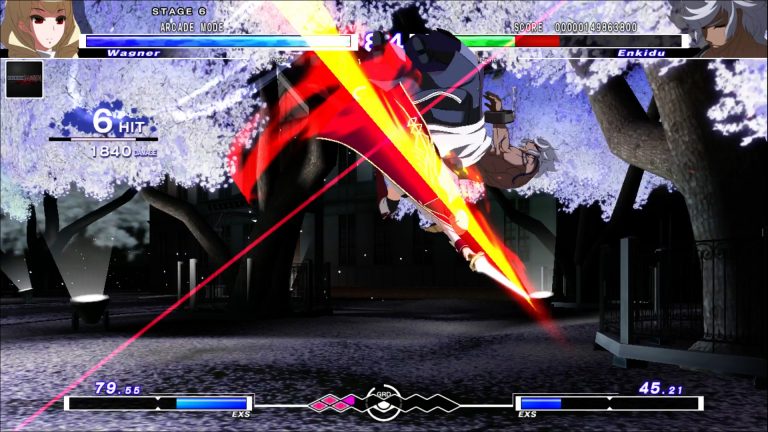 ‘Sturm Schlag’ is a diving sword drill that can be comboed into from air attacks. It has the same Zerlegen follow-up with the touch of a button that Kugel Blitz has, and it sets up for extended combos quite neatly. The A and B versions travel at slightly different angles.
The EX version is faster, very safe if blocked and sets up for big extended combos. 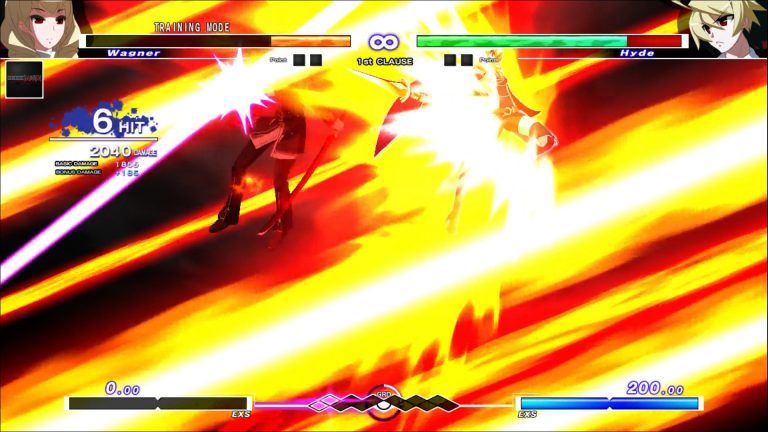 ‘Hitze Falke’ is Wagner’s Infinite Worth super attach that required full meter to perform. Wagner jumps into the air surrounded by flames and launches pillars of fire into the skies at a diagonal angle. 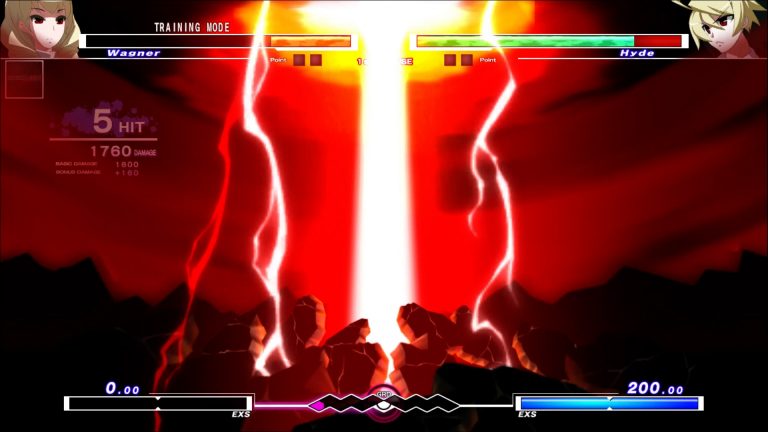 Wagner’s Infinite Worth EXS is called ‘Megiddo Ausserst Groesse’, an ultimate attack that will instantly end the round if it lands. It requires a full bar of meter and for Wagner to have 30% life or less left, and can be performed by pressing all four attack buttons (A+B+C+D). Wagner transforms into a fiery Phoenix and launches a massive pillar of flame from the skies that incinerates her foes.

Wagner is a very fast and mobile close combat fighter who has a variety of ways to move around the screen and apply pressure to her opponents with extended sequences of relentless attacks. Her speed and many possible angles of attack make for a very challenging situation for her opponents and if she’s cornered, she has many invincible attacks that can turn the tables on any over-eager foe. Wagner is a great pick for aggressive players who like to get in there and mix it up.

So, what do you guys think? Going to give Wagner a try? If so, let us know in the comments below!
Under Night In-Birth Exe:Late[st] is releasing 9th February on PlayStation 4.
Tagged French BreadPlaystation 4PS VitaUnder Night In Birth Exe:Late[st]
Share it! Twitter Facebook Google + Pinterest Linkedin 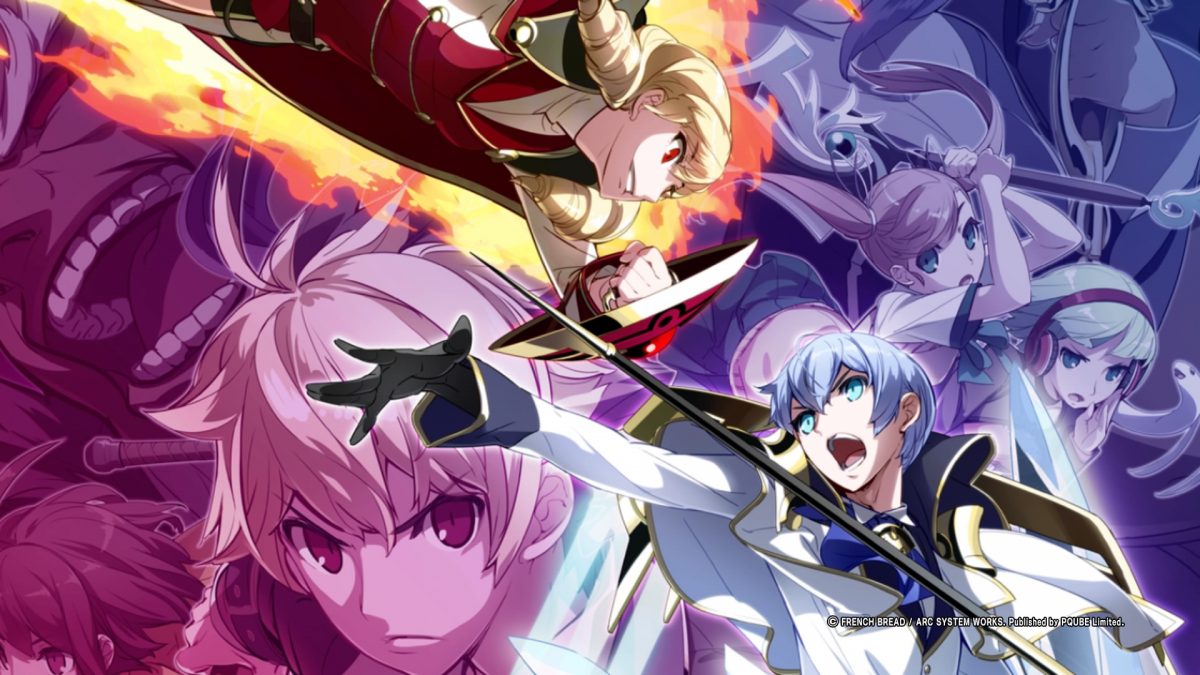