Why EA Shouldn’t Make The Sims 5 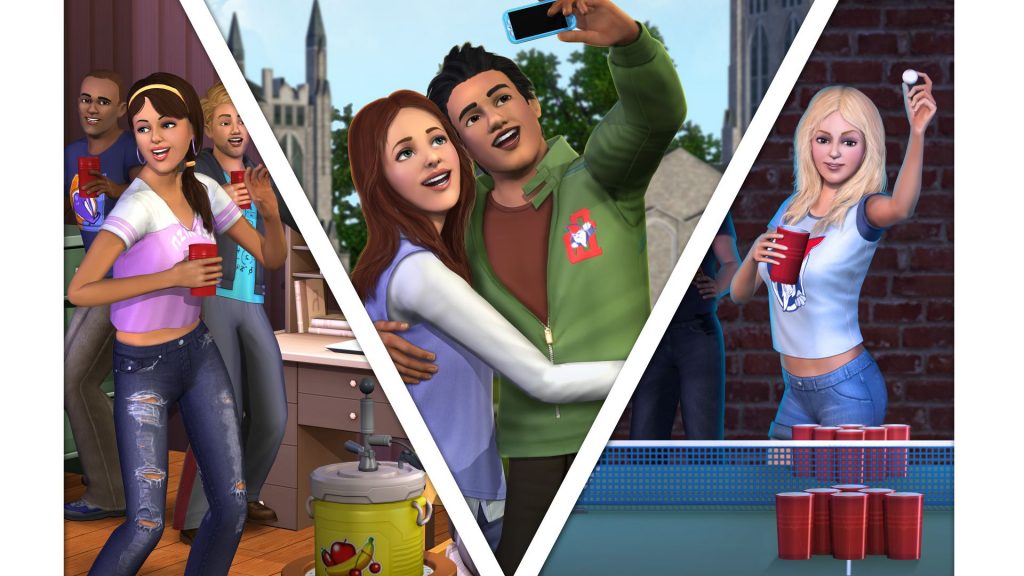 EA have yet to tell us very much about The Sims 5, only that they initially intended it to be released around 2019, but now we should expect it around 2020. On release of The Sims 4, a fifth installment of the game looked like an inevitability. However, according to rumours the sequel may be axed due to the failure of the fourth iteration. Sims fans have been, generally, underwhelmed by Sims 4, as the game felt like a step backwards. As a result, sales of expansion packs are dwindling, with many of the patches just putting in the features we already had in previous games.

Perhaps EA have finally learnt that even Sims fans expect something a little more every now and again, and frankly I don’t see what a fifth installment could possibly offer us. In fact, the more I read about Sims 5 rumours, the less impressed I become. Rumours include the promise of pets being included in the base game and a return to the Sims 3 open man format. The trouble is that if you own The Sims then odds are you own at least one of the pet’s expansion packs and if you have Sims 3 then you already have the open map format! 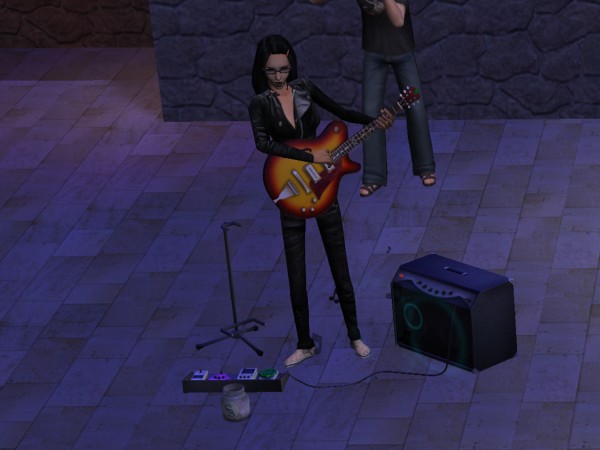 I’ll be honest: I still play Sims 2. I have all four games, but stopped buying expansion packs for Sims 4 after Off to Work, what with the idea that you can follow your sims to work being the only original concept for the game to have. A concept that wore thin after about the third work day. While I was impressed at first, I realised why this concept hasn’t been included before: it’s really boring! Following my Sim around, making them complete menial tasks and impress their co-workers, felt like the dreary every day work routine I’d tried so hard to avoid in my life! Besides, if you desperately want to work with your Sim, then buy Sims 2 and play open to business, which was much more interesting and offered more motivation to do well.

Sims 2 was the biggest leap between games. After the blurry pixel people of the first game, came 3D, well animated Sims, with more detailed movements and personal appearances. You could edit your Sims’ faces in a way that you never could in the first game. Honestly, when I first installed it, it was thrilling! Later came the edition of University Life that allowed your Sims to go off to college to party and get a kick start to their career. At this stage EA still had something new to offer us; even the expansion packs that were a follow up of the last game contained original features. The Pets expansion pack for example, came with more than just cats and dogs for your sims. Your pets aged just as your sims did, going from kittens/puppies, to adults and then elders. Plus, the game gave us werewolves! Feakin’ werewolves! 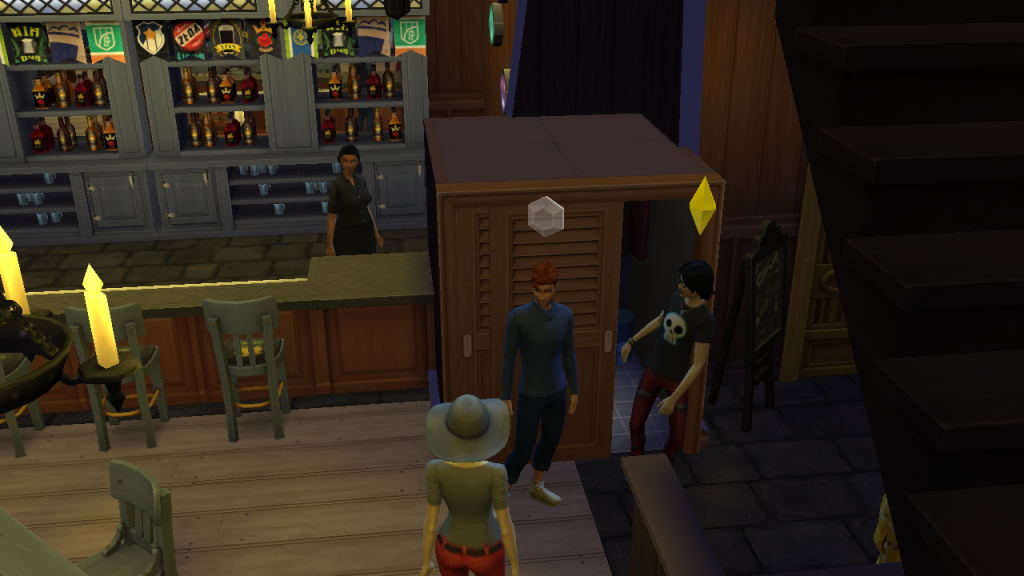 After Sims 2, the third game had to bring us something new; something that would continue to impress us. Sims needed a new, new concept. That came with the open world.

Rather than in Sims 2 when a family only progressed when you played them, the world around your family now progressed and aged, meaning you only had to focus on your family. You no longer had to sit through loading transitions when you wished to go from one place to another; the whole world had already loaded! You just put your sim in their car or on their bike, before sending them off to wherever you wanted them to go. While I never got into the game personally, I know other Sims fans who enjoyed the experience and decided to expand their world, buying the expansion packs and completing the series.

Even with the new game format, many of the expansion packs were similar to ones in previous games, such as Pets and University Life. But the game did come with plenty of new concepts and things for your Sim to take part in, particularly with the expansions World Ambitions and Into the Future. Skills became a little more niche, with instruments now having to be studied separately, such as violin or piano skills.

We Sims 4 was announced, fans took to the forums to discuss what new features it could bring that could make it better than the previous games! The true answers however, were very disappointing. When Sims 4 came out, I initially decided not to play it as I was still happy with Sims 2. But people kept telling me to give it a chance, telling me “if you like Sims 2 then you’ll like Sims 4.” Implying that 4 would focus on the aspects of 2 that I liked and improve on them.

The result was ridiculously underwhelming.

Not only are there no key differences between 2 and 4 (with the exception of Off to Work), to give me motivation to buy it when I already have 2, but the game took out several features that players had grown to love! What happened to the toddlers? I liked toddlers – they were cute and it was nice to give them those memories of early child development and see how they affected the outcome of the sim’s life! I’m aware that a toddler “stuff pack” was eventually added to the game, but considering that I already had sufficient toddlers in 2, why would I pay an extra ten euros for it? 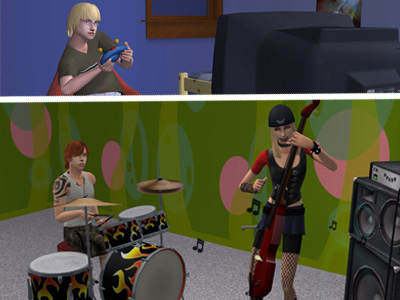 I learnt at some point that The Sims is one of the most pirated games in history, something which I’m sure surprised no-one. I imagine this is because when you normally buy a game, install it, play it and hopefully enjoy it. But when you buy The Sims, you’re making a commitment to give more money to EA. Although you can carry on with the base game, new expansion packs are brought out following the games that you’re expected to buy as well. Sims 3 alone released a total of eleven expansion packs, costing an average of $40 each. With the base game costing around $40, that’s an additional $440 to get all the new features, not including the stuff packs! So, when you’ve spent that much money on your game, the sequel has to bring something amazing to the table to take you away from this.

Sims 4 however proved that EA are no longer up to the task.

What Happened to SimCity? 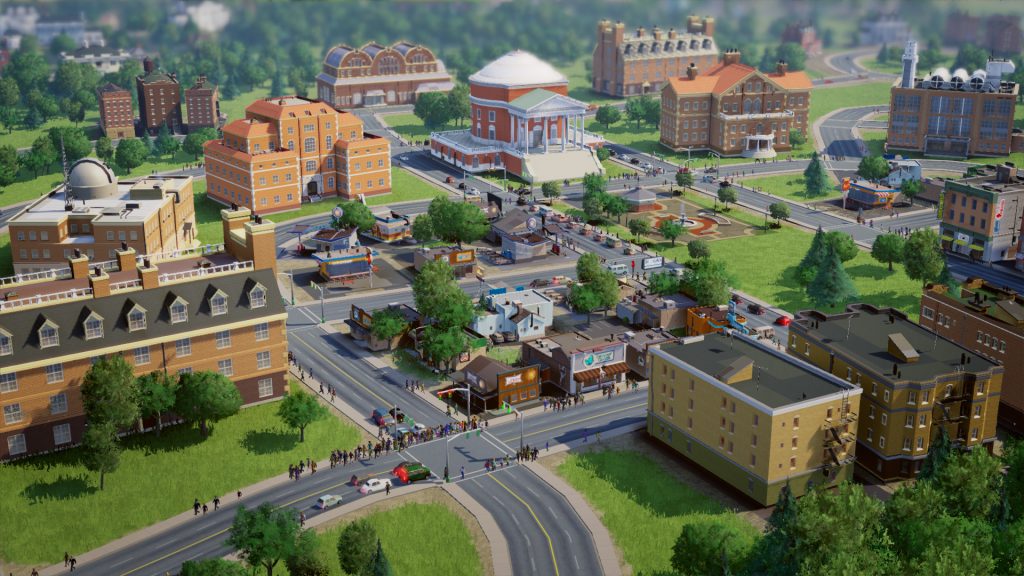 Aside from the lack of need for the game, there is another reason why it should be axed. Let’s look at the conclusion of Will Wright’s other popular creation: SimCity. SimCity came before The Sims, and acted as its inspiration. It was a very popular franchise and as a result several sequels to the game were produced as soon as EA could make them, including SimCity 2000, SimCity 3000 and SimCity Societies. While the extra features added into sequels, went up and down a little, the final title in the series, released in 2013, simply called SimCity, didn’t have much to offer players. As well as removing several favoured features from previous games, the new SimCity could only be played online. Players often had to wait large amounts of time to log in and were unable to play the game without a stable internet connection.

What did EA learn from this experience? Well, if Sims 4 is anything to go by, very little.

Rumours the Sims 5 will be an online game might just come from EA’s handling of SimCity, but I certainly wouldn’t put it past them. While aspects of this could admittedly be interesting, I think at this point players are done paying through the nose for content and features that were included for free in previous games”. There is no recovering from the disappointment from Sims 4, and above all else, I think fans have had enough.  There is also the thought that EA might put Sims 5 online for their own benefit. EA might try and convince us that Sims 5 is online because it’ll be fun for the players. I’m sure motivation for them building it this way would come from the aforementioned piracy aspect. If it becomes an online game then players won’t be able to steal it, meaning that all expansion packs will have to be paid for with real money.

The Sims was a great franchise that has brought decades of fun to many and introduced millions to gaming. I would say that it is time to retire the franchise with dignity, but the time to do that would have been after Sims 3. Even so, it’s certainly time to put the franchise to bed.

Unless EA have a completely new concept for Sims 5, which includes all aspects from previous games and plenty of new features, they should axe the project now. Even if they do, they should axe it anyway as Sims will never again be EA’s cash cow, as they expect it to be.