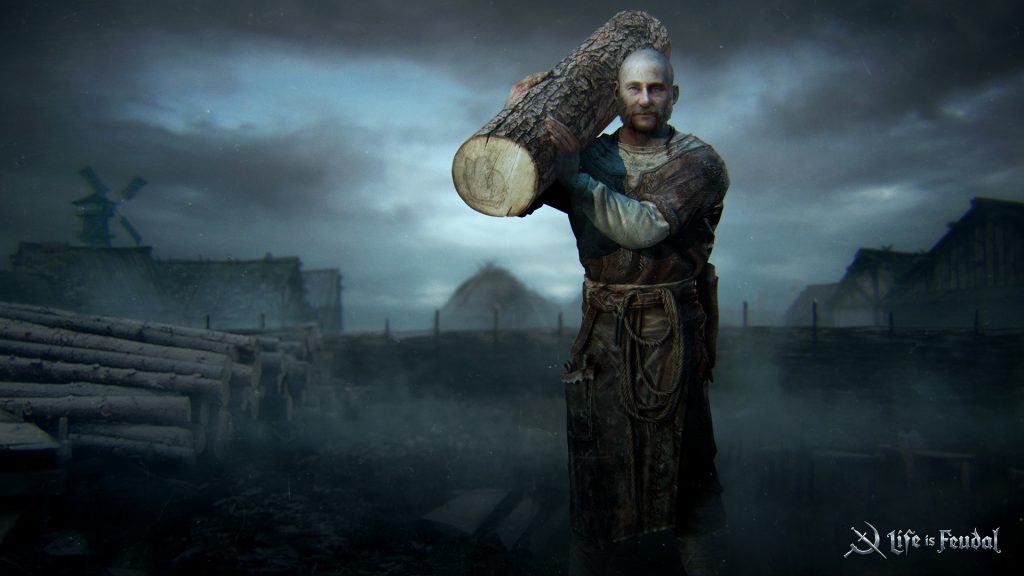 Video games, in my opinion, are one of the best mediums to really put yourself in another’s shoes. Whether it be to role-play, fulfill a power fantasy or simply as a use of escapism, some of the best games ever made provide that in some capacity. Life is Feudal: MMO is the perfect game for anyone who has ever wanted to live the virtual life of a mud-farming peasant – and not in a good way. The game presents itself as a challenging and more open-world affair than those presented in other MMORPGs – which to be fair is a nice idea. However, the game may have gone too far with the pacing and learning curve presented in its various systems, making for a game that leaves a very bad first impression. Now with that out of the way, let’s talk about my journey through the rather dull world of Life is Feudal: MMO. 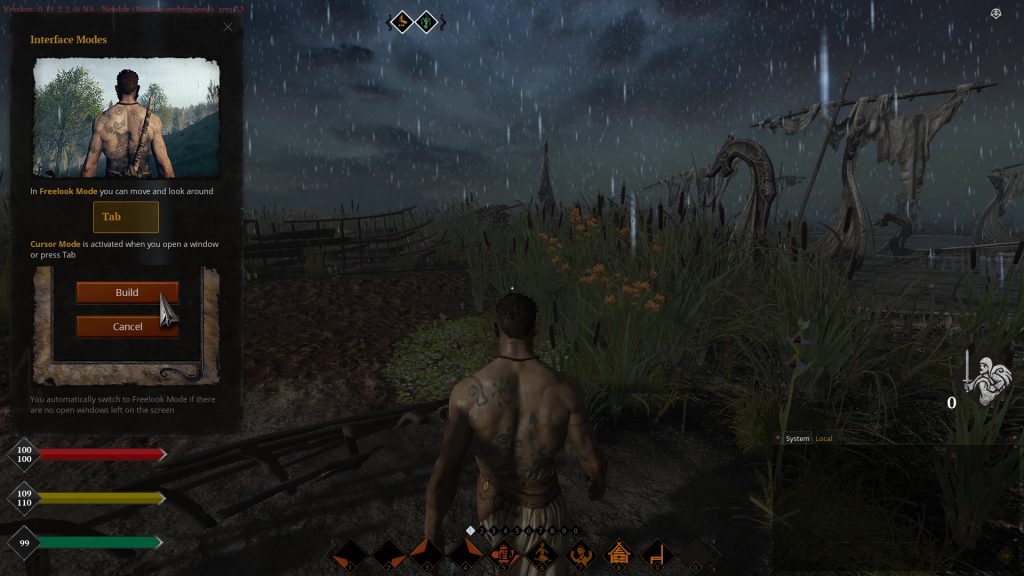 When beginning the game after creating your character, you have the option of going to a tutorial space for new players called Newbie Island. Here, you are spawned into the middle of a field to get a good look at the world you will be exploring. And boy, everything sure is dark. Okay, to be fair I spawned during nighttime, but that doesn’t change the fact that the game’s color palette leaves a bit to be desired. The overall world is severely lacking charm or personality, whether it be in the environment itself or the player created structures. Life is Feudal: MMO is set against the backdrop of a generic European setting, with little to distinguish it from other games from even a decade ago. This also extends to the world outside of the tutorial area. While this game is supposed to be a dark and realistic medieval world, that doesn’t mean the world has to be lifeless and colorless. Dark and mature does not equate to lack of a color palette or charm.

While adventuring on newbie island you are given a set of tutorials, and given the game’s lengthy list of mechanics and systems, this was quite a relief. It’s too bad that this is one of the worst tutorials in any game I’ve ever played. The whole thing is taught through prompts that appear after you complete the one preceding them. The tutorial prompts barely flow into each other. Often with just teaching you a mechanic without any context on when or how it could be useful. It is good that the game sort of teaches me how to craft, but not really showing after the fact its practical uses in-game cause problems when thrust out of the tutorial. To be honest, I had much more help watching guide videos on Youtube more than the actual game’s tutorial prompts. This might be because of the game’s intended “hardcore” nature, but I would like to at least know what I’m doing on a basic level and it doesn’t excuse the piss poor tutorial.

I think this is also a good time to talk about the glitches and poor optimization of the game within the tutorial area and the rest of the game. Life is Feudal: MMO is in an early state, so it is understandable that there will be some problems. However, even with my fairly good PC setup, I had very weird graphical hiccups such as dropped frames and poor rendering times on textures. Even lowering the graphical settings on my PC only seemed to barely help my overall game experience. These graphical errors are also accompanied by random glitches such as my character getting stuck or being unable to move after doing a certain action. There are more of these I encountered with some of them being solved by logging out and logging back in with my character. What was already a hard tutorial and first couple hours of gameplay was made much more unbearable with each dropped frame and gameplay glitch.

After what seems likes a very bare minimum of a tutorial, you can follow a light on the horizon which will take you to the actual world where the core game takes place. Personally, by this point, I wish the light killed my character and forced me to stop, but I digress.

Crafting to The Top 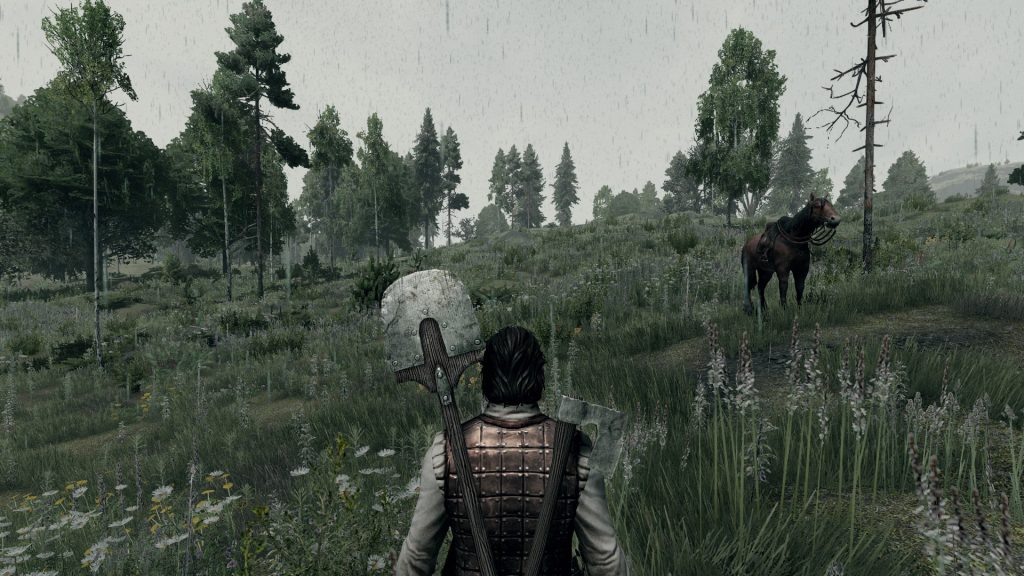 With my journey on newbie island coming to a close, I wandered the world to use what I learned (which wasn’t a lot) and claim my own land. This, however, was more difficult than anticipated. For one when you first arrive on the continent, you are spawned in a random location on the map which will is good or terrible depending on how many resources are available to you. In my unfortunate case, I was near the shoreline with no clear materials available to me. This is terrible since the first couple of hours will be spent gathering and collecting materials and crafting in order to get some type of foothold in the world. So I was forced to walk in a direction till I could collect materials – and I walked for a very long time.

Once I finished my very long journey, I found a forest where I can finally interact with some of the environment. Crafting in a lot of ways is at the forefront of Life is Feudal: MMO’s early hours and an important aspect of making your mark in this world. There are a plethora of things to create from structures, gathering tools, and weapons. In a lot of ways the game really caters to the way you want to play, and the type of character or job you want to role-play. I won’t lie, there is a really nice sense of accomplishment when you finally are able to craft what is a somewhat livable structure and other objects after having nothing for so long. After struggling with the UI and crafting menus, I did eventually get the hang of it and found crafting to be one of the more enjoyable elements during my playtime – when the glitches mentioned earlier didn’t happen.

The very big negative I have with resource gathering and crafting as the entire process of getting anything worthwhile takes a very long time. Seriously, it is a slog. I understand that MMOs are slow and grindy most of the time, but the game is objectively slow in leveling progression and just actions in general. Skills are leveled when you do actions relating to that particular skill, and the action of gathering resources and crafting is slow already, so combined with slow level progression it will be a while before you see any type of improvement in your character. This is a game where you will have to put in a lot of time to get to any kind of notable goal, which isn’t a problem if all aforementioned bugs, slow pace, and bad tutorial weren’t present, to begin with. Even getting to a point where you can perform combat in a semi-decent matter will take a lot of hours.

Speaking of combat, that’s a whole other can of worms. To make it as simple as possible, battles unfold through real-time melee combat, where you can do specific swings, thrusts, and other actions to combat your opponents. Knowing the animations of swings along with what counters other actions is key to survival. There are also bows and arrows if you are more into ranged warfare. This is cool in concept, but with the poor optimization – yeah you see where this is going. This is a real shame, too when you consider the fact that after all your hard work of crafting and getting decent gear, you are rewarded with such a clunky and unintuitive combat system. 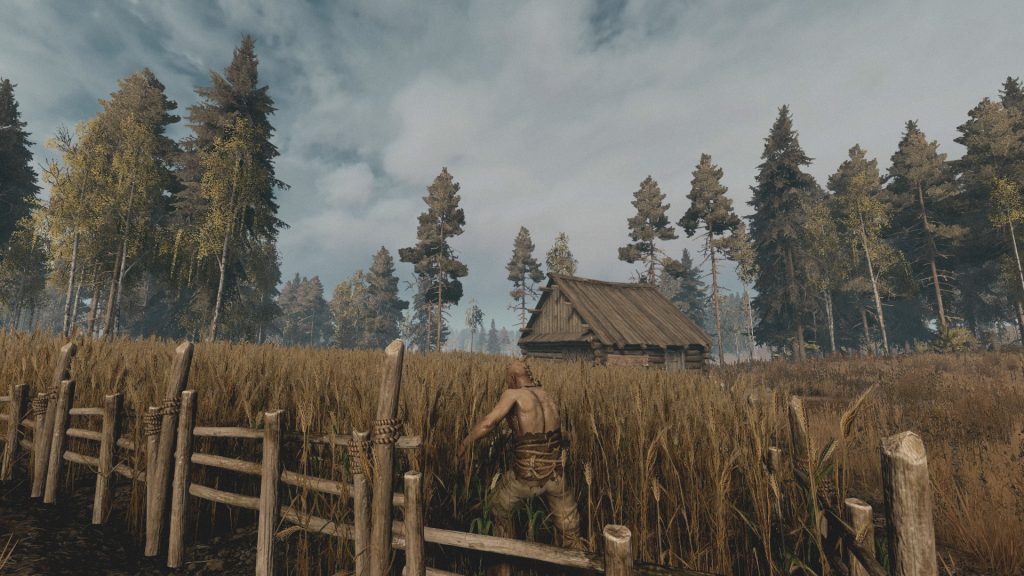 Life is Feudal: MMO is a game where it hard to accomplish anything without playing with a group of people. To be fair, it is an MMO, so that in itself is not a problem. In order to really to get the most of the title, it is in imperative to make friends with others and work together to makes communities where you can farm, craft, and defend the land. That by far is the most interesting aspect of Life is Feudal: MMO, the player interaction, and role-playing that can take place in a big sandbox world. That is where the game is at its strongest when seeing the result of many people’s hard work. I stumbled on to a settlement once, and it was amazing to see what can be accomplished once players become more invested.

Getting to that point, however, is a long and tedious task. And Life is Feudal: MMO’s unpolished systems make it hard for new players to get into. The game’s rough technical performance will also stop others from having a good time, and the overall slow pace is another hurdle. Given all that, is it really worth the trouble of going through the many hours of growing pains to get to that point? Maybe in other MMOs, but not this one.

Life is Feudal: MMO made a very bad first impression with its bad tutorial zone. And while I found occasional flashes of promise as I explored deeper into the game’s dark and dirty vision of feudal Europe, it’s clear developer Bitbox Ltd still has some work to do to reach its full potential. As much as I appreciate the good crafting system and player freedom, the game shouldn’t be played in this state. Even if one can deal with and somehow enjoy the very slow grind, piss-poor UI and the clunky combat, the poor optimization should keep you away.

Make no mistake, there is potential in this title, and the hardcore nature may appeal to a niche group of people. But even those who like the less linear experience of MMOs will more than likely be turned off by the aforementioned problems. Mud-Farming Peasant Simulator: 900 A.D. is an affair I’d avoid, at the very least until they optimize the game more.