A Candle In The Darkness

Video games have made me cry about things over which I thought I would never shed a tear. Despite that fact, however, I still never thought that tonight, as I finish Candleman: The Complete Journey, I would be crying about a candle. What appeared to me as a simple, cute 3D platformer slowly blossomed into something much more sincere. Candleman: The Complete Journey is a parable about a candle that embarks on a journey to bring its small, flickering light to the world. Seeing the brilliant rays of the lighthouse, he wishes to cut through the darkness with a similar grandeur. Thus, he steps out of the darkness of his home and ventures into the unknown with only his light to guide the way.

Journey Into The Unknown 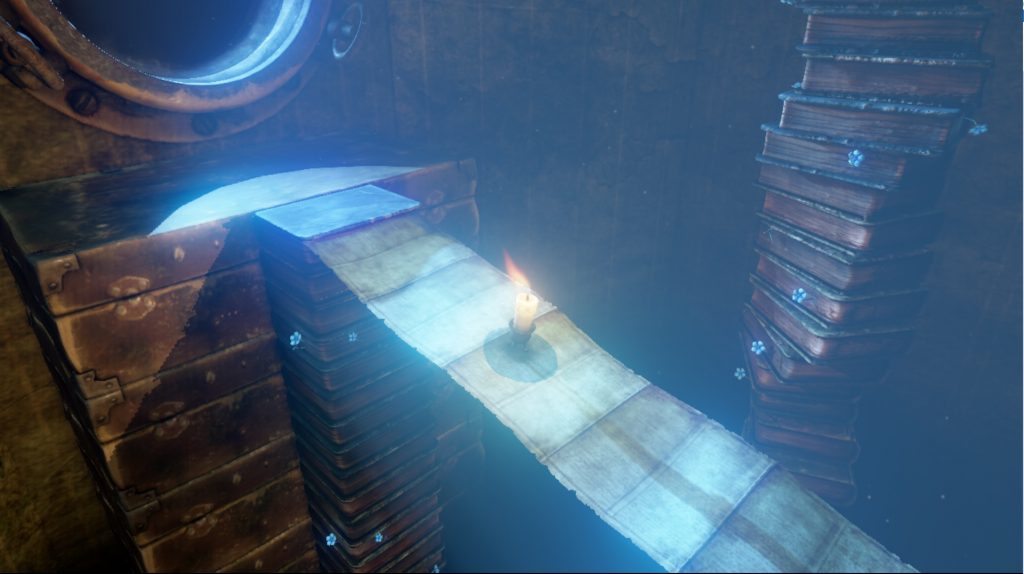 Candleman travels through the ship’s library

Each Candleman chapter follows the little candle’s adventure through dark and unknown environments. Levels consist of obstacles, puzzles, and platforming obscured by shadow and darkness. The little candle has the ability to burn to produce faint light around him in order to see the environment. However, the candle has a finite amount of wax he can burn before he runs out, resulting in a game over. Players must exercise discretion when using the candle’s light (a total of 10 seconds of burn time) to observe the environment and successfully navigate dangerous environments obscured in shadow.

In addition to navigating through the puzzles of each level, players can also take the time to locate other candles hidden throughout the environment. Some candles are placed in the player’s direct path, while others are tucked away in corners or placed at the end of a platforming puzzle. For completing this optional task, players are rewarded with the second verse of the couplet that forms the title of each level. To me, lighting these candles did not seem like a chore, in fact, I felt that it was a natural part of the gameplay. I would go so far as to say that taking the time to light all of the candles is a must for a completely satisfying playthrough of Candleman. 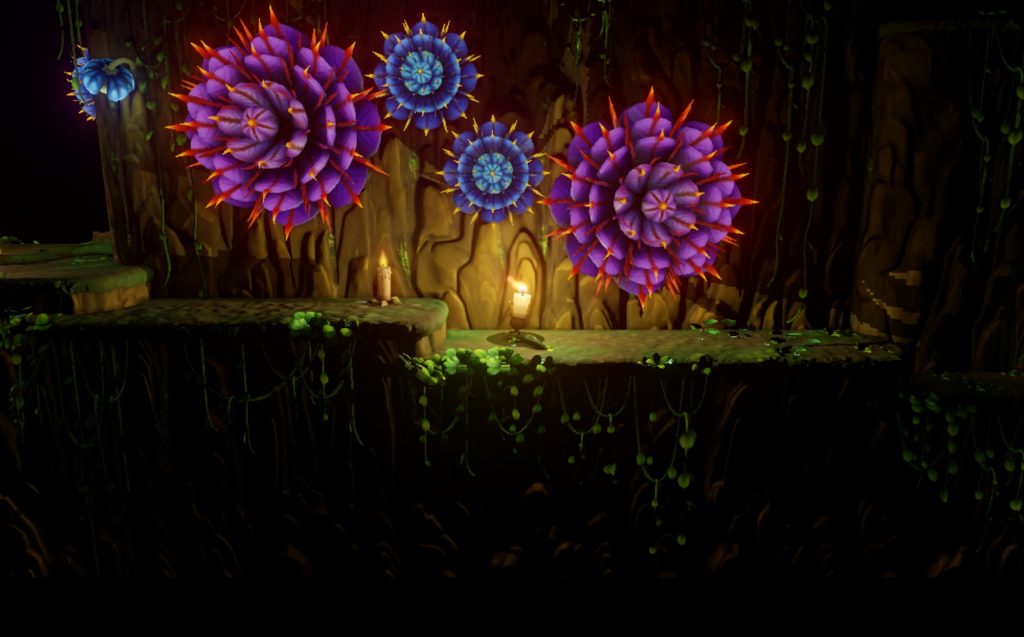 Each chapter consists of three to five different levels that take place in that chapter’s environment. What really endeared me to Candleman was the thoughtfulness put into each level of the game. Not only are the environments beautiful, but the puzzles throughout are challenging and unique. The first level will usually introduce a new platforming mechanic specific to that environment and the following levels will expand upon that idea in increasingly complex puzzles that challenge your wax consumption. For example, in the forest level, the candle can use its flame to make a spiky fruit expand and fall off its vine. These spiky fruits will roll and clear the path of any obstructions, however, burning these fruits takes a significant amount of wax. Players must decide how best to move forward at the cost of a good amount of their resources while keeping in mind that their wax will be needed to light other candles and continue to see the way forward.

Each new level will challenge a player’s allocation of their wax. In later levels, players can only afford brief glimpses of their environment because a good portion of the way forward will require your light for platforming or puzzle solving.

The Sound of Silence 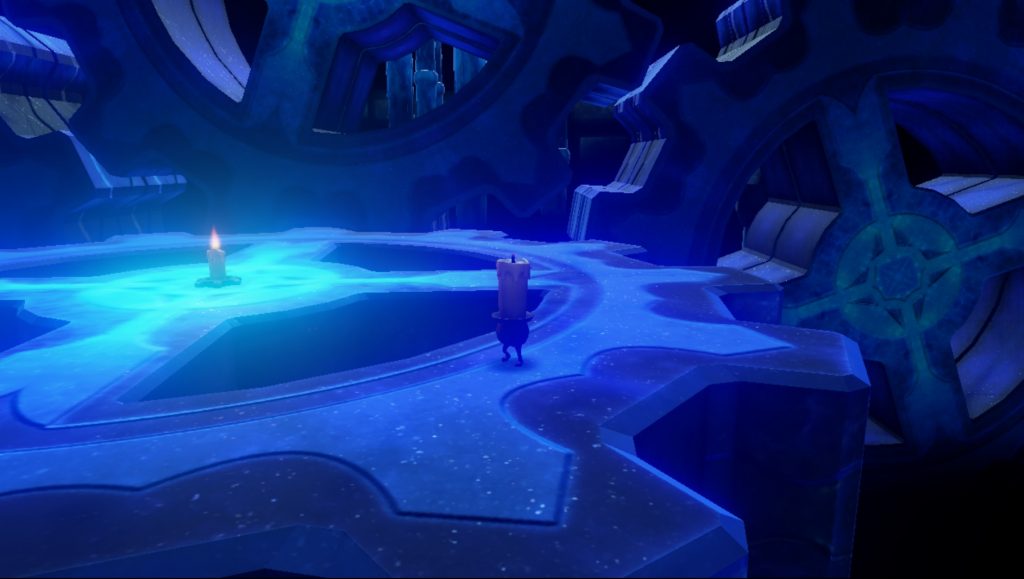 Candleman does an excellent job of crafting an environment. What this game did was something I haven’t experienced in a lot of games recently. The game’s sound design was quite minimal. Each new area doesn’t have a driving soundtrack that goes with it. All that can be heard is perhaps the faint running of water or the steady hum of gears, as well as the patter of the candle’s feet on different surfaces. This sound design reinforces the sense of exploration of the unknown, as well as the scale of the environments.

Much of the music is a gentle drone of a note or soft piano. As a whole, the game is quiet and contemplative. This lack of music is quite apparent when an actual soundtrack does kick in at key moments in the game (most notably, the ending, which was the part that made me cry, by the way). The sounds of this game are delicate and crisp, but they are often your only companion in the darkness.

Candleman: The Complete Journey plays out like a story from your childhood. A narrator bridges the narrative between chapters, explaining the emotional turmoil of the protagonist as he faces trial after trial. The chapters levels are named in rhyming couplets. Most importantly, however, the story cultivates a sense of hardship. You are a small candle entering a large, foreboding and dark world. As this candle, you overcome many obstacles and travel a long distance. What I absolutely love about this game is that, at the end of it all, you feel a sense of accomplishment. I was endeared to the candle and his hardships; I was with him every step of the way and I felt relief, as he did when his journey finally came to a close.

This game is a complete package – an extremely gratifying experience. It was absolutely one of my favorite games to play. The entire experience was fun to play throughout and I was completely invested in the journey of a faceless, voiceless candle. Candleman: The Complete Journey is, to me, a new kind of bedtime story- one that shows, in beautiful detail, a journey of bravery, courage, and selflessness.

Full disclosure: This review is based on a PC Review Copy of Candleman: The Complete Journey given to HeyPoorPlayer by the publisher.