The party game genre has some stiff competition. 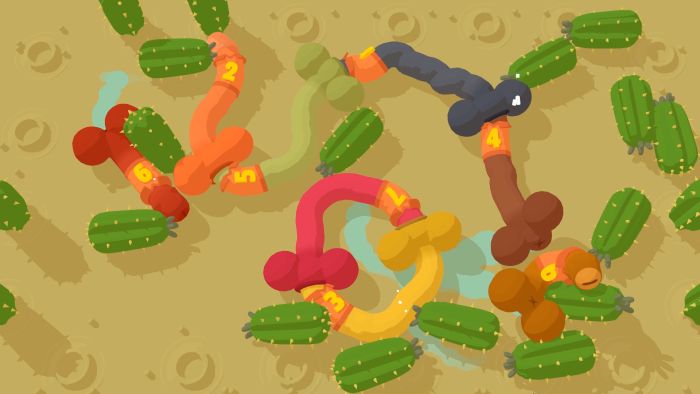 I can’t believe I’m in my 30’s and laughing at penis jokes. But what do you expect from a game named Genital Jousting? It’s the sort of thing most guys would have made in primary school if they had the time, money, and resources. Something like this was bound to be made eventually, and… well… I’m kinda glad I saw it in my lifetime.

Right. So the game has players controlling a disembodied, autonomous, brightly-colored penis. Not just any disembodied, autonomous, brightly-colored penis, mind you, but one with tight testicles and a small little anus at its base. The object is for two or more players (or up to eight) to attempt to penetrate the other’s anus, with various conditions and caveats attached. This isn’t as simple as it may seem, as the penises have a somewhat unwieldy control scheme. Contrary to instinct, you’ll control the base of your penis, not the head (I really never envisioned myself typing a sentence like that). These psychedelic members slither and slip with reckless abandon, and it’s made all the more amusing with the gross sound effects and bright, happy color scheme. It’s all in order to score elusive points, and whoever scores the most will be a most upstanding player indeed.

Peeling back the layers 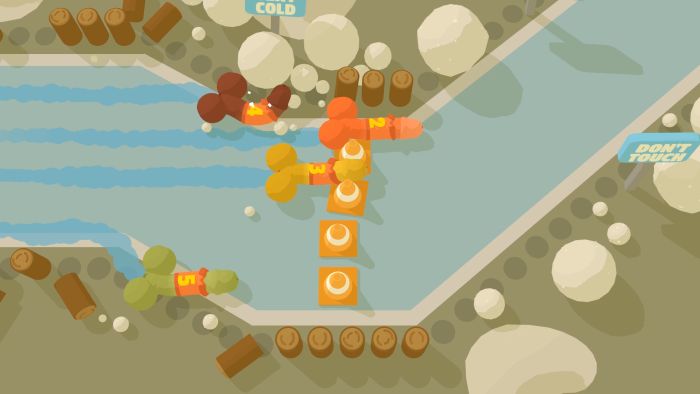 It’s way too funny to watch sentient genitals wrestle one another, but even the funniest penis jokes get old after a while. Fortunately, Genital Jousting has all manner of mini games to keep things somewhat fresh. The game includes an obligatory “party mode”, where players are placed into a selection of random scenarios. These range from floating on top of a raft, to racing, to an all-out wrestling match inside a miniature boxing ring. Want something more meaningful? Try your hand at “Date Night”, where two players indulge in even more minigames as a couple, but with events like dog-walking and rose-picking added to the mix. Variations on hockey appear, as well as a game where players have to “eat” long, brown objects, the nature of which I’d rather not speculate about.

On the more technical side of things, it seems that right now the best way to enjoy Genital Jousting is with a friends on a local PC. The so-called offline is not only the most fun as you and your friends ridicule each other to their faces, but it’s more stable than attempting to find an online game. Most curiously, the developers have promised a story-driven single player mode, which is almost too bizarre to contemplate. Nonetheless, I remain intrigued.

Getting a small rise out of humiliating your friends 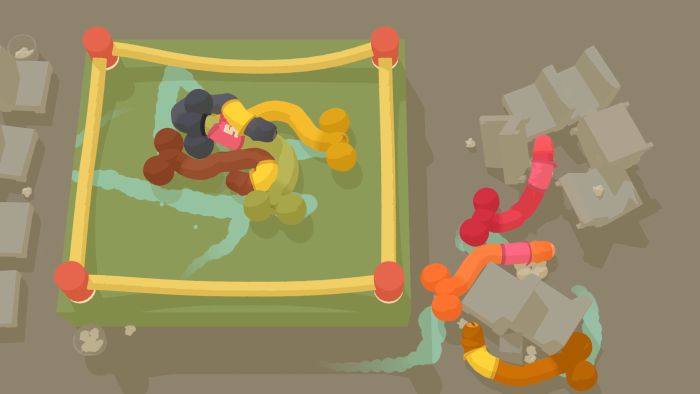 I’ll admit, I laughed pretty hard not only at the absurdity, but for all the subtler jokes, too. For example, a garden with a phallus-shaped worm popping out of a hole. Dogs appear and are authentic, but naturally they’re dachshunds who are appropriately phallic-shaped. The penises themselves also leave a trail of, er, fluid as they move about, akin to a snail. And the way they pump out liquid when penetrated is a sight that just doesn’t get old. They also have a disturbing habit of getting prickly objects stuck to them, such as rose stems and cactuses. It’s the sort of stuff that’ll make male player squirm and a little and cross their legs.

Anyone can draw a penis, but thankfully, Genital Jousting has more than enough artistic flair to make it stick out from your run-of-the-mill dick joke. Solid colors and simplistic shading create an almost cartoon-y effect, which is hilariously juxtaposed against the quasi-realistic physics. The game world is attractive and harbors a certain charm, mainly due to the fact that it emulates real-world objects and locations with surprising authenticity. As far as sound is concerned, the music is more cue-based than immersive, but that only ads to its silly style. And the sound effects… oy. It’s pretty gross. Squishes and squirts bring the ordeal alive with way more detail than you’d ever want. But it’s totally lovable.

Genital Jousting is the sort of game that’ll have you repulsed, amused, baffled, and curious. All at the same time. It isn’t the most in-depth example of multiplayer shenanigans, but it’s not trying to be. The game doesn’t demand anything from players other that they don’t take things too seriously. It’s the type of title that goes best with a few friends on a couch with some beers. Play it in small doses and have yourself a good laugh. Snag a copy of this penile player piece here, and be sure that you have at least other friend to play it with.

Full disclosure: This review is based on a Steam key of Genital Jousting given to HeyPoorPlayer by the publisher. 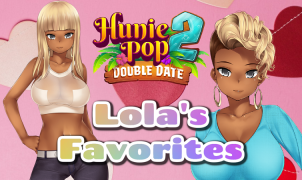 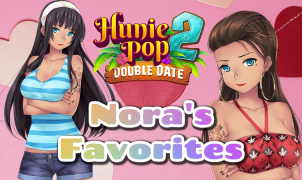 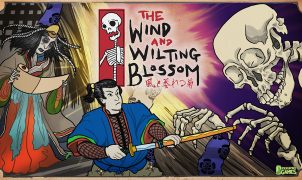