The 3dRudder is full of potential, but not quite ready for prime time 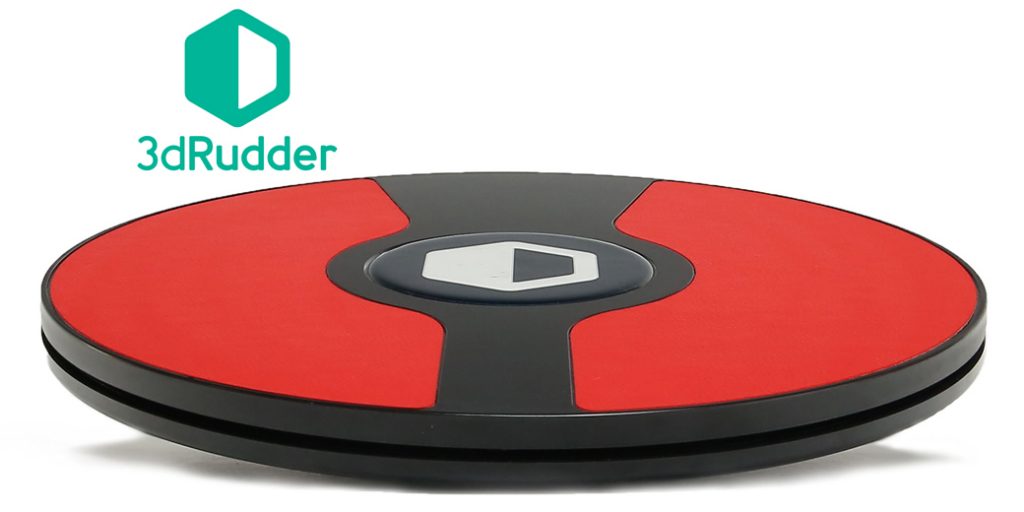 Without a doubt, virtual reality is one of the most exciting things to happen to video games in recent years, but the medium is still in its formative stage. Developers are still trying to find more immersive and intuitive ways to master VR locomotion while alleviating such issues as player fatigue and motion sickness. And, unsurprisingly, these efforts have been met with mixed results.

The 3dRudder is the latest peripheral to attempt to tackle the issue of locomotion by allowing players to traverse virtual worlds by actually using their feet with the help of a funky little platform loaded with an array of accelerometers and gyroscopes. It’s a novel idea that makes perfect sense – after all, we humans don’t walk with our thumbs. So when it came time to sit down with the 3dRudder and take it for a spin, I was more than a little excited to see what this unique peripheral could do to enhance my VR experience. 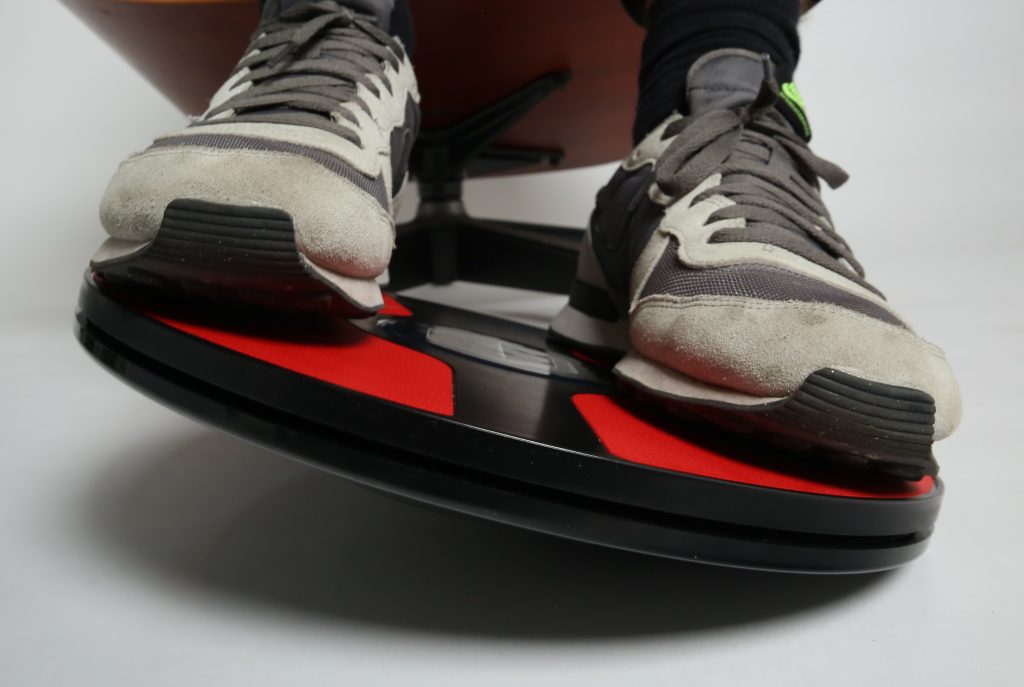 Upon taking the unit out of the box, it’s hard not to be impressed with its design. The 3dRudder feels surprisingly weighty and solid. The top portion of the device features a sturdy red footboard to rest your feet, while the underside of the device is a semisphere with a grippy plastic base to help keep it in place while in use. That’s all there is to it, apart from the USB 2.0 cable hard-wired to the 3dRudder itself. All in all, there’s no superfluous buttons to step on or obstructions to get tripped up on. It’s one surprisingly clean and utilitarian piece of hardware.

Getting set up is simple. After downloading the 135mb dashboard installation file from the manufacturer’s site, you’ll be asked to calibrate the unit. From there you’re ready to go. The dashboard itself is surprisingly robust, allowing you to map inputs on the 3dRudder to perform joystick, keyboard, and mouse functions in addition functioning as a tool for VR locomotion. Honestly, it’s a little hard to imagine many circumstances where a desktop application is better navigated with one’s feet. Still, it’s pretty impressive just how versatile a tool the 3dRudder has the potential to be, and I’m sure crafty developers will find unique and exciting ways to implement the hardware down the road.

Another thing that’s interesting about the 3dRudder dashboard is that the initial installation only offers support for the HTC Vive. To get the software to recognize the Oculus Rift, I had to install a small update. However, once that hurdle was overcome I was good to go. 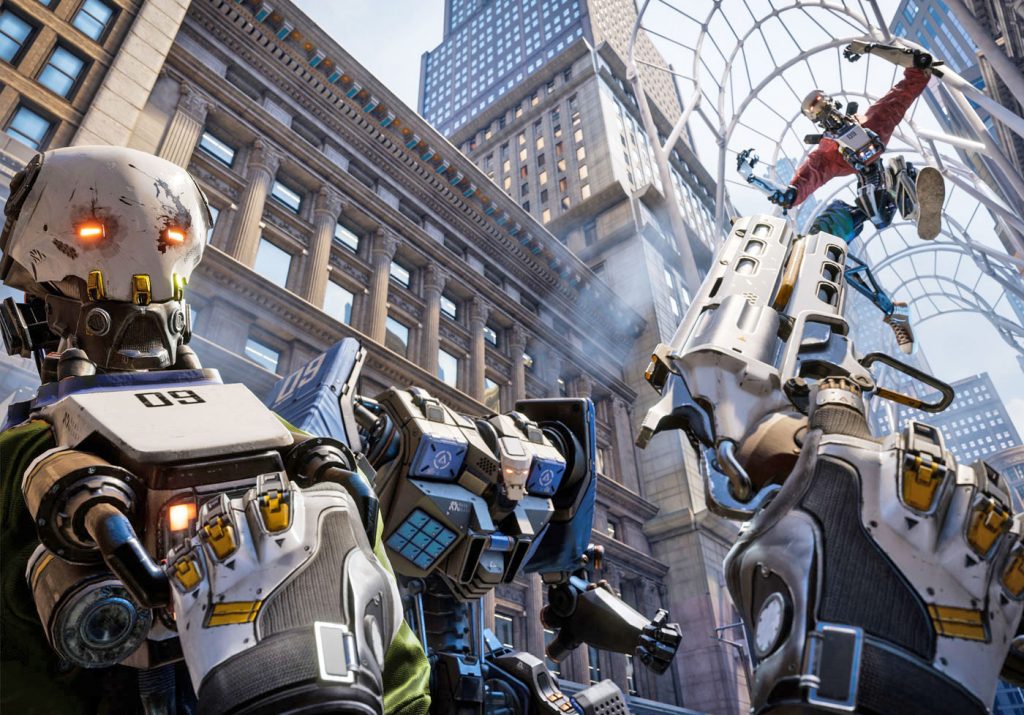 So, the 3dRudder is a sturdy little device with a lot of potential baked into its software, but how does it fare when playing games? Well, at least at the time of this writing, that depends largely on the game you’re playing.

The first game I fired up was Epic’s gloriously nostalgic arcade shooter, Robo Recall. The device isn’t natively supported, so I had to download a mod file from GitHub to enable free locomotion with the 3dRudder. Once I was dropped into the game world, I was able to walk forward by tilting my feet forward while pushing back with my heels allowed me to walk backward and strafing left to right is as simple as swiveling the unit side to side.

At least, that’s how it’s supposed to work in theory. But once the action picked up things quickly became a mess. When battling hordes of robots I frequently found myself gliding off of buildings as I tried — and constantly failed — to get the controller to recognize even the most simple commands. This left me feeling much more like a drunken Segway pilot than a robot-killing badass.

Honestly, things got so unwieldy that I was sure there had to be something wrong with my unit. I tried to recalibrate it multiple times, adjusting the dead zones, sensitivity, etc, but none of this made much of a difference. Now, I’ve never been one to suffer from VR sickness, but I have to admit that wrestling with Robo Recall’s controls using the 3dRudder actually made me feel ill. This is pretty problematic when you consider the fact that one of the peripherals major selling points is its ability to curb that issue. Long story short, Robo Recall felt borderline unplayable with the 3dRudder. You win this time, Odin.

Arizona Sunshine fared much better than Robo Recall during my testing period. This is no surprise given the more methodical pace of the game and the fact that you can often stand still while dispatching hordes of the undead. It still wasn’t a flawless experience, but it felt far more intuitive than my previous experience, and I was able to navigate the game world without too much trouble. I’m not sure I’d say playing with the 3dRudder felt any more immersive than using the thumbsticks on my Oculus Touch controllers though. Honestly, gliding around from the comfort of my office chair it was a bit hard to shake the feeling of cruising around the Arizona desert in the world’s most heavily-armed Rascal Scooter. 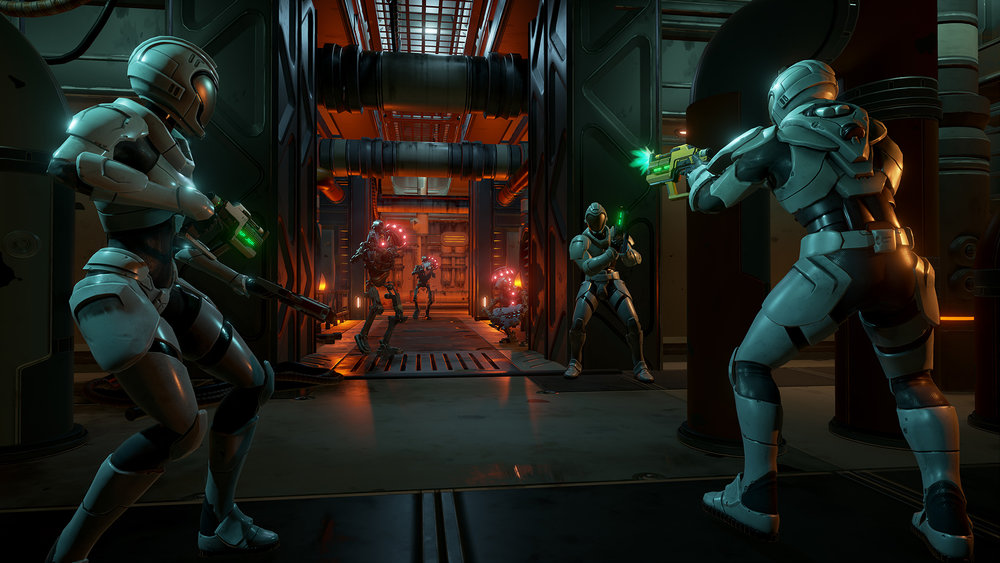 If you thought hordes of attack droids were scary, just wait until you find yourself inexplicably floating through the hull of your ship.

The last game I decided to test with the 3dRudder was Gunfire Games’ superb multiplayer space sim, From Other Suns. Moving around your ship is pretty intuitive, and the fixed movement speed of the 3dRudder made for a smooth experience. The problem is I found it too easy to become trapped in walls and other parts of the environment. Things were also made difficult due to the controller’s awkward implementation of flight commands, which allow you to float and descend on command by pressing your left toe and right heel down at once to rise, or right toe and left heel to descend. I found the effort it took to avoid inadvertently floating out of my ship and into the inky black of space (or the walls) made playing From Other Suns with the 3dRudder more trouble than it was worth.

One Small Step For VR

Make no mistake about it, in its current state the 3dRudder isn’t without its fair share of problems. It’s an often unwieldy product that takes a lot of fine-tuning and patience to fully appreciate. And even when it’s working without a hitch, it’s still not quite as comfortable or responsive as a quality pair of thumbsticks on your motion controllers. Still, I can see the 3dRudder being a great tool for those with disabilities that prevent them from using their hands or standing for prolonged periods, and the level of customization options the dashboard offers all but guarantees some inventive uses will be found for the hardware down the road. Plus, the ability to experience room-scale VR from the comfort of your office chair is a nice bonus that anyone can appreciate.

Still, these are a lot of caveats to consider, especially when noting the 3dRudder’s hefty $139 price tag. Personally, I’d suggest waiting to see how the upcoming 3dRudder Blackhawk performs first before dropping the cash, as its active dead zone and improved design (with foot straps!) could go a long way towards making the device a bit less unwieldy and better suited for more demanding games.