My Time At Portia Preview 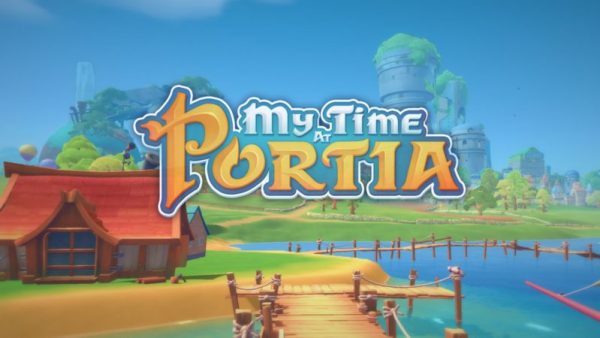 Inspired by the magic of Studio Ghibli and powered by the combined mechanics of Minecraft and Stardew Valley, My Time At Portia is destined to be a shoe in for gamers this year. With its charming characters, satisfying gameplay, and deep storytelling, the game promises so much more than what lies on the surface, which upon first impressions is  pretty spectacular even there.

I’m very happy that I had the opportunity to preview this game for Hey Poor Player. I’m already a big fan of the crafting game genre, and the fact that the game is also post-apocalyptic in its narrative (not something you’d guess by the looks of it) gives it a dark undertone that leaves you hoping to see more in the days to come.

While still in its Alpha phase, the entirety of My Time At Portia won’t be available for players right away, but that’s perfectly fine. There’s enough in terms of exploration and building to keep gamers occupied for hours already, and that’s not even including an introduction into the social systems yet. That’s right, you’ll also be getting to know your neighbors and boost your building business by helping out the townspeople of Portia with activities like holiday preparations, bridge building, or even just helping your friends replace everyday items that get lost or broken.

Join me as I take you through a tour of my first few hours in Portia, a Mayberry-esque port town filled with friendly faces, honest work, and possibly some very dark secrets.

Welcome to the Neighborhood! 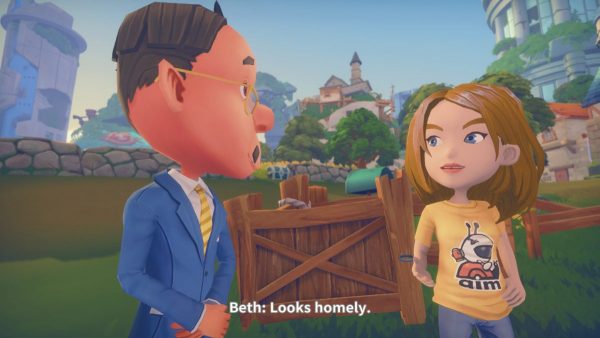 The game starts with your character arriving in the seaside town of Portia. Having just inherited your dad’s old building business, you must now set out to make a name for yourself just like your old man once did. Thankfully, Portia is welcoming enough, with colorful characters who are happy to see you get started on a successful business venture in your new home (except for Higgins, he’s a jerk). However, before you can get started you have to register with the appropriate guilds, then prove your salt by making a few of the tools you’re going to need for the rest of your projects. That’s easy enough, because items are built by gathering natural resources all around Portia.

This was easy enough because everything regenerates overnight, save for some trees that may take a day or two ingame to fully repopulate. So every stick that I picked up and stone that I broke apart was there again the next day to provide all over again in my endless assembly line of building things.

As you go about completing the tasks set about by the guild, your neighbors also drop in from time to time asking for things as well. Building isn’t the only thing you’ll be asked to do though. Fetch quests are a thing in Portia, though they don’t seem to be a major facet of the gameplay. Furthermore, almost all tasks given to you by the townsfolk are optional, though completing them does help build your relationship meter as well as improve a business ranking system that the game currently implements. 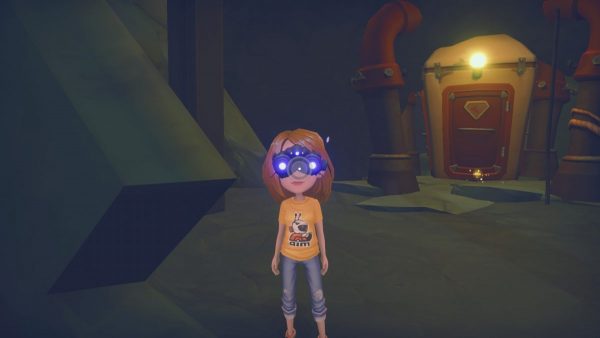 These activities alone are enough to keep players busy for hours, but things don’t get really interesting (in my opinion) until you’re finally allowed to start exploring the old ruins.

Now the ruins are important for a multitude of reasons, the foremost being that this is where you will find resources that (currently) can’t be obtained anywhere else – unless you want to buy them, but who does that? But the story element behind the ruins are almost just as important. See, the ruins are actually left over from a civilization before everything as you now know it. It turns out that the world was almost brought to the brink of total annihilation because of humanity’s dependence on technology and their desire to create weapons of mass destruction – more or less. Somehow humanity managed to survive in small pockets around the world, and as a result many of these towns – like Portia – have banned almost all forms of technology. Now that’s not completely true, but I don’t want to spoil anything for potential players, so I’ll simply say that some people in Portia are still researching tech and how it might benefit the town. You’ll find them eventually if you do your homework.

These ruins are remnants of the past, as are many of the items you find inside of them. Things like power stones, CDs, sofas (you read that right) and more can be mined from the depths of these areas, but be careful! Not all of them are friendly places, and you’ll likely find yourself fighting off the leftover machines that still wander the darkness of these ancient places. 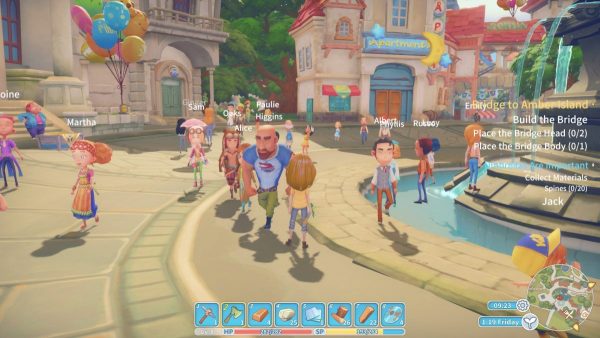 Maybe this doesn’t all sound like much right now, but remember this game is primarily a crafting game still very much in its Alpha stages. This means that there’s, even though there’s already a lot of collecting, gathering, and building – all of which will be keeping you occupied for the first ten or so hours – there’s a great deal more on the way. And once the social system of My Time At Portia is a fleshed out things are no doubt going to get even more complex. Ultimately, even being in its early stages, My Time At Portia not only looks great, but sounds great and plays like a dream.

I. Cannot. Wait for the full game to be out already, or even for the next big update. With full portions of the map still inaccessible, as well as other ruins, I’m incredibly excited for what’s coming next from the latest title by Pathea Games. I’m ready for whatever Portia wants to throw at me! My building skills are unparalleled! Bring it on! 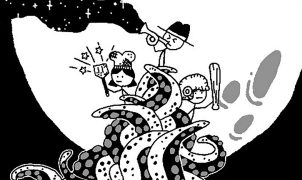