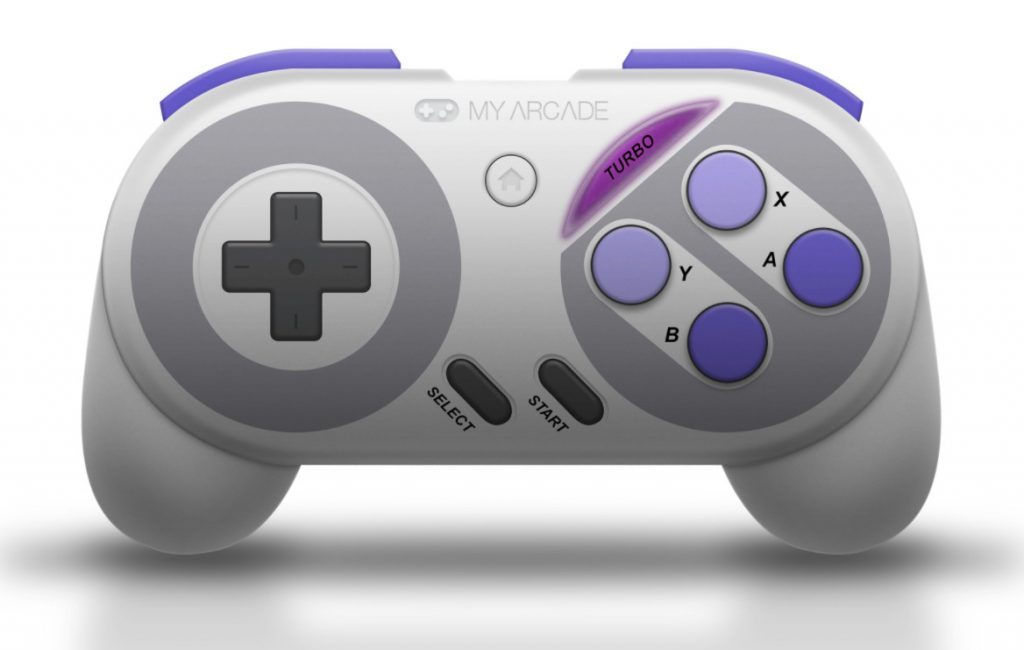 Third party accessory developer My Arcade has announced the official release of their SNES Classic Edition controller, the “Super Gamepad”.

Offering a more modern take on the re-release of a classic console, the Super Gamepad offers SNES Classic Edition owners a few tantalizing new features, including wireless functionality, and a turbo button.

“The Super Gamepad is the best of both worlds – it features the nostalgic look and feel of the classic controller retro fans love while also updating it for the modern world with wireless functionality and improved ergonomics,” said My Arcade Marketing Manager Crystal Dugan. “We’ve even added an intuitive TURBO feature that is easy to program during play, and a convenient HOME button feature that allows you to switch games and access the main menu directly from your controller.  Now you can enjoy the games you loved without the wires.”

The Super Gamepad is now available for purchase on the official My Arcade website for $24.99. My Arcade has also confirmed that they will be releasing an alternate version of the Super Gamepad, with colors matching those of the Super Famicom, in Japan and Europe in early 2018. Are you interested in picking up one of these for yourself? Let us know in the comments below!

An atmospheric dungeon-dive into the horrors of feudal Japan   Sometime during the mid-17th century, on the island nation of Japan, a man by the name of Tokugawa Ieyasu managed…