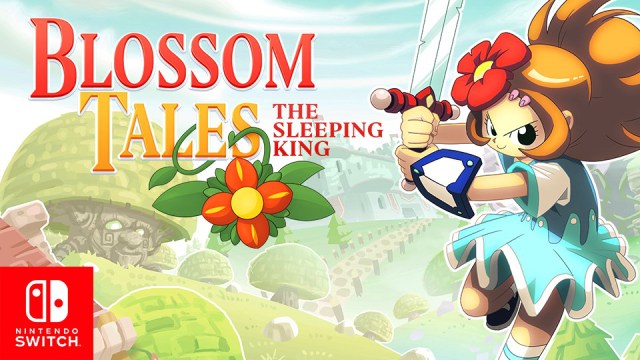 Indie games taking inspiration from beloved classics is hardly new: indeed, most everything from Metroid, Dark Souls and even Rare’s Nintendo 64 platformers have influenced many an up-and-coming game developer, and Castle Pixel’s Blossom Tales: The Sleeping King is no exception. Originally published on Steam, this indie clone of The Legend of Zelda makes no attempt to hide its influence: the top-down view, heart/magic meters and collection of swords and boomerangs owe more than a little to 1992’s The Legend of Zelda: A Link to the Past, but clone as it may be, that hardly prevents Blossom Tales from being one of the most charming, engaging tributes to the retro era. 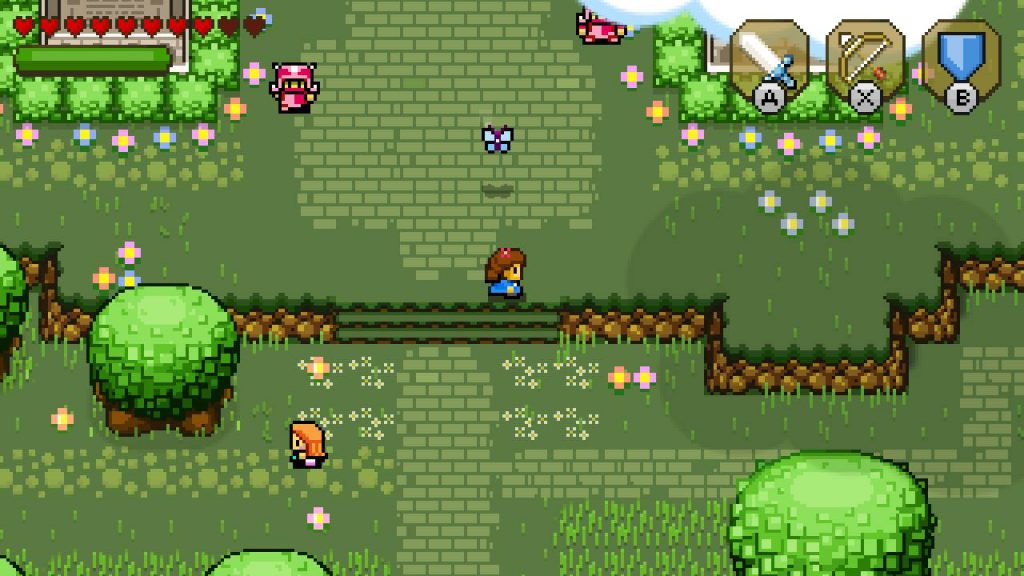 Yes, I know the overuse of “charming” has been rendered it an annoyingly vague compliment, but I can only use it in the highest regard for Blossom Tales. Not that it doesn’t stumble here and there, but from the moment the game opened as a grandfather’s bedtime story to his two grandchildren, I was already under its spell. It’s not as if a Zelda-inspired scenario will be host to the most inspired story in the world, and so it must subvert our expectations by framing Blossom Tales as what’s obviously a loving tribute to the granddaughter Lily, inserted into a quest of awakening the titular king from the spell of an evil sorcerer. Not once is this theme forgotten: both grandchildren interject with shock and awe, whereas Lily’s deaths are merely the grandfather forgetting how the story goes. Could we perhaps see him as Castle Pixel themselves, recalling the games of their youth to the new generation? (After all, he does come this close to namedropping a certain Zelda kingdom at the beginning…)

Of course, memories aren’t enough to make an actual game, so it’s a good thing the actual gameplay complements the charm. Much of what makes Blossom Tales work is borrowing not merely from A Link to the Past, but even from Zelda‘s foray into 3D: you remember in Ocarina of Time how fun it was chopping up signs? That’s in here too, and the game goes a step beyond the infamous “throwing people’s jars” trope by allowing you to cut down their chairs. (And speaking of jars, there’s a not-so-subtle wink to Zelda regarding one NPC’s, uh, “collection,” but I’ll leave that for you to discover) It’s here the game succeeds as the “miniature garden” theme Zelda achieved so long ago, as little discoveries like that urge us to keep experimenting with everything in sight. What’s up with these scrolls I keep finding, and can you reach the jailed monsters in the castle’s dungeons? Maybe there’s no point, but that doesn’t stop me from trying.

And yet despite being a retro tribute, Blossom Tales‘ difficulty was certainly unexpected. Be it the constant fire of beam-spewing mini-bosses or fending off swarms of spiders, death arrived as a perpetual obstacle for poor Lily, one only overcome by careful pattern memorization and meticulous weapon utilization. The dungeons are no slouch, either: much of the puzzles are serious brain-benders, namely the ones involving stepping on tiles in a very specific order (all the while avoiding red-hot squares that’ll zap you back to the beginning). There are other tough puzzles, too, but those’ll cause the most frustration. Sure, Blossom Tales isn’t as tough as Zelda II: Adventure of Link, but it still expects some serious standards for physical and mental endurance. 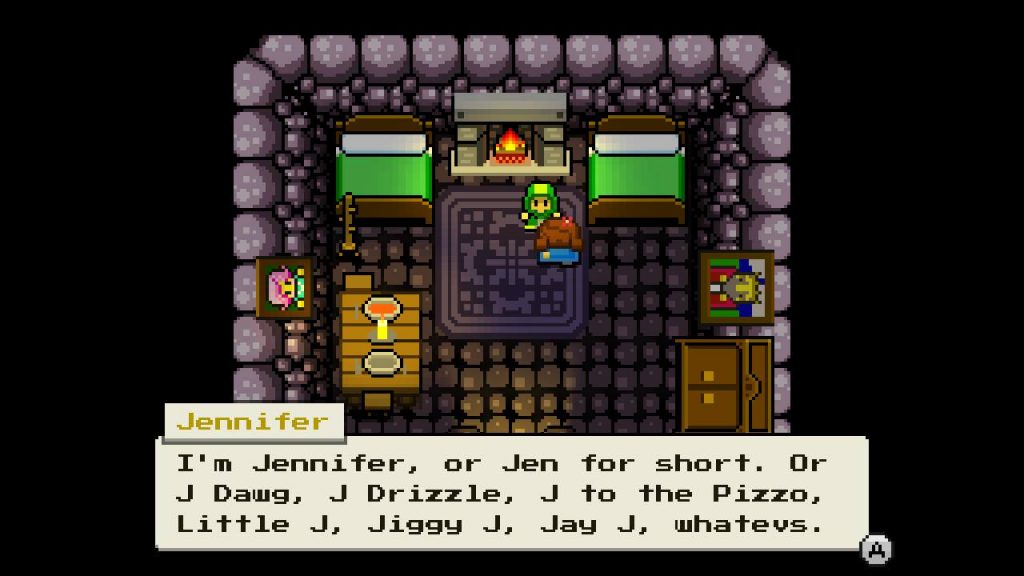 And yet, I found it impossible to take my frustration out at Blossom Tales because it’s just so dang pleasant: the pixelated graphics, reminiscent of both 16-bit SNES (right down to A Link to the Past‘s bouncing flowers and colors) and 8-bit NES (the single, fleeting pixel signalling your charged sword never ceased in captivating me); the tongue-in-cheek dialogue, be it the aformentioned grandfather/grandchildren chatter or the wonderful play on words depicted above; the chiptune music, cementing the game’s identity of an 8/16-bit fusion all the while evoking a nostalgic warmth every time the game boots up.

There are flaws to be found: I found the little intricacies within the weapon controls could be cumbersome, mainly in alternating between holding and dropping bombs (there’s a trick in holding the button I still haven’t yet discovered). Meanwhile, the game’s reset points after death were tiresome to deal with, as they’d send me waaaay back to a dungeon’s beginning after dying. Still, it’s hard not to appreciate its strides in QOL: travel points can teleport Lily to everywhere she wishes, and I do mean everywhere, right down to within the dungeons you’ve cleared. And hey, for any faults in controls, there’s no denying how fun the jump attack. Just feel that crushing thud slaying your enemies!

Could Blossom Tales stand to be a longer adventure? Perhaps — I also didn’t think the final boss fight was all that climatic, and even then, the final castle felt elongated — but I never felt it had to be too long; after all, those two kids needed their rest. Really, what matters is most everything that made Zelda so beloved is distilled into this lovingly compact tribute, and I’m all too eager to partake in Castle Pixel’s next venture. The hint at the ending means we’re getting a sequel, right? Pretty please?

Full disclosure: This review is based on a review copy of Blossom Tales: The Sleeping King.