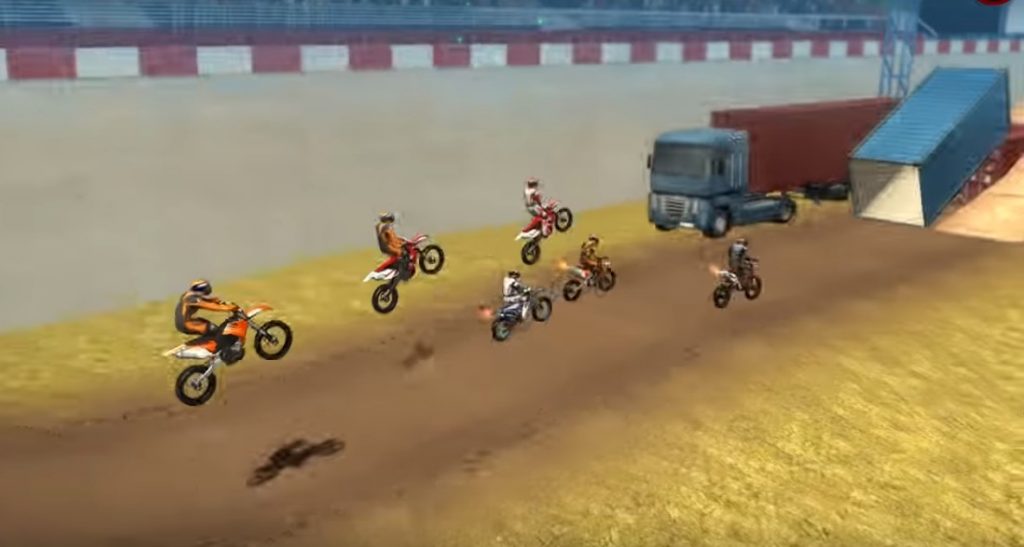 The game is suitable for all ages, with simple, adaptable controls. Players will race against five AI-controlled athletes, in two main modes, Championship and Time Trials. Dirt Bike Extreme will feature 10 different dirt bikes to unlock and 23 different runs.