Three Heads are Better Than None 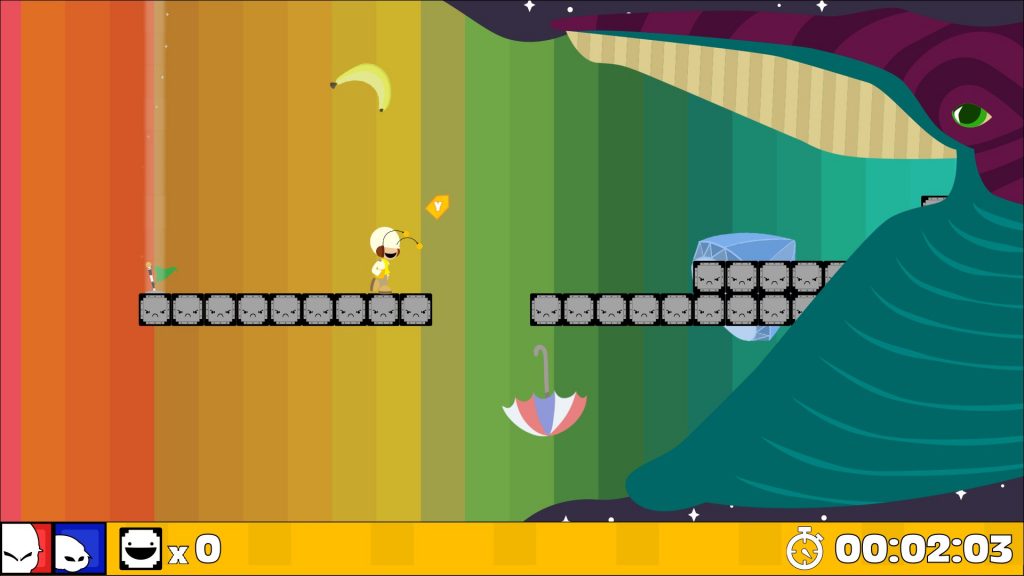 “Yep. This is definitely from Newgrounds.” That was the initial thought that ran through my mind when I started playing Yeah Jam Fury: U, Me, Everybody! for the very first time. And it wasn’t just because that I knew that fact to be true beforehand, either. As someone who visited Newgrounds pretty frequently during the early 2000s, I still remember what games from that site look and play like. It’s kind of hard to explain to people who never went there, but I’m sure that many of you did. For those of you who did, you know what I’m talking about, right? Games from Newgrounds — games like Castle Crashers and Toss the Turtle — have a very distinct Newgrounds-y feel oozing from them. And, boy, does Yeah Jam Fury ever ooze.

That’s not a bad thing, though. Yeah Jam Fury may have been a small-time Flash game during the beginning but, at some point, it managed to take control of one of the Tankmen’s tanks, drive on over to Steam, and become a (more) legitimate game in the process. And really, it deserves some accolades for that. Sure, its Newgrounds roots are still fully visible. But that hasn’t stopped it from becoming a completely legitimate game in  its own right, now fully capable of standing on its own… six?… legs.

Me, Myself, and Us 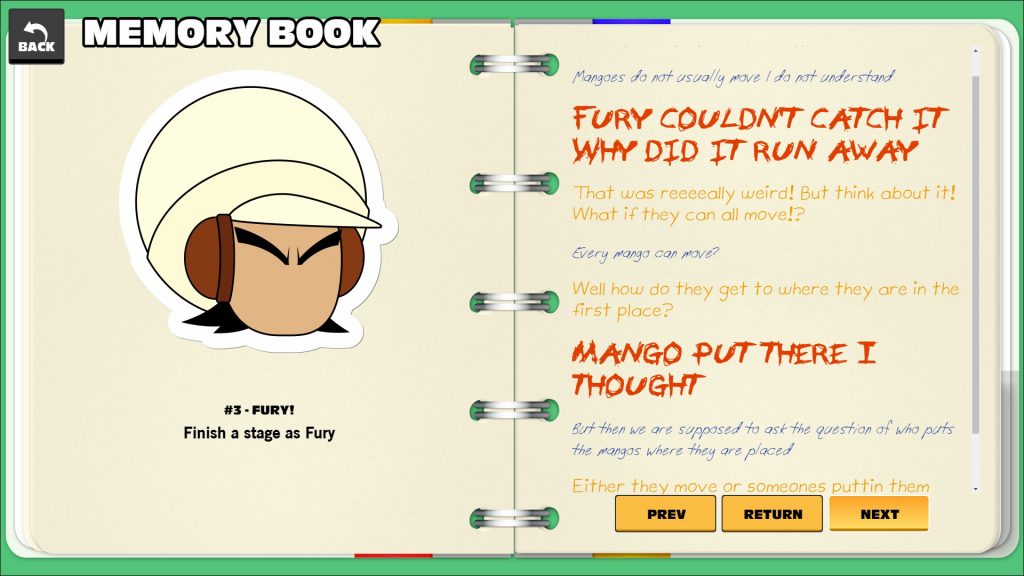 Achievements given purpose are never a bad thing.

Yeah Jam Fury‘s “story” could pretty much be summed up in one word; “mangoes”. To be fair, though, I suppose that there is a little more to it than that. Basically, this game is all about three people, er, “egos”, aptly named Yeah, Jam, and Fury, who can never all exist in the same place at the same time, working together to collect mangoes. Or maybe it’s just one person with three distinct personalities and skillsets. Who knows? Not you! Not at first, anyway. Regardless of these individuals’ ambiguity, however, there is one thing that’s very clear; their mission. Their mission, of course, being to collect mangoes which have been cleverly strewn about in incredibly hard-to-reach locations. It’s, um, about as goofy as it sounds. As for why they’re doing it… Well, that’s the mystery that needs solving!

It’s pretty obvious that Yeah Jam Fury‘s nonsensical story isn’t the game’s core focus. But that doesn’t mean that the game pays no attention to it at all. Rather than unlocking additional story-related content by basic level progression (you know, like in a normal game), a lot (but not all) of Yeah Jam Fury‘s story comes from obtaining achievements. Since the trio is incapable of contacting each other directly, they instead have conversations by writing in a journal called the “Memory Book”. Truthfully, it’s not anything terribly special. It’s also very trope-filled. Still, it’s better than nothing, and I’m glad that it’s there. 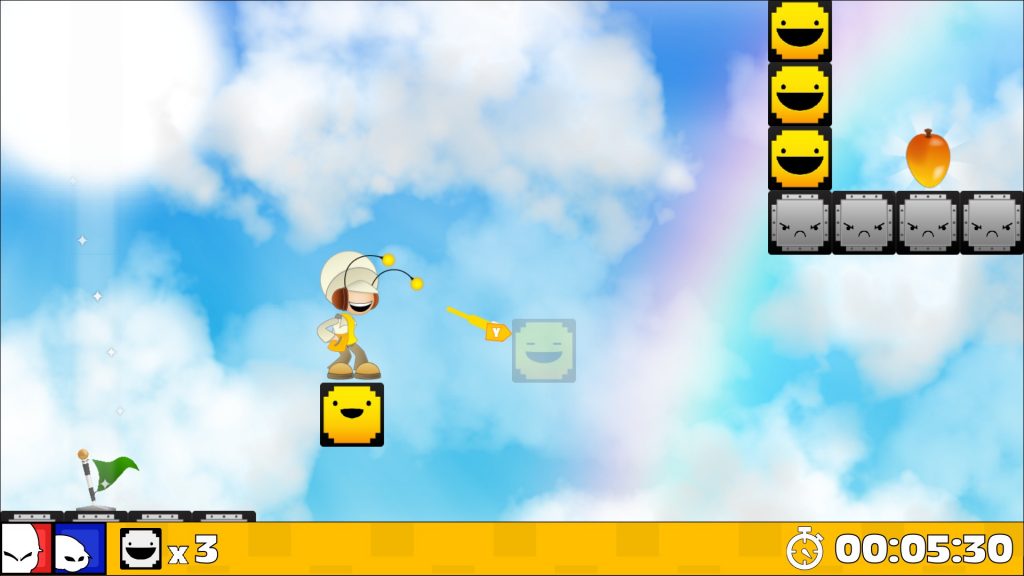 The sweet taste of victory is almost within my grasp!

Collecting mangoes may be your goal in Yeah Jam Fury, but it won’t be as easy as swinging by the grocery store and picking up a couple (dozen) of them in the produce section. Instead you’ll have to navigate your way through a number of dangerous, and often maze-like, levels in order to snag yourself a piece of tropical goodness. You won’t be able to do it alone, either. This game is all about teamwork. And, seeing as how this is a single-player game, you’ll be in charge of all three members of said team.

Yeah, Jam, and Fury are all highly specific in what they do. Yeah, the happy guy in yellow, is good at jumping, and using blocks to create platforms. Jam, the edgy guy in blue, can run fast, is capable of running up walls, and can launch himself into the air with his hammer. Fury, the angry guy in red, is good at breaking blocks — with every block broken being converted into “ammo” for Yeah to use. It doesn’t sound like much, mechanically speaking. And it really isn’t. All three characters have roles which are easy to both learn and understand. But, as well all know, theory and practice are two entirely different things. 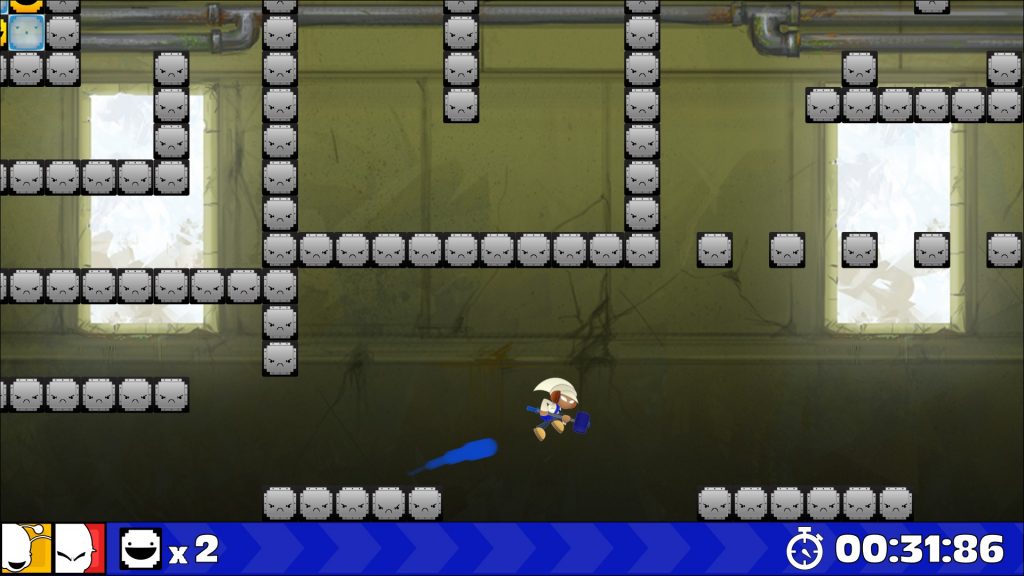 Each of Yeah Jam Fury’s characters are highly specialized. Be sure to learn the ins and outs of all of them!

Using each character by themselves isn’t too big of a deal. The real challenges comes in when you need to start switching between them on the fly. For example, you may be vaulting yourself over a particularly large gap as Jam, only to have to switch to Fury at the last second in order to smash through a block wall. Or maybe you’ll find yourself jumping almost all the way up to a ledge as Yeah, only to need to switch to Jam in order to climb that last little bit. It’s mastery over the synergy between characters that ultimately ends up being the key to victory. It’s fairly difficult to get down, but satisfying when you finally do. 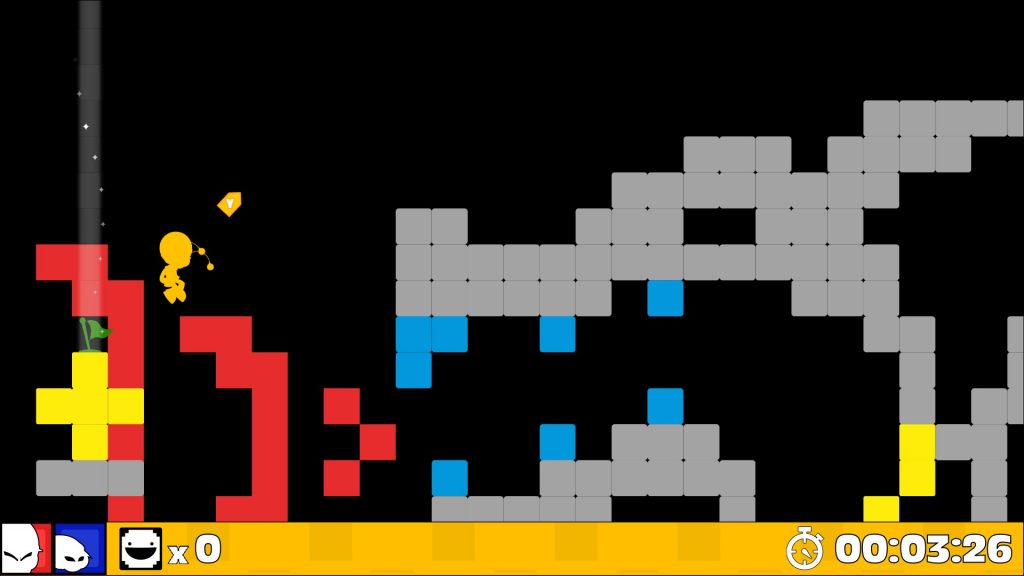 Surprisingly, the fire doesn’t burn you. It forcefully pushes you off of a cliff, instead.

Yeah Jam Fury‘s “three-in-one” character isn’t the only interesting thing about the game. A lot of the levels are unique as well — and in more ways than one. First, there’s the design of the levels themselves. The further you get into the game, the more bizarre a lot of levels seem to get. Sure, things look pretty normal in the beginning, but it doesn’t take long for things to get weird. Soon enough you’ll find yourself crawling around inside of a giant dragon made of blocks, and running through a parody Super Mario Bros.‘s World 1-1. There’s even a level that has you controlling Yeah as he — and I kid you not — auto-walks toward a giant, rainbow-vomiting whale while the “meme-ified” version of 4 Non Blondes’ “What’s Up” plays in the background. That one was… um… a little painful to play through. It was certainly unique, though.

A good chunk of the game also takes what I would define as a more “lackadaisical approach” to completing levels. Sure, there’s a “right way” to solve each level. And, sure, some levels do only have a single way to complete them. But many of the levels aren’t quite so rigid. Due to the fact that you’re in control of three characters, Yeah Jam Fury tends to give you a little creative wiggle room. Maybe you can climb over those blocks as Jam, instead of smashing them as Fury. Or maybe you can jump off a ledge as Fury, smash blocks, and kill yourself in the process, thereby re-spawning in the exact same place that you died, with plenty of new ammo for Yeah. Yeah Jam Fury is a fairly creative game in itself. It’s nice to see that the developers encourage player creativeness in kind, because of it. 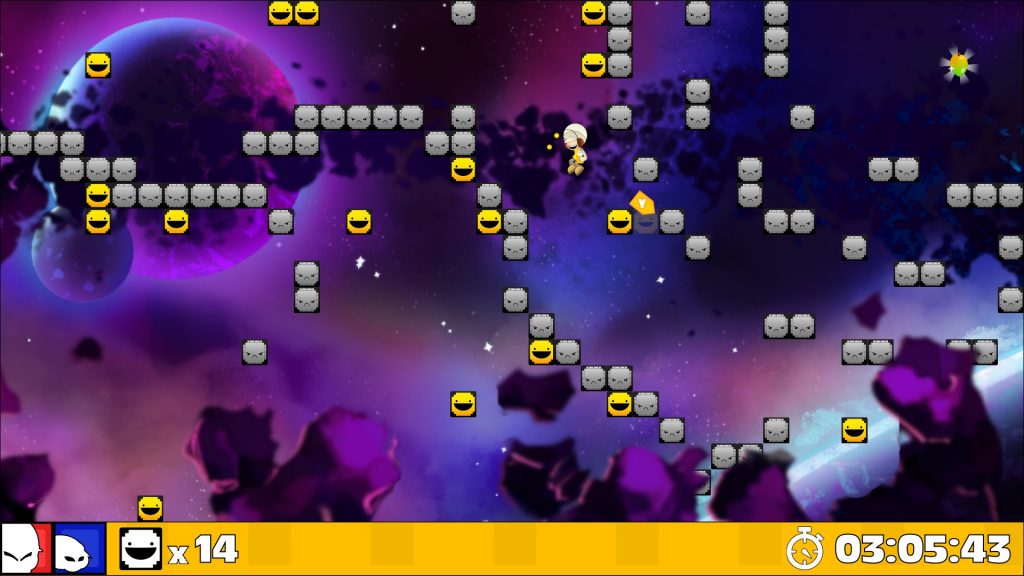 Yeah Jam Fury features plenty of levels sure to test your creative abilities… and the limits of your patience!

If you want to take a break from the main game, Yeah Jam Fury also lets you create your own levels and upload them to the Steam Workshop for others to enjoy. It features an easy-to-use UI, and plenty of tools to help make tedious tasks like block placement go by quickly. There really isn’t a whole lot to say about this feature otherwise. You’ve played Super Mario Maker, right? You pretty much get the picture, then.

Yeah Jam Fury: U, Me, Everybody! is noticeably dated in a lot of ways but, for what it’s worth, it’s still pretty darn good. This is a game that managed to somehow crawl out of Flash game obscurity through its own merits, and it’s not hard to see why. Between its unique character-switching mechanics, its wonky level designs which encourage player creativity, and, if you’re into that kind of things, its memes of questionable freshness, Yeah Jam Fury is worth considering if you’re looking for a quick, fun, and challenging platformer.

Full disclosure: This review is based on a review copy of  Yeah Jam Fury: U, Me, Everybody! provided by the publisher.

What is Semispheres, you ask? Well let me quickly summarise this neat little game for you. Semispheres is a intuitive puzzle game in which you control two small brains…