First Round of Aria the Animation Dub Cast Announced 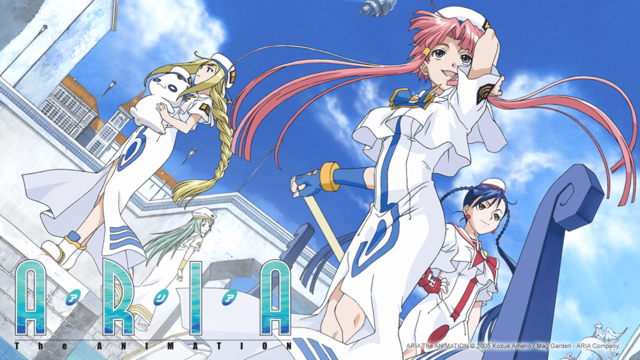 The Kickstarter for the wildly successful “Let’s Dub ALL of Aria the Animation For Blu-ray!” has announced the English dub cast for Aria the Animation’s three leads: Veronica Taylor (the original Ash Ketchum in Pokémon) as protagonist Akari Mizunashi, Jessica Calvello (Zoe Hange in Attack on Titan) as Aika Granzchesta, and Tara Tisch as Alice Carroll. Both Taylor and Calvello had previously confirmed to voice for the beloved slice-of-life anime, but Ms. Tisch is an apparent newcomer to anime dubbing. Preview clips of their performances will be made available sometime next year.

Nozomi Entertainment, the distributor of Aria the Animation and its sequels in America, had started the Kickstarter in August with a $110,00 crowdfunding goal to finally dub the beloved slice-of-life anime and provide a Blu-ray release. To the surprise of everyone involved, it gradually smashed through all the stretch goals provided, reaching $595,676 in funding for all three seasons alongside the Aria the Avvenire specials and cast commentaries. The series is expected to ship throughout the duration of 2018.

Are you excited for the much-anticiapted Aria dub? Let us know in the comments below!