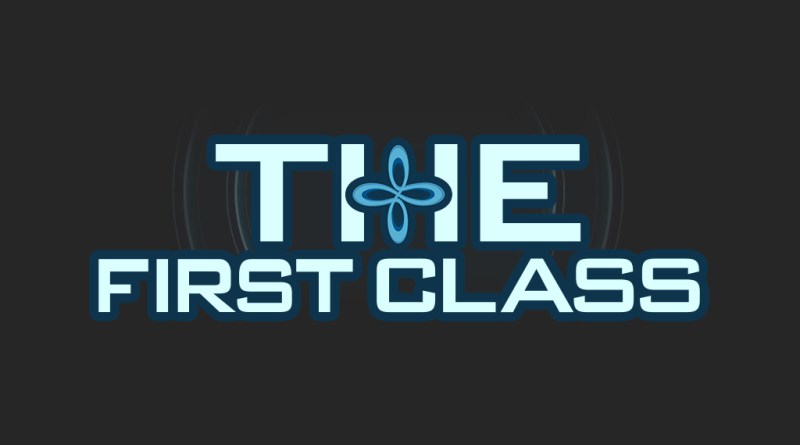 The First Class VR is the latest piece of edutainment software to arrive on the Oculus Rift and HTC Vive. Developed by Chinese studio Light & Digital Technology, it aims to showcase the origins of aviation and the human race’s quest to reach the cosmos. Detailing the birth of flight with the construction of Chinese strategist Kongming’s first flying lanterns, all the way to the SpaceX’s commercial line of rockets, The First Class VR looks to satisfy the curiosity of flight enthusiasts of all ages. It’s an interesting premise, for sure. And it sounds like a perfect fit for VR. Does this interactive journey into the history of flight have what it takes to reach great heights, or does it crash and burn? Read on and find out. 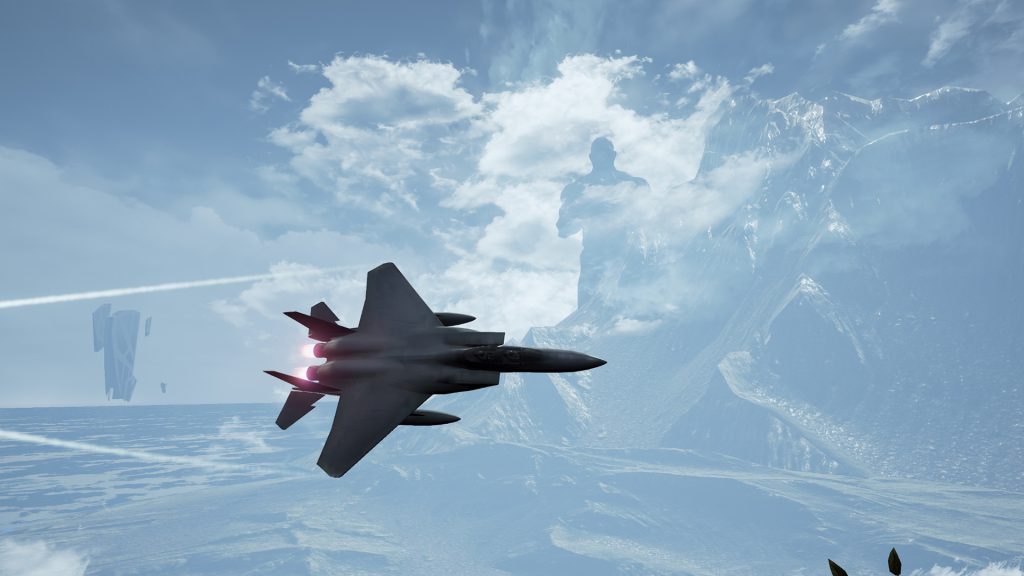 The First Class VR begins with players in the belly of a space station high above a distant planet. After taking in your surroundings, you’re able to access a terminal to select your lesson. Seeing as there’s only one available, it’s a pretty easy choice to make.

It’s in the opening moments when The First Class VR makes its best impression on the player. When the lesson begins, you ’re whisked away into a massive hangar, where birds soar above leaving trails of light, and the Wright Flyer sputters to life and takes flight. It’s an impressive spectacle, to be sure. Honestly, with the dramatic narration and awe-inspiring music filling the air, it’s hard not to feel a real sense of pride at what humanity has managed to accomplish when it comes to conquering the skies.

Things only get more dramatic from here, as the ground beneath you begins to rapidly fall away, leaving you with a spectacular view of the ground below as all manner of fighter planes and zeppelins soar through the air and engage one another. RAF Spitfires dance above the clouds trading machine-gun fire with Imperial Zeroes while the Hindenberg looms in the distance. And various other aircraft, like F-22’s, Sopwith Flying Camels, and more clash all around. Moments later, you’re transported to the heart of a ruined city as waves of heavy bombers blot out the sun, dropping bombs all around in a scene that’s both beautiful and horrifying. It’s not often you see a game showcase such a large-scale conflict in such intimate fashion. And it’s impressive, both in terms of its artistry and convincing sense of scale. 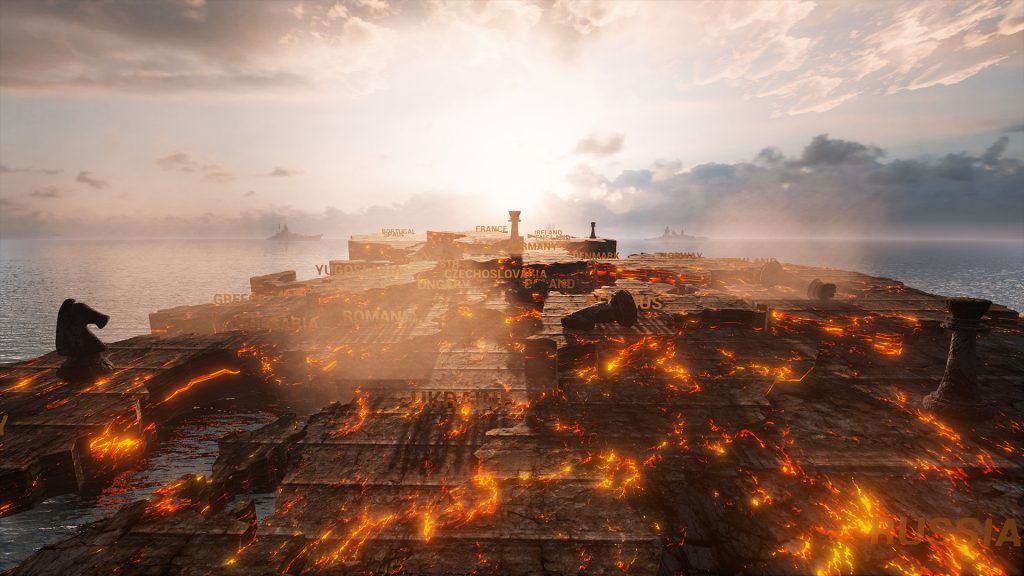 While the opening portion of The First Class VR really manages to impress, it pains me to say that it doesn’t take long before things start to fall apart. The experience is broken into three distinct sections, each with their own theme, and each less interesting than the last. The second portion of the game has you scooped up by a Sikorsky UH-60 Black Hawk for a tour of a grotto littered with the historic spacecraft. I’m not sure how they got there, but this short cruise offers a look at various Chinese, American, and Russian satellites launched from the 1950s to the present day. If you’ve ever wanted to see a Saturn V rocket or Soviet Sputnik satellite resting serenely in shimmering waters, have at it.

Honestly, it’s a pretty cool sight. The problem is the game features one of the most incredibly flawed translations I’ve ever heard. It’s bad – really bad. Believe me when I say it makes this virtual tour more than a little awkward at times. This problem extends beyond this chopper tour as well. Historic speeches are given the same treatment, making them lose much of their impact. It’s almost as if you’re experiencing the game’s narration through Google Translate. All told, it doesn’t work out so well and calls into question the game’s value as an educational tool. And considering that’s primarily what this game is meant to be, that’s a real shame.

The game’s questionable translation isn’t the only place where The First Class VR manages to stumble. Actual interactive moments are a rarity here, but they are consistently frustrating. Whether you’re trying to simply put on a helmet or flap your arms to soar like Icarus towards the sun, navigating and interacting with the world around you never feels quite right.

Flight At The Museum 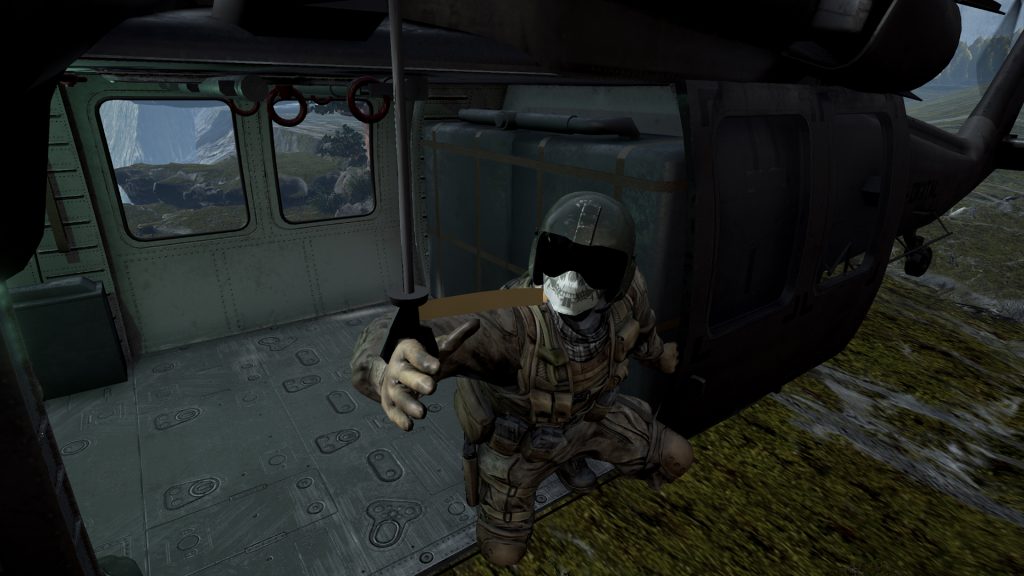 The final portion of The First Class VR allows you to go on a tour of a virtual aerospace museum. It’s here that all of the craft featured in the previous portions of the game are prominently displayed, and you’re free to get an up-close look at each of them using teleport locomotion. Each vehicle is well rendered, and it’s honestly pretty cool to see all of the little details in these historic works of engineering. If you’ve ever wanted to get a detailed look at SpaceX’s Falcon 9 rocket or the Chinese Shenzhou 5, you’ll probably have a field day here. It’s just a shame that the information terminals at each exhibit only offer the slightest bit of information. Still, it should be more than enough to pique the interest of aviation fans who’re interested in doing their own independent research, so there’s that.

All told, this tour of the museum can be wrapped up in about 15 minutes. And after that, there’s nothing left to see. That is unless we see a second lesson pop up in the future. You can complete the entire lesson featured in The First Class VR in just about a half hour. However, if you’re only interested in the more interactive bits, you’ll be done with the game in half that time. But if you’re not interested in the educational component then this probably isn’t the game for you to begin with.

Not Quite A First-Class Trip

The First Class VR isn’t bad. In fact, at times it’s pretty damn impressive, at least in terms of its striking visuals and grandiose score that pull you into the experience. The thing is, for how great its visuals and music are, the game stumbles when it comes to being either an entertaining game or worthwhile educational tool. Moments of interaction are rare and unsatisfying, and the game’s lackluster translation can make even the most awe-inspiring moments feel a bit silly. Still, if you’re an aerospace enthusiast looking to get a detailed look at some of history’s most iconic feats of engineering, this might just be worth the price of admission. For anyone else, you’re better off booking a trip to the Smithsonian.

Full disclosure: This review is based on a review copy of The First Class VR provided by the publisher. 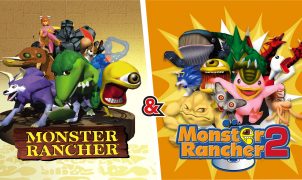 Monster Rancher 1 & 2 DX Review: A Strange Time Capsule As much as I love classic games, some make more sense to revive than others. While I’d love…