Move Over Smash Bros, There’s A New Brawler In Town! 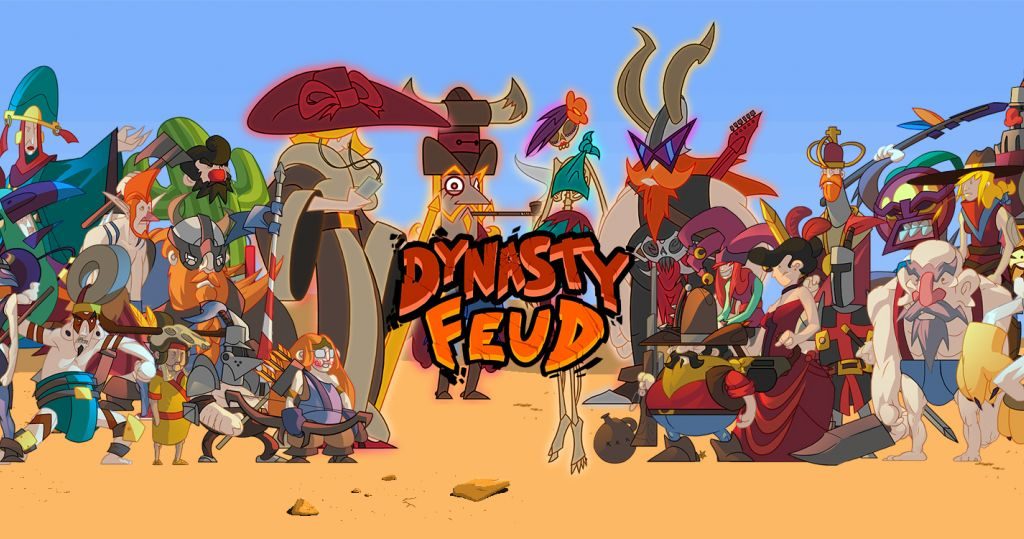 Dynasty Feud is that game I never knew I wanted…

Dynasty Feud, to sum it up, has been a pleasant surprise for me to play. It’s a fast, somewhat funny, four-player party game that from an outsider’s perspective, doesn’t look that much different from any other couch co-op game that’s kicking about out there.

And that’s where you’d be wrong.

With most couch co-op games it’s pretty simple. There is a lot of punching, a lot of kicking and occasionally a few headbutts to take you by surprise. It sounds incredibly easy to remember, doesn’t it? Not much thought to be put into it, yes?

Well, this game throws that out of the window entirely.

Complexity In Dynasty Feud Has Never Been So Fun 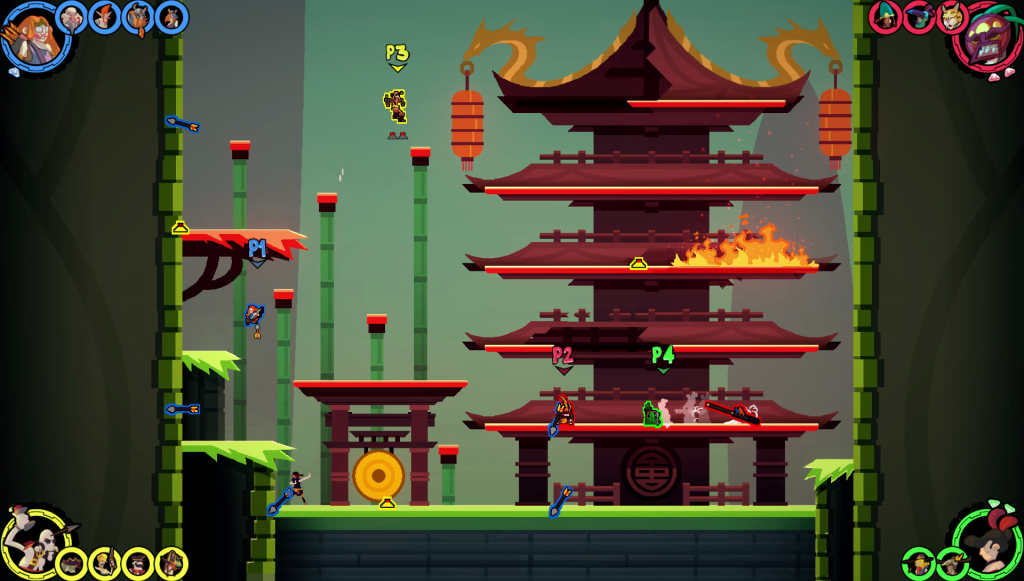 There is a variety of factions: from Vikings to Aztecs!

With variety comes the complexity I never expected from this sort of game. For example, the Viking faction valued long-range weapons, such as spears and throwing knives whereas the Martial Artists love to get up, close and personal in order to knock the stuffing out of you.

If you’re wondering ‘what about this makes it so complex?’ well, I’ll tell you. You don’t get to pick just one fighter per match, but as hinted by the title, a dynasty. Five, to be exact. All have a unique set of abilities for you to learn and considering that none of these characters is balanced, you really have to plan ahead for how you’re going to win your matches or there is a huge chance you’ll get obliterated.

If you’ve got characters abilities down pat by the first hour, (which I suspect you won’t, you’ve still got a long way to go to unlock all the character factions,) then it’s time to learn how to use them most effectively. When one of your characters die there is a period of time where you can pick which character on your team you’d like to play next, a feature that’s very handy when trying to find a certain character that can potentially counter your enemies abilities.

And trust me, this does matter. There’s no coming back once your characters die; there is no health bar, no stamina, it’s usually one shot, one kill. There are a few exceptions, such as characters in the Knight Faction having armour, thus it’s more like two shots, one kill. Or if you’re a real asshole, use the feature ‘Annoy’ in death to distract your friends by catching them off guard.

Regardless, you get the idea. 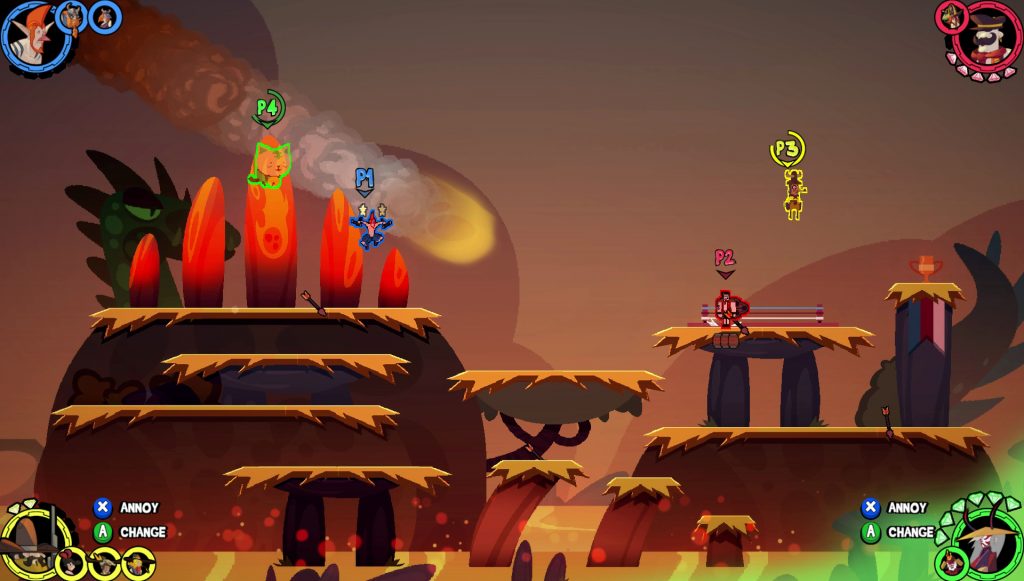 However, practice is a bit hard to come by…

I won’t beat around the bush, these characters are hard to master, you can feel it as you play. Morty is a character that lets you throw dynamite around, but you’ve got to time it right and figure out when to chuck the damn thing. There’s also a character who looks (amusingly enough) like Old Turtle Hermit from Dragon Ball who’s martial art skills are difficult to remember when going up against certain enemies. This game is NOT messing around – you’ll need practice, because in my time playing the game, I feel confident about playing maybe one character out of more than twenty.

Even so, Dynasty Feud has no real interest in helping you get better, at all. The training mode is little to no help in improving outside of understanding a character’s unique abilities and their special, superpower move, aptly named as a’Super’. Even then the enemies in training mode remain still and have no ability to fight back at all, which already makes a very dull session even worse. In fact, the training mode is so very lacking the only real way to improve yourself is to just get stuck right in.

Which can be a real problem for one big reason…

There just simply isn’t a player base for Dynasty Feud, at least, not yet. There are no other modes that doesn’t rely on multiplayer or co-op, no sort of skirmish mode to help you improve and as I said above, training mode is completely useless. So how are you going to get better if you’ve got no way to try it out? Your guess is as good as mine. I was very fortunate to have friends (incredible, I know) come round and play this game with me, otherwise, I’d be stuck in training mode imagining what it would be like to actually play against other people… 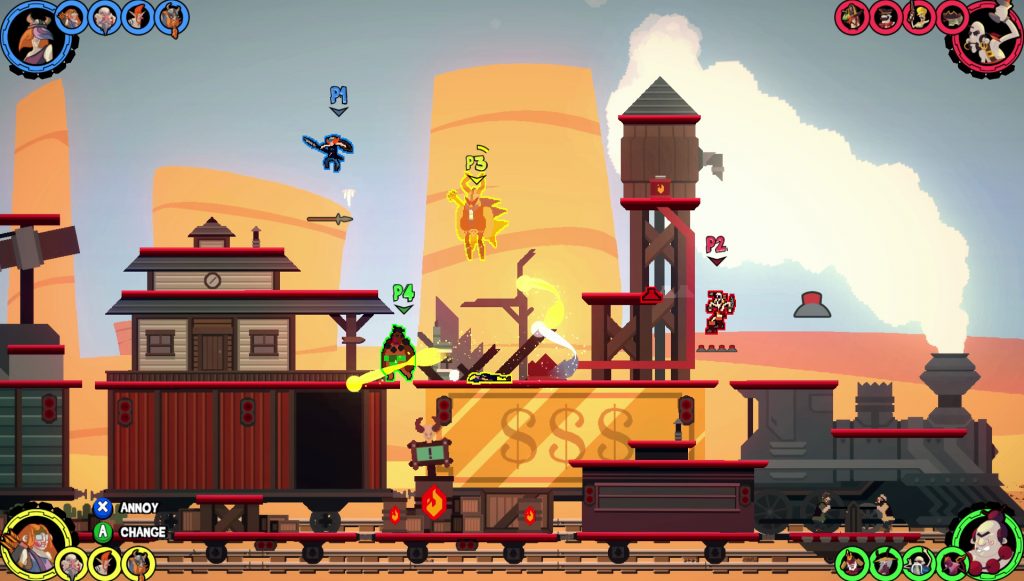 Dynasty Feud is at its best when it has a committed, four player team that is willing to accept it for the complex, complicated but fun game it is. Sadly not many will look at it and see anything beyond the usual brawl – a damn shame too. Nevertheless, visually the game is stunning with a diverse cast (of both men, women and tigers too) that makes it stand out. Despite its shortcomings, the most important thing about Dynasty Feud is this: it’s fun!

Full disclosure: This review is based on a PlayStation 4 review copy of Dynasty Feud given to HeyPoorPlayer by the publisher.