With A Name Like ‘Wardog Fury’, I Expected More 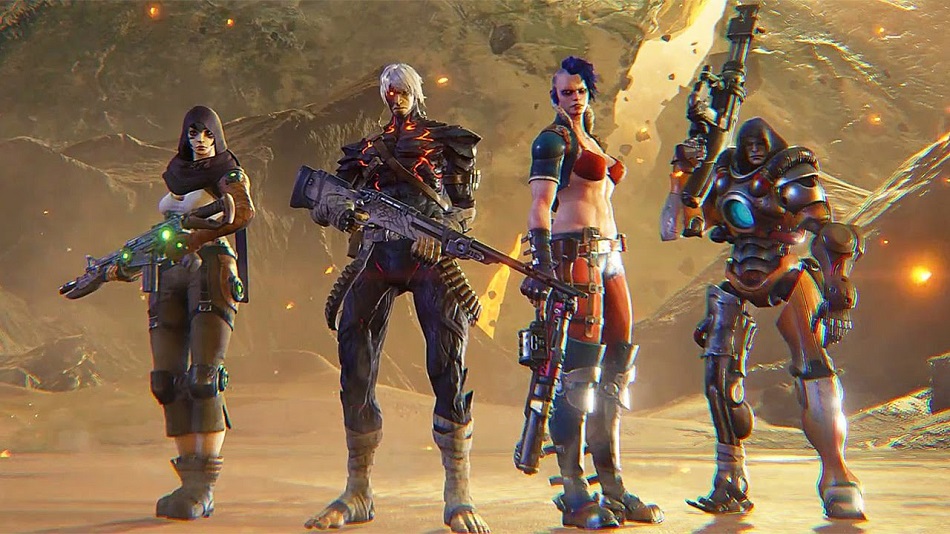 A quirky mash-up of ‘Mad Max’ and ‘Borderlands’.

If you’ve not heard of Raiders of the Broken Planet, I can only describe it as a third-person shooter with an aesthetic and narrative style that’s similar to Borderlands and Mad Max. The partially free-to-play game follows the story of a group of raiders and thugs that fight against each other in order to ransack the Broken Planet’s natural resource – aleph. With this resource these raiders are able to enhance themselves, gaining strength and power that improves the more aleph they get into their system.

The game has a variety of raiders for you to play as, the leader being Harec. Harec and his team, sick of the fighting over aleph, are out to squash the humans and send them packing back to where they came from. Your team is broken into different classes, some are more stealthy whilst others like Alicia like to get into your face to shoot it off with a shotgun. While I was playing I didn’t feel as though any classes were lacking, not including those who have yet to be unlocked further on during different campaigns.

Overall the game sounds pretty interesting, doesn’t it? Yet I was left feeling as though I wasn’t seeing anything different from the usual free-to-play game. The premise is good, but the execution leaves much to be desired.

The campaign ‘Wardog Fury’ did not leave me feeling reassured at all.

Wardog Fury Suffers From The Same Problem As The Original Campaign: A Poor Narrative 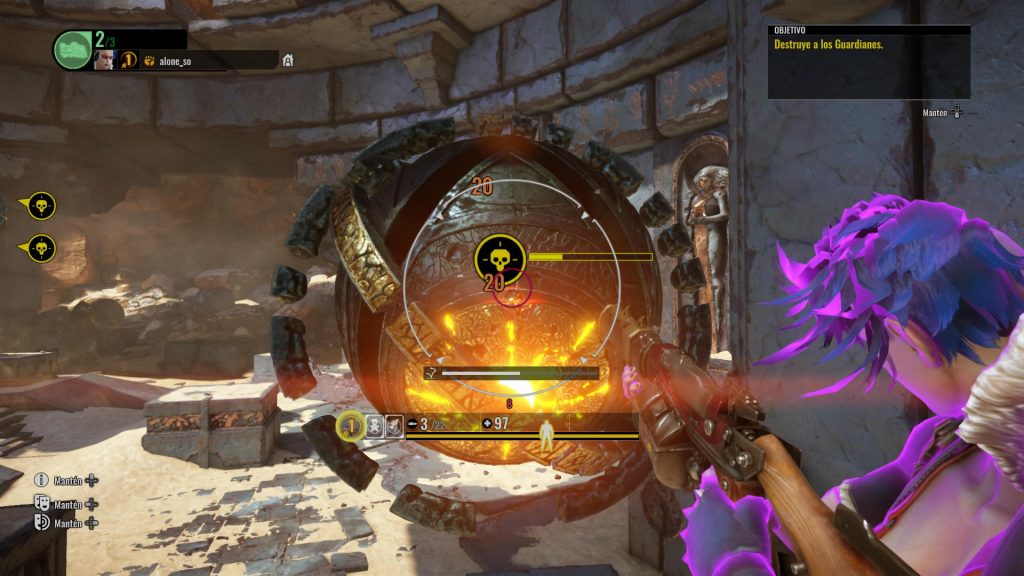 The game has potential to be brilliant and yet…

Don’t get me wrong, a strong narrative isn’t always needed to make a game great (look at Overwatch, for example) and Raiders of the Broken Planet has features that are enjoyable, but their story is not one of them. Most of these story elements are seen in cutscenes, before, in between and after missions.

Just like in the first two missions of the prologue, you don’t get given much about these characters apart from their all witty, sarcastic assholes and… That’s pretty much it. I didn’t expect depth, but the fact that the only thing that was different about them was their voices didn’t leave much of an impression on me. Their mannerisms, dialogue and tone are so eerily similar that I didn’t feel as though I learned enough about them or their mission to care. Even in Wardog Fury, with the introduction of new character Loaht, it didn’t make a bit of difference with the team and their dynamic with one another. Everything remained the same. It was boring and bland, and I sincerely hope that it improves in further campaigns.

Moving onto the story outside of team dynamics, the first mission you are sent to grab the savage Loaht, a former Umbra Wardog experiment that went drastically wrong after he overloaded on aleph. Loaht is as brutal as they come and his power is changing into a furious, rampaging beast that rips apart even the strongest of enemies. Harec recruits Loaht in order to help with the war effort, but General Marmalade (leader of the Umbra Wardogs) has plans to take the aleph for himself. So clearly, his a problem for Harec and his team of misfits.

Enric Álvarez, Co-Owner of MercurySteam says about Wardog Fury that it focuses on ‘one of the human factions and delves deeper into their lore’. Well, I’d like to say I agree with Enric, I truly do. But I can’t, because the story instead feels lifeless, full of cliches and I left feeling as though I knew little about General Marmalade and the Umbra Wardogs apart from their treatment of aleph was that of an addict. at all. Even worse is that lore, yes lore, is locked behind microtransactions. It didn’t add substance to the missions.

Which leads me to my next point.

The Stress Meter Stresses Me Out! 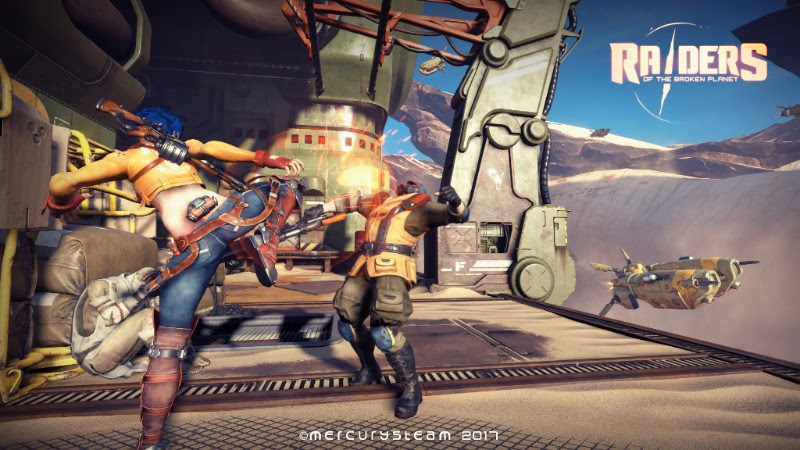 I’d hate to Stress you out but…

As I said previously, I went into Wardog Fury knowing that I’d have to put my desire for a good story on hold for a while as the original campaign didn’t meet my expectations there. So I was overjoyed to find myself actively enjoying the missions and the gameplay.

Raiders of the Broken Planet has a pretty cool feature that’s called ‘Stress’ and as it says on the tin, it has everything to do with the amount of pressure your raider goes through when they are being filled with lead from the enemy. How Stress works is that the lower your health goes, the more likely you are to be seen by the enemy through walls. Luckily for you, you’re able to see through walls anyhow, but the enemy knowing where you are when you’re close to dying? It’s bloody stressful, but bloody good fun too! The tension is immense and the worst of it was during the very last battle of Wardog Fury (spoilers ahead), fighting against the big (and I mean BIG) boss General Marmalade.

I tried it alone at first which was my first big mistake. Marmalade has a crazy amount of health and if you don’t know what you’re doing (which I didn’t) then you’re going to get absolutely slaughtered. Though that is directly linked with how the game doesn’t tell you anything. Sure you have a tutorial, and trust me I’ve never been a fan of a game spoon feeding me, but the concept of aleph and its connection to your powers and activating certain objects…Never explained. It makes for quite the challenge, but it is also extremely limiting on what you do and don’t know. So I’ll say this for Wardog Fury, while it’s as compelling narratively as watching paint dry, it definitely makes you think on your feet and punishes you if you’re not fast enough.

That being said, while the combat is fantastic it doesn’t do anything that I’ve not seen before. The ‘Stress’ feature is definitely intriguing, and Mercurysteam should be applauded for it, yet it doesn’t affect the gameplay enough to be truly pivotal. Characters are interesting and varied and their powers are crazy helpful at times, but that’s just it: at times.

You may have noticed I didn’t mention multiplayer. There’s a reason for that. 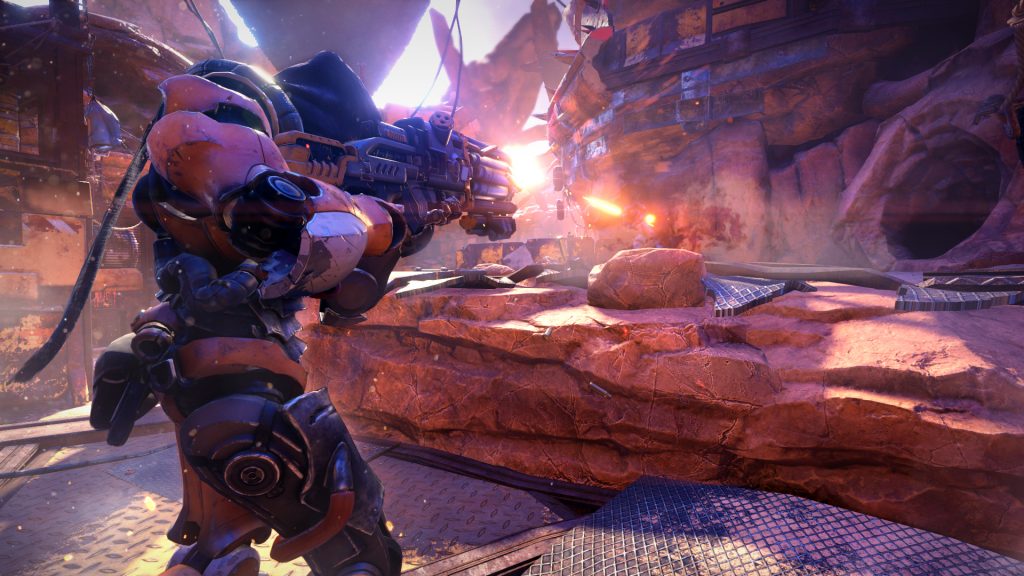 Here is where I’d connect to co-op and have a good time…If it would let me!

Multiplayer during this game is…Well.

Connecting to others during the prologue was extremely difficult to do, and no it wasn’t my connection. I spent over 5 minutes waiting for the campaign to load, and when you may have found someone they disconnect for some reason or other. It’s more than aggravating, and I can only say that it gets ten times worse during Wardog Fury. Now I can’t pinpoint whether the problem lies with Raiders of the Broken Planet not having a consistent enough player base, or if the problem is that Wardog Fury is an expansion that you have to pay for – therefore access to the expansion is limited at best. Or perhaps it is a bit of both.

Regardless, connection times are incredibly poor which can be frustrating for another reason despite my lack of patience and that is because some missions during Wardog Fury were extremely difficult to do on your own. That said, it also depends on the three people you’ve teamed up with, but generally, if you’ve got three other players helping you out then things go pretty smooth. With games like this, you’ve got to work together to get the job done, so it makes sense that having other players at your back would benefit you.

…If I could connect to them, that is.

Nonetheless, there are some fun modes that multiplayer does allow. My favourite has to be playing as the Antagonist. In this game mode you play as – you guessed it – the antagonist. What that means is you team up with the enemy AI and try to thwart four other players in their mission, cackling as you come behind with them none the wiser. However, it all depends on the player. That should be obvious, shouldn’t it? But it’s true – a good Antagonist is good IN SPITE of the game’s AI, rather than because of it. At times it feels very much like a 1v4 match.

Raiders Of The Broken Planet Needs To Believe In Itself 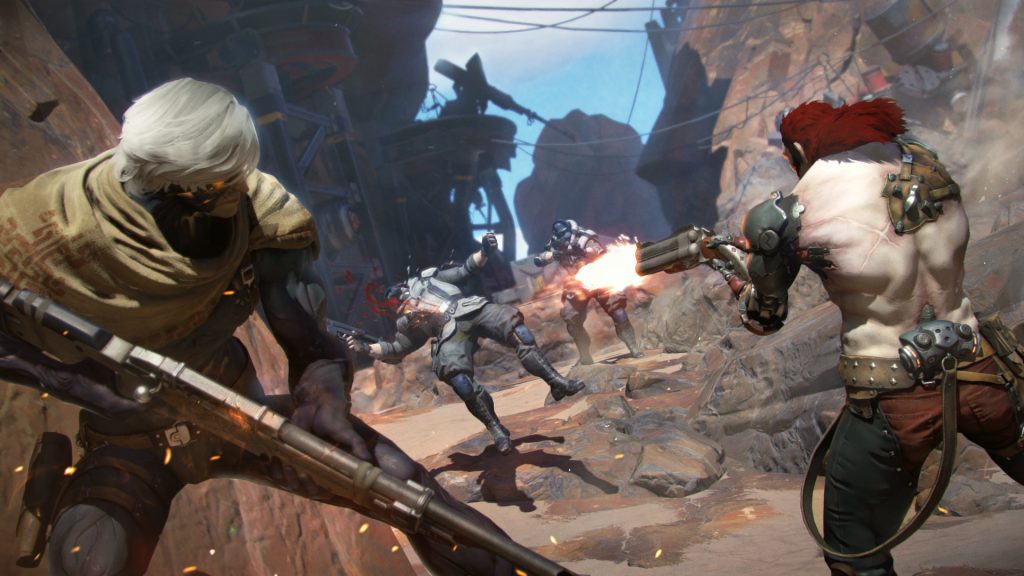 I say this because Raiders of the Broken Planet, not just Wardog Fury, has the potential to be something amazing. Wardog Fury had the chance to make up for the prologue’s and Alien Myths mistakes, it truly did. But it instead relied on the same, tired cliches and narratives without giving itself any true twists or turns that make me want to play again. Even with friends playing the game it’s hard to find the replay value, even with the amazing gameplay and brilliant visuals, compared to other team-based games out there.

It’s a shame that Wardog Fury didn’t expand Raiders of the Broken Planet in the positive way I hoped it would, there is still a lot of bumps and chicanes that need to be smoothed out. But I still believe that Mercurysteam will listen to their fans and will put love, time and money into this game to help it to grow.

Full disclosure: This review is based on a PlayStation 4 review copy of Raiders Of The Broken Planet: Wardog Fury given to HeyPoorPlayer by the publisher.

Worth a purrchase? There comes a time when us cat lovers must ask the big question: exactly how many good cat games are out there? Yes, beloved franchises like…