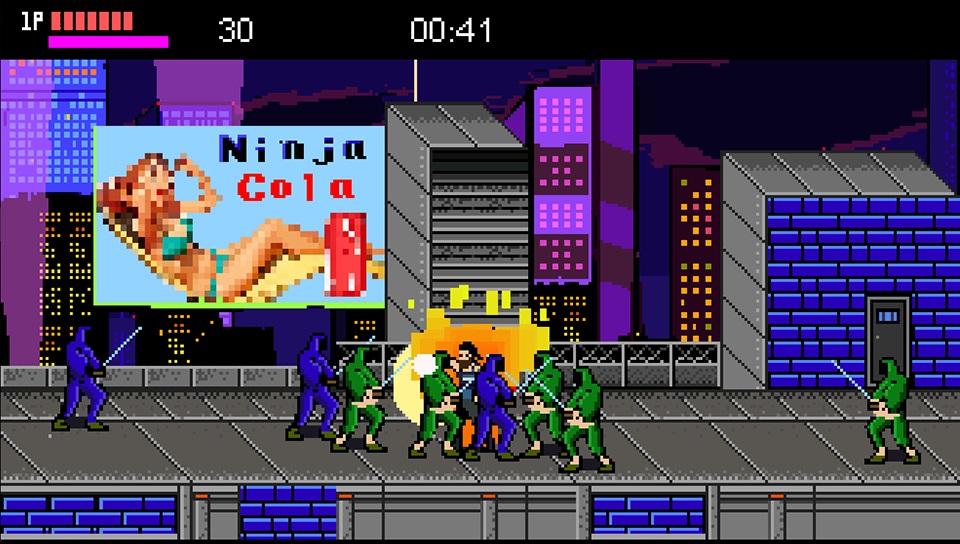 If you’ve been following us here at Hey Poor Player you’ll know that we take our video game music very seriously. We’re the type of people who listen to video game music while driving our cars, working at the office, or even just relaxing around the house. We may have even preordered a few overpriced “special editions” just because the soundtrack was included. Yeah, it’s a little embarrassing, but it is what it is.

During our quest to consume all of the great video game music we can handle, we’ve come across a few bands who share the same love for said music. As we delved deeper and deeper into the world of video game music cover bands, a band from “Metro City” (aka Nashville, TN) caught our attention.

The Mad Gear (a band that are bad enough dudes to rescue the president, but probably won’t due to issues with authority) have been creating amazing covers of beloved video game music from the 16-bit era for a few years now. After getting to know the dudes we were lucky enough catch an early glimpse at their hilariously entertaining music video “The World Warrior: Ken & Guile’s Theme” before release. If you’re a fan of video games in general, you owe it to yourself to click that link! 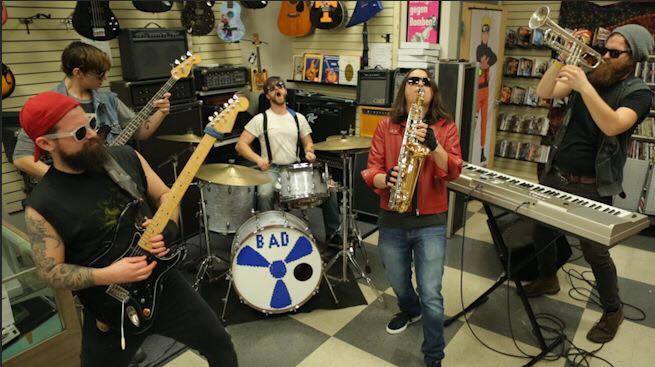 If  “The World Warrior” wasn’t enough, this past Halloween we were able to check out their new music video covering Super Castlevania’s Simon’s Theme, a tune that’s a favorite amongst our “older” staff. This video featured the band traversing through Drac’s castle while battling baddies and balancing on the iconic swinging chandeliers.

So, you might be asking yourself what song the Mad Gear is covering now.  Well, it’s not a song at all! The Band, along with game developer Brain Jar Labs, have now created their own retro-inspired video game, and it’s completely free for everyone to download! These guys have just gone from super cool to Super Saiyan!

In The Mad Gear’s new game titled “The Mad Gear: Go Right and Fight” The Mad Gear need your help to clear their name and save the mayor. Arrested on the false charge of kidnapping the mayor of Turbo City, The Mad Gear Gang of Tough Guys have no choice but to bust out and find the true culprit. Players can go it alone or team up with a friend to battle a hilarious cast of villains, including five different gangs and their bosses!

Check out the bad ass trailer below:

So after viewing that trailer, I’m sure you want the game!  Just follow this link and off you go!  All the info you need to get to playing is right there!

The game is completely free to all but The Mad Gear would like to give credit where credit is due.  If you would like to show you appreciation to Brain Jar Labs, please head over to the GoFundMe page that the Mad Gear has created out of appreciation and throw a few bucks their way.  They deserve it!

If you’ve downloaded The Mad Gear: Go Right and Fight, don’t forget to comment below after you’ve played the game!