From the creator of Sket Dance! 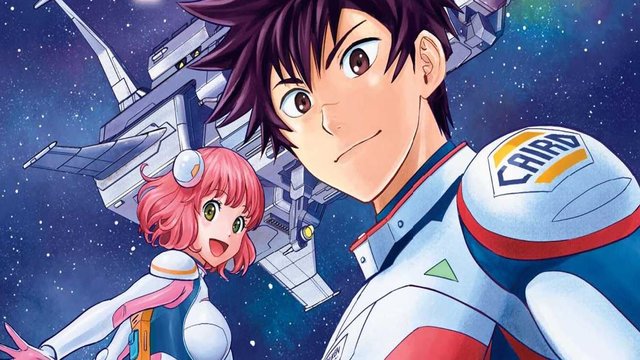 I consider it something of a crime Kenta Shinohara’s Sket Dance, a Weekly Shonen Jump comedy manga that ran from 2007 to 2013, was never localized for American release. Sure, Western fans were able to enjoy all 77 episodes of the anime adaption thanks to Crunchyroll, but sadly, that never entirely covered what I consider to be one of the more heartfelt manga comedies out there. Thankfully, since last year VIZ Media has taken to digitally publishing Shinohara’s next work: Astra Lost in Space, a gripping sci-fi romp that’s finally hitting physical media with its very first volume. Establishing new ground for the manga artist as a tale of survival, Astra opens as a solid tale of drama and friendship.

Set in the year 2063, teenage protagonists Aries Spring and Kanata Hoshijima set out for the first day of Planet Camp, meeting for the first time alongside six other youths (brainy Zack, sisters Quitterie and Funicia, shy and quiet Yun-Hua, energetic Luca, womanizer Charce, and loner Ulgar) for a five-day camping trip on Planet McPa. Upon arrival, however, they’re ambushed by a wormhole that plunges them into the furthest depths of space. While Planet McPa is long gone, an abandoned ship is their only hope of survival. Can the Astra’s newfound crew work together to navigate the stars and find their way home?

Like Sket Dance before it, Astra Lost in Space puts the cast’s relationship front and center. Aries and Kanata are both the glue that holds Astra’s band together, albeit for different reasons: it’s Kanata’s gung-ho enthusiasm that makes him a natural-born leader, but while he’s already won over the reserved likes of Zack and Charce, it’s his quirky commanding that irk resident tsundere Quitterie, already setting the stage for the crew’s first in-fight. As captain, there’s only so much his optimism can accomplish, and it’s up to Aries’s own brand of quick-thinking to chart Astra’s course (and while Kanata prefers to leave Yun-Hua and Ulgar be, the social butterfly that is Aries goes as far as screaming into the former’s headset just so she can hear her voice).

As Astra forges new ground for Shinohara, missteps are to be expected: reviewers have noted the imbalance between Kanata’s and Aries’s shared role as protagonists, and while Aries’s diary entries let her function as a narrator, Kanata does take over halfway through the volume. Not every character is an immediate success, either: with both Kanata and Aries being the sociable pillars, it’s difficult to get a bead on Luca’s role with him just being “the outgoing one”. Meanwhile, Quitterie is as prissy and non-cooperative as you’d expect from a tsundere, and that can grate on those exhausted of her kind. 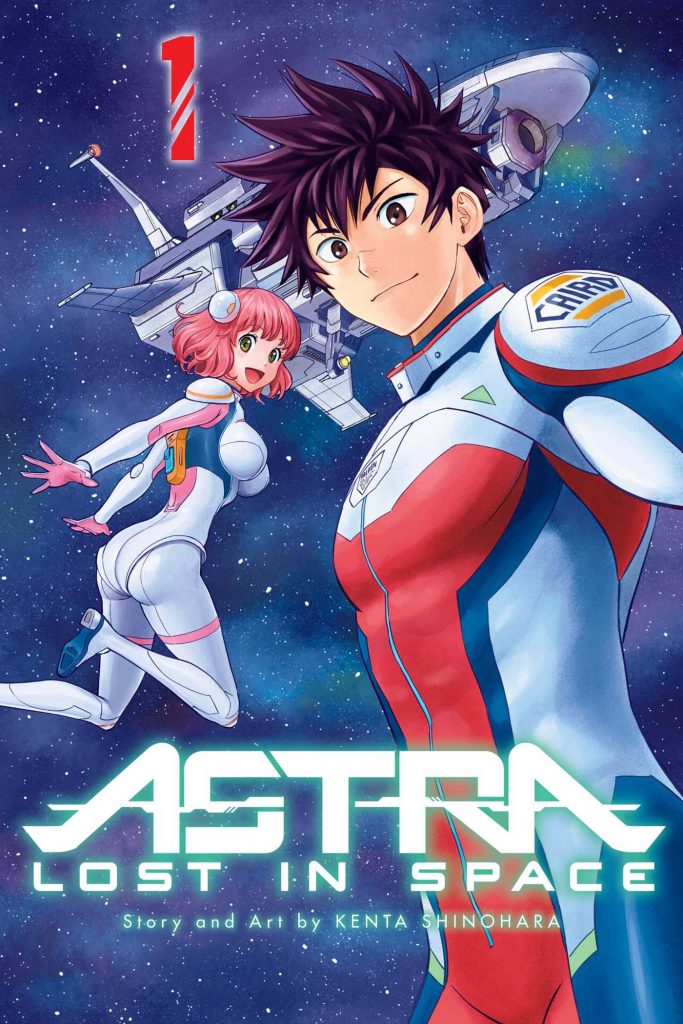 Even with the presence of such tired tropes, however, it’s a good thing Shinohara’s still an expert on character development: Quitterie’s transformation throughout this first volume already renders her an interesting character, with her sense of pride and her mother’s neglectful parenting leaving her unable to connect (right down to her adoptive younger sister Funicia, whose crisis on Planet Vilavurs marks the first steps out of the older sibling’s shell). Shinohara’s also wise in not letting all the characters compete for attention: Yun-Hua and Ulgar immediately distance themselves as the group’s outsiders, and whatever fleeting moments they have are tantalizing clues on what’s to come (moreso Ulgar, as his bitter fatalism is already causing friction).

Shinohara also remains on-point with his ironic comedy, and the first Astra volume provides plenty of laughs. Everyone’s favorite gag will be Funicia’s hand-puppet mascot, which thanks to technology unknown, projects the wearer’s thoughts into blunt commentary of her comrades. Meanwhile, just like with Sket Dance‘s Bossun, Kanata’s dependability does not absolve him of stupidity, be it his failed entrance or, in my personal favorite, his eight-hour testing test for poisonous food. I’m also fond of how pretty boy Charce is fascinated with gross things to the point where he starts naming and lying down with forest insects.

Like Sket Dance, Shinohara’s artwork is super clean with appealing character design. Aries and Funicia are simply too cute for words, the former’s bubbly demeanor immediately enchanting us and rooting for her in spite of her clumsiness. The shift to sci-fi means Shinohara gets to flex his creative muscles, namely in Vilavurs’s mushrooming flora and its population of harmless land critters and carnivorous avian reptiles. For those interested in the particulars of the characters’ space suits, this first volume includes extras detailing their many functions alongside the Astra itself.

Does the first volume of Astra Lost in Space feel like its going through the motions at times? Yes, but it’s clear by its end Shinohara has worked out the kinks and is back at his unique A-Game blend of drama and comedy. As someone who’s been reading Astra Lost in Space since VIZ’s initial digital publication, I’m thrilled to finally add it to my physical library and connect the current plot developments to its beginnings. As of this writing, the series has only two more chapters until its conclusion this month, so if this first volume wins you over, be sure to hop over to VIZ’s site to read the rest for free!