Build it up to be knocked right down. 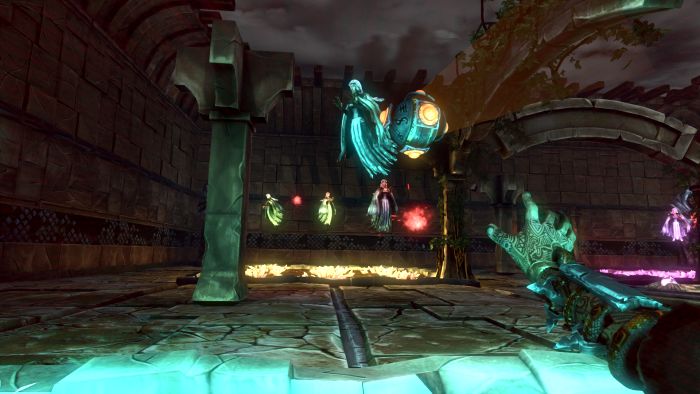 Remember Heretic all those years ago? That was when FPSes where known almost exclusively as “Doom clones”. Heretic was quite popular at the time, and has solidified itself as one of the greatest examples of first-person shooter action. But despite that, there aren’t many games in the FPS genre that have gone a mythical, magical route. Shooter fans want wands and alchemic bombs as weapons again! Well, if that’s your thing, you may still get your fix with Ziggurat.

Ziggurat places players in the sorcerous shoes of an initiate into the world of magic. There’s no going to Hogwarts or being taken under the wings of a wise old wizard. Here, wannabe wizards are expected to traverse the titular Ziggurat and make it out alive. No easy task, seeing as the structure is a mass of malevolent magic that’s constantly changing configuration. But should you reach the end, you’ll have mastered all the nuances of sorcery in the ultimate test of survival. 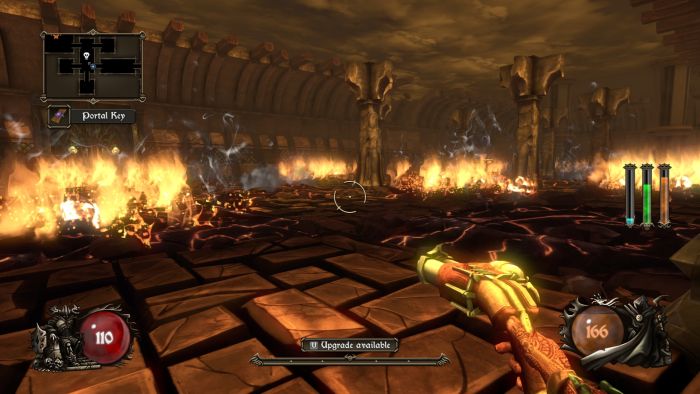 What we have here is a fusion of roguelike sensibilities with an FPS. This hybridization has become popular in recent years, and Ziggurat is perhaps one of the finest examples. It’s easy to see where this goes: you’re thrown into a map which is pieced together from a selection of rooms and passageways. Somewhere along the path is a boss room, but you need to find a key to make the boss appear. The room with the key is often out of the way, but occasionally it’s only a short flight, making the level really short. Regardless, even if you obtain the key early, it’s usually a good idea to explore the floor and nab yourself extra items and experience. Along the way you’ll have access to a magical arsenal of satisfying weapons which are projectile-based and powered by mana. Different classes have different effects on certain weapon types, and the player may unlock these by fulfilling various objectives.

As is to be expected, many mechanics are either helpful or harmful. One such example is the existence of god shrines, to which you may sacrifice a portion of your health and manna for either positive or negative effects. Certain rooms will also activate a temporary mutator, such as increasing your attack speed or limiting your vision. You never quite know what you’ll get, and these can be crucial in making a run successful or end with your humiliating defeat. And believe me, the latter happens a lot.

The sauciest of sorcerers. 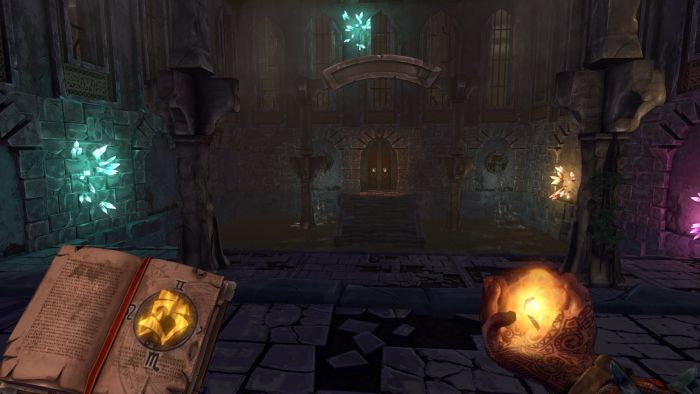 Playing as the wayward wizard is largely fun, but the game does have its share of problems. The biggest issue is whether or not roguelike systems are really your thing. You’re going to have to sink a significant chunk of time into this, and grind away for many hours, to become a sorcerous super star. There’s a lot of repetition, and frankly, the enemies and locations are not varied enough to hold a player’s interest for such a length of time. I get that the maps are randomly-generated, but they seem flat and barren. Other FPS roguelikes, such as Strafe, manage to make their levels more three-dimensional and dynamic. Ziggurat could learn a lot from Strafe‘s developers. Finally (and this is a minor moan), there’s no multiplayer mode. This seems like a wasted opportunity, as it would have been wonderful to tackle the game with a team mate.

Still, it’s a lot of fun, especially with its presentation. It’s dark, gloomy, and gothic, but saturated in bright colors and otherwordly bloom effects. The music constrasts the gameplay by being calm orchestral compositions, while the general audio serves its purpose skillfully. Enemies grunt and scream, and the sounds of your weapons are appropriately impactful. Rather than go for a realistic aesthetic, Ziggurat is deliberately stylized, and absorbingly so.

Ziggurat is a love letter to fans of Heretic and Hexen from all those years back. It manages to fuse together elements from both fantasy and shooters almost seamlessly, and it’s great fun to use staves and wands as weapons instead of the old chestnut shotguns and miniguns. The RPG and roguelike elements add a fresh new angle to proceedings, and while level design remains a bit flat, it’s still lots of fun to play and the rooms make for great mini-arenas. The only thing really missing is a co-op mode, but it’s still great to tackle all by your lonesome. It’s a tiny bit on the shallow side, but still comes recommended for anybody who enjoys some old-fashioned FPS action. If you’re interested, get it from its official Steam page now.

Full disclosure: this review is based on a retail Steam key for Ziggurat. 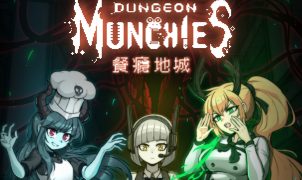 Dungeon Munchies Review: Chow Down on this Insane Zombie Adventure   As the zombie genre has become popularized and oversaturated during the past several years, the undead have gotten…