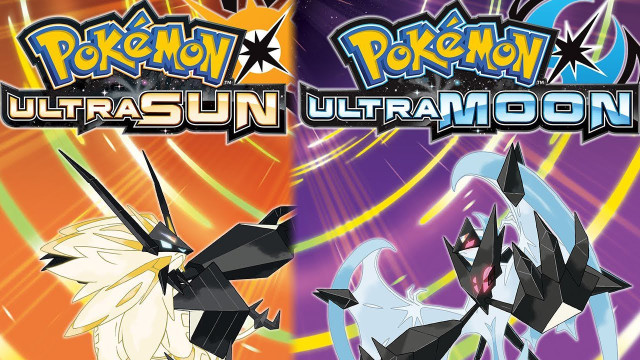 The ceremonial third versions of Pokemon games have faded out of consistency for a while. Pokemon Yellow started it in the states, presenting a slightly upgraded Kanto adventure with some new features and opportunities. This became a tradition carried through to the series’ fourth generation. Pokemon Platinum presented an alternate story to the one presented in Pokemon Diamond and Pearl, with new post-game things to do an more old Pokemon added to the game’s Sinnoh region setting. Pokemon Black and White forewent this tradition in favor of direct numbered sequels. X and Y didn’t get much of anything at all. Pokemon Ultra Sun and Ultra Moon are a sort of return to form to those enhanced versions of generations past, but still split into two versions. Last year’s Sun and Moon were games we called some of the best Pokemon games ever made.

Pokemon Ultra Sun and Ultra Moon make some changes that are positive expansions to an already-vibrant world. Others that feel like completely unnecessary intrusions that further bog down early parts of the game that some players already have issues with. Even the stellar story climax of Sun and Moon can’t be saved.

Whatever challenge comes my way 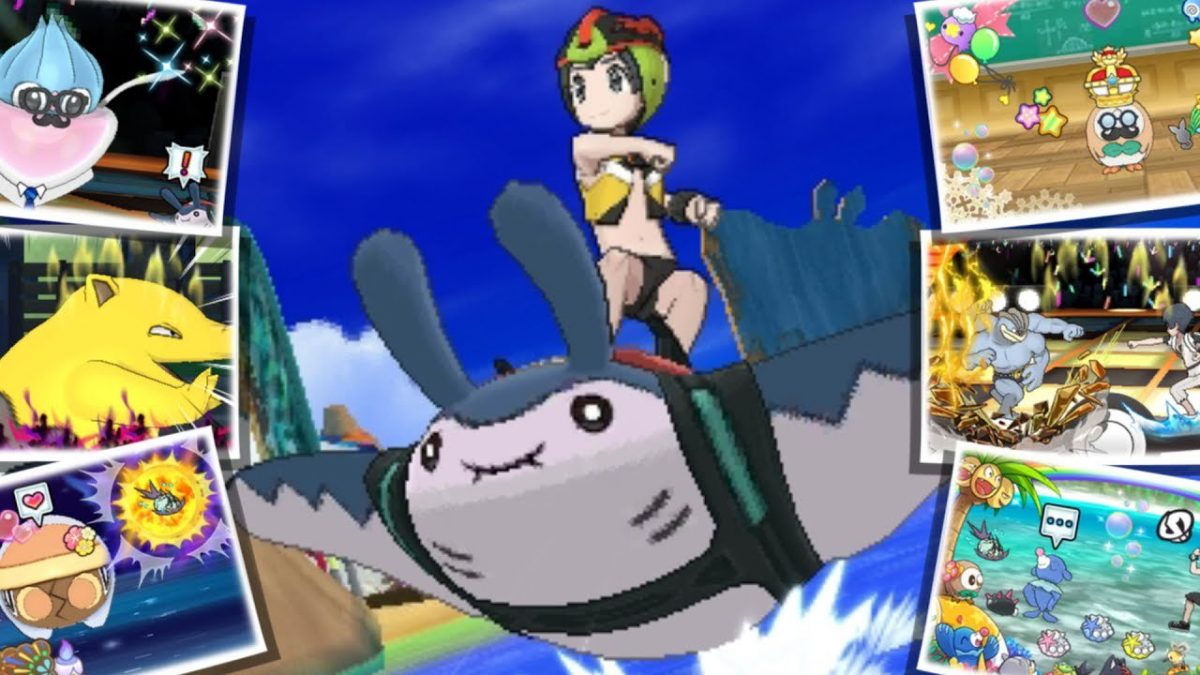 Like in the original Sun and Moon, Pokemon Ultra Sun and Ultra Moon are prefaced with a somewhat different challenge  than players have faced in previous series entries. Alola is the first region in the main series of games not to play host to a series of Pokemon gyms to fight. Instead, players face the island challenge. Like with gyms in previous games, there are eight challenges trainers must face, each based around a particular Pokemon type. Here, the challenges are more focused around wild Pokemon and challenges in the environment around the trainer. They range from herding panicked Wishiwashi through a series of brooks and streams to gathering ingredients to summon a particular Totem Pokemon. The Totems are boss Pokemon at the end of the challenge. Each can summon partners to aid them, and some are absolutely fierce challenges that require specific knowledge and strategy to take down.

Only a couple of the island trials are changed from Sun and Moon, but the new changes made are all fun new puzzles. This also means an eighth trial was added, up from Sun and Moon‘s seven. There are also grand trials at the end of each of Alola’s four islands, where the trainer faces off that island’s grand Kahuna, known as the greatest trainer of that particular island.

It’s true here as it was in Sun and Moon that this plotline leads to a lot less predictability. In older Pokemon games, there’s often a sense of knowing where the biggest challenges are going to be. There are always going to be these eight large buildings where the very strong boys are. In Pokemon Ultra Sun and Ultra Moon, there’s a lot more room for surprises. Strong boys can be ANYWHERE. 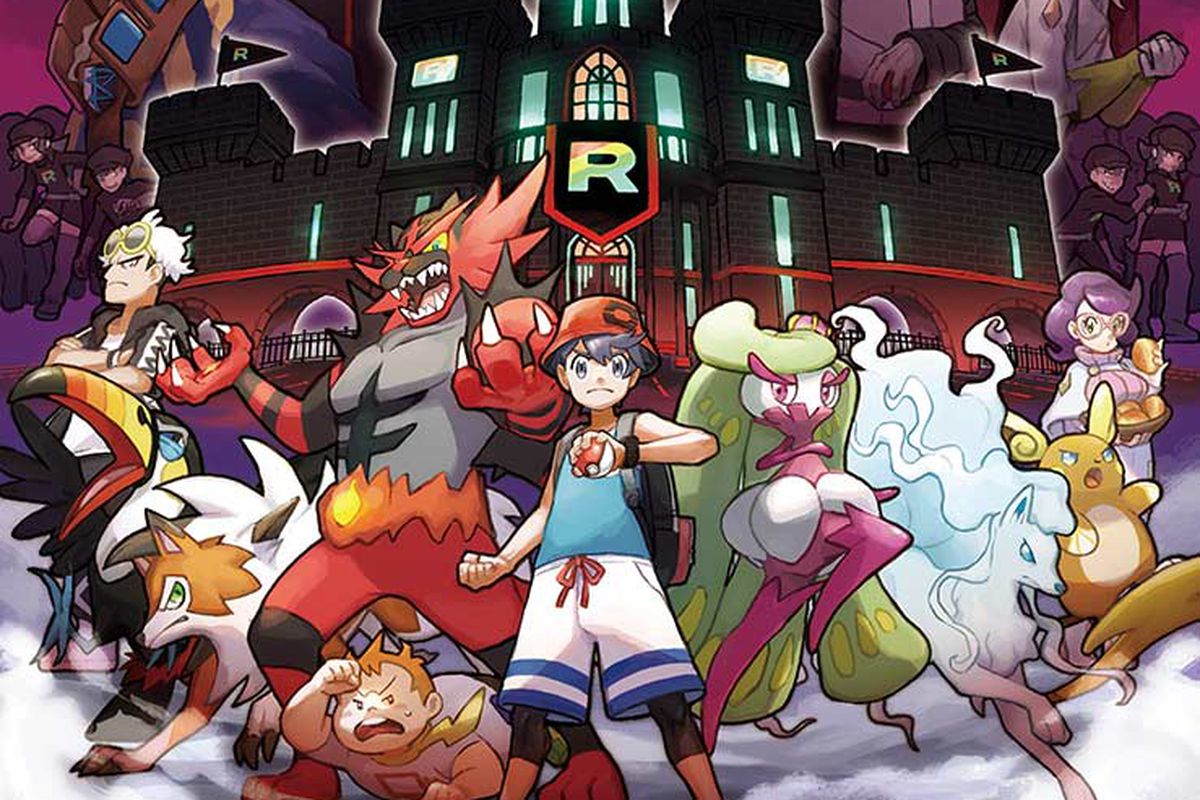 As is typical with the signature “enhanced version” Pokemon game, the story in Pokemon Ultra Sun and Ultra Moon is a bit different from what it was before. This has its plusses and minuses, but ultimately left me disappointed. Two new characters, identities varying dependent on which version you’re playing, are now part of the story, as members of the mysterious Ultra Recon Squad. It’s gradually revealed how this group of semi-alien-looking characters relates to the plot beats we know from Sun and Moon. Regrettably, their presence in the first dozen-ish hours of the game feels as forced as it does persistent. They just sort of keep showing up. Interjecting into whatever the player is doing at that point. Their existence feels like an afterthought. We never really get to know them outside what they mean to the new plot.

That’s only the start of things, too. The story of Pokemon Sun and Moon was, honestly, a bit shocking for a Pokemon game. It’s latter half leaned hard into it, becoming a well-nuanced story about personal agency and the struggles of breaking free from the demands of others. Pokemon Ultra Sun and Ultra Moon‘s story is…not that. The team seem to have leaned back away from that heartfelt nuance, and back towards more flash and pizzazz.

The result is a damn fun campaign, to be sure. The climactic battle with Necrozma, the game’s prismatic legendary Pokemon of choice, is a truly legendary encounter. The adventure is as broad as it has ever been. But it lacks the heart, honesty, and humanization that nobody expected out of Sun and Moon but that was there anyway. Ultra Sun and Ultra Moon are fun as anything, but they didn’t make me feel something the way the story in Sun and Moon did. Indeed, a lot of those powerful story beats are pushed lazily into postgame.

One story saving grace has nothing to do with the main plot at all. There are a lot of new micro-stories and quick sidequests in Ultra Sun and Ultra Moon. They end up feeling like parts of a point-and-click adventure game. You might find a message in a bottle washed up on shore on one island, and be able to take it to the correct person on another island in order to get something for your troubles. You might meet a sad attendant at a hotel and then be told that showing him the right Pokemon will cheer him up. Even idle lines when observing things in the player’s surroundings results in a notable bit more humor than in Sun and Moon. Main story be what it may, these smaller moments have more humor and heart than ever before. 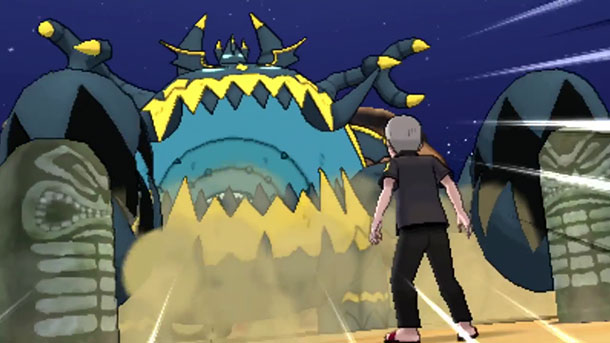 As hit-and-miss as the new story may be, Pokemon Ultra Sun and Ultra Moon are aces at opening up the player’s opportunities to capture wild Pokemon. Sun and Moon‘s pokedex capped out at about 300 monsters, a good blend of old and new that all made sense for the region and helped fill out what Alola was like as a place. Ultra Sun and Ultra Moon add another 150 on top of that. The only new Pokemon among them are a couple new Ultra Beasts, the games’ mysterious pseudo-Pokemon, but the extra injection of familiar creatures works well. It’s another common thread in the enhanced version games, especially in the case of 2008’s Pokemon Platinum, which added some desperately-needed balance to an uneven pokedex. The catching and battling of monsters in Pokemon Ultra Sun and Ultra Moon is just as strong as it was in Sun and Moon.

Also notable is the ability to catch a bigger plethora of legendary Pokemon from across the series than ever before. Pokemon Omega Ruby and Alpha Sapphire touched on this in 2014, opening up a  bunch of mysterious gates in the sky where trainers could go and meet the likes of mascot Pokemon from many previous entries in the series. This system, with the caveat of a few version exclusives, allows for every single legendary Pokemon ever catchable in-game in any of the games to be found and obtained in Pokemon Ultra Sun and Ultra Moon. This weaves into an enjoyable postgame, featuring the re-emergence of some favorite villains from games past.

Adventure with a catch

My verdict on Pokemon Ultra Sun and Ultra Moon is this. If you want the game with the most stuff, and that let’s you be a Pokemon trainer to the absolute fullest, this is the one for you. If you want the one that opens things up the most, this is the 3DS-era game of choice. But if you want the Pokemon game that just has the straight-up best campaign, start to end, go and stick to last year’s Sun and Moon. The charm of the Alola region is still persistent, either way. The story of Professor Kukui, Lillie, Hau, Team Skull, and everyone else you’ll meet along the way remains one that shouldn’t be missed.

Full disclosure: This review is based on a retail copy of Pokemon Ultra Sun purchased by Hey Poor Player. 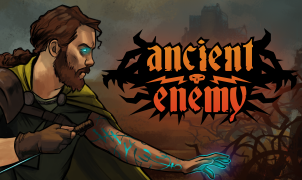