Will Chaos on Deponia be Rufus’ Revenge? 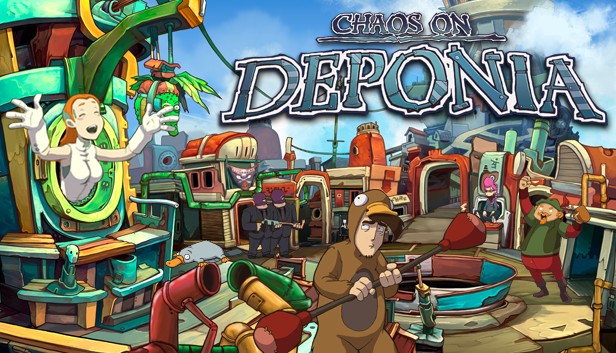 Chaos on Deponia is the second adventure on Deponia that will be released on December 6th, 2017 for PlayStation 4 and Xbox One. It tells the tale of Rufus: a lovably unlovable egomaniacal boor who fancies himself an inventor – whose plans and schemes frequently backfire. The original game details Rufus’ attempts to escape the junk-covered hellhole of Deponia and Chaos on Deponia details his continuing exploits. Originally released back in 2012 for PC, Chaos on Deponia tells a self-contained story, which is playable without having experienced the first installment. however, fans of the first game can find out new aspects of familiar characters’ backgrounds and answer questions left lingering from the original Deponia title. Also, the controls have been completely reworked for this new console iteration, so the main character Rufus can be animated by an analogue stick rather than pointed and clicked at things.

Have a gander at Rufus’ all new misadventures in the trailer below!