Nintendo has found a new way to be king 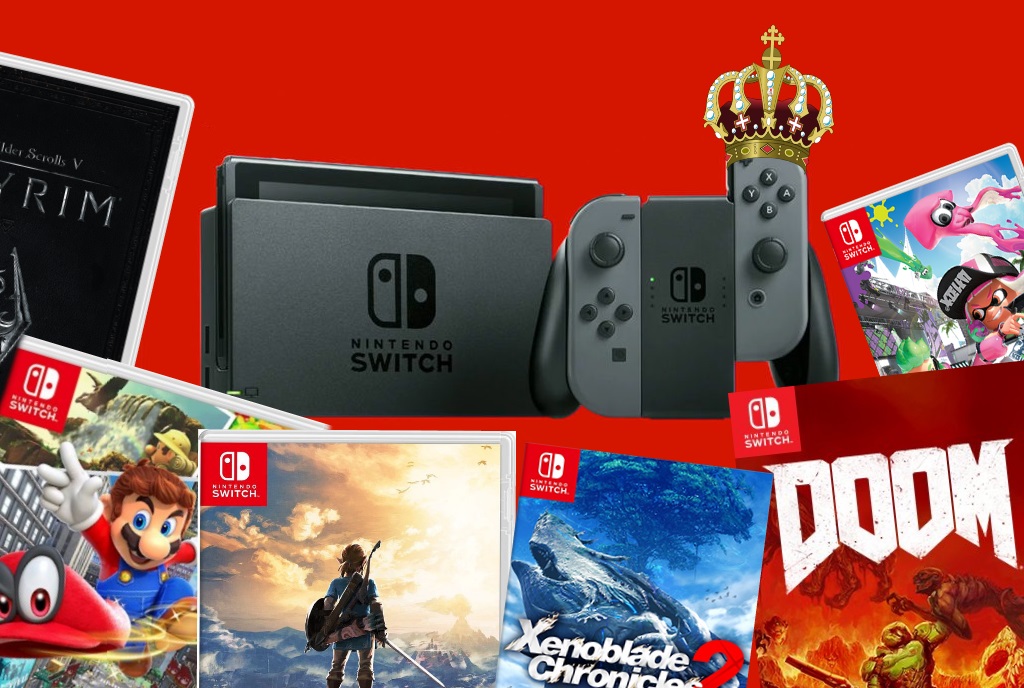 The Nintendo Switch launched into what would have already been an incredible year for video games without it. Starting off with early successes like Horizon Zero Dawn and at least the first two thirds of Resident Evil 7, and stretching all the way to the refreshing Assassin’s Creed Origins and the stunning Cuphead, 2017 was set from the start to be not only a banger, but a truly exceptional one. It would have been great already.

But NO. Nintendo just HAD to go and butter up an awesome year with one of the most striking and interesting console launches of all time. UGH. Just a really inconvenient thing they had to go and do, there.

Kidding aside, the launch of the Nintendo Switch has led to one of the most interesting years Nintendo has ever had. It’s down to a lot of factors. The console itself is a bit unlike anything else we’ve ever seen, and with that difference comes a whole new world of possibility. Its first-party lineup has been consistent so far to a degree that we frankly haven’t seen in multiple generations. Even third parties, AAA and indie alike, have found new success there. 2017 has been a great one pretty much all across the board, but the Switch in itself has been the best of this year. 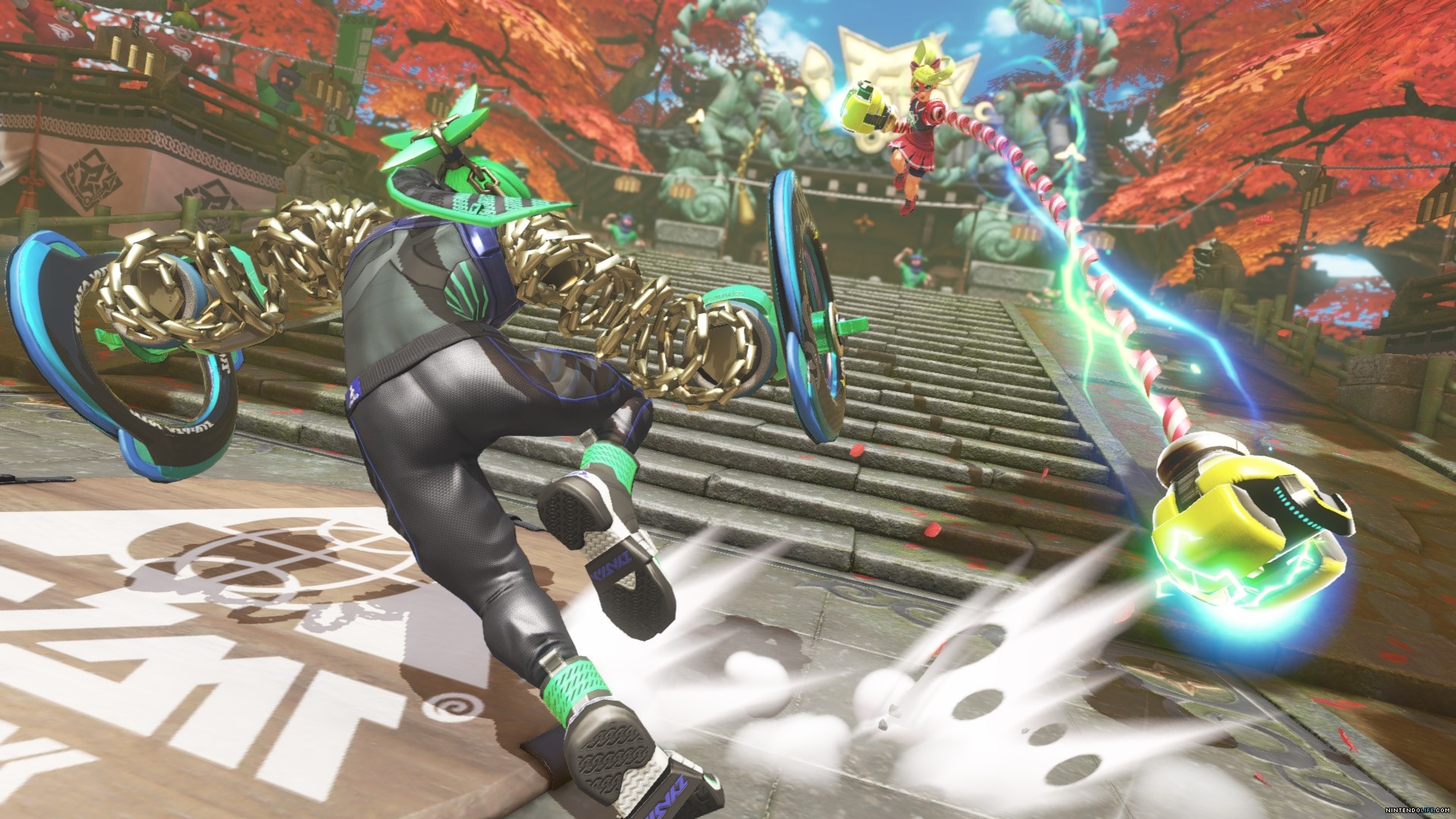 As mentioned, a big part of what has made the Switch a powerhouse has been a consistent release schedule of new Nintendo content. Legend of Zelda: Breath of the Wild was a huge phenomenon at launch, and we still hear it talked about fairly regularly. Lord knows, it’ll be on most game of the year lists, our own probably included. Since then, we’ve had ARMS, Splatoon 2, Mario + Rabbids (an Ubisoft adventure, admittedly), Mario Odyssey and more, with Xenoblade Chronicles 2 coming imminently as the final major Nintendo-published game of the year.

This kind of consistency is frankly something we just don’t often get with Nintendo. At all. Breath of the Wild was delayed so long that the Wii U never actually got an exclusive Legend of Zelda game of its own. This year’s Metroid: Samus Returns was the first series entries since the Wii, unless you count the hastily-licensed Federation Force. It actually seems that a lot of the last few years for Nintendo have consisted of more reliable lineups for handheld systems than home consoles.

Compare this, if you will, to previous Nintendo system launches of late. When it released, the Wii U had a lot of trouble gaining traction. As time went on, that pattern only shifted so much. The core of the issue at the outset was a complete lack of any killer IP. The system launched bundled with Nintendoland, a minigame collection that surely was fun but that could never hope to be any sort of new flagship for the company. Besides that, there was ZombiU, New Super Mario Bros. U, and not a whole lot else.

The original Wii certainly became a quagmire of shovelware by the end of its life, but at least it launched with the new Zelda and a trendy motion control gimmick to make the new system the better place to sell it. The Switch was in that same boat on launch day, but its track record in the months hence has been a step beyond. Here’s to hoping they can keep it up.

There’s been a lot of discussion lately, across Reddit threads and Facebook groups, of whether the Switch is leaning too hard right now into ports of third-party games. And it’s a valid point, too, one that goes right back to the Wii U. When Nintendo’s tablet-faced problem child launched in 2012, the company seemed to be making a much more concerted effort than had previously been the case to get third party games on the console. Assassin’s Creed III, special upgrade editions of Batman: Arkham Knight and Mass Effect 3, and other games came to the Wii U on or around launch day. But no previously-released game appearing on a new system was enough to sell the new system, and neither was a port of any game easily availible on the consoles people already had.

The tides turned quickly. One famous vote of no confidence was Ubisoft putting a months-long hold on the up-to-then Wii U exclusive Rayman Legends, just two weeks before its intended launch day, all so they could port it to other platforms. The Wii U made a valiant effort, but a misguided one in terms of what would actually gain traction.

Now, here’s where the Switch is different.

It goes without saying to a pretty absurd degree that a big selling point for the Switch has been portability. “Take Link and his many adventures chopping grass with me on the go?” The Switch consumer says, “don’t mind if I do! Hyeuah! Heyiaugh!” And it’s that novelty – that added functionality of being able to take full console experiences on the go as fluidly as pulling a tablet out of a dock – that completely changed what it meant to port a game to the Switch.

A game ported to the Wii U was just the same game, on a console with less power and a kind of neat tablet controller. A game ported to the Switch is a game that’s been made more special. You see this phenomenon regularly already. When Doom and Wolfenstein: The New Colossus got Switch ports announced, the reaction wasn’t “God, who cares, they’re already out on other platforms.” Being on other platforms doesn’t account for all of what the Switch can do. This baby is better than that.

Back at the other end of the month, Gamespot reported that Ubisoft’s sales on Switch were quite nearly even with Xbox One; a console out longer, and with more Ubisoft games on it. The only two Ubisoft titles currently on Switch are Mario + Rabbids: Kingdom Battle and Rayman Legends: Definitive Edition. The fact that such a short list can bring so much traffic to the Switch is a huge statement about the power and popularity of the Switch, and developers are listening.

Fighting for a different seat at the table 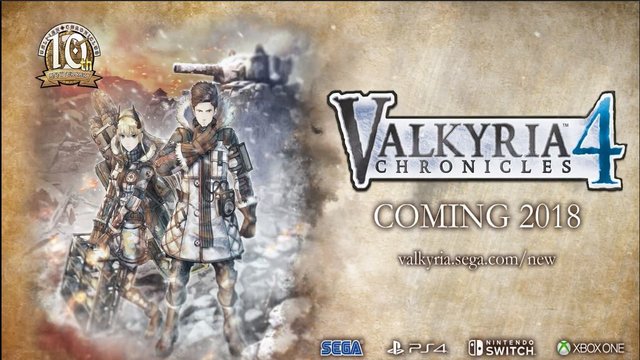 Through the last two generations of video games, I heard a lot of people talk about the average video game enthusiasts’ home like this: you have a Wii, and then either an Xbox 360 or a PS3. Although fewer people bought the Wii U, the effect was essentially similar there. You can also factor in a gaming PC somewhere, if you’d like. The point is this. The dynamic for a very long time was to buy the Nintendo box for the Nintendo games, and a different box for everything else. Nintendo always had a seat at the table, while for many gamers, Microsoft and Sony would battle for a place.

With the Switch, NIntendo said, “Screw that. We’re gunning for the head seat at the table now. Not by taking anyone else’s chair, but by making ours the best chair you’ve ever seen. It’s got a jetpack on the back and everything.”

What’s genius about this move is how in-character it actually is for the big N. Nintendo was never about copying others, but about doing their own thing. And with the Switch, they have made their own thing novel to a degree not seen since the 64 taught kids what polygons looked like. For a while, Nintendo slipped into the role of playing companion to the rest of the industry. In 2017, Nintendo made itself king once again.

All we can hope for for right now is that Nintendo is able to keep this up. We still don’t know a whole lot about what 2018’s first-party lineup will look like. If Nintendo is going to keep pushing hard to get its big names on the console, that hopefully means Metroid Prime 4 will show its face sooner rather than later. Past that, Animal Crossing seems like a no-brainer. Pokemon and Fire Emblem  have both appeared on the Switch, but only in the form of spinoffs; Pokken Tournament and Fire Emblem Warriors, respectively.

Outside of first parties, though, third parties continue to get on board. Next year’s Valkyria Chronicles 4 is slated for a Switch release, and upcoming Octopath Traveler is leading a charge of other games still on the way.

So long live the Switch. May its reign keep up the pace, and may it’s battery life not degrade too badly over time.

Get Retro With Musical Shooter PopSlinger this January