Good rhythm games are really beautiful as a cross-section of different artistic mediums. In the same way that a game with hand-painted visuals can strike players on an ocular level independent of gameplay, a game’s music can leave a similar impression. So why not harness that impression and fuse it with mechanics themselves? It’s not super often that we see a rhythm game get really big in this post-Rock Band, post-Guitar Hero world. Super Hexagon and Thumper are the only ones that readily come to mind. But Superbeat Xonic, first released in 2015 on Playstation Vita, is a nice little gem for those of us who do sometimes have an innate desire to be bad at music in a new and different way.

Superbeat Xonic radiates beat markers from the center of the screen, a method that might take some getting used to. Fortunately, the game also radiates fun and good game design, even despite slightly less suitable controls on the Switch.

Life behind the DJ booth 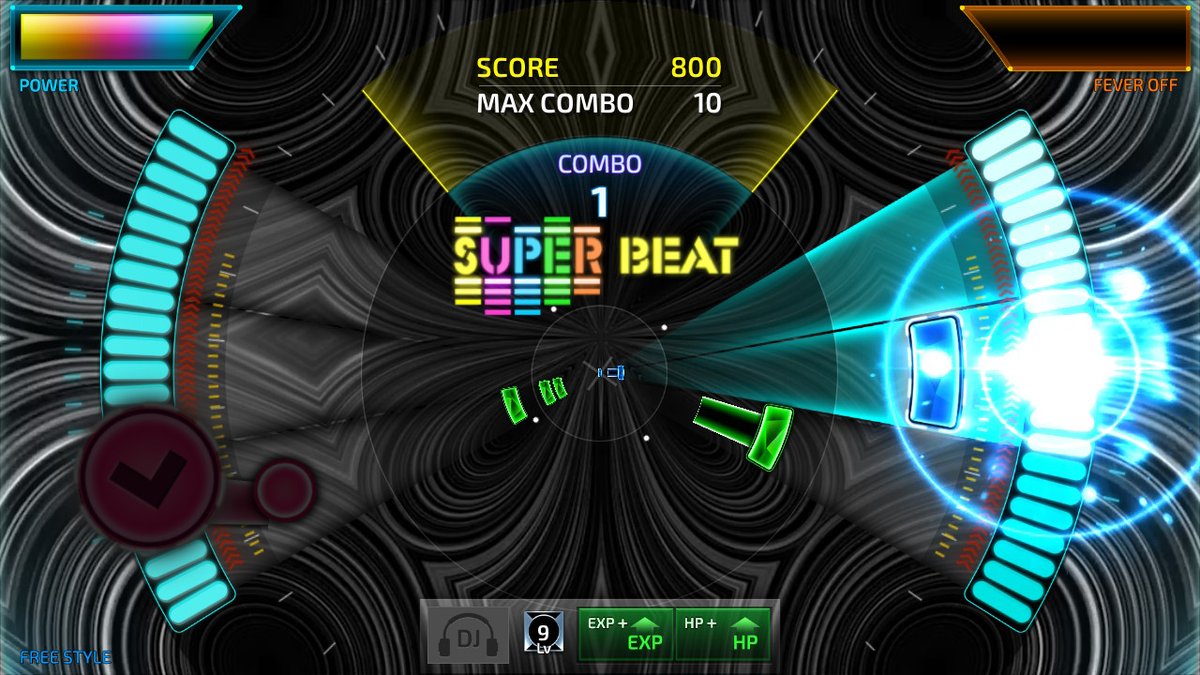 Superbeat Xonic arranges notes into different types of button commands in a really clever way. The game takes the face buttons on both sides of the screen and converts them into directional prompts. A, B, X, Y and the D-pad serve mirrored sides of the field, with either 2 or 3 of them (depending on game mode) corresponding to note markers as they come up onscreen. Both control sticks get stuff to do, too.

What makes Superbeat Xonic a unique experience comes down in large part to the way it uses its different inputs on a  song-to-song basis. Players can choose their difficulty through how many face buttons are demanded by a given song. Those buttons, the control sticks, and the triggers all correspond well to different elements of a single song. For example, you might play a track where a sustained long note is held on one stick while the face buttons on the other joy-con correspond to the song’s rhythm section or vocals. The layout works wonders towards immersing players in multiple parts of a song, all at once.

One drawback to the Switch version is in control scheme. The Playstation Vita’s buttons were small, and perhaps a bit awkward, but they had one thing going for them that the initial Superbeat Xonic release capitalized on. They were symmetrical. Playing the game on that system worked as well as it did because players could coordinate their thumbs in exactly the same way. The Switch doesn’t quite work like that. Staggered joysticks don’t ruin the good time, but they create a steeper learning curve when it comes to what players see versus what they do.

To draw the easiest possible comparison, think of a Guitar Hero controller. The layout of those colored buttons along the guitar neck directly corresponds to the layout of those same colored notes as they glide down the screen. This is like if two of those buttons were above the others on the neck, but they were all still in a single line on screen. 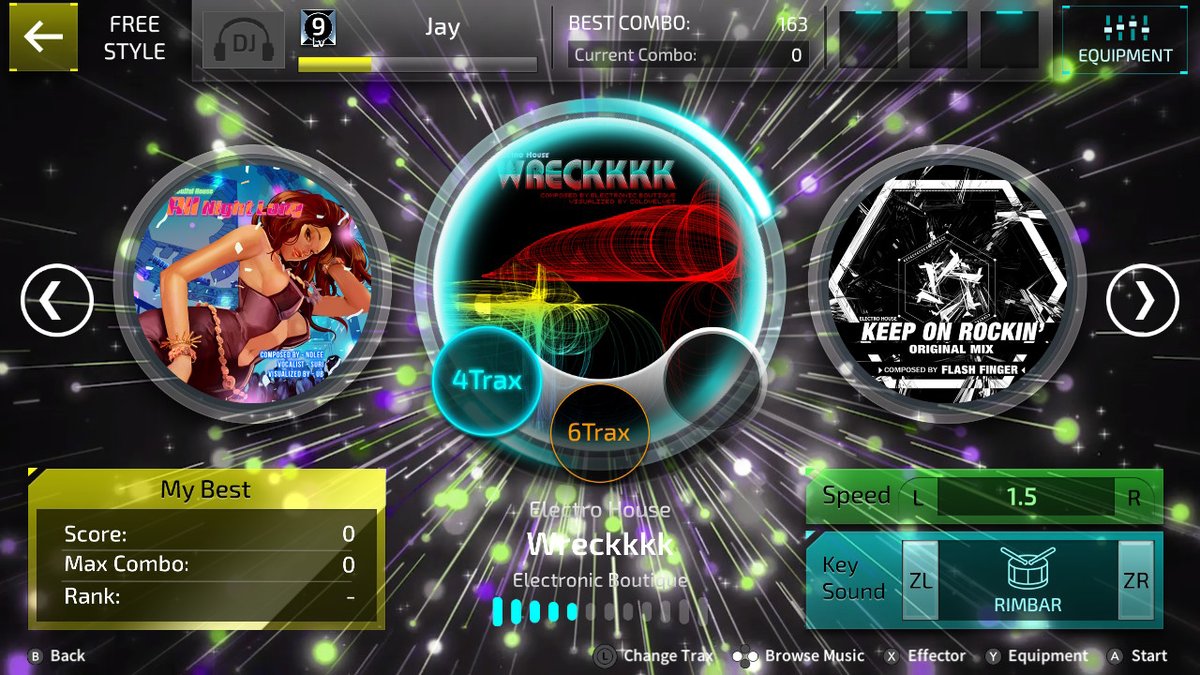 It shouldn’t exactly be a shocking thought to consider that Superbeat Xonic’s music itself is one of its big draws. The game definetley has an anime vibe in its art direction, right down to tracks that sound like opening tracks to Crunchyroll’s latest. The full set feels like a pretty thorough list of checked boxes. There’s the classical piano track, the generic early 2000’s pop track, and one that specifically sounds like a Kesha ripoff. There’s one that’s clearly meant to be a Linkin Park type, even.

The range of tracks is great, and everything from the Engrish-laced J-pop to tenacious house music leads to a good time. Different songs have their own base difficulties, but can be played with different numbers of button-specific tracks to think about. Even with button layout not quite as optimal as it could be, tracks are varied enough and just short enough that anyone with a basic sense of rhythm is going to feel some sense of progression.

The one catch about this is the Switch’s TV play versus off-dock play. During review play, I bopped my head along mostly in handheld mode. It worked well, having the entirety of the wave of notes coming out at me from the center of the screen. That kind of organization really works well, when the screen is small. When it’s large, however, it’s another story entirely. I found having things as stretched-out as they became when playing the Switch docked to be disorienting at times. In addition, the system wasn’t synced right with my TV, and the audio delay caused gameplay problems. Players will need to know how to adjust their TV and systems accordingly to solve that problem.


Superbeat Xonic has the same solid tracklist it always did. It’s great for those who want to play through kinds of music that feel familiar, but not predictable. The jump to the Switch isn’t perfect, and does in fact damage the experience in some small ways. But ways regardless, Superbeat Xonic is still a damn fine rhythm game to take with you on the go, wherever you might need to scream in frustration at a dance synth track with an anime girl on the cover.

Full disclosure: This review is based on a review copy of Superbeat Xonic provided by the publisher.